Netflix has just grabbed a movie with three of the biggest stars in the world attached to it.

On Monday,Deadline broke the news that Netflix had bought the rights to the heist movie “Red Notice” — starring Dwayne “The Rock” Johnson, Gal Gadot, and Ryan Reynolds — and would start production in 2020. The $130 million-budgeted globetrotting action movie, which is centered around the capture of the most wanted art thief in the world, will be written and directed by Rawson Marshall Thurber (“Central Intelligence,” “Skyscraper”).

The announcement was a complete shock to many in Hollywood, as the project had been in development at Universal since early last year whenthe studio bought it after a heated bidding war that involved all the major studios (Deadline noted that Netflix was also in the mix back then). Universal made the two previous projects that Thurber and Johnson teamed on, “Central Intelligence” and “Skyscraper.” But something clearly led to the duo parting ways with the studio.

Deadline reported that late last month, Thurber and Johnson sensed Universal was getting cold feet on the project, which by then had Gadot and Reynolds attached. The project had clauses in place regarding progress to production (the studio had the movie slated for a November 13, 2020 release), and leading up to the 4th of July weekend, an opportunity presented itself that the project could be shopped somewhere else, leading to Netflix jumping on it and nabbing a major title for its library. 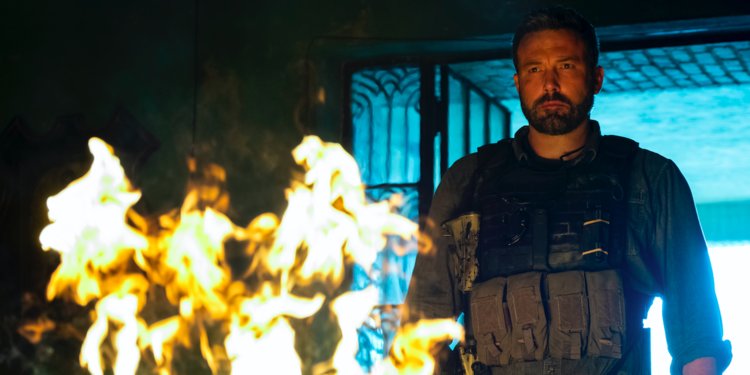 The purchase of “Red Notice” proves that Netflix is not through making big star-heavy movies like “Triple Frontier,” starring Ben Affleck.NetflixThe project as a standalone Dwayne Johnson movie was already a pricey one for Universal. Johnson is to earna $22 million pay day on “Red Notice” (huge in today’s movie business). The addition of the hefty salaries of the likes of Wonder Woman (Gadot) and Deadpool (Reynolds), and the movie being set in multiple countries, likely caused the studio to finally tap out on an project that’s an original movie and not a proven franchise.

Netflix, on the other hand, has had no trouble writing big checks, despite arecent report in The Information that the streaming giant was becoming more budget conscious, particularly on high-budget movies like the Ben Affleck thriller, “Triple Frontier.”

Read more: The 6 winners and losers at the summer box office so far

Along with “Red Notice,” Netflix has other high-priced projects in the pipeline, like Martin Scorsese’s “The Irishman,” which will feature pricey motion-capture tech to de-age stars Robert De Niro and Al Pacino; the Ryan Murphy-produced musical “The Prom,” starring Meryl Streep, Nicole Kidman, and Awkwafina; an upcoming George Clooney-directed project; and Denzel Washington producing the August Wilson play “Ma Rainey’s Black Bottom,” which will star Viola Davis and Chadwick Boseman.

Netflix needs these kinds of titles (especially “Red Notice”), as the competition that the service will face in the years to come will be fierce. With many conglomerates launching their own streaming services — Disney Plus, Apple TV Plus, and services from the likes of WarnerMedia and Comcast coming soon — the landscape is only going to get more cutthroat when it comes to where audiences turn to find their entertainment outside of a movie theater.