Paying attention to symptoms like headaches, dizziness and fatigue is crucial, now more than ever. 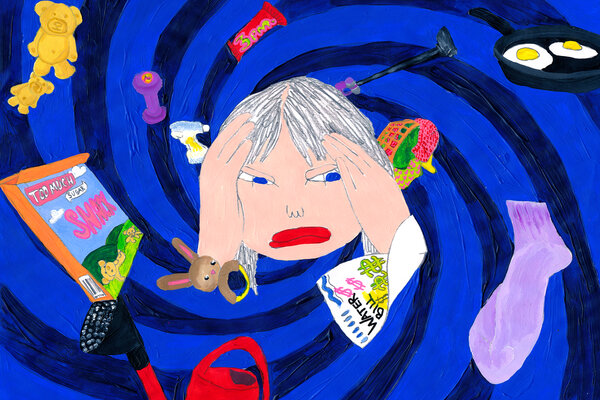 Throughout the spring, I knew that I was deteriorating physically. The room would randomly spin around me, fatigue would set in and migraines would hit, distorting my vision and making it nearly impossible to look at a screen.

I was worried about my physical health, but I also knew that such symptoms were commonly associated with stress. I had been trying to help my preschooler and kindergartner learn remotely, while caring for a nursing baby and working full time — all while dealing with a pandemic.

Separating a mental health concern from a physical health concern on your own can be difficult, said Dr. Leana Wen, an emergency physician and public health professor at George Washington University, and former health commissioner of Baltimore. The stress of caregiving can lead to seemingly vague symptoms like headaches, depression and even an increase in drinking, she added. “That’s why seeking help from your doctor, not waiting until it reaches a boiling point, and seeking help early is important.”

But that can be tricky during a public health crisis.

The mentality of ‘stay home’ needs to shift

The first time I booked a telemedicine appointment to discuss my long list of symptoms, my doctor suggested I get a coronavirus test. (I was appreciative. It was negative.) Beyond that, she said, it sounded like I was dealing with stress with a side of sinus pressure and that I should start taking Claritin.

One month later, I found I could no longer climb the stairs without needing to sit for a few minutes. A migraine hit with such force that I didn’t get out of bed for more than 24 hours. After a second telemedicine appointment, and another coronavirus test, I reluctantly asked to be seen in person. Blood tests revealed that I was severely anemic and had to be hospitalized for a blood transfusion.

According to a Kaiser Family Foundation health tracking poll of about 1,200 U.S. adults, nearly half reported that they or someone in their household had postponed or skipped medical care because of the pandemic.