The more people who become immune to the virus, the less this scourge will be able to mutate and evade the vaccines already available 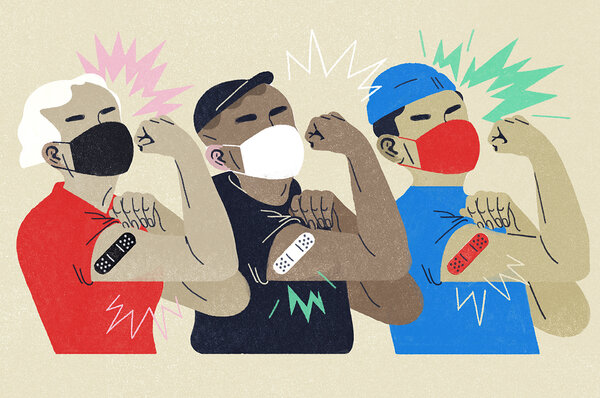 Had I been polled last fall, I would have registered as a Covid vaccine skeptic. I told anyone who asked that I was going to wait at least six months after a vaccine was approved, by which time I hoped we’d know more about the degree and possibly the duration of its effectiveness and its potential side effects, especially in the elderly.

I was hardly alone in my concern that political influence might result in premature approval of a vaccine before its safety was well established.

Well, that hesitancy quickly dissipated after listening to reports from the directors of the Food and Drug Administration and the Centers for Disease Control and Prevention and several vaccine experts I know and trust, all of whom gave an enthusiastic thumbs-up to both the Pfizer and Moderna vaccines.

So in mid-January, when Gov. Andrew M. Cuomo of New York announced that residents 75 and older would qualify for the vaccine, I found a computerized link to schedule an appointment five days later.

At the mass vaccination site I went to in Brooklyn, everyone I encountered was cheerful, patient and reassuring, even the young woman checking me in who couldn’t find me on her list of 3 p.m. appointments. “Don’t worry,” she said reassuringly, “you’ll get the vaccine.”

At the next window, a young man from Nigeria checked my ID and Medicare card and figured out what had happened. Turned out I had inadvertently booked a 3 a.m. appointment, not realizing the site was open 24-7. Another “don’t worry,” and I moved on to a young technician from Florida who painlessly injected the Moderna vaccine into my left arm.