This article is part of our latest Design special report, which is about taking creative leaps in challenging times.

Phaidon hatches a book about Nest.

The design magazine Nest brought readers on a rollicking ride from 1997 to 2004. While better-mannered shelter books were worshiping white space, Joseph Holtzman, the quarterly’s owner and mastermind, carved up his pages and spattered them with glitter. Dizzying, layered patterns formed borders around photo essays about the domains of robber barons, moviemakers, prisoners, hospital patients, orphans and star-struck teenagers. Satan was portrayed as a devoted subscriber.

Mr. Holtzman at times felt as if “I was behaving like a free-form skater out on the ice for all to see,” he writes in a new book, “The Best of Nest” (Phaidon), edited by the designer Todd Oldham, who also photographed for the magazine.

In brief essays, Mr. Holtzman recounts the roots and evolution of each issue. An unclothed young couple posed for one cover’s photographs while living in a Manhattan hotel room, “amid plastic fauna and flora in a garden folly I’d commissioned from landscape architect Ken Smith,” he explains. Near the end of the magazine’s run, he scalloped the page edges while “living on the edge,” spending weeks in a suburban psychiatric facility “where the doctors performed a miracle switchover of my psych meds.”

Nest, which is also the subject of a commemorative essay in a 2020 issue of Aperture magazine, still inspires nostalgia among subscribers. “It really transcended its indie-ness and retained it as well,” said the design historian Steven Heller. Grace Lees-Maffei, a professor of design history at the University of Hertfordshire in England, described Nest as tactile, refreshingly messy and “a really very rich step away from what the rest of the shelter publications were doing.” She added that given its varied subject matter, “It is a kind of peep show, not so different from Zoom in a way.” EVE M. KAHN

On Oct. 17, a tribute to Enzo Mari, a leader of contemporary Italian design — and its most notorious iconoclast — takes over the first floor of the Triennale design museum in Milan. The show, “Enzo Mari Curated by Hans Ulrich Obrist” (with Francesca Giacomelli), will include not only the 88-year-old visionary’s 250-plus product designs, but also exhibitions, graphics and speculative research projects. You’ll find his graphic perpetual calendars, snugly fitted wood animal puzzles and aluminum chairs with half-moon backs and skinny, insectlike legs. There will also be artworks, created as homages by admirers as diverse as Louis Vuitton’s fashion director Virgil Abloh and the retro-futuristic designer Nanda Vigo, who died in May of Covid-19 at 83. 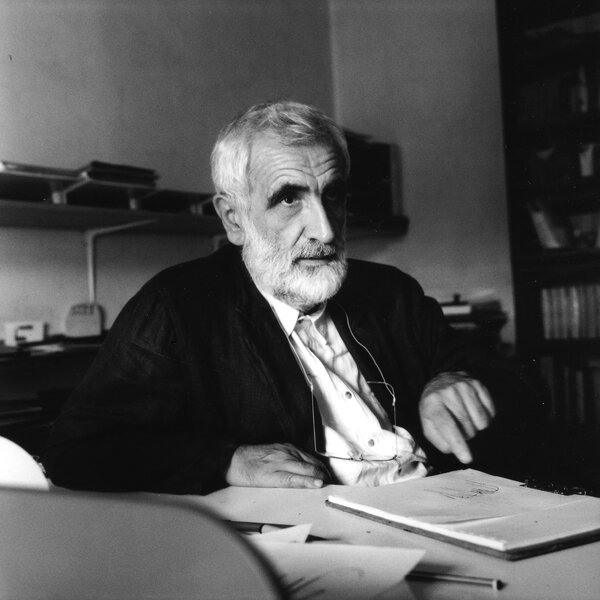 Mr. Mari, a renowned curmudgeon, frequently lashes out at his peers. (He once declared the Dutch architect Rem Koolhaas a pornographic window dresser.) But Stefano Boeri, the Triennale’s president, interprets him holistically. In the exhibition catalog, Mr. Boeri explains that while Mr. Mari displays scorn for the superficial mediocrity that he sees in the fields of design and criticism, it is offset by the profundity of his work and his enthusiastic exploration of the world around him. Through April 18; triennale.org. ARLENE HIRST

Jerald Cooper has spent the last 15 years living in cities with serious architectural bona fides, but it wasn’t until he moved to Los Angeles in 2017 that his design radar picked up on something irresistible: Pann’s restaurant, a prime example of the Googie style popularized in the 1950s.

While Pann’s is recognizable far beyond South Los Angeles, thanks to its appearances in movies like “Bewitched” and TV series like “Insecure,” Mr. Cooper, who is in his mid-30s, became equally enamored of the neighborhood’s less-lauded buildings of the same period. Six months ago, he began posting them to an Instagram account he called Hood Century.

Hood Century relishes buildings with midcentury flair that tend to be overlooked: gas stations, carwashes, pharmacies, dry cleaners. The coverage is enthusiastic, and, at times, personal: a meme pairing a 1964 Pontiac Tempest with a Craig Ellwood-designed house in Malibu; a primer on John Chase, the first African-American licensed as an architect in Texas; a history lesson on the style Streamline Moderne; and an homage to the Superdome in New Orleans.

Cataloging these buildings is less about respecting neighborhood architecture in a Jane Jacobs sense than in preserving Black identity. “Historic preservation is such a loaded term” that it messes up the whole vibe, Mr. Cooper said. “I just want knowledge about their neighborhoods to be in people’s DNA.” KELSEY KEITH

The artist and educator Bob Ross, whose chipper television performances encouraged countless amateurs to try landscape painting, built his art empire in unprepossessing surroundings. In the 1980s, a public television station filmed about 180 early episodes of his show, “The Joy of Painting,” at a buff brick house built in the late 1800s on a side street in Muncie, Ind.

The building, now part of the Minnetrista museum and gardens, opens to the public on Oct. 31 as “The Bob Ross Experience.” Selfies are allowed amid 1980s camera equipment, Mr. Ross’s paintings and well-worn art supplies and replicas of the TV studio’s orange carpeting and yellow walls. An old-fashioned TV in a wood console is installed alongside a rotary-dial phone. Crumpled paper towels on the floor evoke the messiness of the original set, where Mr. Ross would realize his idyllic scenes in less than half an hour each.

“He made it look so effortless,” said Jessica D. Jenkins, Minnetrista’s vice president of collections and storytelling. Mr. Ross died in 1995.