Back in September 2019, as activist and 2019 Nobel Peace Prize nominee Amanda Nguyen sat front row during New York Fashion Week, she heard attendees ask each other over and over, “What are you wearing?” The question is innocuous and joyful in the context of fashion, but as a rape survivor, Nguyen couldn’t help thinking about how hostile it felt when she’d been asked the same thing by law enforcement.

Then it clicked: What if survivors reclaimed those words and walked proudly wearing whatever they wanted? From there, the idea for the Survivor Fashion Show was born. 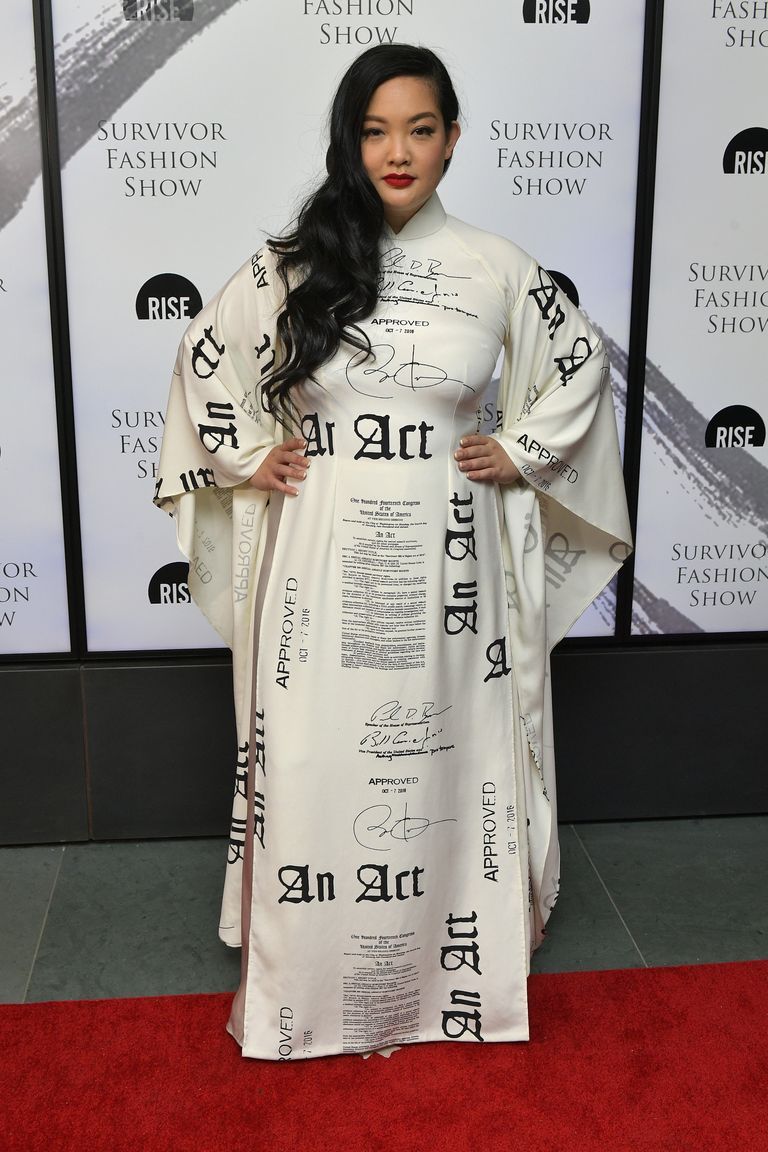 Nguyen is the founder of Rise, a non-profit that protects and supports sexual assault survivor rights. She created the organization after her assault in college, once she saw how flawed and traumatizing the legal system was for survivors. Since its inception in 2014, they’ve helped to pass 42 laws federally, and now they’ve set their sights on making an impact globally, including hosting survivor town halls at the United Nations and meeting with the Vatican.

Speaking of the U.N., “Originally we wanted to do this last year at the United Nations, but then Covid hit. It’s okay, we’re at the MoMA!” Nguyen said excitedly last night. Wearing a custom ao dai (a traditional Vietnamese dress) printed with the Survivor Bill of Rights, the first federal law she ever successfully convinced Congress to pass, she kicked off the runway show by presenting an award to Victoria Sulimani, ambassador to Sierra Leone, for her advocacy. 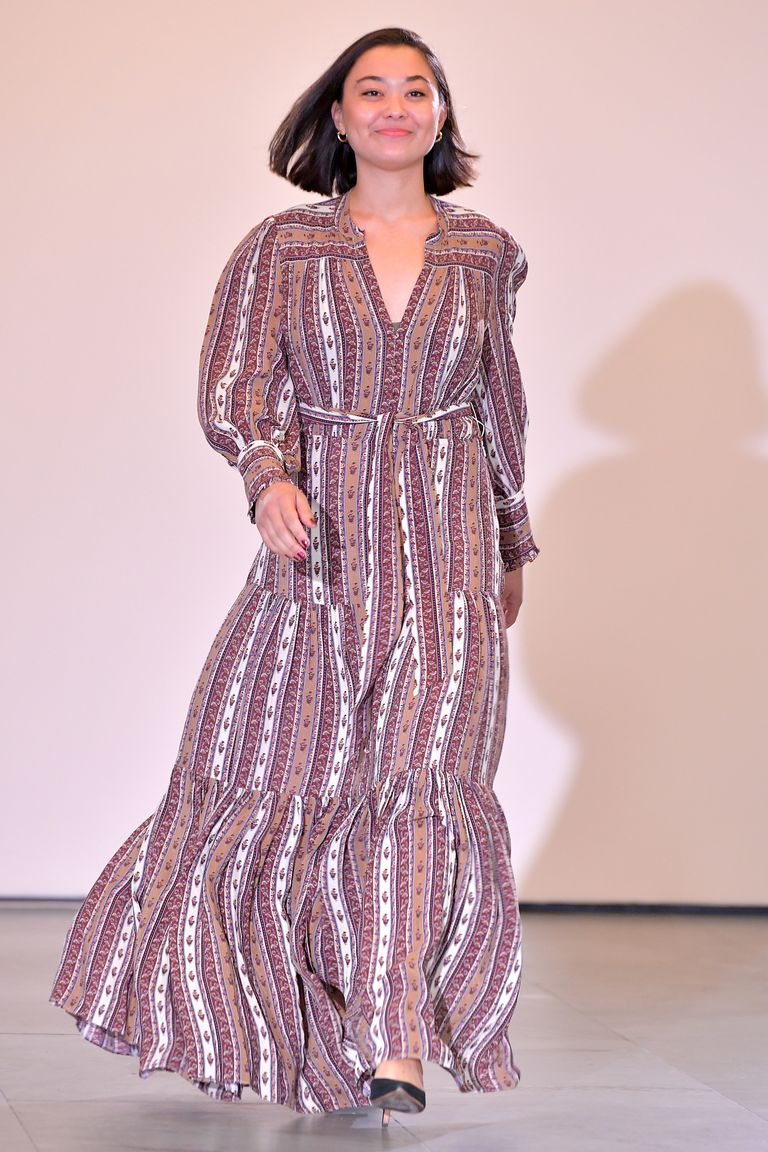 Terry Crews opened the show in a dark suit. Other models included a mix of activists, survivors, and allies, among them Chanel Miller in a printed flowing Veronica Beard dress, Kelly Marie Tran in a cobalt blue jumpsuit, and Kweku Mandela, grandson of Nelson Mandela and co-founder of Africa Rising Foundation, in black trousers and a striped poncho. With the help of brands like Chloe, 3.1 Phillip Lim, and Veronica Beard, models wore what felt most true to their style and walked down to the cheers of the audience.”Tonight was about reclaiming our power and saying no to victim blaming,” said Nguyen.

“Previously for interviews I felt the pressure to be composed, and I refrained from showing hints of personality. Amanda made a runway where we could be authentically ourselves and the only rule was to walk with your head held high,” Miller said after the show. “I spent so long shielding myself and this was an opportunity to walk with survivors in front and behind me.”

As for Nguyen, reached this morning she says, “I’m grateful, empowered from last night. I can’t wait to do this again in September 2022 and every year after that.”