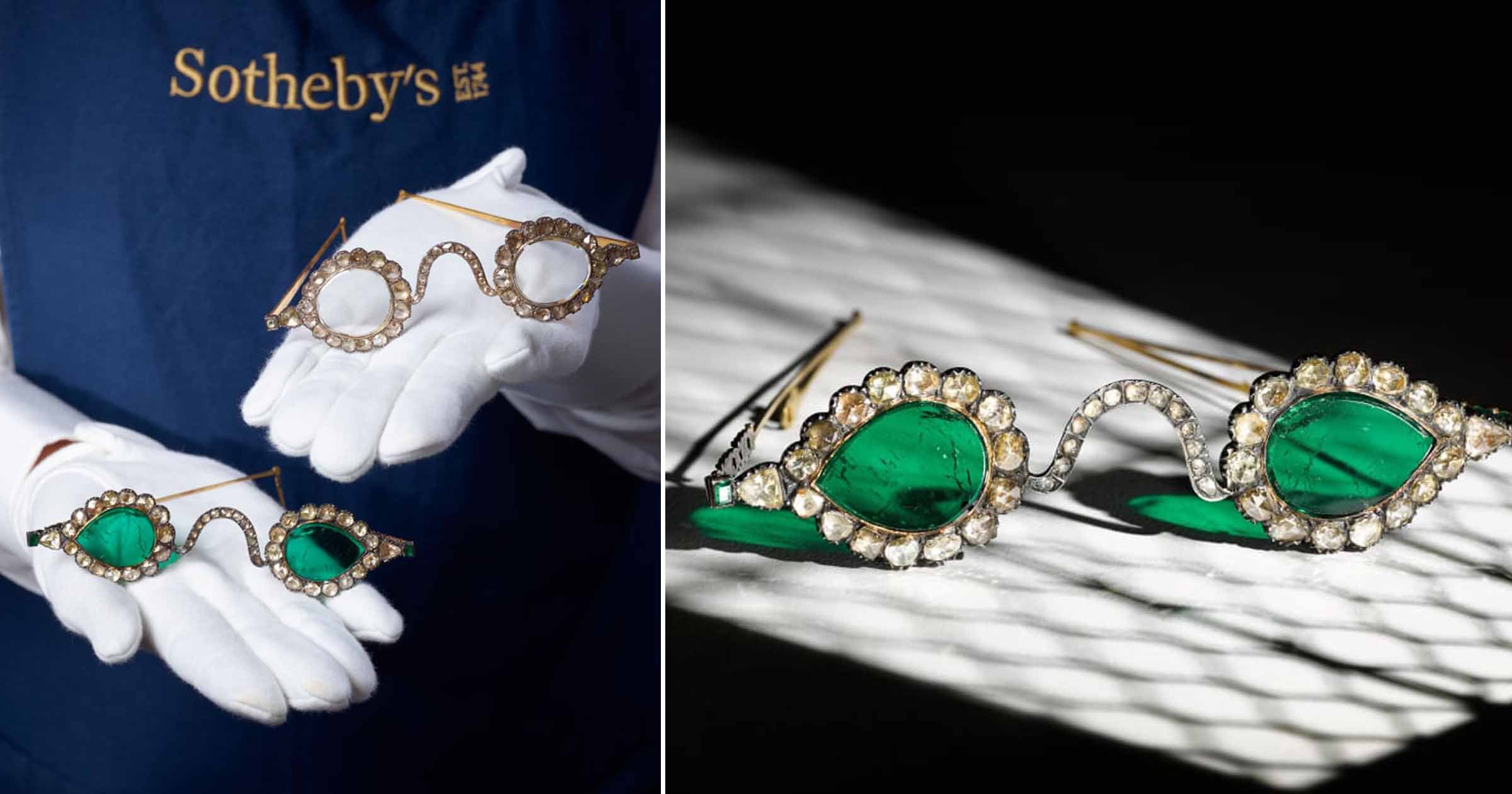 These pairs of stunning, jewel encrusted antique glasses are thought to banish evil spirits – and now they could be yours.

In what will be a notable auction sale, the pairs of 17th century glasses – believed by some to have special powers – are expected to go for millions.

The glasses have a rich history and are thought to have been owned by royals in the Mughal Empire, which used to rule over the Indian subcontinent and had a reputation for advancing jewellery craftsmanship in South Asia.

Originally they may have belonged to an emperor, their inner circle or a high-ranking courtier.

The glasses are adorned with a wealth of jewels and the lenses are made with diamond and emerald, instead of glass.

The theory is that while wearing them, a person can experience enlightenment and ‘cast away evil’.

Before they go for auction in October, they’ll be touring in London, New York and Hong Kong so that the public can get a last view of them.

Speaking to CCN, the chairman of Sotheby’s Middle East and India, Edward Gibbs, said: ‘As far as we know, there are no others like them,’ which is why they’re so prized.

He estimates both glasses will sell somewhere between £1.5 million and £2.5 million.

Part of the reason they’re so valuable is due to the size of the gemstone lenses.

One of them is thought to have got its gemstones from a 200-carat diamond – which experts think could be the largest diamond ever found – hence its name as the ‘Halo of Light’.

Meanwhile the other pair, which features green stones, is known as the ‘Gate of Paradise’ and its believe a single Colombian emerald of over 300 carats was used for its creation.

Back in the 17th century the area of the glasses’ origin was the ‘sole source of diamonds in the world’, and gemstone cutters had to work by hand, Edward said.

In Islamic and Indic beliefs, the gemstones were linked to spirituality and the energies of the universe, as explained by Edward.

Green is also a significant colour in Islam, being associated with paradise, so looking through green-tined glasses may have been an experience that ‘led you through the gateway into paradise’, he adds.

It’s also thought that that European influences are shown the glasses, due to people travelling and Jesuit missionaries.

In the 19th century the frames were replaced, and this how they remain today.