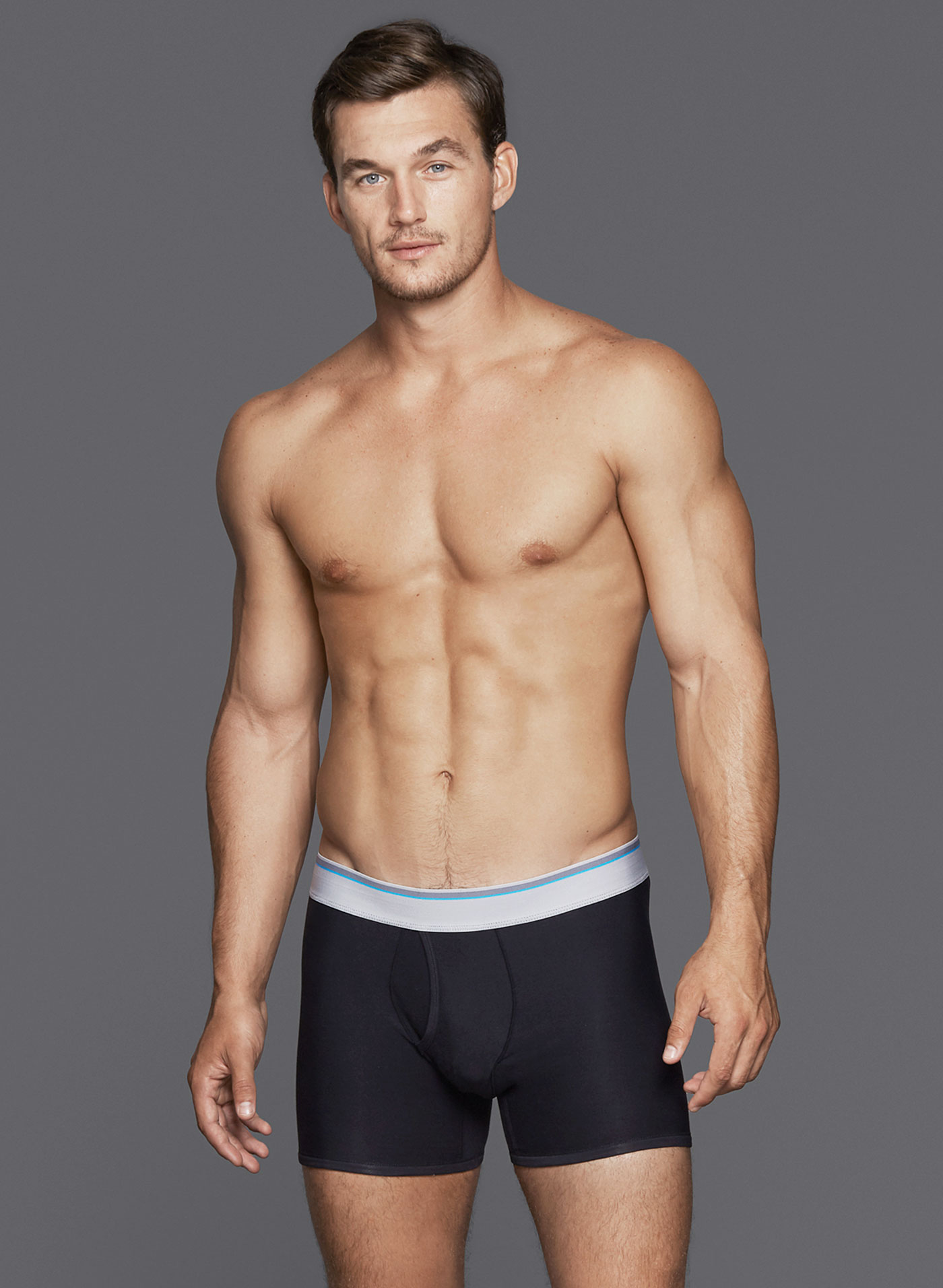 We’ve got the perfect Tuesday treat that is sure to perk up anyone’s afternoon.

If you’ve ever wanted to see Tyler Cameron in underwear, your wish has officially been granted. The former contestant of The Bachelorette (who is now dating Gigi Hadid) is now modeling for the men’s basics brand Mack Weldon.

Celebs in Undies: Stars Who Flaunt What Their Mamas Gave Them in Lingerie

The simple and sexy campaign, which just went live, features the 26-year-old in black boxer briefs with a white and blue waistband. The $24 undergarment is the brand’s 18-Hour Boxer Brief. They are made from jersey fabric with mesh zones that maintain breathability. As wonderful as that all sounds, we must say that it’s his toned abs and strong arms are definitely getting all our attention.

Although it may seem like he took some modeling cues from Hadid, the campaign was actually shot before he even began filming the Bachelorette. 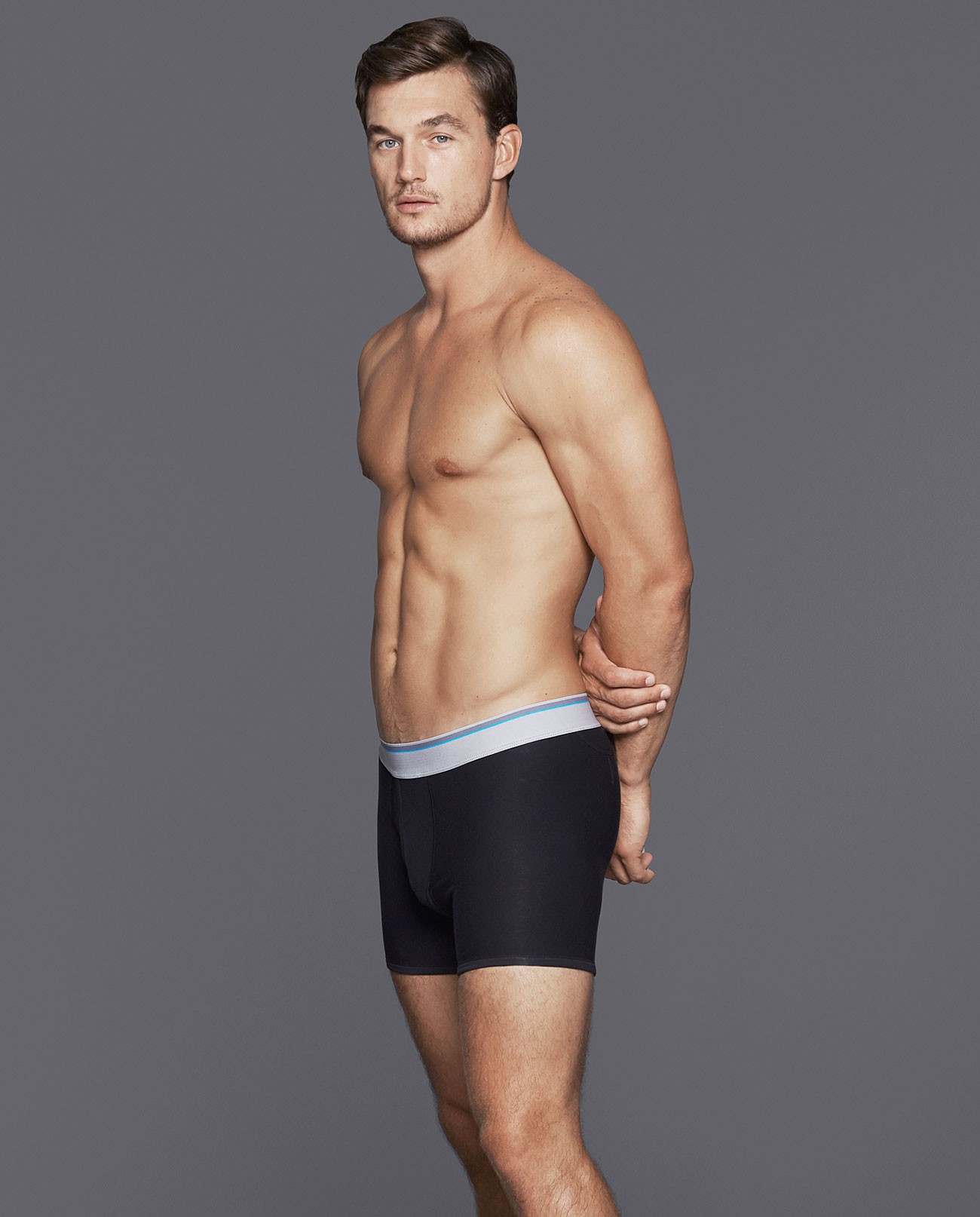 The up-and-comer has made quite a splash in the last few weeks since the season 15 finale of The Bachelorette aired. After losing Hannah Brown’s heart to Jed Wyatt, the engaged couple broke it off when she learned he entered the show having a girlfriend. After the After the Final Rose episode, Cameron was spotted leaving the Bachelorette’s L.A. home on Friday, August 2.

“He spent the night,” a source told Us Weekly. “He went to her house and stayed there and left in the morning.”

Then just a few days later on Sunday, August 4, he was seen at Dumbo House in Brooklyn with Hadid. An eyewitness told Us the two “were laughing and having a great time with each other,” before they went back to her apartment in the NoHo. Just the next night, August 5, the two were spotted on another date at Frames Bowling Lounge.

We wonder if she’s giving him runway tips along the way.