Anyone who’s ever seen Billy Porter step out in clothing knows that the actor is all about theatrics. After seeing his fuchsia-lined cape at the Golden Globes, his Christian Siriano tuxedo gown at the Oscars, his political “uterus dress” at the Tony Awards, and the Egyptian-inspired masterpiece he wore to the Met Gala, we’re well aware that when Porter arrives, expect a damn show.

The Pose star’s latest fashionable appearance literally was, in fact, a show. Tipping a hat to his Broadway roots, the Tony winner performed at The Blonds’ Spring 2020 runway extravaganza last night, which was a collaboration with the new stage adaptation of Moulin Rouge!. Aptly, Porter sang the musical’s iconic “Lady Marmalade” with members of the cast to close the program. (Of course he hit all of Christina Aguilera’s high notes. Is that even a question?)

He also performed his own self-empowerment dance anthem, “Love Yourself.”

The event took place right in the Al Hirschfeld Theater, Moulin Rouge!‘s current post and the former home of Kinky Boots, the production that earned Porter his Lead Actor Tony Award in 2013. “It’s all so full circle and fabulous,” Porter later reflected on Instagram.

The Blonds’ latest offering was full of corsets, bustiers, and rich, red and black lace—as if they were pulled straight out of Baz Luhrmann’s universe. Porter wore a standout white ensemble—which he described as “biker bride”—consisting of a crystal-covered catsuit, matching boots, a floor-length coat, and a towering headpiece. 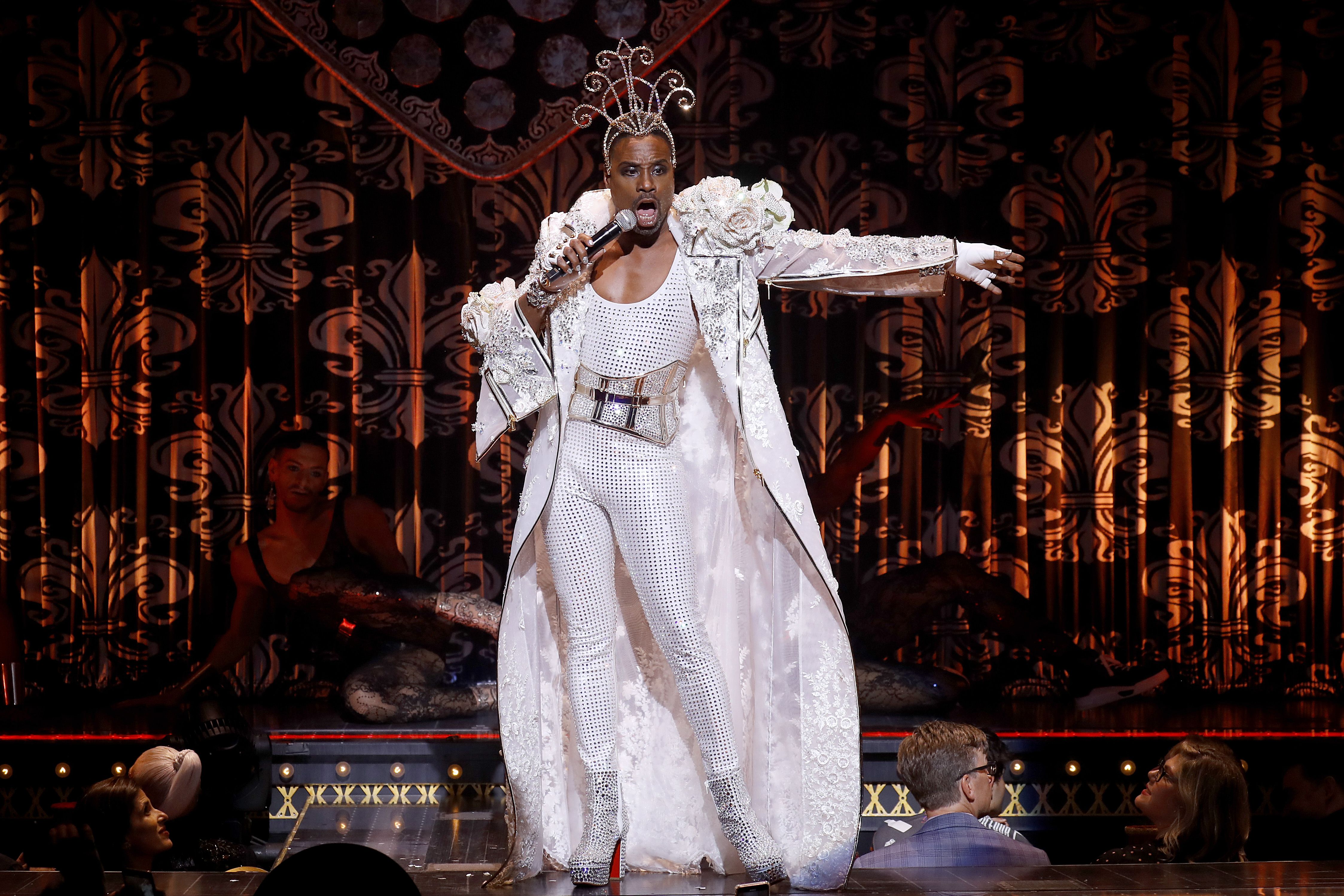 Porter’s wasn’t the only celebrity to cameo at The Blonds’ show last night. Paris Hilton also had a full showgirl moment onstage, arriving on an Eiffel Tower prop in a shimmery silver ensemble with a group of male dancers.

We’ll next see Porter at the Emmy Awards (he’s nominated for Lead Actor) on Sunday, September 22. Whether or not he leaves with a trophy, he’s slated to win the red carpet no matter what.