DESPITE running her own hugely successful cake business and baking for The Queen, making cakes hasn't always been a big part of Michelle Shulman's life.

The mum-of-two, 42, from Eaton Bray in Bedfordshire, only ever dabbled with baking during her home tech classes at school – but threw herself into it when she began making her daughters' birthday cakes. 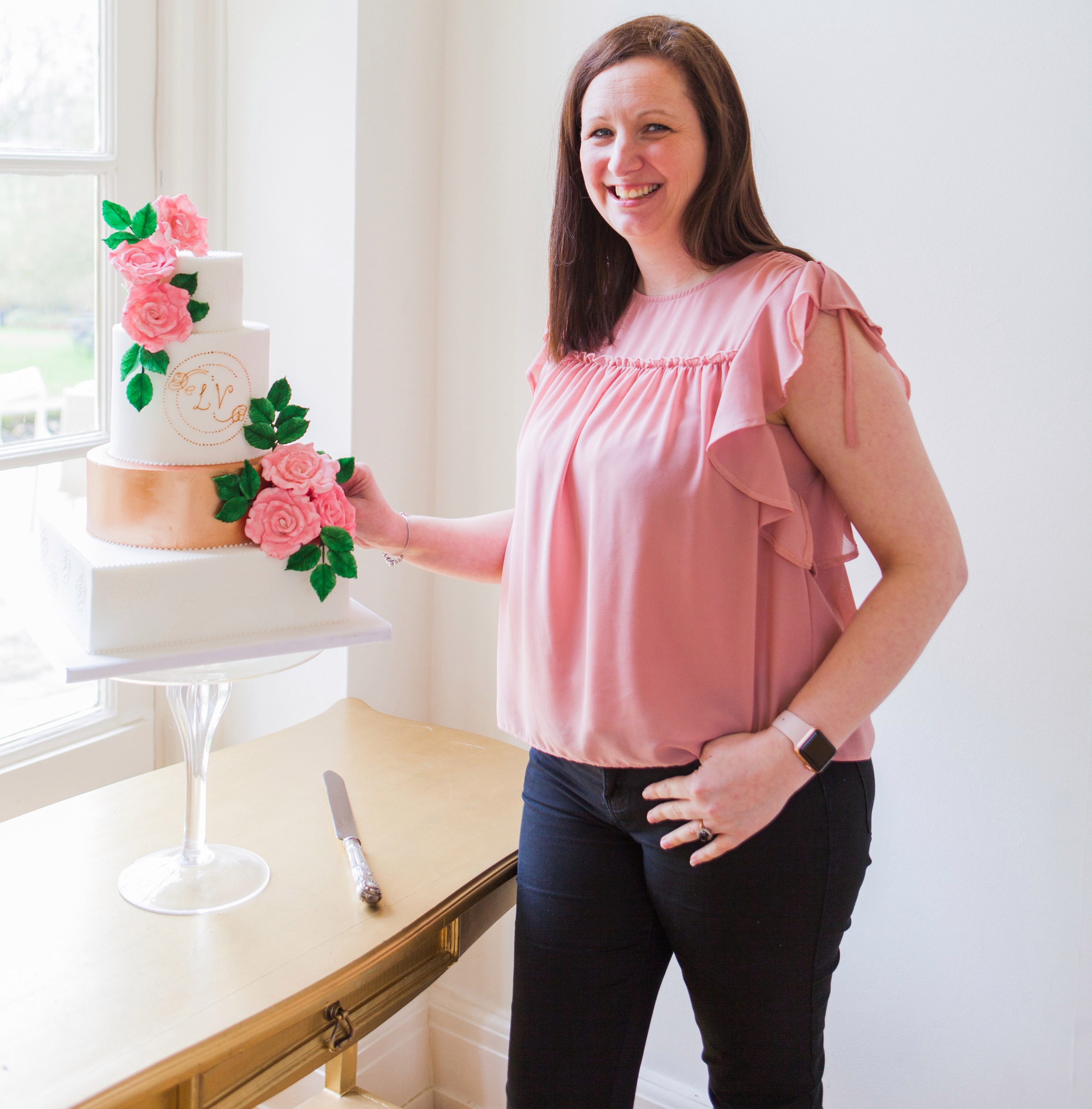 After impressing mums with her extravagant cakes – which would often be in the shape of Disney princesses – Michelle began taking orders from parents at her daughters' play group and local nurseries.

Unsurprisingly, Michelle was inundated with orders as a result of her creative and purse-friendly designs – but began struggling with her work-life balance when customers would call her home late at night.

Six years after she set up her business – which was originally called Cakes by Shelly and now goes by La Belle Cake Company – Michelle suffered a total breakdown which forced her to make some drastic changes to her business. But fortunately, her risks have paid off.

Michelle spoke exclusively to Fabulous Digital for our #BOSSINGIT series about ordinary women who have launched incredible businesses.

Although she inherited the "baking gene" from her grandmother and experimented with cake designs in food tech, it wasn't until she had her daughters – Fiona, 19, and Kelsie, 16 – that Michelle really threw herself into the hobby.

The mum explained: "I was always making cakes for the kids' birthdays.

"But when they got to play group age and we'd be hosting birthday parties that couple of mums would say 'you're really good, can you make a cake for my little one?"

At this point, it was 2005 and Michelle was a stay-at-home mum – having drifted between jobs at McDonalds, the Foreign Exchange and working as a cleaner in a pub before having kids.

As she grew in confidence with cake-making, Michelle educated herself by buying more recipe books and tins – but she believes her skill came naturally from watching her grandma bake for so many years.

She said: "Whenever I saw her on a Saturday she always had some kind of cake she was making going off to a neighbour or for someone’s birthday.

"I made my 13th birthday cake with her, it was a little record player with a Kylie and Jason record stuck on the front."

When she first started out, the mum found the financial side of things so awkward with other mums that she only charged up to £15 for cakes to feed between 20-40 children – even if they cost £25 to make.

But even though she was originally losing money from her hobby, Michelle said the outlet was "like therapy to me."

She added: "I’ve always loved it. It’s almost like a therapy for me. I’ll put some music on and I’ll just get on with it. I’ve always really enjoyed it." 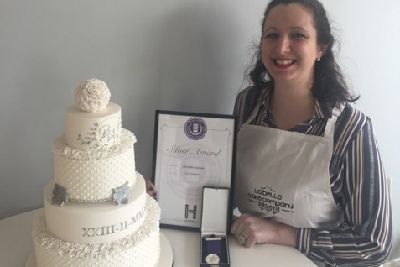 In May 2006, Michelle officially launched Cakes by Shelly as a business to coincide with the new tax year – and for the next six years, she worked out of her kitchen at home.

At the start, the aspiring entrepreneur paid £20 to get business cards made and would only buy ingredients for the cakes as and when the orders came in.

Without a fancy website in place, the mum-of-two found Facebook – which was still in its early days – a great way to connect with her customers and resulted in her first wedding cake order.

"Orders just started rolling in," Michelle recalled. "Someone would have a cake at their party and I would leave a couple of business cards with it and then I'd get more orders from their guests."

As well as using social media to promote her business (and make online albums devoted to her designs), Michelle also sold a cake in the shape of theFifi and the Flowertots cottage for £55 on eBay – something she would charge upwards of £200 for now.

I’d be starting at 8 o’clock in the morning and not finishing until gone midnight. I had no work-life balance and it just wasn’t going right and it was at that point where I just broke down and had had enough, I couldn’t do it anymore, I just wanted to give up and I got a knife and tried to put it in my stomach in front of the kids

But as her business started to skyrocket, Michelle started struggling more and more with her mental health.

She explained: "It was just building up and building up. There was always cakes on my kitchen table.

"We’ve only got a kitchen-diner in our house and I couldn’t escape it at that point, which was both a blessing and a curse."

In May 2012, Michelle suffered a breakdown – having already made two extravagant wedding cakes that week and with four other birthday cakes on the go.

With customers calling her home phone at all hours of the day to order cakes and her work covering every surface in the kitchen, Michelle couldn't hold it all together any longer.

She recalled: " I was making a cake in the shape of Bagpus and for whatever reason it just wasn’t going right.

"I’d be starting at 8 o’clock in the morning and not finishing until gone midnight. I had no work-life balance and it just wasn’t going right and it was at that point where I just broke down and had had enough.

Michelle's husband Daniel, 44, rushed home to find his wife a "crumbled mess on the floor" – sobbing and rocking back and forth.

What is bipolar disorder and what are the symptoms?

Daniel then called the emergency services who sent out a crisis team to help Michelle, who had previously suffered with post-natal depression after Fiona was born.

"They said to me ‘did you actually want to hurt yourself?’ and I said ‘no, I probably didn’t’," Michelle said. "It was just that cry for help. I don’t think anybody around me realised just how much it was overwhelmingly me.

After the incident, Michelle began seeing a therapist – who helped her whittle down her daily 40-item to-do list – and was diagnosed with bipolar disorder.

In an attempt to add some much-needed distance between her work and personal life, the businesswoman finally took the plunge and rented out her own shop – which allowed her to get her kitchen back for the first time in six years.

But it still wasn't all smooth sailing from here – and for the next five years, Michelle was too scared to raise the prices of her impressive cakes for fear of alienating her loyal customers and racked up rent arrears.

She said: " I couldn’t pay the rent and I was making excuses and the landlord came in. I was playing shop, I was like ‘yay this will be exciting, I’ve got a shop, it looks great, this is exciting’ and I didn’t look at the fundamentals.

"But there was no-one out there to help me with the fundamentals either."

However, Michelle says there were two vital things that helped her take her business to the next level: Daniel coming on board to help the day-to-day running of the shop in 2015 and rebranding as La Belle Cake Company two years later.

"Cakes by Shelley is great but it sounds very home bakish and that’s stopping me putting my prices up because I don’t sound very luxury," she said. "I wanted to start working with all these high-end venues and as soon as I rebranded, everything changed.

"I would always send my wedding cake pictures into wedding cake magazines but hardly ever heard anything -but as soon as I rebranded, I had sent off the same pictures and they then got featured.

"The business has grown more in the past two, three years then it ever has before."

This rebrand finally gave the confidence to put up her prices – and she now charges £500 for a basic wedding cake (which still takes up to three days to make) in comparison to the £275 she used to make.

Unsurprisingly, this has made a huge difference to Michelle's business – which has turned over an impressive £500k in the past 14 years and now has an annual turnover of £70k.

As well as making Olivia Atwood's wedding cake, Michelle even baked for The Queen when she visited local Berkhamsted school in 2016 for its 475th anniversary. 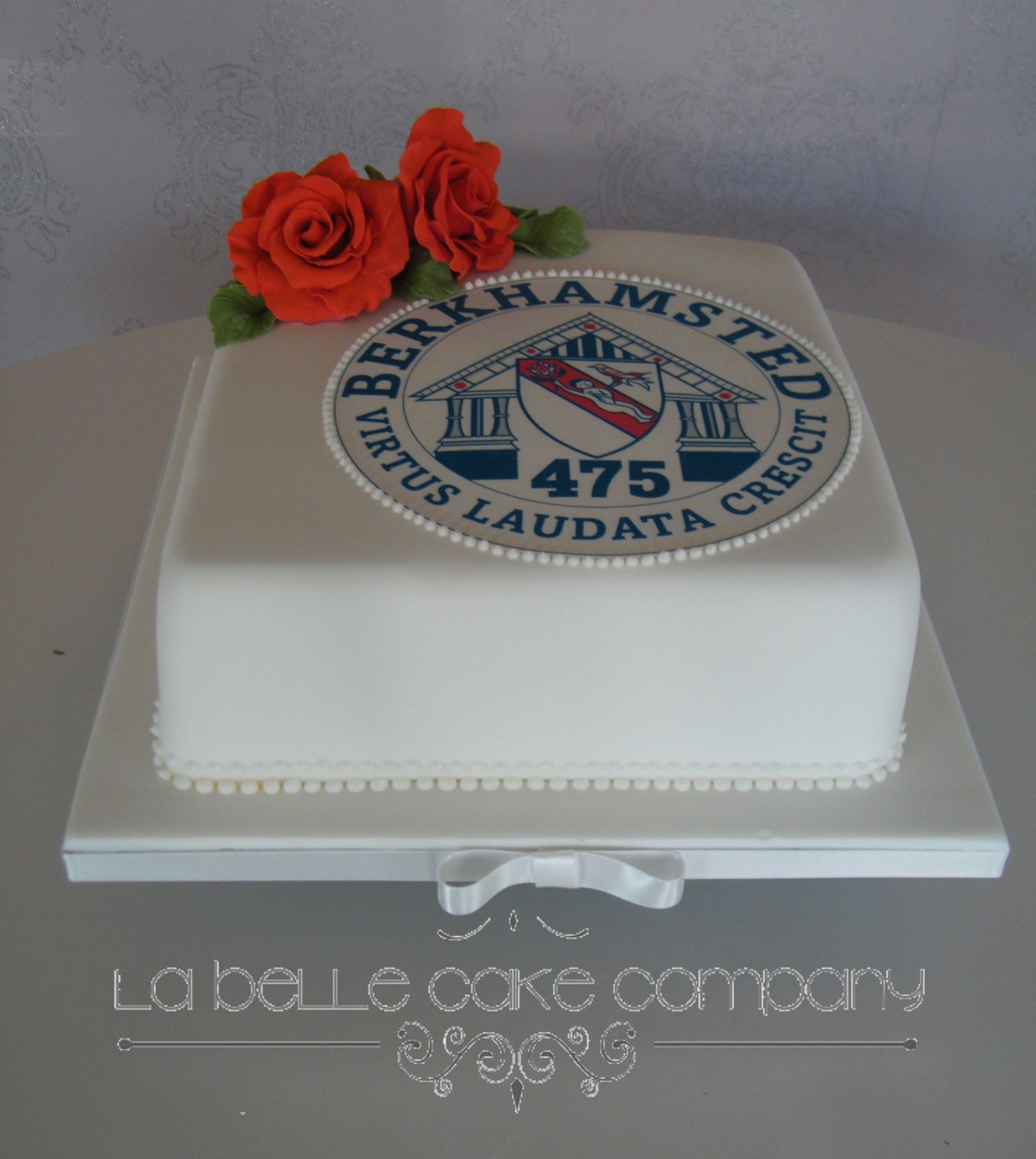 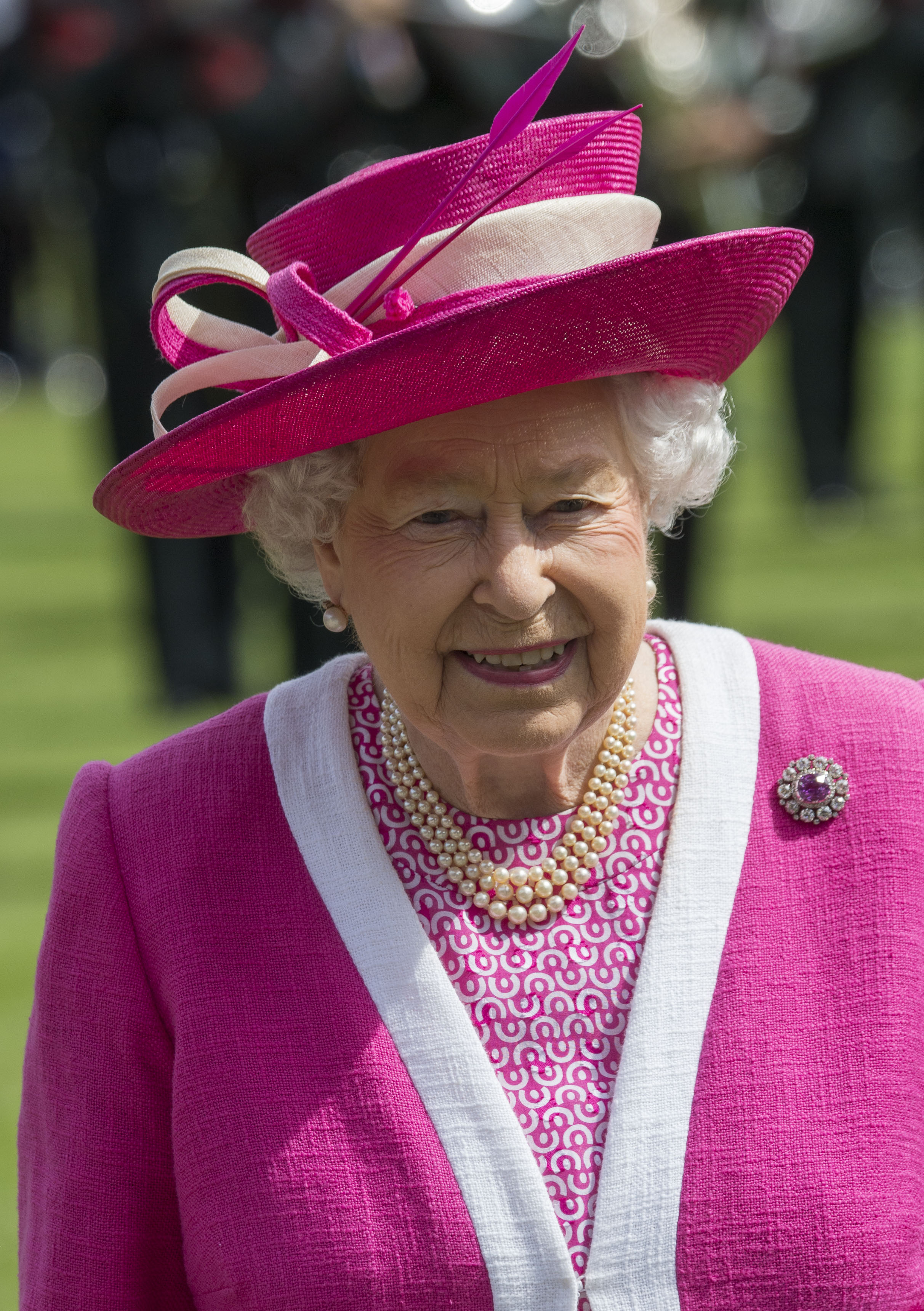 Explaining how she got this impressive gig, Michelle said: I’m such a cheeky person, I don’t wait for things to come to me anymore, I go out there and grab things by the b***s.

"I knew that she was planning on visiting so I contacted her with the school and asked if they'd like me to make the cake for her to cut.

"They said ‘that would be amazing’ and obviously it wasn’t something that I charged for but the publicity was great."

Naturally, Michelle made a classic fruit cake for Her Majesty and neatly decorated it with the school's logo and some pretty roses.

But while you'd expecting baking for royalty to be the biggest highlight of Michelle's career, the mum had something else in mind entirely.

She said: "My biggest highlight was baking a cake for Take That. I am a huge, huge fan of Take That and that was my first ever celebrity commission.

"It was for their Sing Star launch. My friend is a bigger Take That fan than I am, she actually makes me look normal!

"She knew about the event and so she said it was coming up and that it was for a charity, so I reached out and said that I would like to make a cake for the event and they came back and said ‘yes please, that would be fantastic’ so yeah I designed the cake and we got to go to the event which was amazing."

Unfortunately, Michelle didn't get to meet her idols that night – but the knowledge that they'd enjoyed her best-selling rich chocolate cake decorated with the band's logo was enough of a thrill…. that combined with the free Playstation and games she was given by Sony too, of course.

For more inspiring Bossing It stories, we spoke to Cherish Reardon who founded Popsy Clothing when her anxiety made it impossible for her to apply for jobs – now it's set to make £1m and Ladbaby Mum's a fan.

And Victoria Eagle was battling post-natal depression when she set up her stationery business on eBay and now it's made £500k.

Plus Cecily Mills of Coconuts Organic crowd-funded £400k towards her ice-cream company in just two weeks – and now it's set to make £1m.