SOME brides spend an eternity agonising over not only the dream wedding dress, but a pair of killer shoes to match.

But one bride has been savagely mocked for her unusual choice of wedding shoes after wearing a pair of golden crocs on her big day. 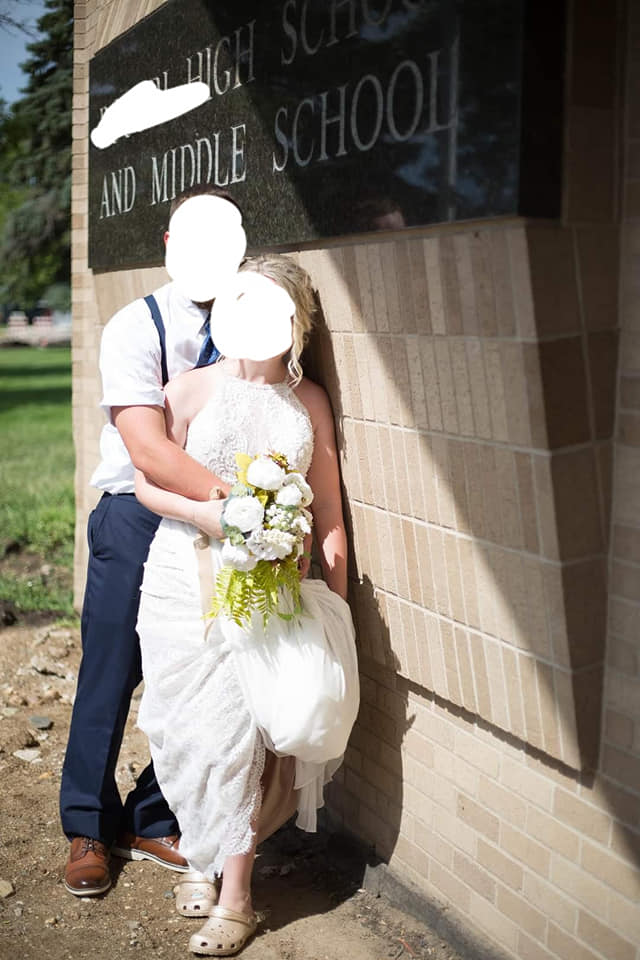 Pictures of her unconventional wedding attire were shared online, with many saying the choice of footwear was 'awful'.

Images of the couple's big day were posted on the Facebook group That's it, I'm wedding shaming, where people were equally baffled by the location of photos.

The original poster explained: "The couple are classmates of mine that are high school sweethearts.

"I get wanting to recognize that to a point, but I think these photos (especially the ones with the lockers) are a bit much. 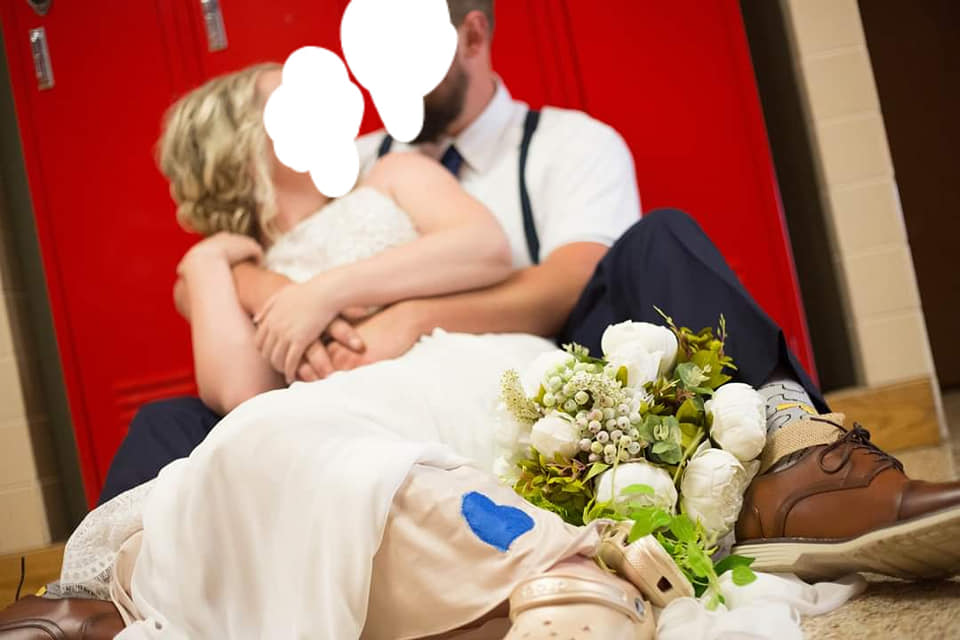 "Also, her shoes. Crocs may be comfy, but not for a wedding."

Others have taken to the comments section to discuss the couple's loved-up high school photo shoot – and the bride's ugly shoes.

One woman wrote: "It's a cute idea "go back where it all began" kinda thing. The crocs kill it a bit though."

Another said: "She spends a lot of time and effort making herself look nice then decides to go for Crocs? Bad move." 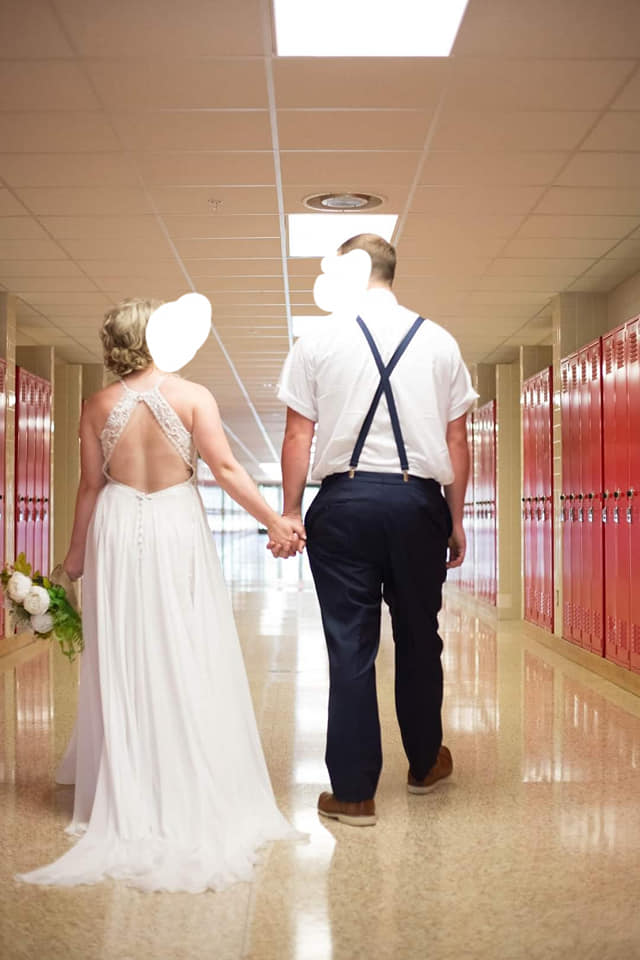 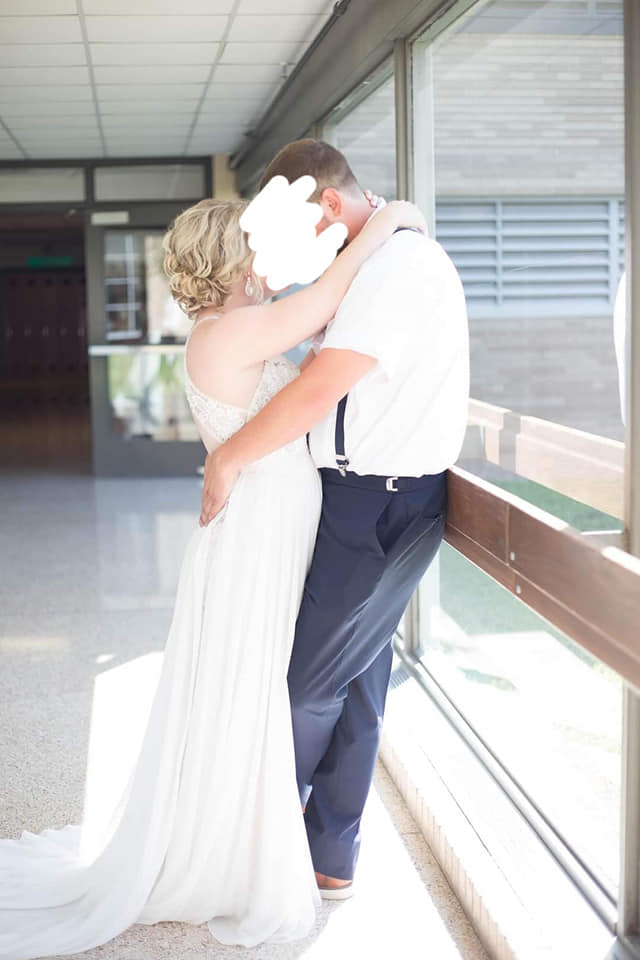 A third added: "They’re taking that peaked in high school thing to another level. And then going the extra mile with those Crocs."

Another woman chimed in: "My boyfriend and I are high school sweethearts and I wouldn't be caught DEAD at that campus. Especially in wedding attire."

For more wedding news, find out how one money-saving mum saved £12,000 on her big day with 10 nifty tricks.

Elsewhere, guests were horrified as a wedding descends into carnage with the bride brawling in a field & guests passed out on the floor.

And one woman found out her ex cheated on her – from his wedding announcement online.