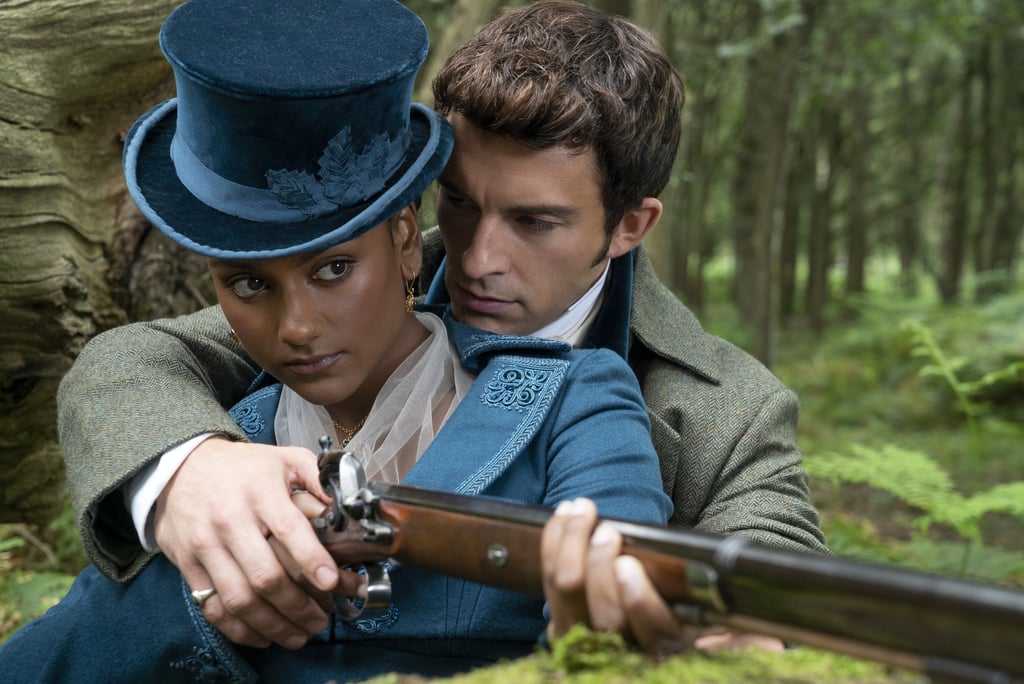 Regency-era romance saga “Bridgerton” took off immediately when it debuted on Netflix on Christmas Day 2020. With its grand galas and salacious sex scenes, no one could escape the hold of “Bridgerton” fever.

For fashion lovers in particular, it was the dazzling costumes, with their romantic silhouettes and ornate accessories, that stole the show.

“We had this amazing foundation from season one,” lead costume designer Sophie Canale, who worked under costume leads Ellen Mirojnick and John Glaser for the show’s first season, tells POPSUGAR. “But I really wanted to individualize every character this season, like really push them in their different directions.”

There is, for instance, a “real distinction” between the Bridgerton brothers this season, Canale notes. “I think in the way their color palettes are and also how Benedict is on his artistic journey,” she says, referring to the second-eldest Bridgerton son, who seeks a less traditional life than his brothers and goes off to art school in the second season. “He’s quite distinctive in his color palette and also the choice of fabrics for his waistcoats, which were different from the [other] men’s costumes.”