FORGET lip fillers, the chipmunk cheek is becoming the ‘tweakment’ that stars are demanding.

Stars like Chloe Ferry and Megan Barton Hanson have admitted to relying on dermal fillers to plump out their cheeks and reshape their faces leaving them looking dramatically different. 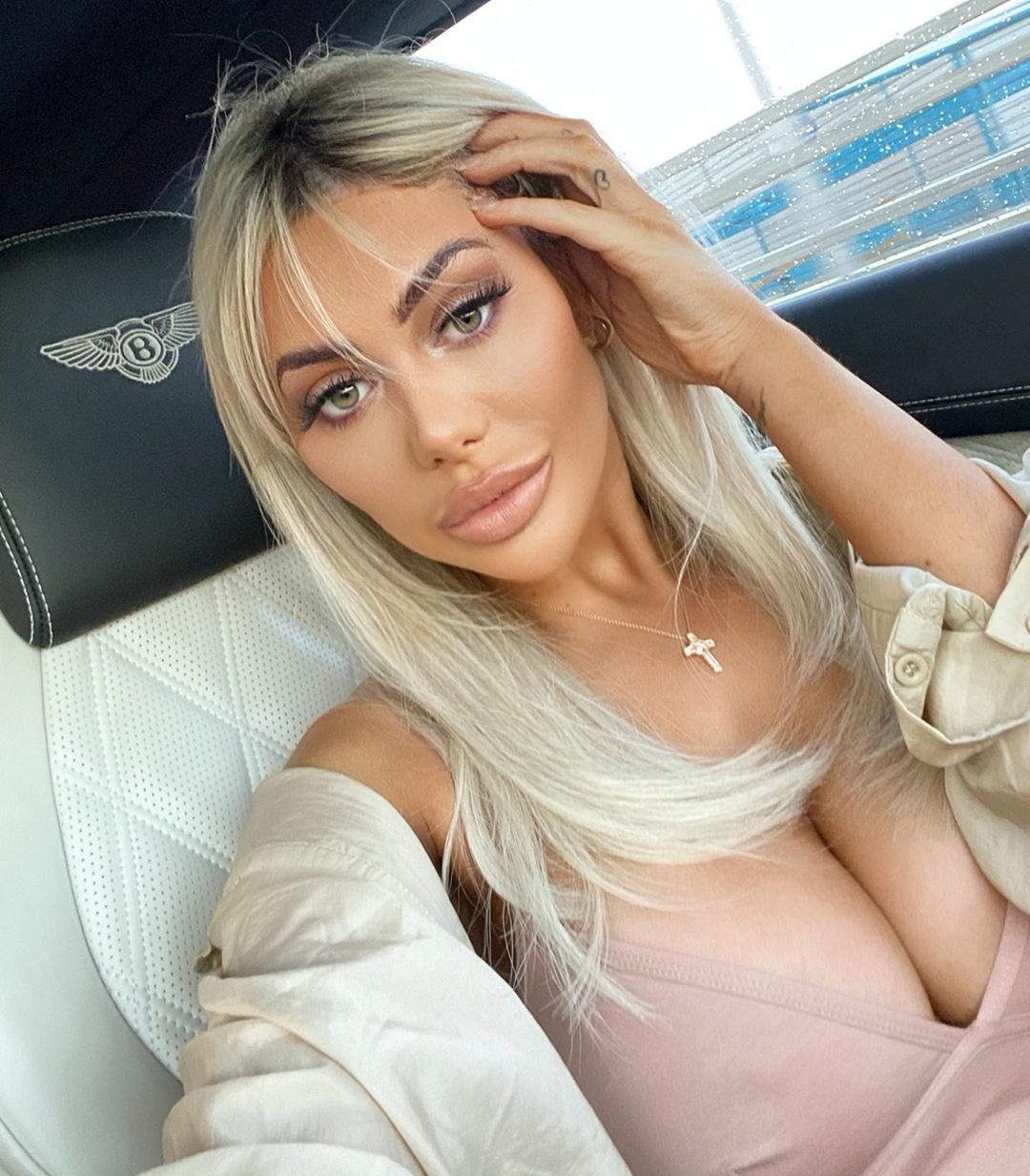 Dr Rosh, Medical Director of award-winning Cheshire clinic KLNIK who specialises in botched filler, explains that dermal fillers can give you a “fresher” look.

However, he warns there is a right and a wrong way to go about having a cheekment.

Speaking to Fabulous Digital he explains: “I would never do cheek fillers alone, because its very difficult to keep someone looking natural unless they are particularly deflated in the cheek area already.

“If you correct one area you usually have to correct another to balance it out. You have to take a full face approach and need an anatomical understanding. 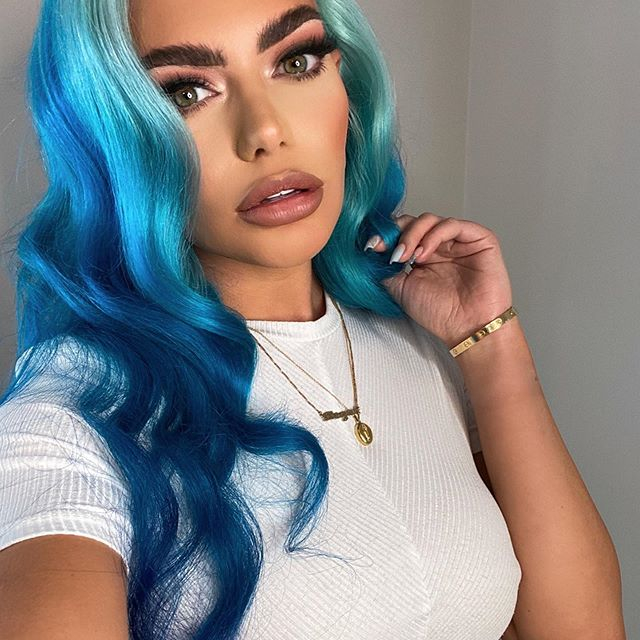 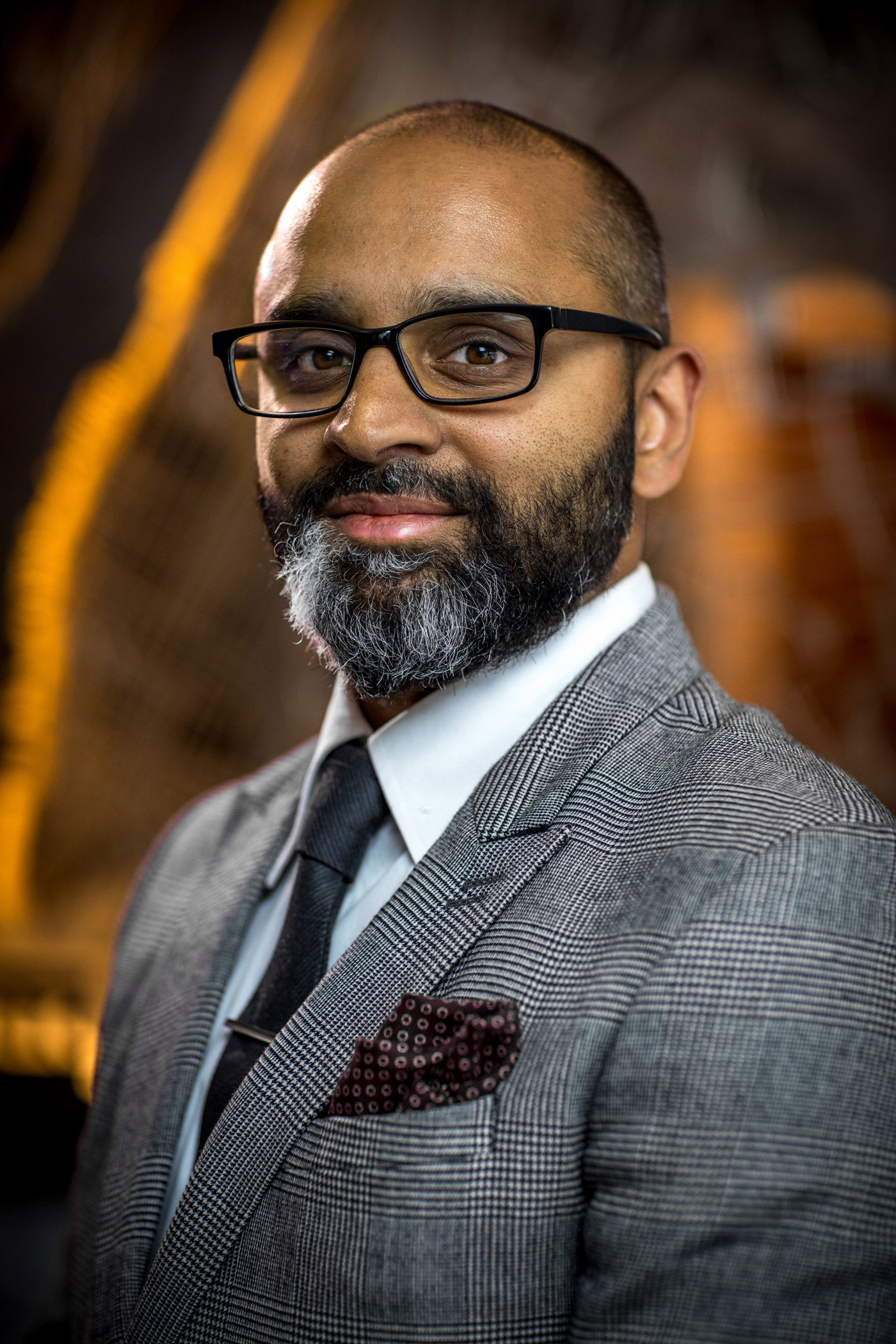 “To avoid being 'overfilled' always go to an experienced healthcare practitioner, not a 'celebrity filler' or 'celebrity doctor', choose someone who is medically qualified and able to prescribe and knows when to stop."

Here he shares his verdict on some of the cheekiest stars’ dermal fillers, and how they dramatically altered their look. 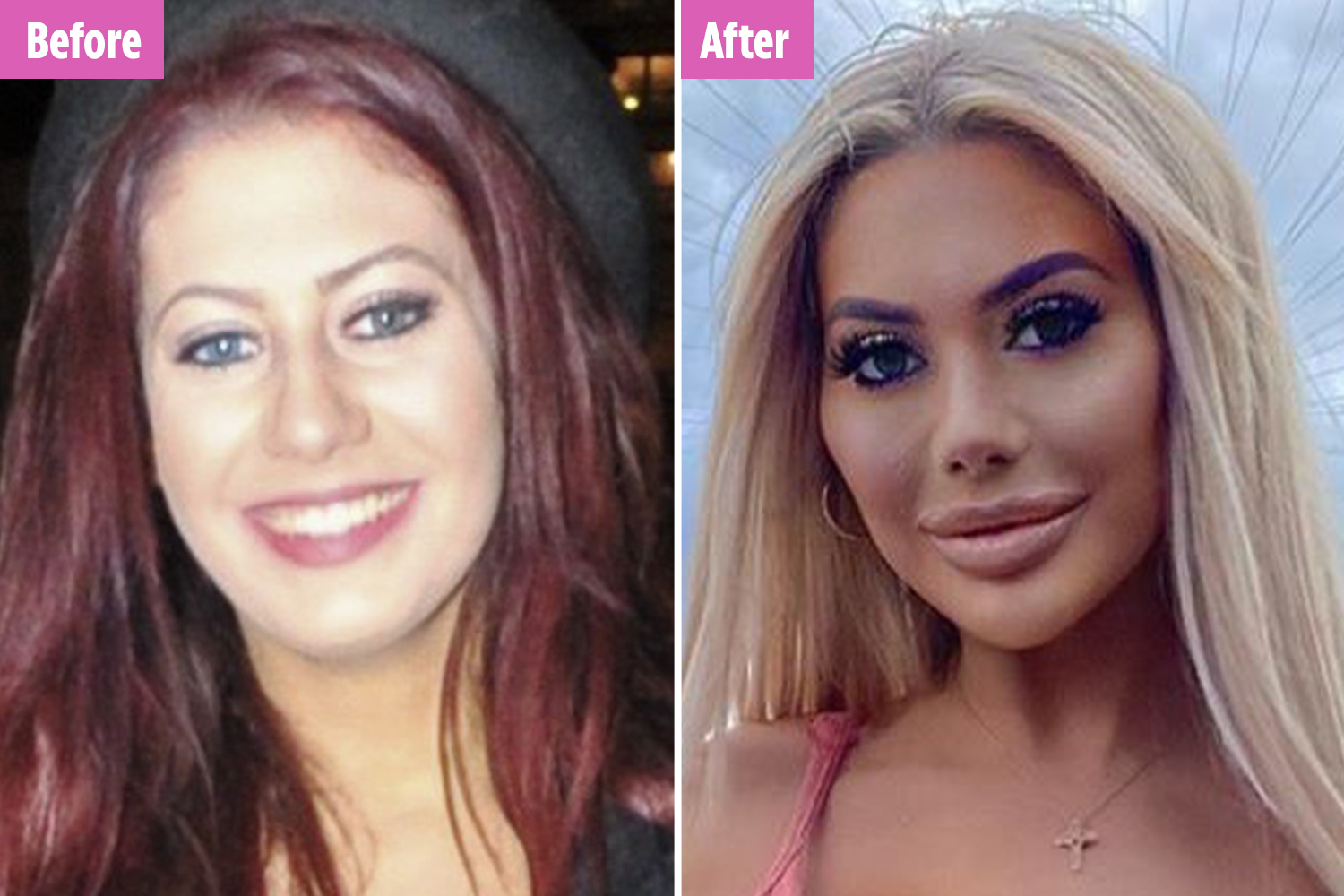 The Geordie Shore star, 24, is one of the most vocal celebrities when it comes to surgery.

She told The Sun’s Fabulous Magazine earlier this year: “I love surgery. I've had loads of fillers in my face and a nose job, but I still don't like my nose so I want another one.

Dr Rosh says: “Chloe has tried to contour her cheeks because she was lacking natural volume in her before photo.

“She has had a lot put in the lateral cheek and nose to mouth lines resulting in the loss of her nasolabial lines completely! But everyone has a slight line there so she now looks a little unnatural.

“This is called the 'cat affect'. She's also had her tear troughs filled in, which when done properly can work very well and be beautifying, but with her nasolabial lines gone her face is now looking far too smooth.

“The whole point of fillers is to create contours and glow, on natural faces there are valleys, there is shape, rather than just no lines at all.”

WHAT ARE DERMAL FILLERS AND WHY DO PEOPLE GET THEM?

As we age, the natural collagen and elastin in the skin lessens. The skin becomes dryer, thinner and less able to fix itself.

When we are born, we have plentiful amounts of Hyaluronic Acid (HA) in our body, but as we get older this store of HA diminishes, leaving the skin less well supported, and so lines and wrinkles develop.

By lifting and smoothing targeted folds and wrinkles by adding subtle volume, dermal fillers can make a difference to a person’s appearance, giving them a fresher look.

Dermal Fillers are made from hyaluronic acid, a type of sugar that naturally occurs in our skin to help repair damaged tissue. Its normal liquid state is transformed into a gel injection to help plump out troublesome lines and bind with collagen, allowing nutrients to flow easily to the skin.

Dr Rosh says: “I have a signature technique that addresses the whole face rather than a specific area.

“When injecting cheeks I often use a cannula rather than a needle as this can really contour nicely and help to create what seems like a natural bone structure. When I use a needle I inject just above the bone to keep things looking natural.

“I like to address what each individual has lost over the years and look to replenish that initially, and always continue to consult, I would administer a small correction followed by an augmentation and then ask if the client would like more which them understanding that I would never do more than they need or create an unnatural look.” 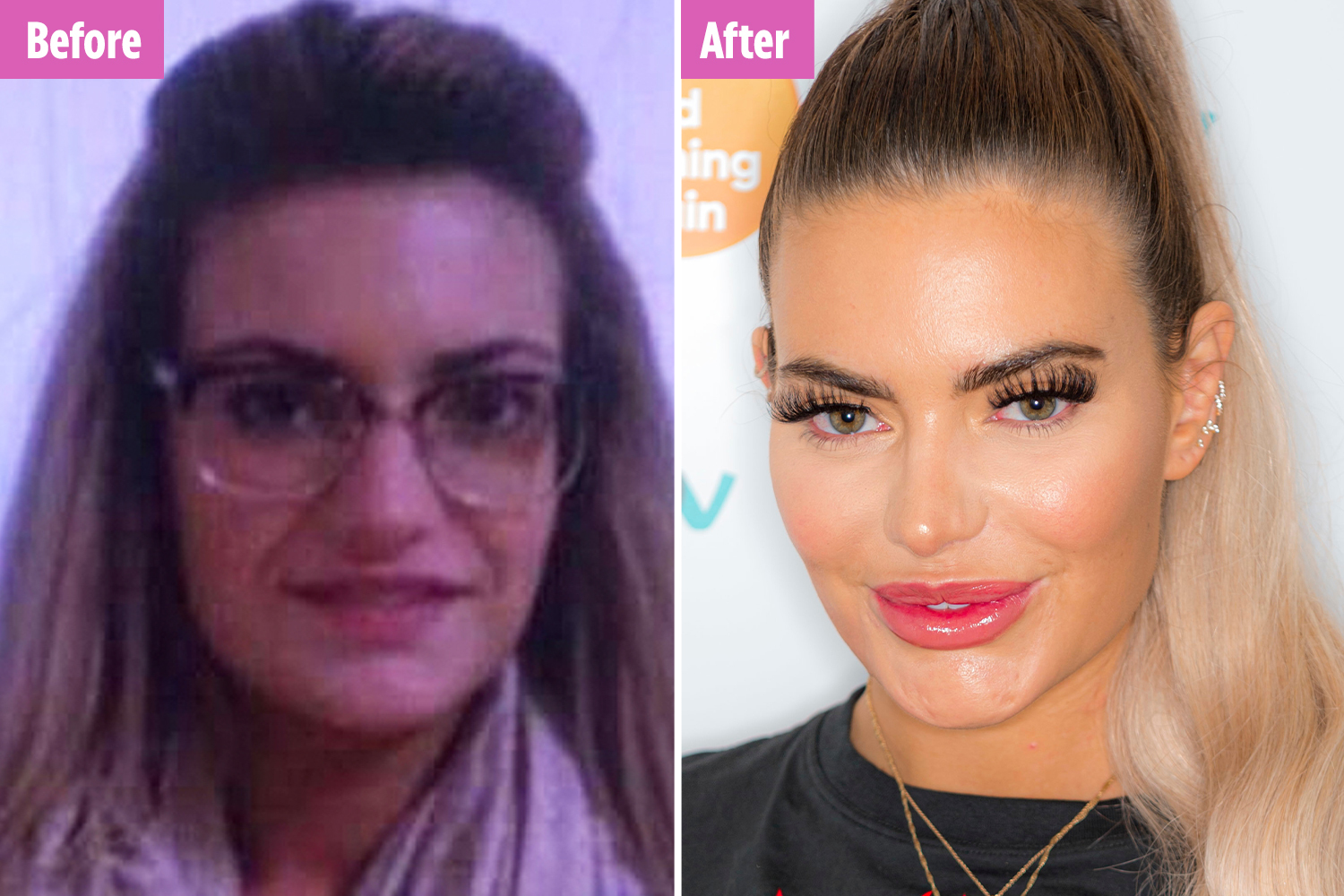 Love Island fans were left baffled when a ‘before’ photo emerged of Megan Barton Hanson, where she looked very different.

Not long after Kiss Aesthetics came forward and revealed that they had performed surgery on Megan, 24, confirming that she had cheek filler.

“For those asking – yes Meg is our client and did come and see us before she entered the villa for her treatments,” Kiss Aesthetics said on Instagram.

She had a ‘Kylie package’ involving numbing cream being applied to her cheeks and chin before they’re injected with fillers.

The worry with this procedure though, is that sometimes what may look ok in a picture on Instagram may be slightly overfilled in real life

Dr Rosh said: “I would also say that she has had some cheek filler, the filler has softened her nasal labial line and given her that contoured look, which actually looks fantastic in this picture and on Megan.

“The worry with this procedure though, is that sometimes what may look ok in a picture on Instagram may be slightly overfilled in real life, it’s not clear if this is the case with Megan but it is something to take note of.” 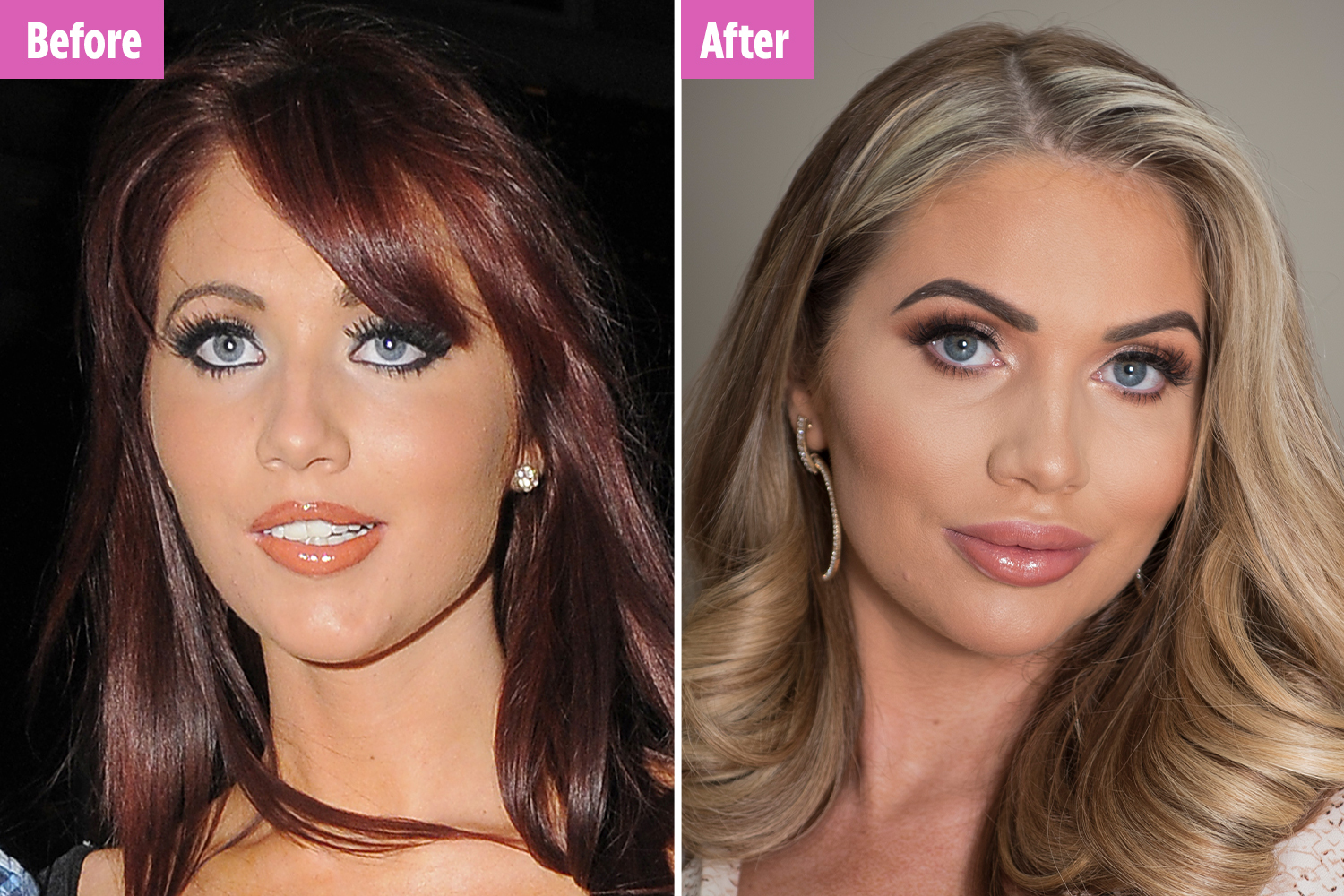 The former TOWIE Star, 30, now admits that she “wishes she’d never had fillers” but previously admitted to becoming “addicted” to cosmetic surgery.

She hasn’t had fillers for three years, but Dr Rosh says that her work is still visible.

He explained: “Amy had quite full rounded cheeks, but these have now been more contoured through the use of quite dramatic lip fillers.

“She has also had her nasolabial lines filled giving her a slightly unnatural look, you should try to keep a small line to keep your faces looking natural.

“On her after picture her cheeks do look well contoured because of the filler however, my worry is in real life she would look overfilled.”

Courtney Cox "fillers are not my friend"

Courtney is another celeb to regret her fillers.

The Friends star, 56, had many of her fillers dissolved in 2017, admitting that she “didn’t look like herself.” 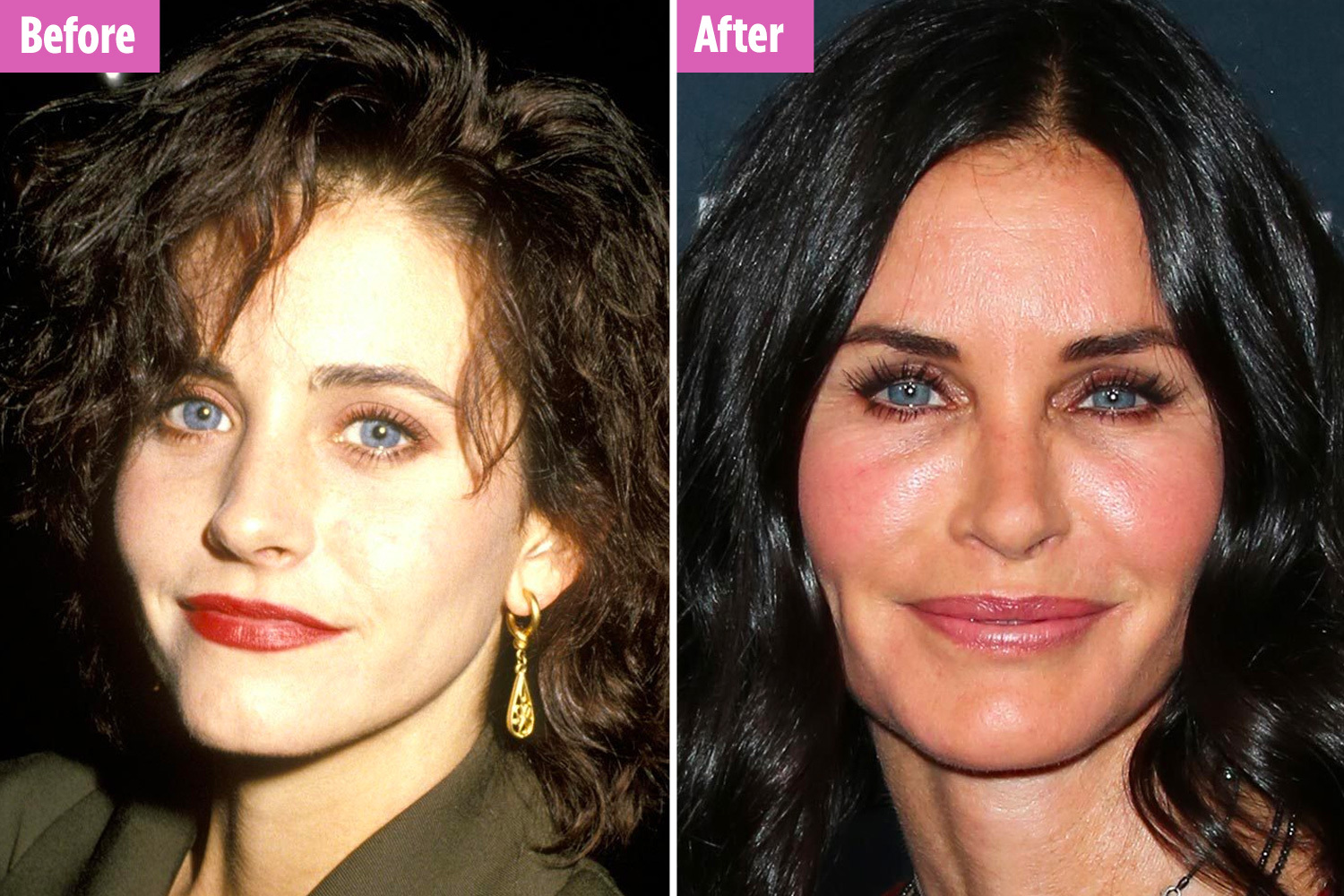 She said: “I’ve learned to embrace movement and realise fillers are not my friend.”

Dr Rosh comments: “Courtney had naturally quite high cheekbones and a nice shapely jaw, so a young contoured look.

We say young because in her 'pre' picture she has some medial cheek fats and it looks natural. She's tried to maintain that look by having filler.

Courtney's fillers have been done in an insensitive way

“You can see there is a line from the middle of her eyes down to the middle of her cheeks, that's called a tear trough and it continues further down and thats called a ligament, I think she's tried to have that line removed with fillers in the lateral cheek, medial cheek and under her eyes.

“This has been done in an insensitive way and she's been over filled, she's had a lot of filler especially in that middle cheek compartment giving her the 'overfilled syndrome' – this can happen by using inexperience practitioners or if a patient's desire to remove a line takes over so you under up overfilled rather than looking fresher and rejuvinated.”

Kylie confessed to experimenting with Botox and fillers in the past but has since sworn off the injections.

The 52-year-old pop princess said: “I’m preferring to be a lot more natural these days. I’ve tried Botox, I’m definitely not one of those people who says, ‘You shouldn’t do this’.” 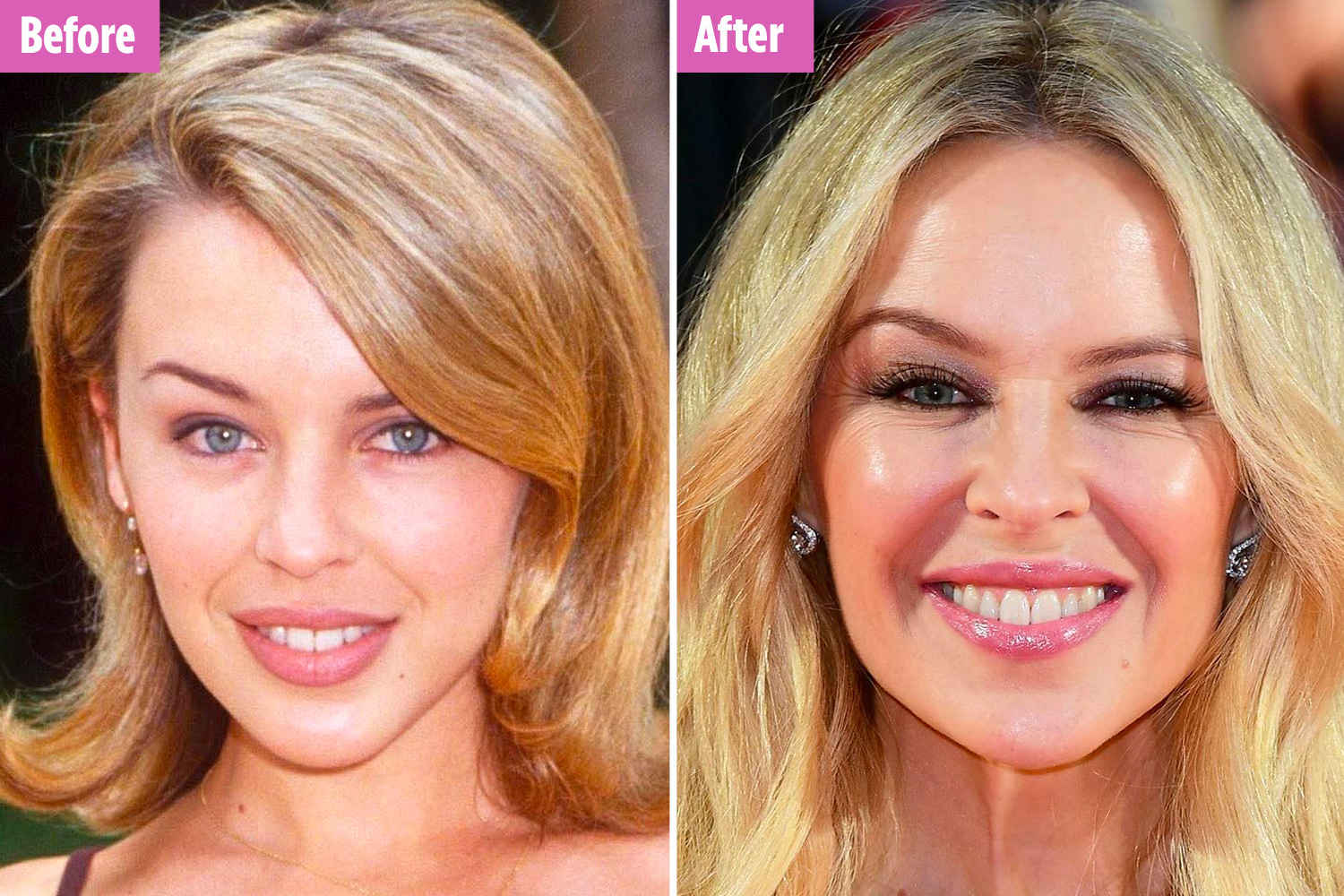 Dr Rosh says of her look: “Kylie had a natural oval shape and to try and maintain this she has had fillers in her cheeks, she has had that middle line or ligament removed with filler.

“But she's had too much, probably more than 3mls in her cheeks and either side. When you have lateral cheek filler you would expect the nasolabial line to smooth out because you are naturally stretching the face.

“Between the ages of 25-55 we all loose 150mls of skull so putting a ml of filler laterally either side you can sometimes restore that natural younger look, but it has to be bespoke to the patient.

The filler is taking away from her beautiful blue eyes

“Because she has also had so much filler medially this has had the converse effect resulting in an increased nasolabial line so actually making her look older.

“It's also affected how her eyes look and so the filler is taking away from her beautiful blue eyes because the light is hitting in the middle of her cheek where the filler is rather than just lateral to the eye.”

In other surgery news, this is what you need to know about cheek fillers before getting them done.

And these horrific photos show when fillers go wrong from rotting tissue to chunks of lip falling out.

Plus stars like Charlotte Crosby and Chloe Ferry are risking blindness for an ageless face according to doctors.