SAY goodbye to stubborn limescale around your bathroom taps, as one cleaning fan has come up with a simple and clever way to get rid of it with ease and all you need is a toothpick.

Tackling the dirt around the base of the tap, TikTok user Sophie Louise has revealed how she gets her sink sparkling and grime-free with a how-to video. 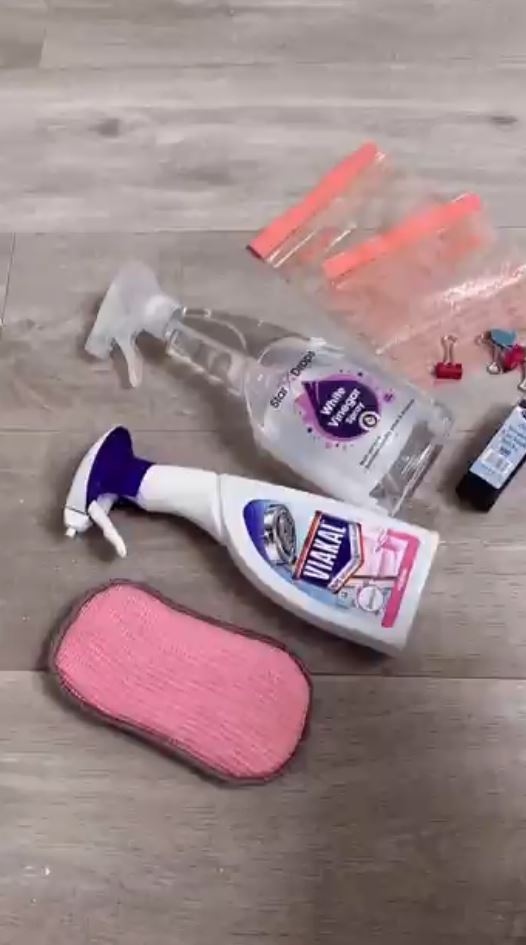 "Any of you get this grime around your taps? Don't worry the girl's got your back," she says in her fuss-free clip.

Sophie says: "Get rid of everything first, you know the drill," and showed off the essentials she swears by – Viakil limescale remover and white vinegar spray.

"This is all you're going to need, honestly – and obviously, a glove." 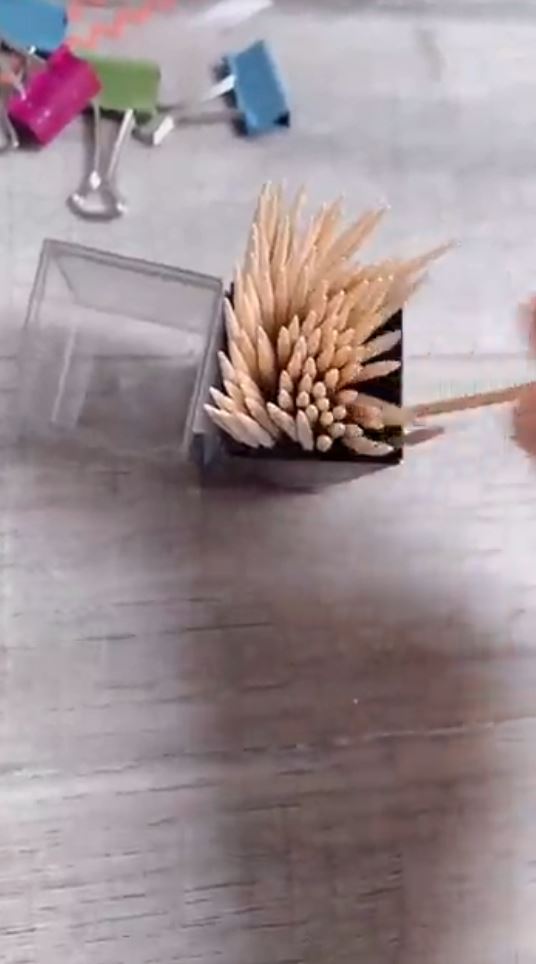 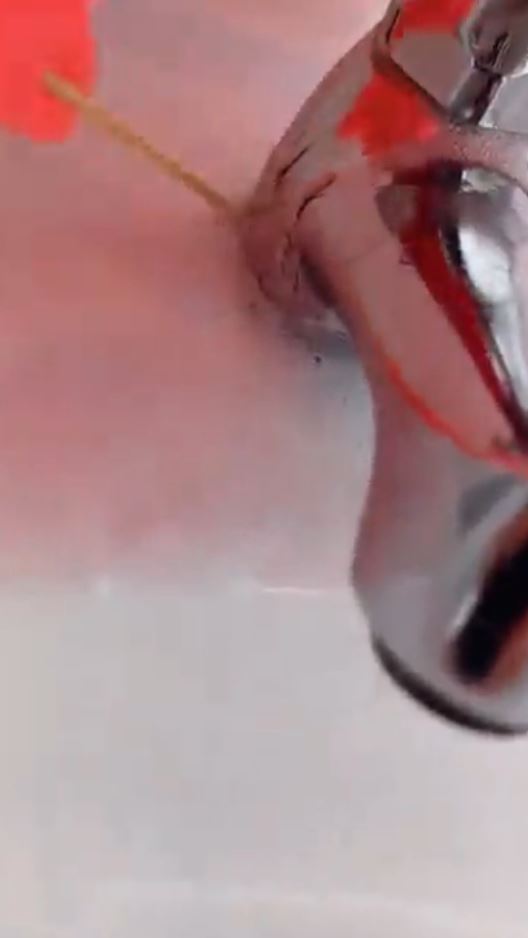 She then sprays the base of her taps with the limescale remover, covering them completely and the area all around each tap, leaving the product to soak for around 20 minutes.

Sophie then grabs a toothpick and scrapes around the base of the tap, with the dirt easily coming away.

Showing off the layers of grim dirt build-up that had accumulated around her taps, Sophie says: "Look at that, absolutely minging. That's all from underneath. It's disgusting." 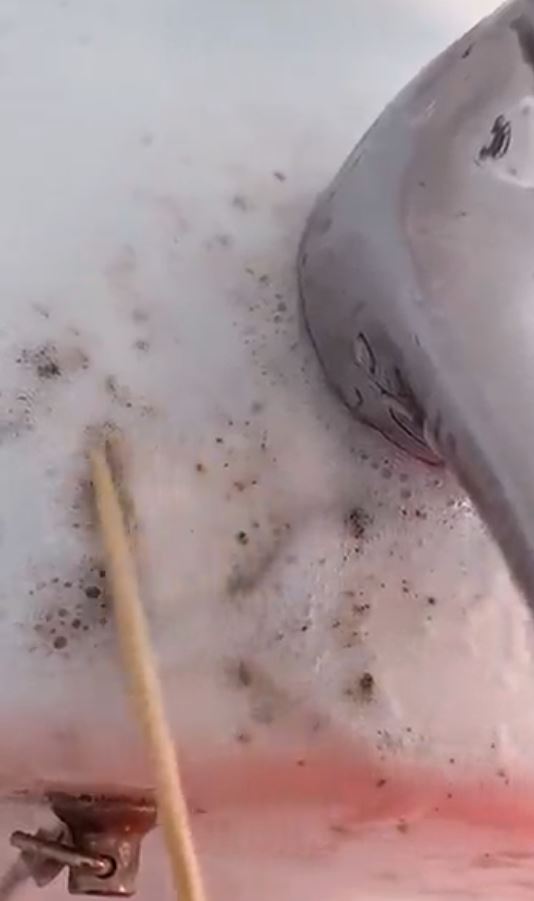 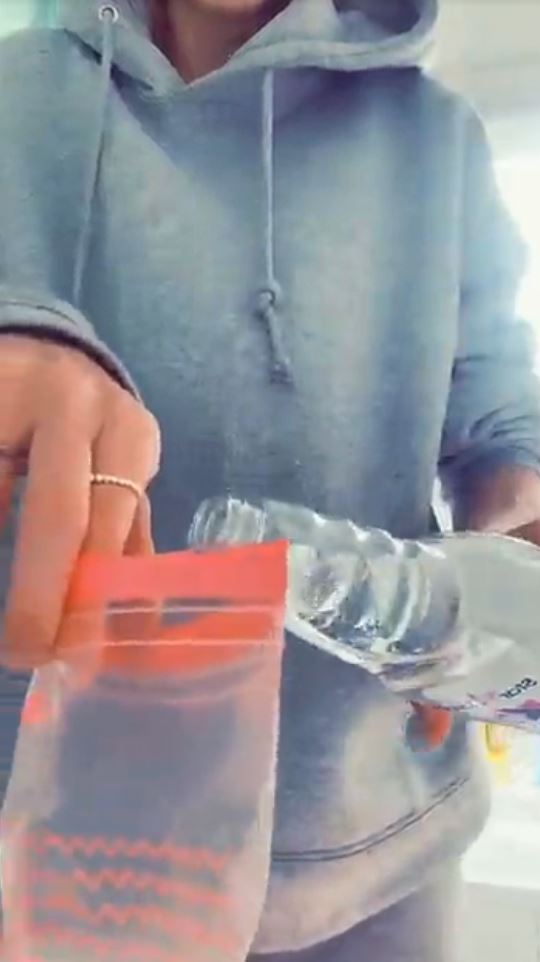 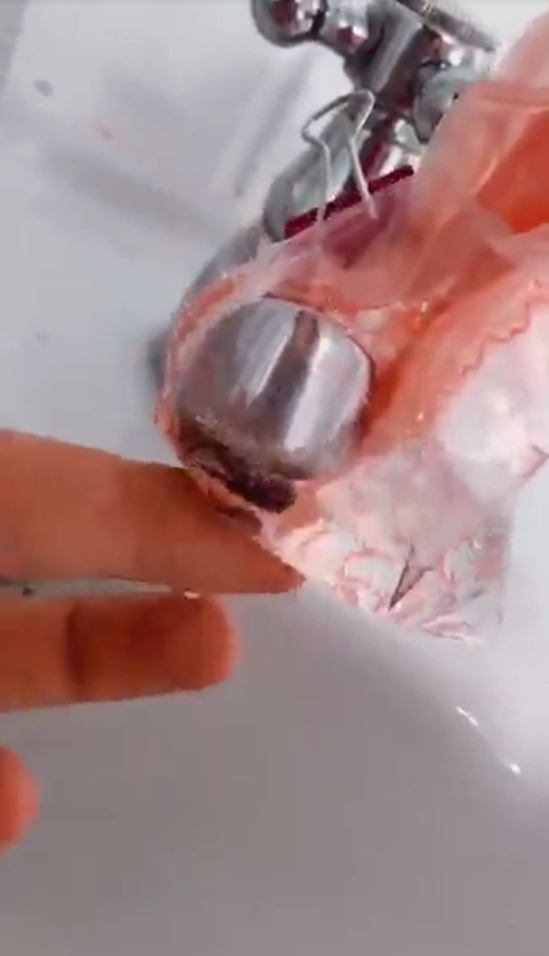 She then uses a sponge to wipe away the dirt, before drying it with a paper towel and moving on to tackling the limescale around the faucet.

Filling a ziploc bag with white vinegar, she then ties it around the taps and leaves for an up to an hour.

"Look at the finished piece, it looks like brand new taps," she says showing off her results. "Look at that!" 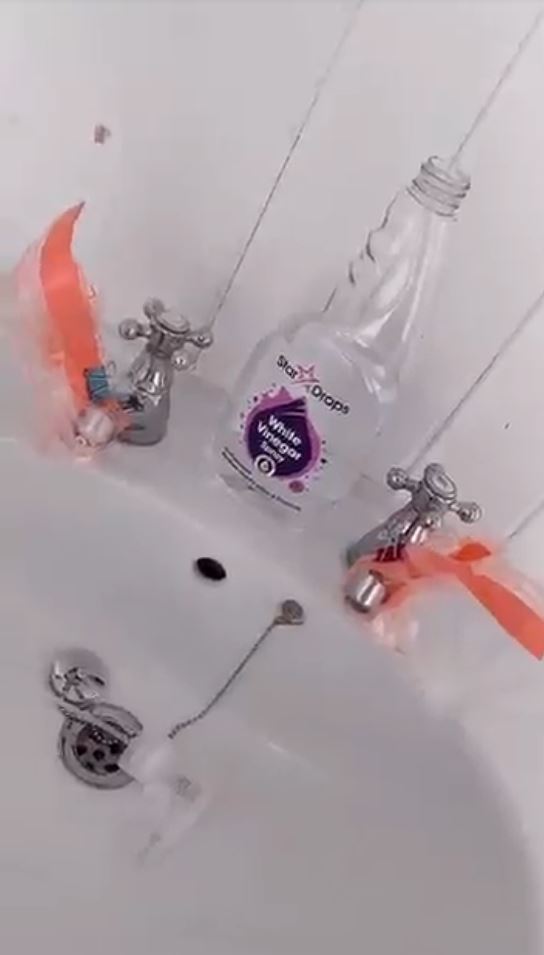 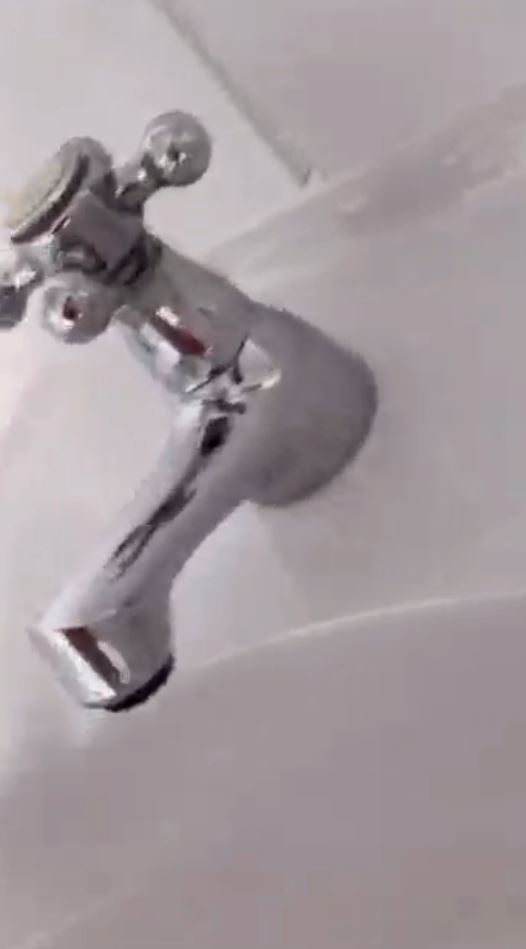 People were just as impressed and took notes to try it out themselves.

"Tooth pick brilliant, I've been using a toothbrush but there isn't a lot of room behind my taps to get there, a tooth pick would be great thanks," said one person.

Another added: "Love them tips going to try them out Thank you!!"

One more posted: "Going to try this thank u (sic)," while a fourth added: "Love these tips!!!"

For more clever ways to clean your bathroom, check out these simple hacks like using a grapefruit as a sponge and tackling limescale with a 1p coin.

Plus, this mum's mind-blowing shower screen hack will have yours sparkling without you even scrubbing.

And one cleaning fan reveals the correct way you should be using a toilet rim block – and you've definitely been doing it wrong.