A MUM has revealed how doctors told her to abort her son five times as he was so ill – but he’s now starting school this week.

When Sami and Paul Bates discovered they’d had a ‘happy accident’ in the autumn of 2016 and were expecting their third child, they had no idea the struggle they had ahead. 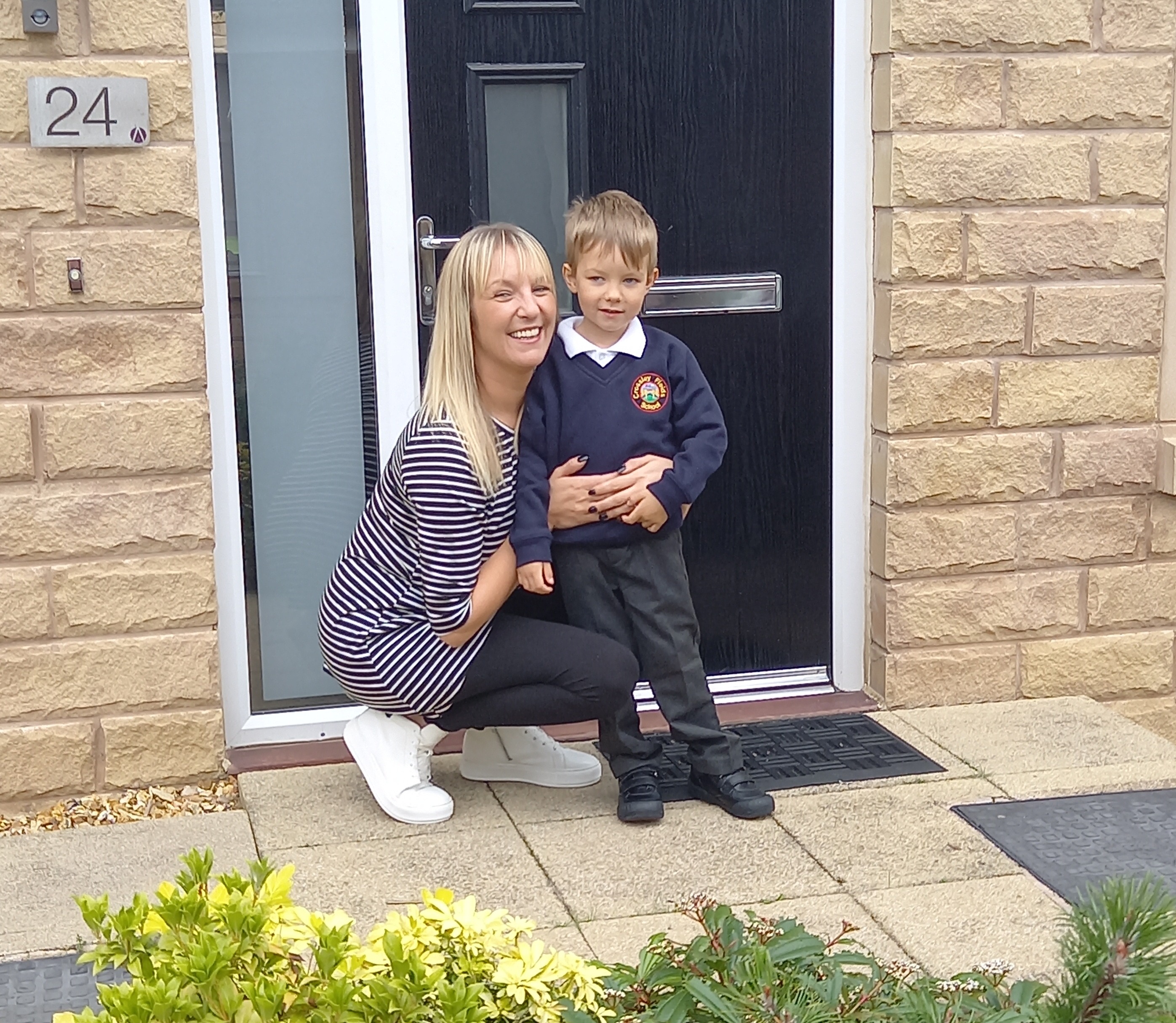 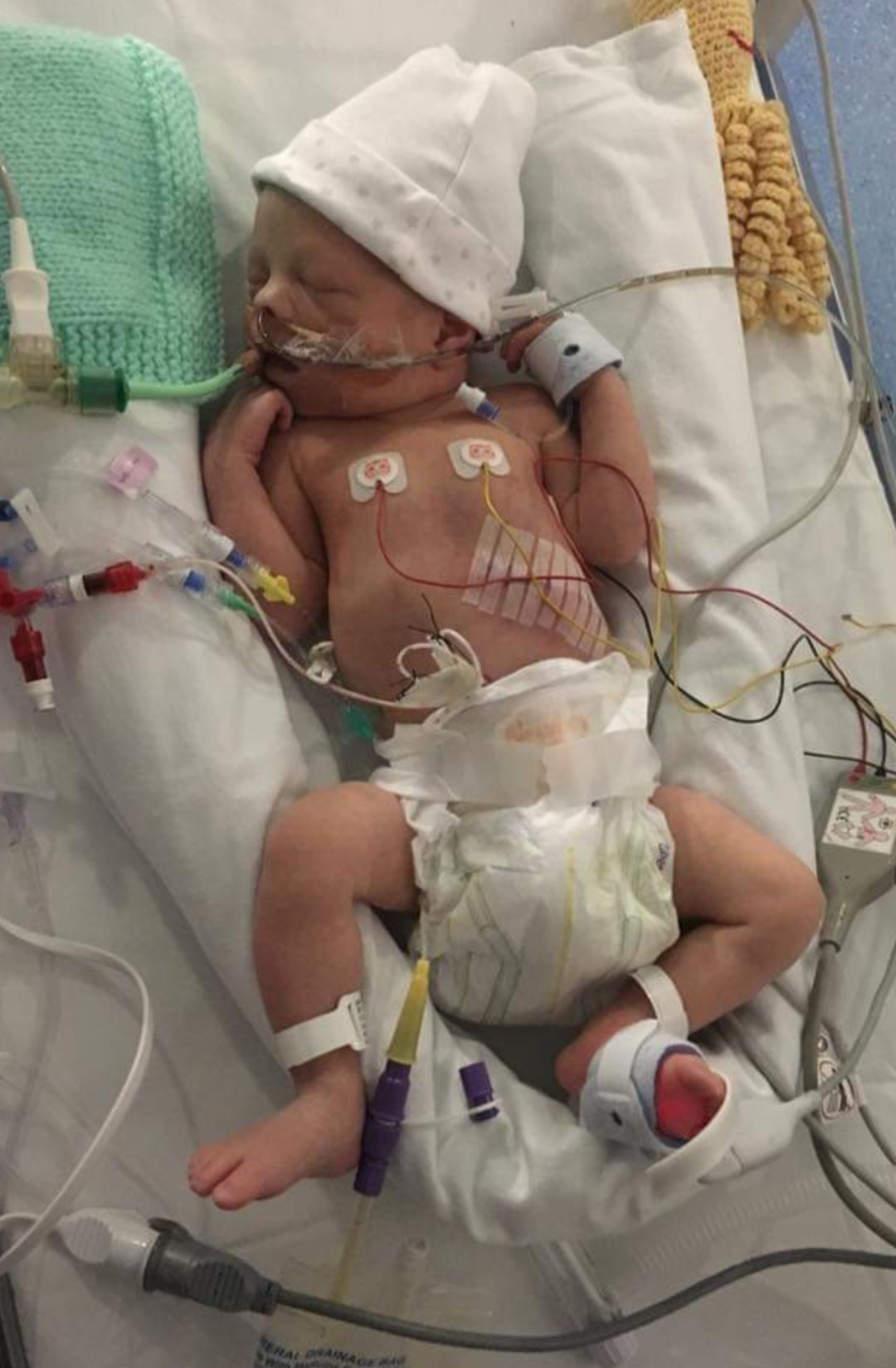 During the pregnancy, the couple were told countless times to give up their son, but they refused, wanting to give him every chance they could.

After undergoing a complex four-hour operation to reposition all his organs less than 24 hours after he was born, little Davey has defied all those prognoses.

This week, Davey will walk proudly through the gates of Crossley Fields Primary in Mirfield, Yorks, to start his first day of school.

Sami, 36, said: “Following the birth of our son Benji in 2013 doctors discovered pre-cancerous cells in my cervix, which meant an operation to remove a large segment of it – Paul and I already had our daughter, Leila, and felt completely blessed with two happy, healthy children, so definitely weren’t trying for another child.

“When we discovered we were expecting again, we were told my shortened cervix could affect the pregnancy and would need a surgical stitch put in to maximise the chances of the baby making full-term.

“But at the 16-week scan I was told my cervix was now too weak for the stitch, and I started bleeding, so was given weekly progesterone injections to thicken my cervix.

“Advised to rest as much as possible, I did my best, but with two toddlers to look after, it wasn’t easy.

“Then, at the 20-week scan, they picked up some abnormalities, specifically that the baby’s heart appeared to be pushed to one side.

“It looked like CCAM, or Congenital Cystic Adenomatoid malformation – micro cysts that grow instead of the lungs, which wasn’t great news.

“Then one doctor mentioned it could be CDH, where a hole in the diaphragm results in the intestines, and sometimes the stomach, entering the chest cavity to limit lung growth.

“This would’ve been much worse than CCAM, and googling both, we were terrified.”

At the 28-week scan they got the news they had dreaded – it was CDH, and their little boy was a severe case.

Sami continued: “With just a 15 percent chance of survival, the doctors strongly advised us to abort him, but we couldn’t do that – we had to at least give him a chance.

“From there on in it was appointments and scans every three weeks, almost invariably with doctors advising us to end the pregnancy.

“At one point it was suggested our baby could have in utero surgery at King’s College, London, but my cervical problems meant the risks of me miscarrying during any operation were too high to risk it.”

As he grew inside Sami, scans showed his large and small bowel, stomach and spleen were all pushed up into the left side of his chest, with seemingly no left lung, and a tiny sliver of where his right lung should be.

Sami said: “It was as severe as a case of CDH as the doctors had ever seen – and with just one in 10,000 babies born with this horrific condition, it felt so unfair.

“It just seemed impossible that he could survive outside of my womb, but we couldn’t live with ourselves if we didn’t at least give him a chance.

“Paul and I were in pieces for weeks, hardly sleeping and praying for our little boy, while doing our best to look after our other two children who were so excited about their new little brother.

“In the end I was induced full-term on July 18, 2017, and the moment Davey was born, we heard him crying, which we interpreted as a good sign – but the nurses and doctors explained, in this case, it was the opposite.

“Taking air into his abdomen would crush his bowels and stomach and potentially cause serious damage.”

Born weighing a relatively healthy 5lbs 15oz, Davey was whisked off to be ventilated immediately to keep him alive.

It was as severe as a case of CDH as the doctors had ever seen – and with just one in 10,000 babies born with this horrific condition, it felt so unfair.

Sami added: “Paul got to see our son four hours later, but I couldn’t see him until a full eight hours later because I haemorrhaged quite badly, almost needing a blood transfusion.”

With his oxygen levels mercifully stable, that evening the doctors at the LGI said he would need surgery straight away to open him up, reposition his organs and insert a synthetic patch to stop them moving back.

Sami said: “This was make or break, they said. the operation might not work, and we might never get to hold our little boy.

“It was 50-50 if he’d make it, Paul and I held his tiny hands and said our last goodbyes, saying we would never forget him.

“He had that massive operation that evening, and our prayers were answered – it had gone as well as could be expected.

“His entire chest had been cut into two, and a team of surgeons had performed the most intricate possible procedures to make sure his body could survive unaided.

“He was hidden behind this massive jumble of cables and tubes going into his body, and looked so vulnerable, it was heart-breaking.”

This Thursday I’ll be the proudest mum on earth when I wave off our little ‘rock star’ at the school gates.

But his oxygen levels stabilised, and day by day things seemed to be ok – five days after he was born, Davey was taken off his ventilator, with 25 per cent function in his left lung, and 100 percent in his right.

The mum said: “Paul and I were provided onsite accommodation by the Sick Children’s Trust, which meant we could be just a short walk from him during those crucial hours – I went up early one morning to see him, and found three surgeons huddled around his bed, staring in disbelief.

“One of them turned to me and said: ‘We don’t know how he did it, but your little boy is a rock star!’”

Davey then went from strength to strength.

Sami said: “He was moved from NICU to the high dependency unit, but then he started struggling with his breathing – we thought his left lung had collapsed, possibly because of a fluid build-up, but again, he pulled through.

“Finally, two weeks and six days after he was born, we were told we could take him home – after his successful operation, we’d been told it would be a minimum of six weeks, so were overjoyed.

“Davey slept and fed well, and hit the usual milestones – the pregnancy, being told to abort him five times, it just seemed like a bad dream.

“Just after his second birthday he needed minor surgery to sort a bowel obstruction, and then an op to sort an inguinal hernia, but compared to what we’d been through before, this felt like plain-sailing.

“And this Thursday I’ll be the proudest mum on earth when I wave off our little ‘rock star’ at the school gates.

“I just need to remember to bring lots of tissues with me, because I’m not sure I’ll be able to hold it together!” 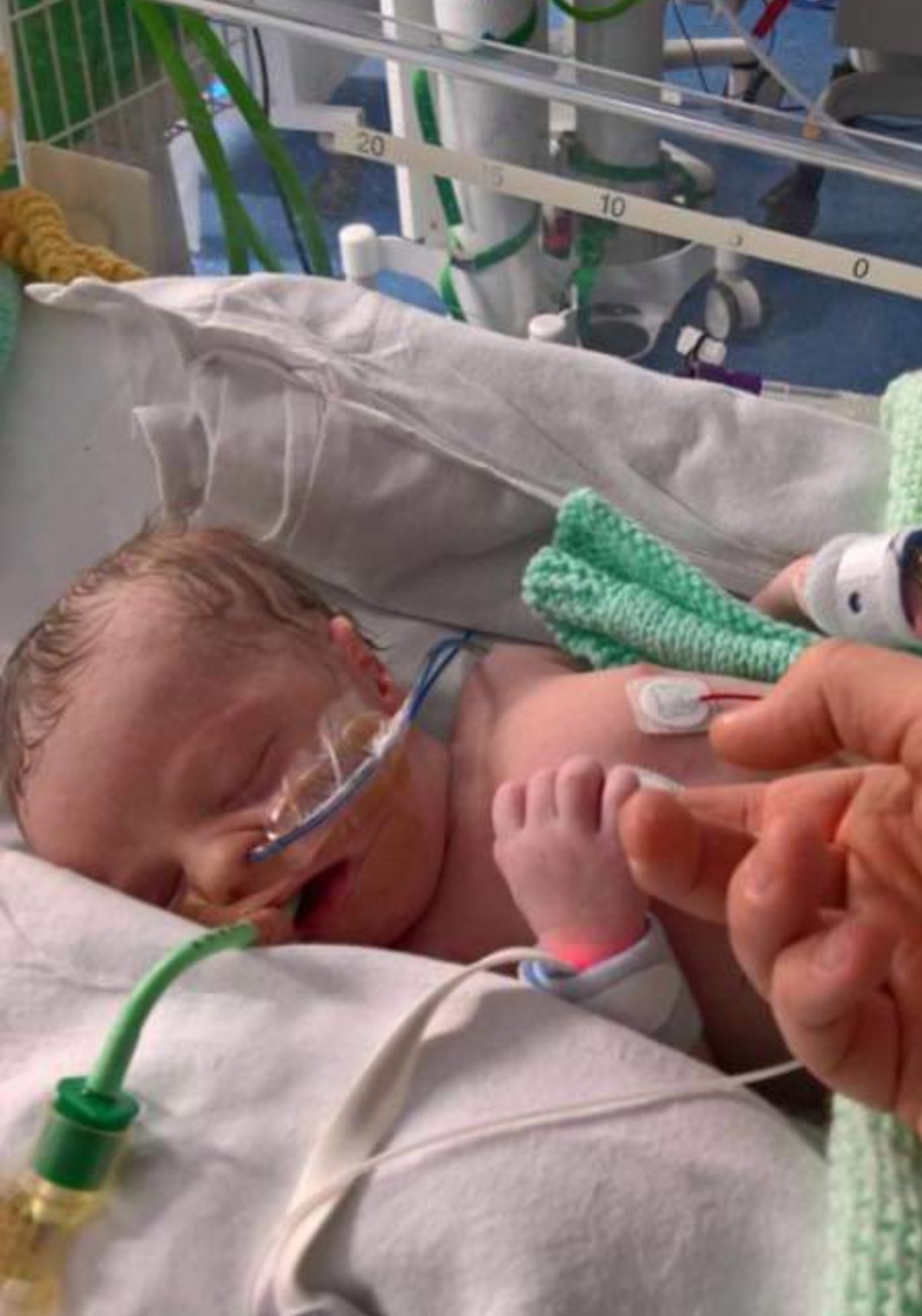 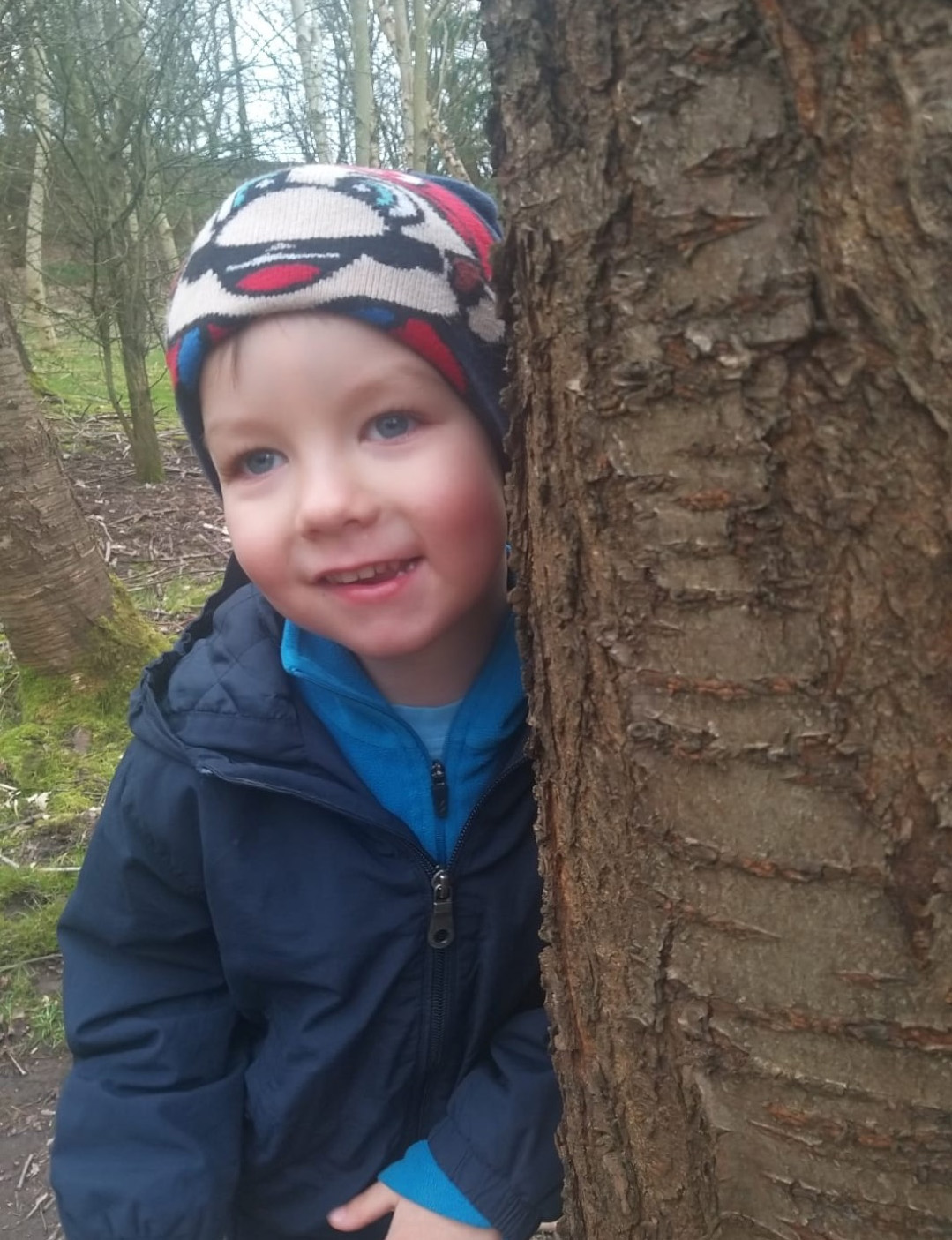 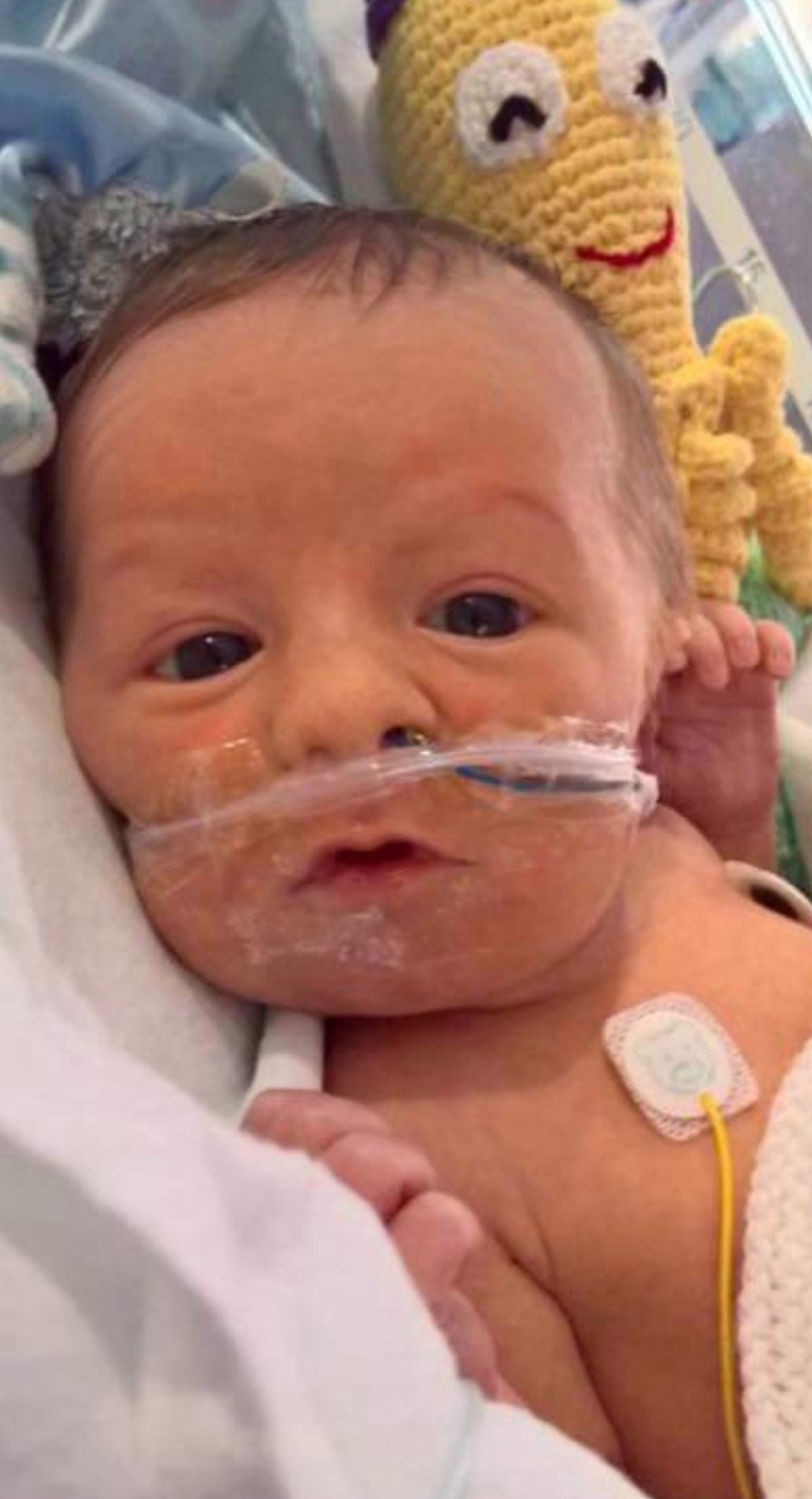 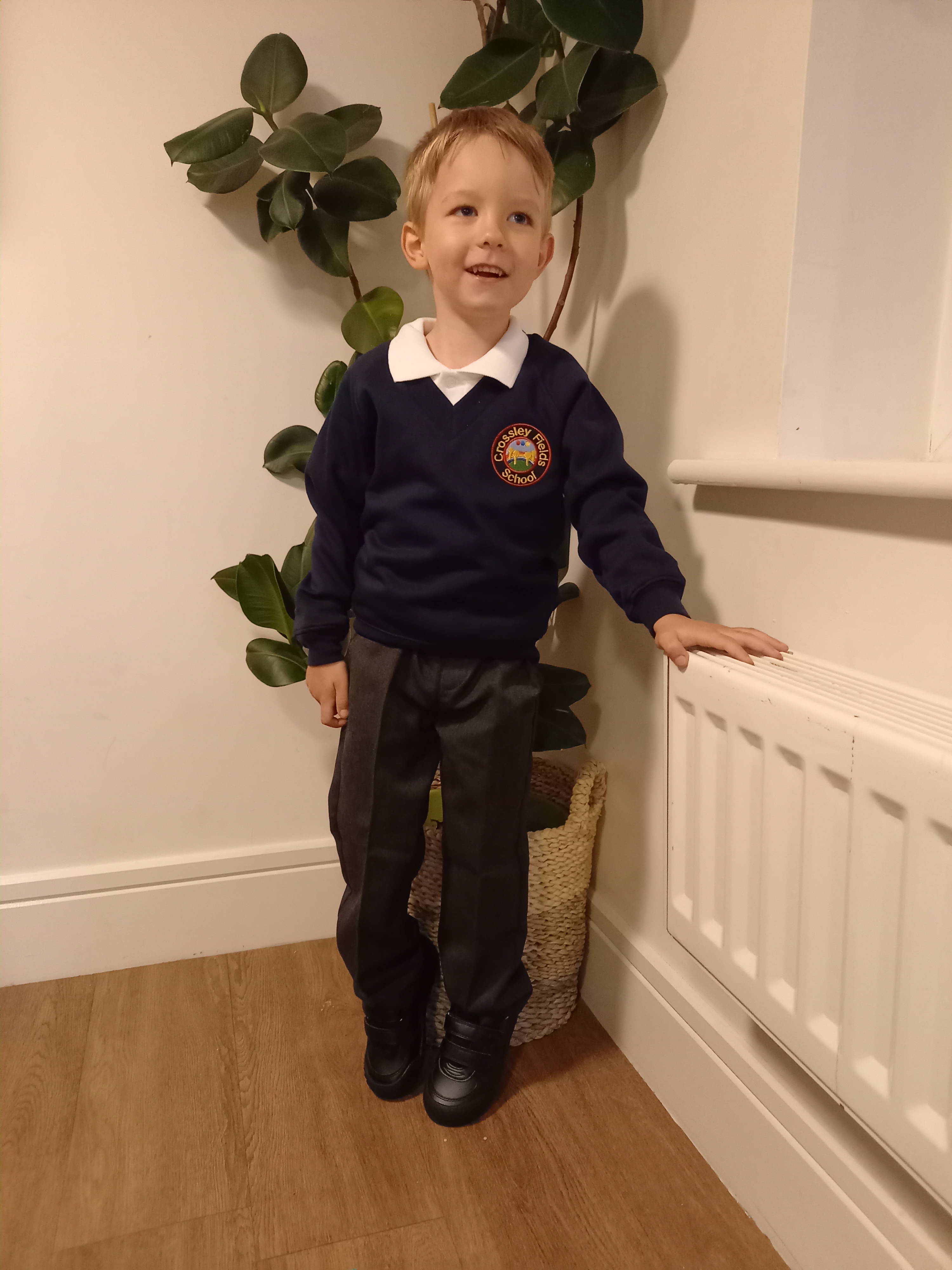 We shared how a boy, 4, who defied the odds to twice beat leukaemia enjoys first day of school.

And a mum was left furious after son, 7, told to undress in front of classmates for PE class leaving him ‘upset and embarrassed’.