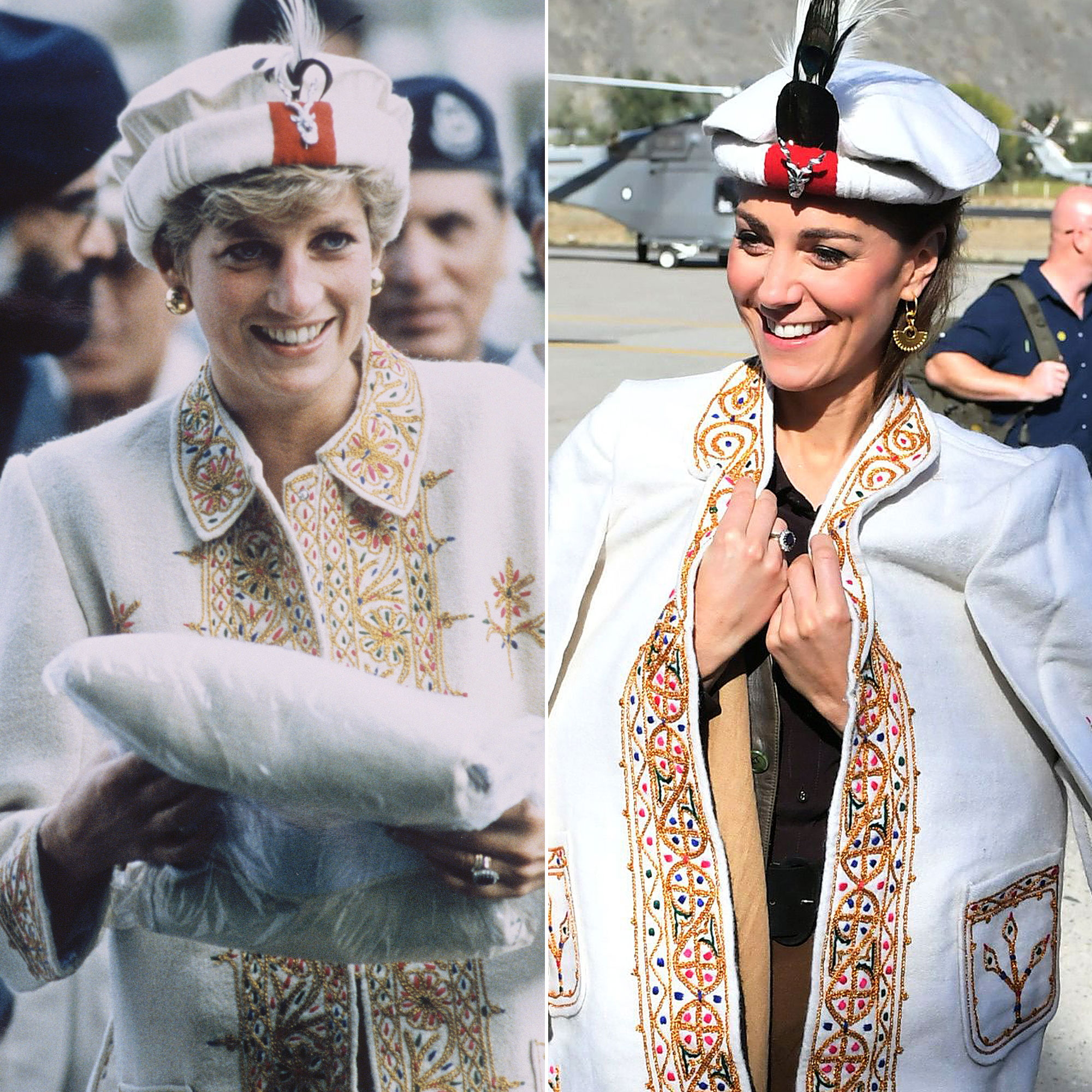 On Day Three of their Pakistan tour, Kate Middleton had a moment practically made to call Princess Diana to mind — she wore a nearly traditional Chitrali hat nearly identical to one spotted on her mother-in-law in 1991.

On Wednesday, October 16, the duchess and Prince William touched down in Chitral near the Afghan border, at which point both they were presented with the cultural headwear adorned with a large feather sticking out of the top. The mom of three happily put it on along with other pieces of clothing gifted to her, including a shawl and a colorfully embroidered overcoat.

Royal correspondent for The Sun, Emily Andrews, noted in a Tweet Wednesday morning that, while Kate’s looks like a peacock feather, Diana’s appeared to be a “bird of prey.”

See Kate Middleton’s Most Stunning Fashion Moments of All Time

The royal mom wore the traditional pieces over a brown leather vest and blouse tucked into a matching skirt, while the Duke of Cambridge wore his cape over a pale green button-up and tan trousers. 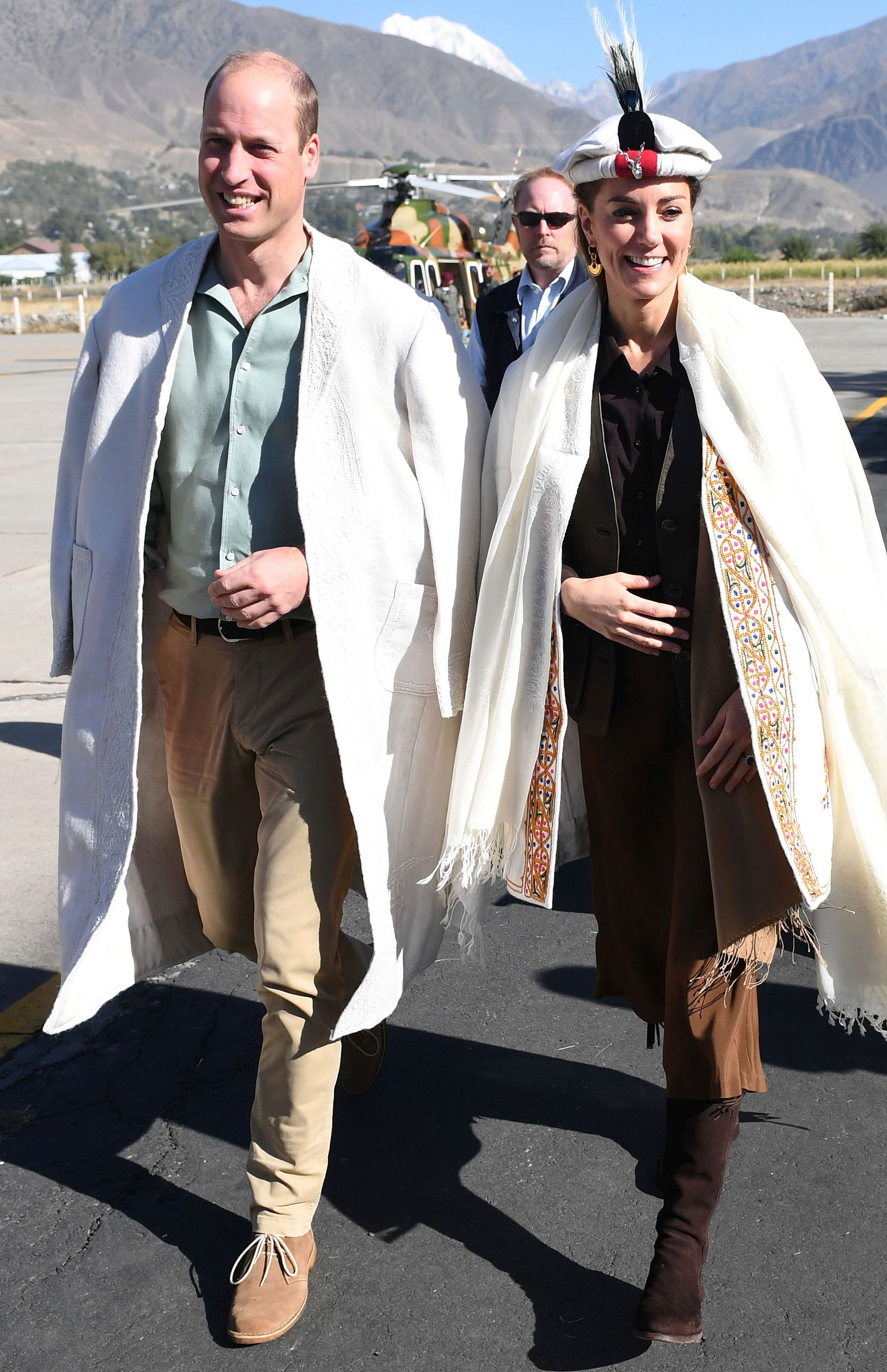 If a recreation of Princess Diana’s accessory wasn’t enough of a touring sentiment, the couple was also given a book of photographs from the deceased royal’s visit to the region.

Though the hat isn’t the exact same as the one the people’s princess donned in the ‘90s, Duchess Kate has been known to accessorize with a very favorite headpiece of hers — the Cambridge Lover’s Knot. The diamond and pearl embellished tiara is a stunning work of art that is elegant, glitzy and the perfect way to top off any formal regal attire.

Middleton also wears the Princess of Wales’ jewelry from time to time, including her standout engagement ring. The heirloom was originally given to Princess Diana by Prince Charles in February 1981. The stunning bauble consists of a 12-carat oval blue Ceylon sapphire surrounded by 14 solitaire diamonds that are all set in 18-karat white gold. Now the 37-year-old pairs it with her gold wedding band.