MILLIONS watched the Royal Family during the Queen’s funeral yesterday, and the Princess of Wales has been praised for her flawless parenting of her two kids.

In a sweet moment, Kate was seen reminding Prince George, nine, and Princess Charlotte, seven, to curtsy during the proceedings. 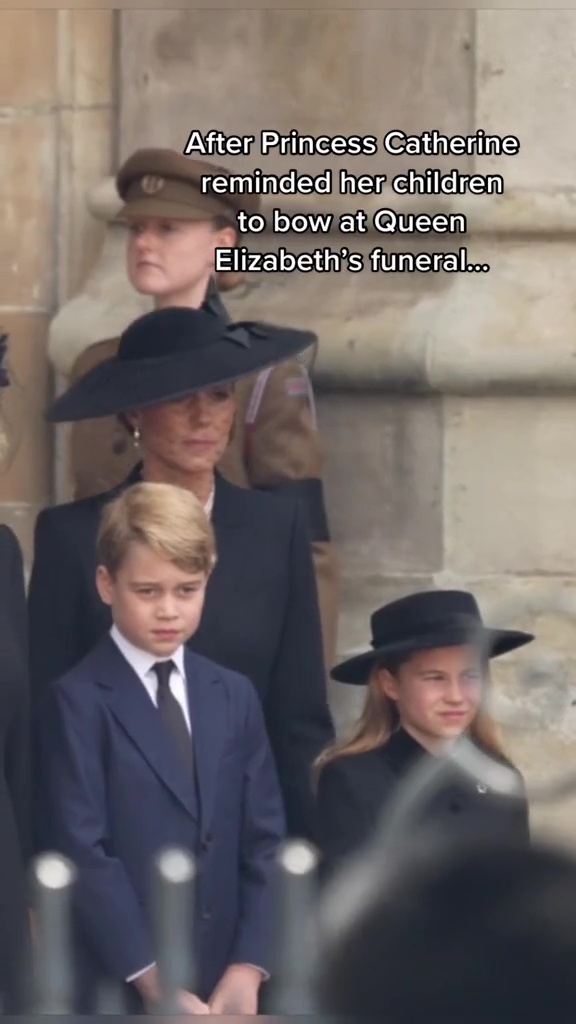 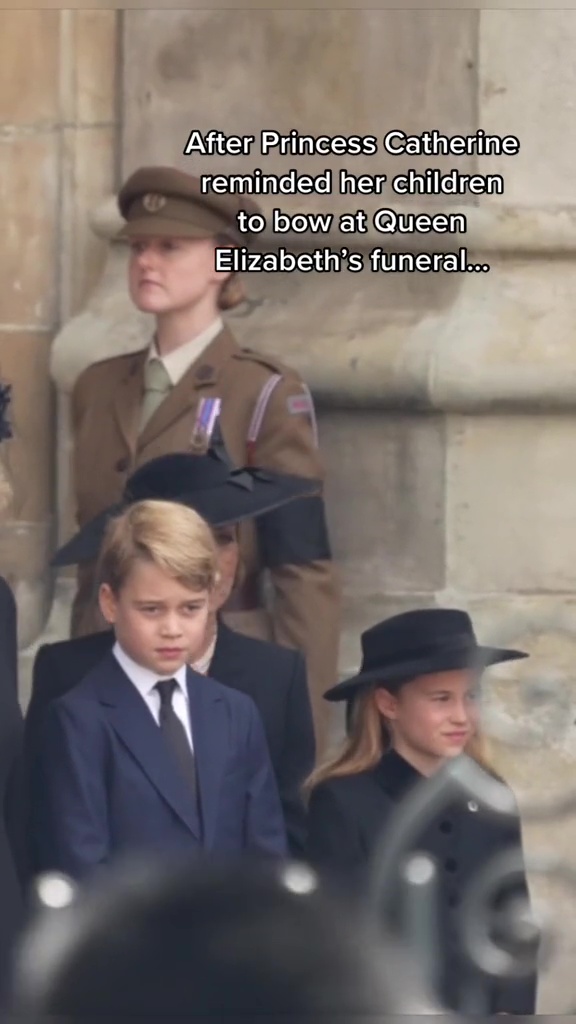 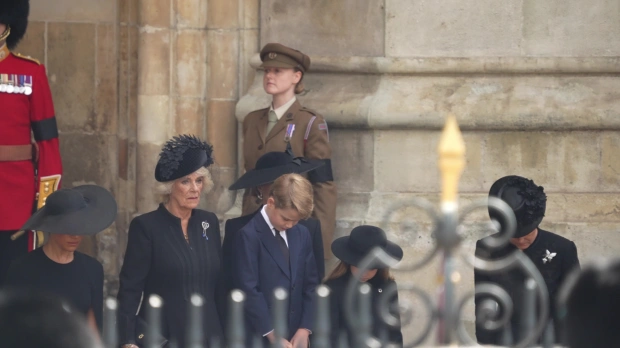 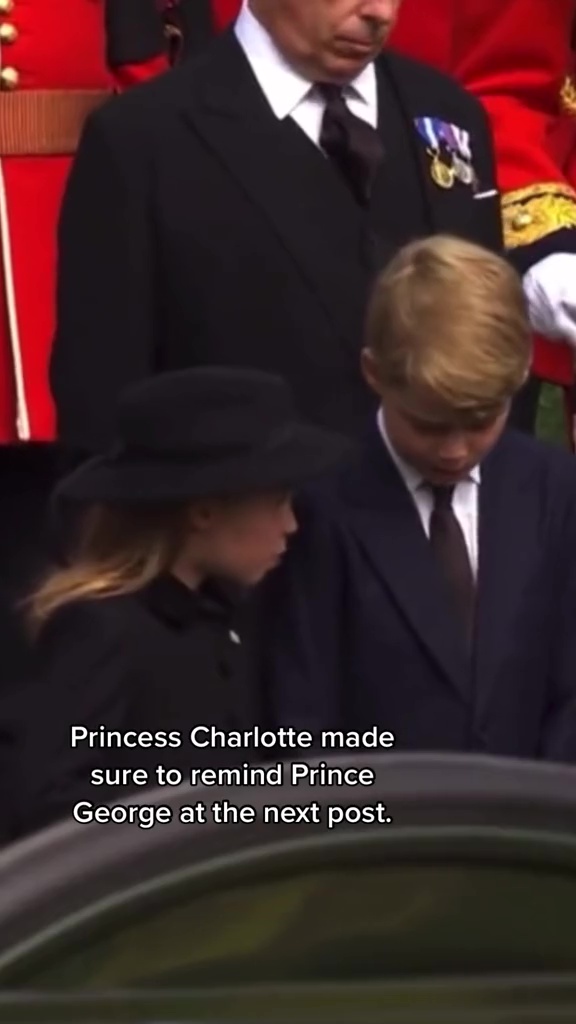 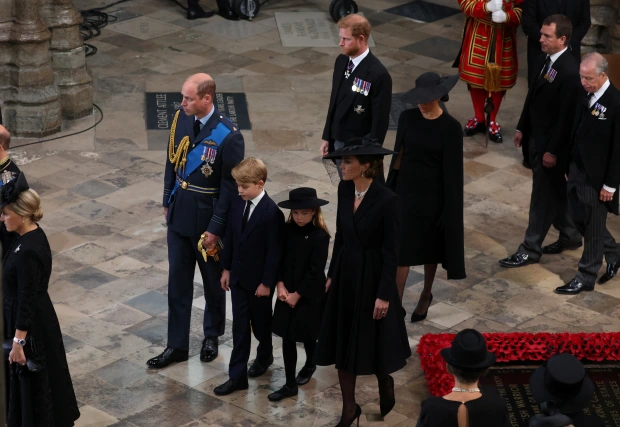 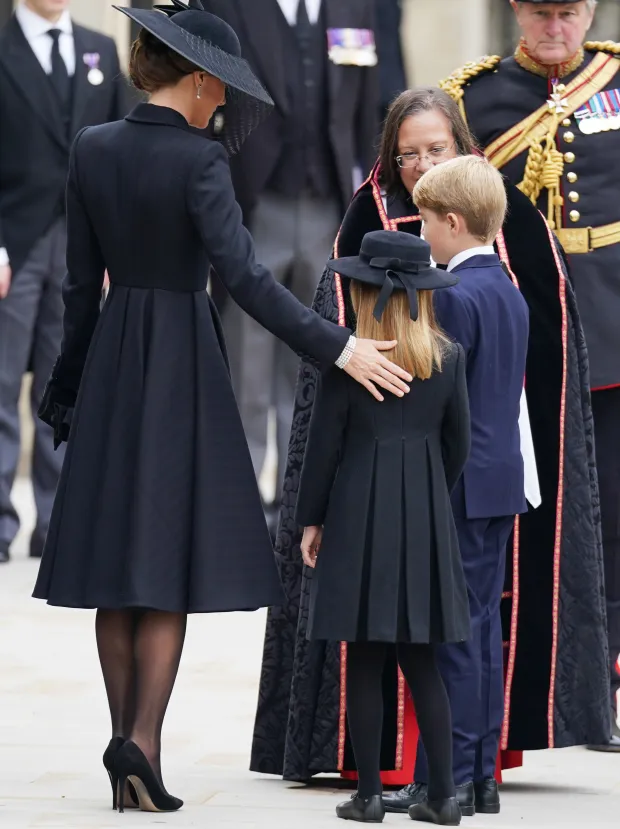 Kate could be seen bending into a deep curtsy and quietly telling her two impeccably-behaved kids to follow suit as they stood in front of her.

Later, royal fans spotted Charlotte appearing to remind her brother about royal protocol at Wellington Arch, as they watched the Queen's coffin being transferred to the State Hearse ahead of being driven to Windsor.

And as Charlotte stood next to her brother, she was seen mouthing something to him, with lip readers decoding it as "you need to bow".

Upon being told of his duty by his younger sister, George – who looked smart in a navy blue suit – nodded.

More on the Queen’s funeral 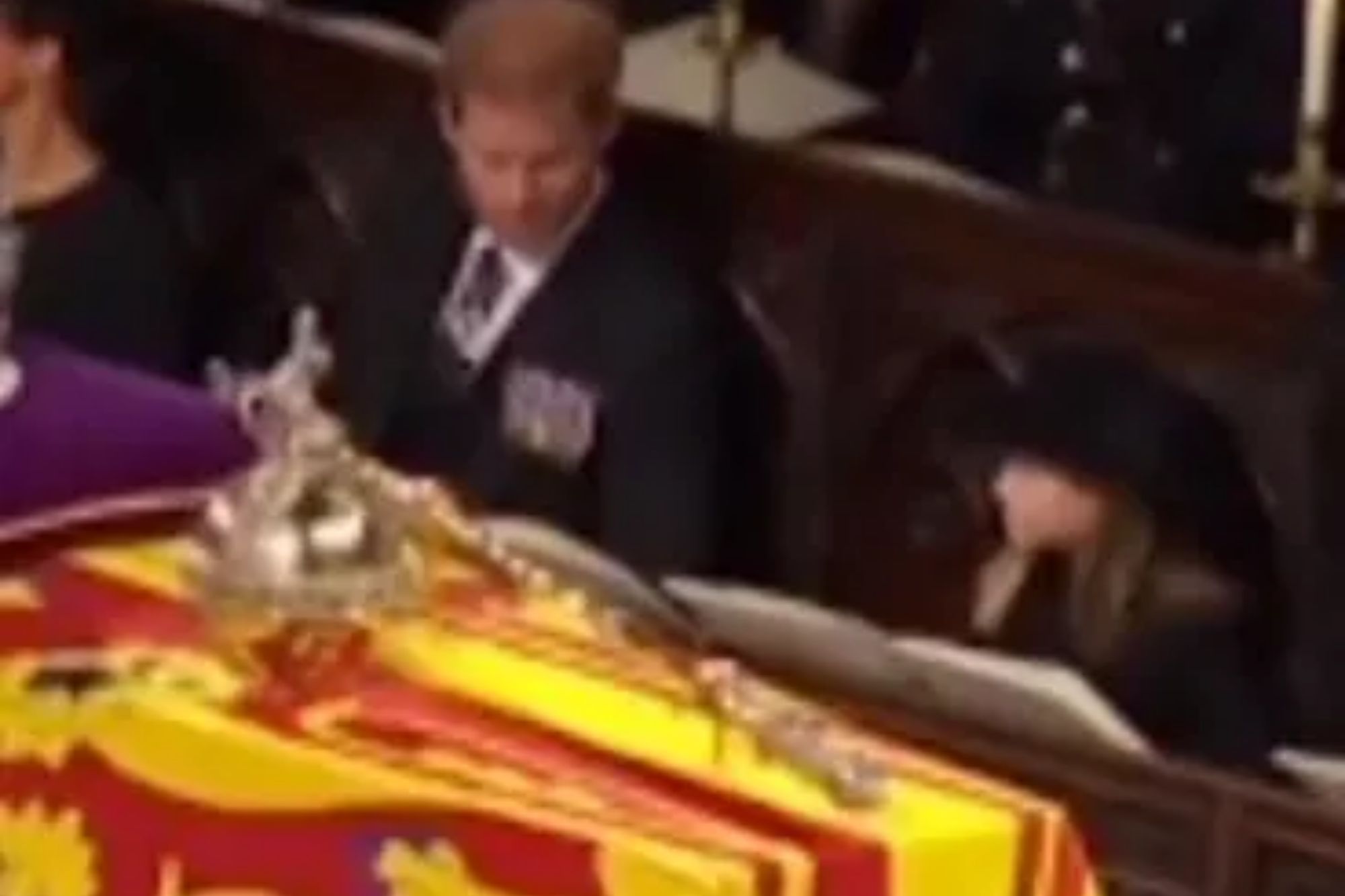 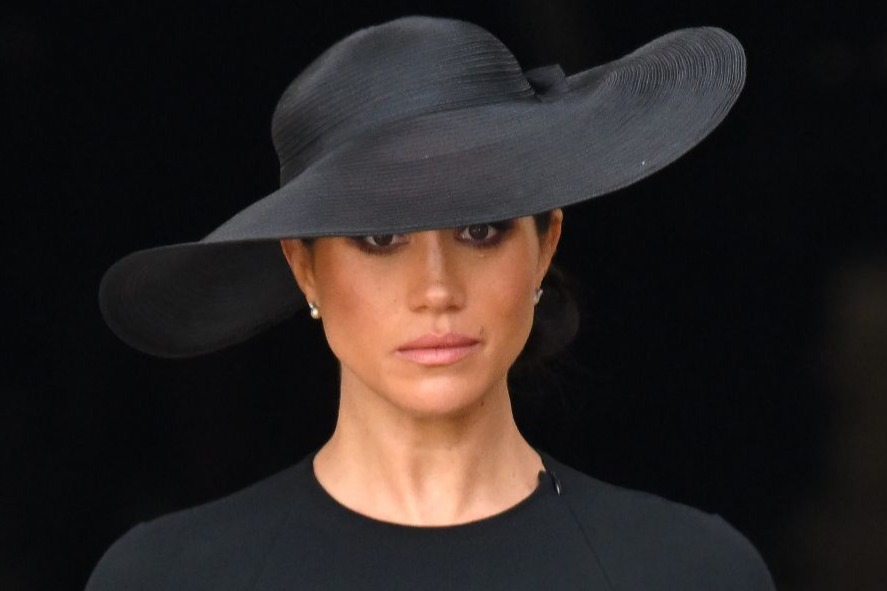 Kate was also seen placing a reassuring, gentle hand on the shoulders of both Prince George and Princess Charlotte as they entered the memorial.

Fans were quick to praise the royal mum-of-three’s parenting style and say her children are a credit to her and Prince William.

One wrote on Instagram: “Love them. They did so well, bless them.”

A second said: “How beautiful are these kids. So proud of them.”

It was originally unknown whether Charlotte and her older brother Prince George would attend their great-grandmother's state funeral, or committal service, but they were present at both.

Their late inclusion is believed to be the idea of parents Prince William and Kate – who believed it important they attend the historic occasion.

In moving scenes, George and Charlotte looked solemn as they walked alongside their parents into Westminster Abbey.

The young royals were snapped during both cute, and heartbreaking, moments throughout the day.

There was another moment where wee Charlotte looked to her aunt, Sophie Wessex, and copied her as she curtsied.

Royalists gushed on Twitter over the "adorable moment" and "touching show of respect".

Businessman, 41, furious as We Buy Any Car REFUSES to buy his £33k Merc

Aunt Sophie Wessex was also praised for comforting the young prince throughout the day.

The wife of Prince Edward was seen placing a reassuring arm around future George's shoulders at Westminster Abbey.