THIS week Love Island fans have just one question on their lips: "Why was Sherif booted out of the villa?"

While ITV have yet to reveal the real reason other than 'he broke the rules', talk on Twitter has been rife that he enjoyed 'alone time' in the shower. 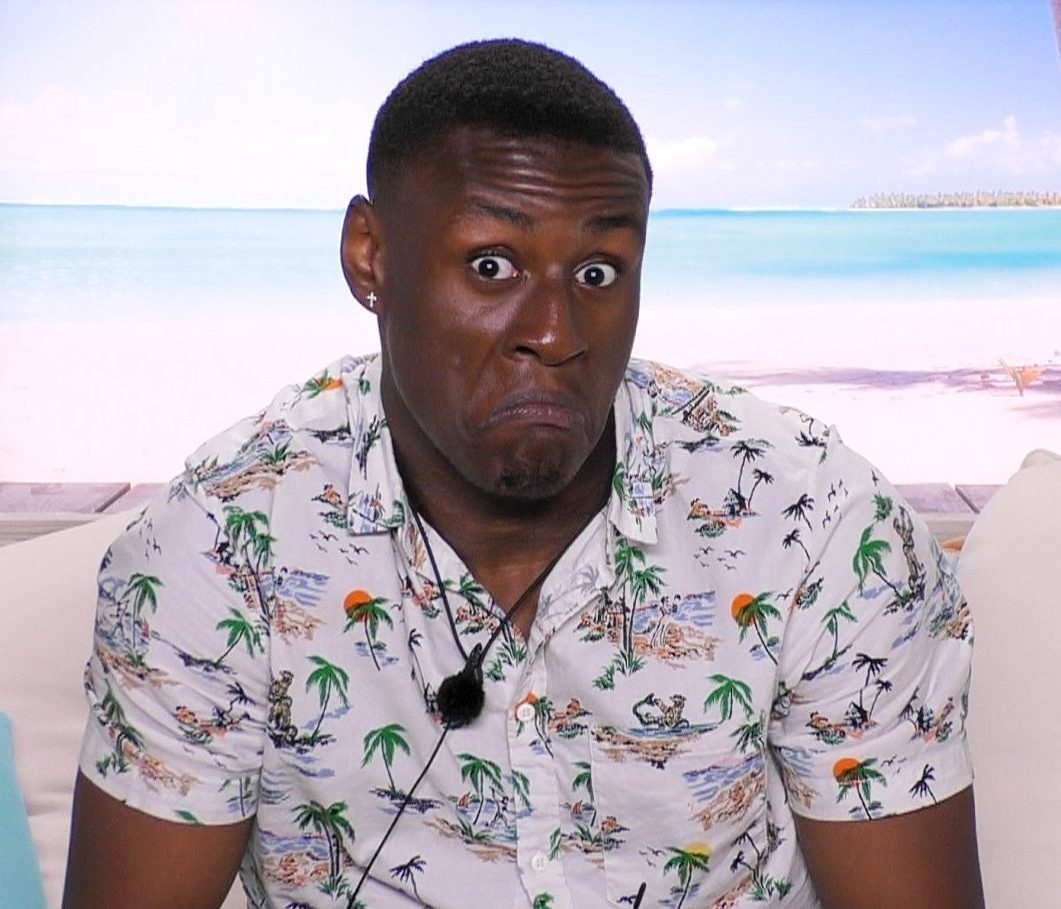 Social media users have been sympathetic to the rumours, with many claiming it would be ridiculous to expect a 20-year-old lad, locked in a house full of bikini-clad babes, to refrain from a bit of alone time.

‘I busted my bloke t***ing himself off into my tanning mitt!’ 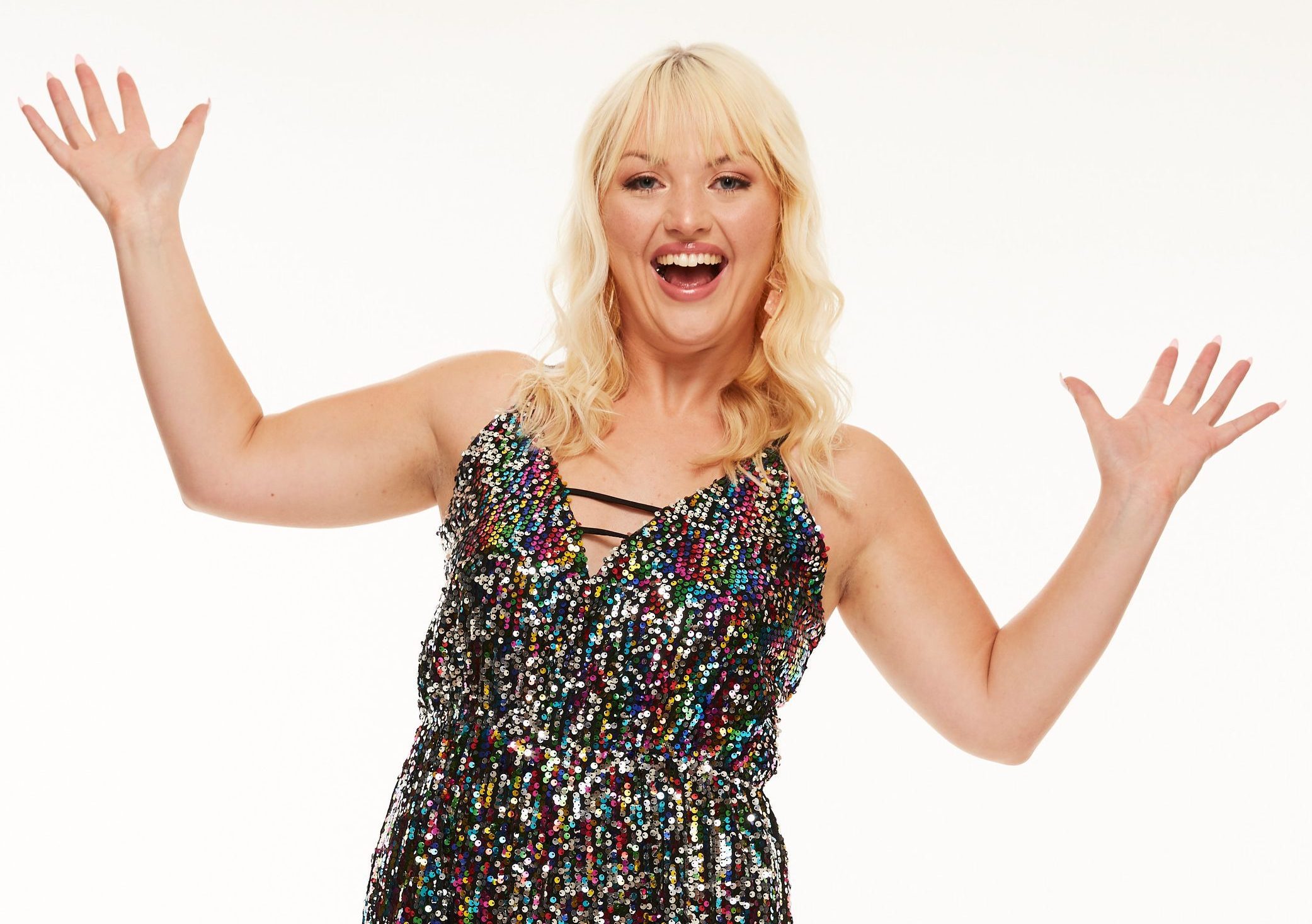 Charlotte Thomas, 24, is an accountant from Merseyside. She says: “Two years ago I was dating a 25 year old guy, who was staying over at my house.

One evening, after a work out, all I wanted to do was light some candles and take a long hot bath.

However, opening the bathroom door I got more than I bargained for.

My new man, of just two months, had filled the tub with my £25 bubble bath and was using my tanning glove to pleasure himself.

He had his earphones in and clearly didn’t hear me coming.

It was only when I threw some hand cream at his head that he realised his ‘alone time’ had been interrupted. I just stood there smiling.

I Whatsapped him a link to Amazon so he could buy me a new St Tropez to tanning mit.

He jumped up, slipped, fell back into the bath but still managed to keep my rather sodden tanning mitt on! There were yelps of horror from him!

I simply closed the door telling him I was making a brew and asking him if he wanted one.

When he did finally appear red faced I handed him some bleach a sponge and Dettol.

I also Whatsapped him a link to Amazon so he could buy me a new St Tropez to tanning mit and some new bubble bath.

After a while I tried to talk to him about it but he was just too embarrassed.

Things got even more embarrassing when his willy turned orange.

The idiot didn’t realise that my tanning mitt was covered in fake tan from the night before.

I told him I wasn’t bothered and that it’s completely natural however he could never look me in the eye again and we didn’t make it to the three month mark. Boys will be boys!” 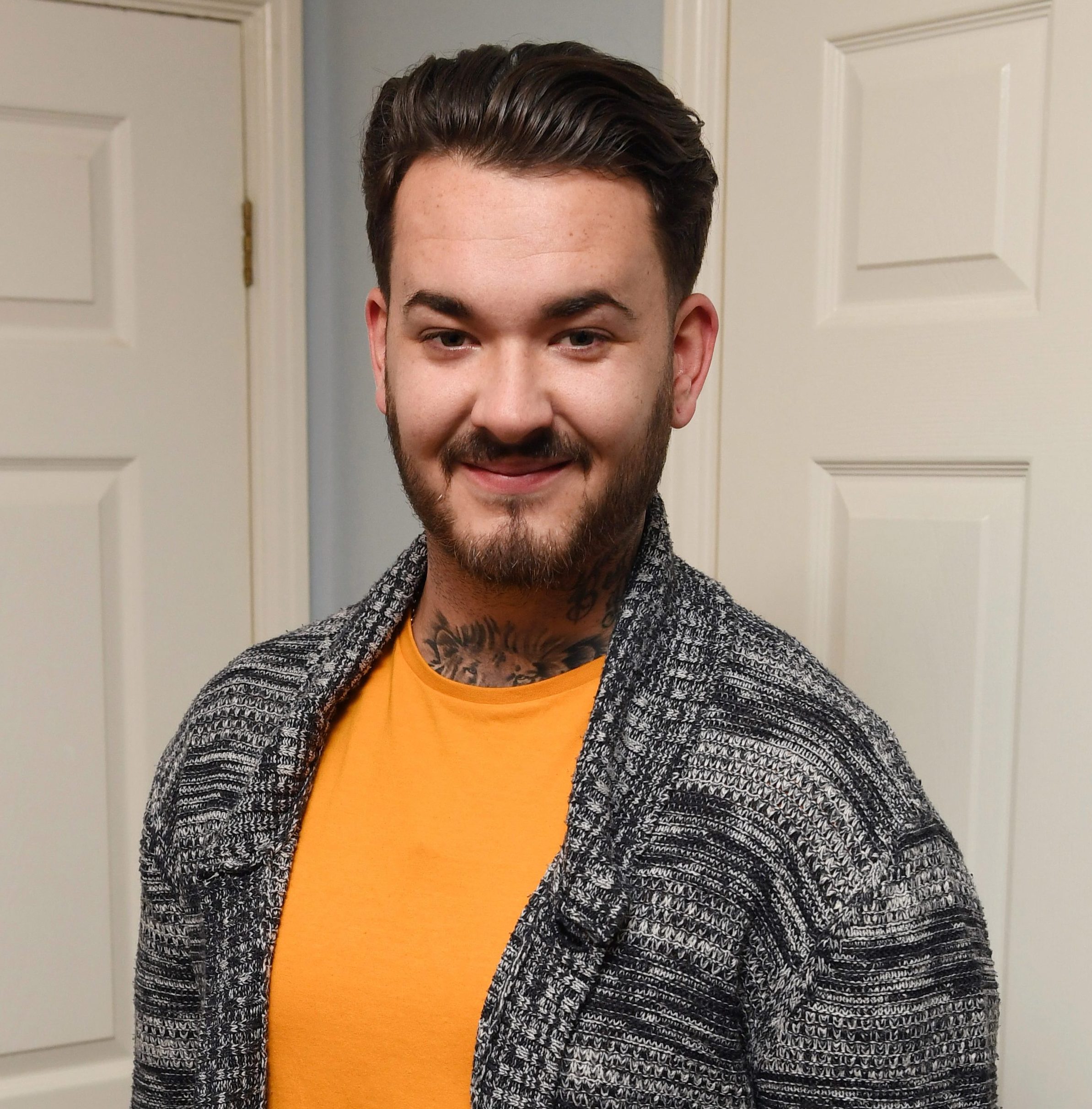 Two years ago I was enjoying a quiet morning glory. My girlfriend had left for work and it was still dark. I grabbed what I thought was hand cream.

However two rubs of the stuff and I realised it was her muscle rub she’d been using on a leg injury.

Within seconds my willy went weak, pain shot through me like a razor blade and it felt like my balls was on fire.

That stuff really hurts and on the tender skin of a lad’s man hood – well it took me a good two weeks to recover. My girlfriend thought it was hilarious – of course.

Within seconds my willy went weak, pain shot through me like a razor blades.

Some of those gels contain beads of minted power – they sting, they hurt and frankly you end up with a penis that looks like it’s been dragged along a dirt road.

It’s natural and its normal when you are single and in a relationship.

It helps reduce stress and anxiety and can help boost your mood. And let’s face it no bloke wants the ache of blue balls.” 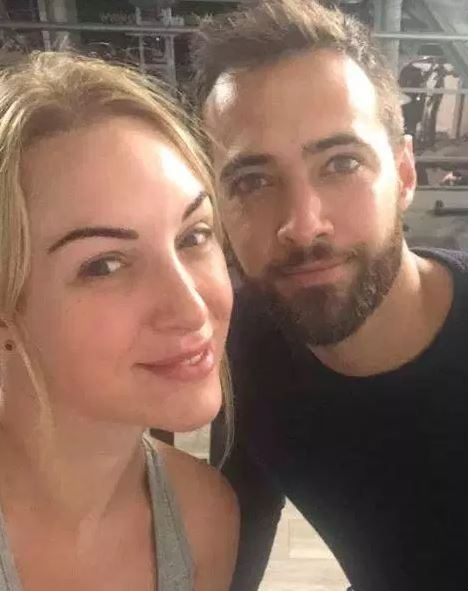 Freddie Shaw, 28, is a city broker from Aylesbury and is dating mum of two Tracy Kiss, 31, a fitness instructor for two years. He says: “Tracy has always been open with me about being highly sexed – we have sex everyday but after a busy day at work, with my head in spreadsheets, we didn’t do it.

We were at home – I was working downstairs and Tracy had gone upstairs.

She’d been up there for about half an hour when I went looking for an economics book expecting her to be tidying her shoes or folding washing.

She blushed a little but I realised she looked incredibly sexy.

I forgot the book I was looking for and we ended up in bed for the afternoon.

We ended up in bed for the afternoon.

It was unplanned and amazing and healthy.

She told me she masturbates daily and it normally takes her five to ten minutes to orgasm. 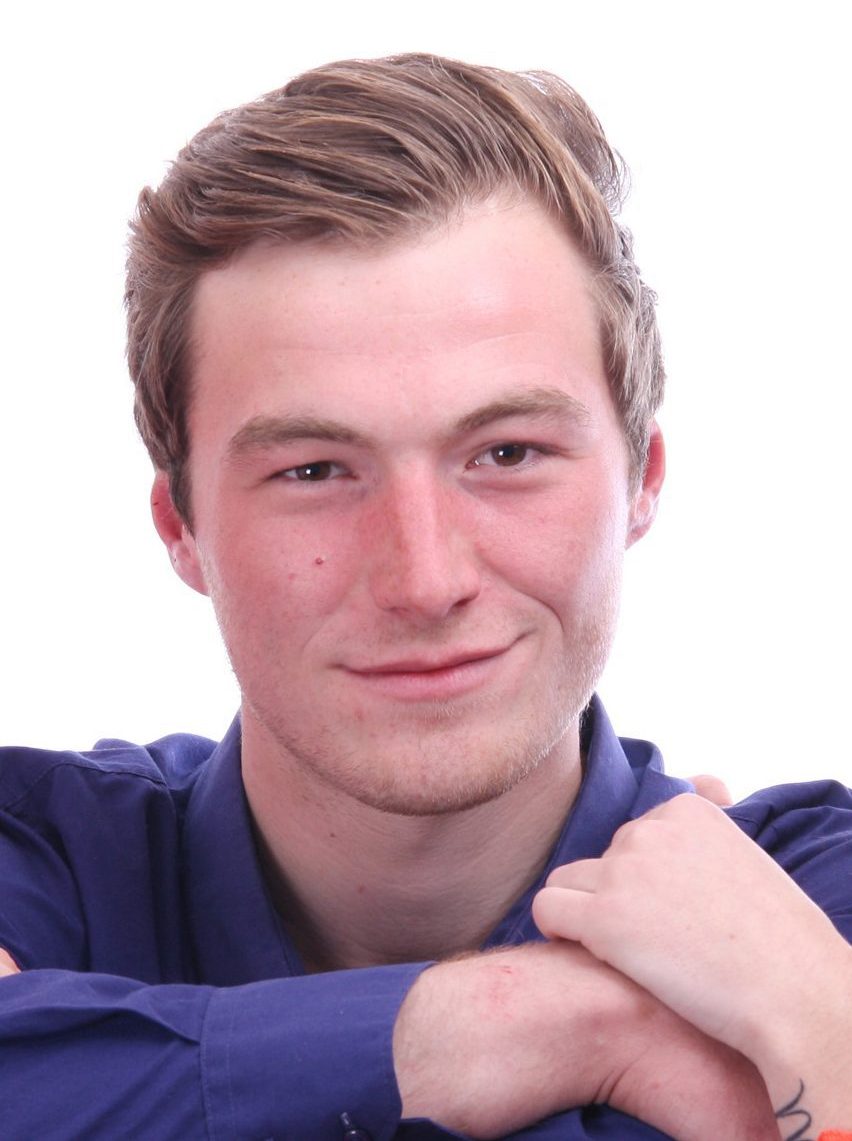 Joe Hutchins, 23, is a riding instructor from Cornwall. He says: “I have been walked in on by my parents, my grandparents, my aunt and at least two girlfriends when I’m trying to have some ‘alone time’.

It all happened because, frankly, I’d had a stressful day at work and fancied some relief.

No one was home, I was in the shower and spotted some fancy new shower she’d bought, so decided to try it out.

I thought it was just the outside of the bottle that had a twinkle but half way through I realised the gel also contained glitter bits.

Then, before I knew it, she was in the bathroom too, fuming!

She’d come home early from work and was horrified I was using her £15 shower gel.

She told me I was gross and disgusting – accused me of being sex mad as we’d had sex the night before.

She told me I was gross and disgusting – accused me of being sex mad as we’d had sex the night before.

I told her boys have needs and I was thinking of her.

Then she burst out in hysterics as my penis was covered in glitter and getting into places it shouldn’t – I have an in-built fear of glitter now – loathe the stuff.

She called me glitter balls for a good three months after that.

But it’s not just us guys! I walked in on one girlfriend doing the deed once. She was so embarrassed.

I didn’t bat an eyelid but told her we were late for our dinner and next time she should sit on top of the washing machine spin cycle to hurry it up."

‘He ended up with a painful case of chilli willy’ 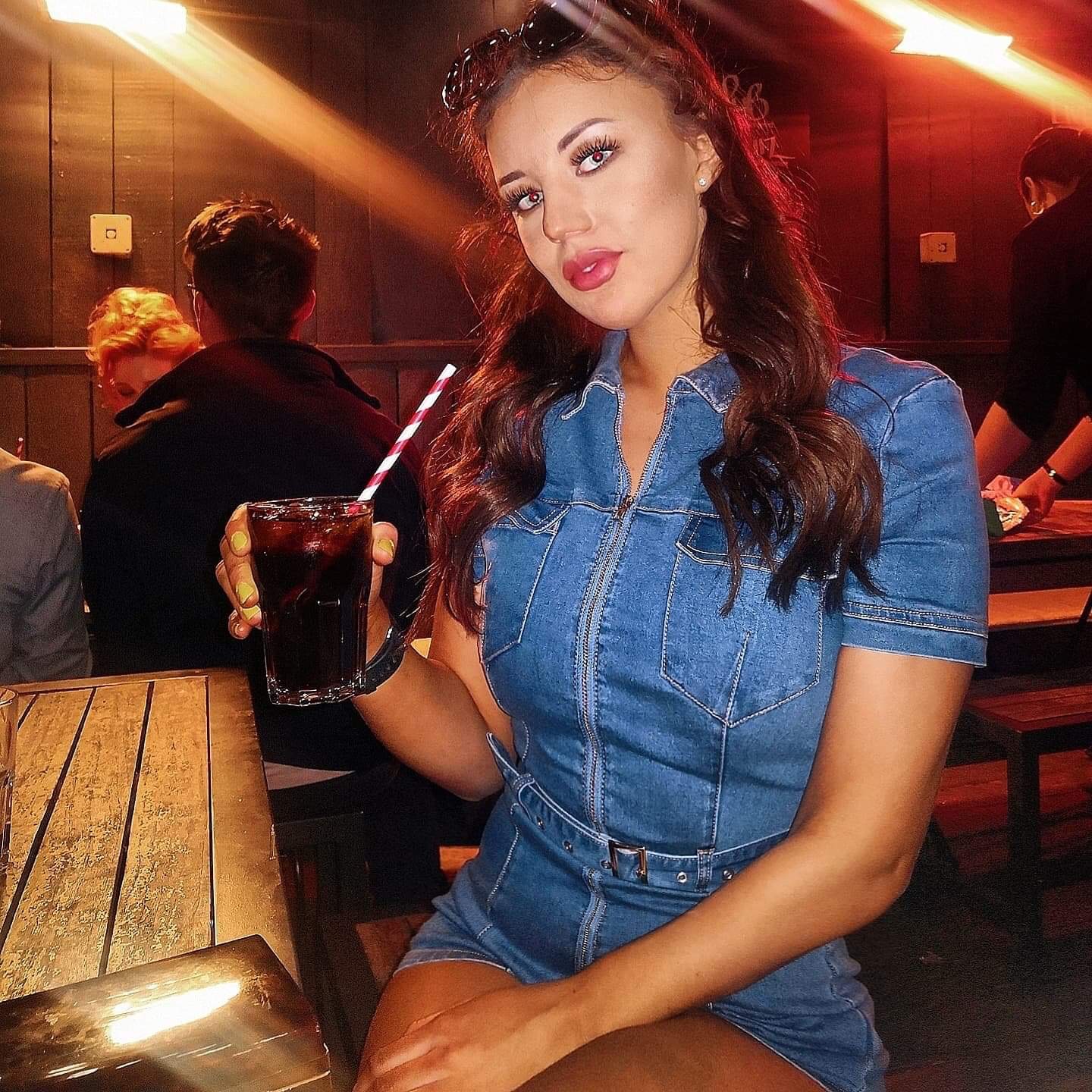 Rikkilee Lemmon, 24, is a caterer from Eastborne. She says: “I love cooking and I love a good curry.

I’d been dating this guy for 7 weeks and he was spending the weekend at mine.

He was giving it large about loving super-hot curry so I made one from scratch using fresh chilli.

I’d washed and dried my hands after cutting the chilli using a hand towel in my bathroom.

He went to have a nap and when I snuck in to grab a recipe book instead of sleeping beauty I discovered him polishing his family jewel.

I was stunned but then instead of the shocked shriek I heard a cry of real pain from him.

It was then I realised he’d used my hand towel for his private session, the same towel I’d left covered in fresh chilli bits.

He ran around the bedroom screaming his willy was on fire.

WE PAY FOR YOUR STORIES!

Fabulous Online is always on the lookout for jaw-dropping stories to feature.
Join our Facebook group or email us to make £££s by sharing your story.

I immediately grabbed some yogurt from the kitchen and told him to go into the bathroom and slather his boy bits with it.

My fast thinking helped ease the pain and I sent him home with two back up containers of plain yoghurt and told him I thought we should have break.

However the fact he used my favourite hand towel really annoyed me.

I figured cooking karma played a role in his alone time session.”

We also told you how one in five women say they avoid sex because they fart too much.

And how more than a third of suspicious Brits admit spying on their partners’ phones or social media to see if they are cheating.