Hometown: Born in Tripoli, Libya, Gashi and his family lived in 24 countries before settling in Brooklyn when he was 11.

Now lives: He splits his time between a spacious loft in Beverly Hills, Calif., and a new house in the Kensington area of Brooklyn that he bought for his parents in 2017.

Claim to fame: Gashi is a rising rapper and singer who has collaborated with DJ Snake, French Montana and other big industry names. His eclectic style (he sometimes wears a patterned scarf tied on his head) and self-aware lyrics (his song “YouTube Comments” tackles cyberbullying) stem from his worldly upbringing.

Big break: As a young boy in Munich, Gashi made money for his family by performing Michael Jackson moves on the streets. He hasn’t stopped grooving since. In 2016, a video of him dancing to his breakout single “Disrespectful,” filmed by his mother, blew up online, spurring millions of streams on SoundCloud and a deal with Roc Nation.

During a meeting with RCA Records soon after, he wowed a conference room full of executives with an energetic impromptu performance. They signed him on the spot. “All my life, I can never stand in one place when I’m listening to music,” he said. 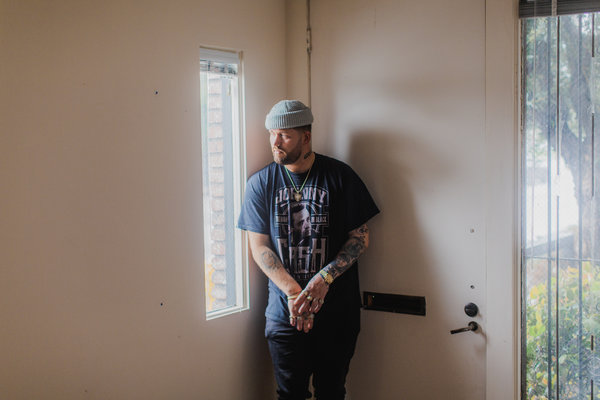 Latest project: His public persona defies neat labels. In January, he recorded a cover of “Hurt” by Nine Inch Nails at Spotify’s New York Studios. The following month, he made his TV debut on “the Tonight Show Starring Jimmy Fallon,” performing his single “My Year,” with G-Eazy and a blizzard of confetti.

“The thing that shocked me was how small the studio was,” Gashi said. “Everything on TV looks super-huge, but in reality it’s like a small elementary school auditorium.”

Next thing: His debut album with RCA Records drops this year. “The album is basically about a rapper who is stuck in a time machine and is forced to make ’80s music,” he said. “I am the trap Phil Collins.”

His mask: Before his record deal, Gashi made ends meet by helping out his father, who worked as a janitor at his family’s apartment building in Brooklyn. “People would bully me and be like, ‘How can he be a rapper if he’s a garbageman?” he said. “So, my mother said to me, ‘Why don’t you wear a ski mask so they don’t see you?’”

He is now rarely seen without a neon-orange balaclava mask rolled into a tight skull cap. “I wear my ski mask before a performance to get into my zone,” he said.