Since its February 1989 debut, the Air Jordan 4 “Fire Red” has re-released in 2006 and 2012, but its 2020 retro is the most true-to-original yet. Featuring some key detailing including Nike Air hits, bigger than life tongue tags and a whole lotta red shade, it’s a thoughtful and fan fulfilling moment that will delight die-hard Jordan purists and new Jumpman ‘heads alike. The build is recreated faithfully, highlighted by a white leather upper with Fire Red detailing on the molded eyelets and outsole. The shoe rounds out with a visible Air sole unit, tongue patch with a Jumpman logo and Flight script graphic. With all that being said, GOAT is carrying this latest release while also taking a look at the legacy of Air Jordans that MJ wore during these career-defining moments, available now on their site. 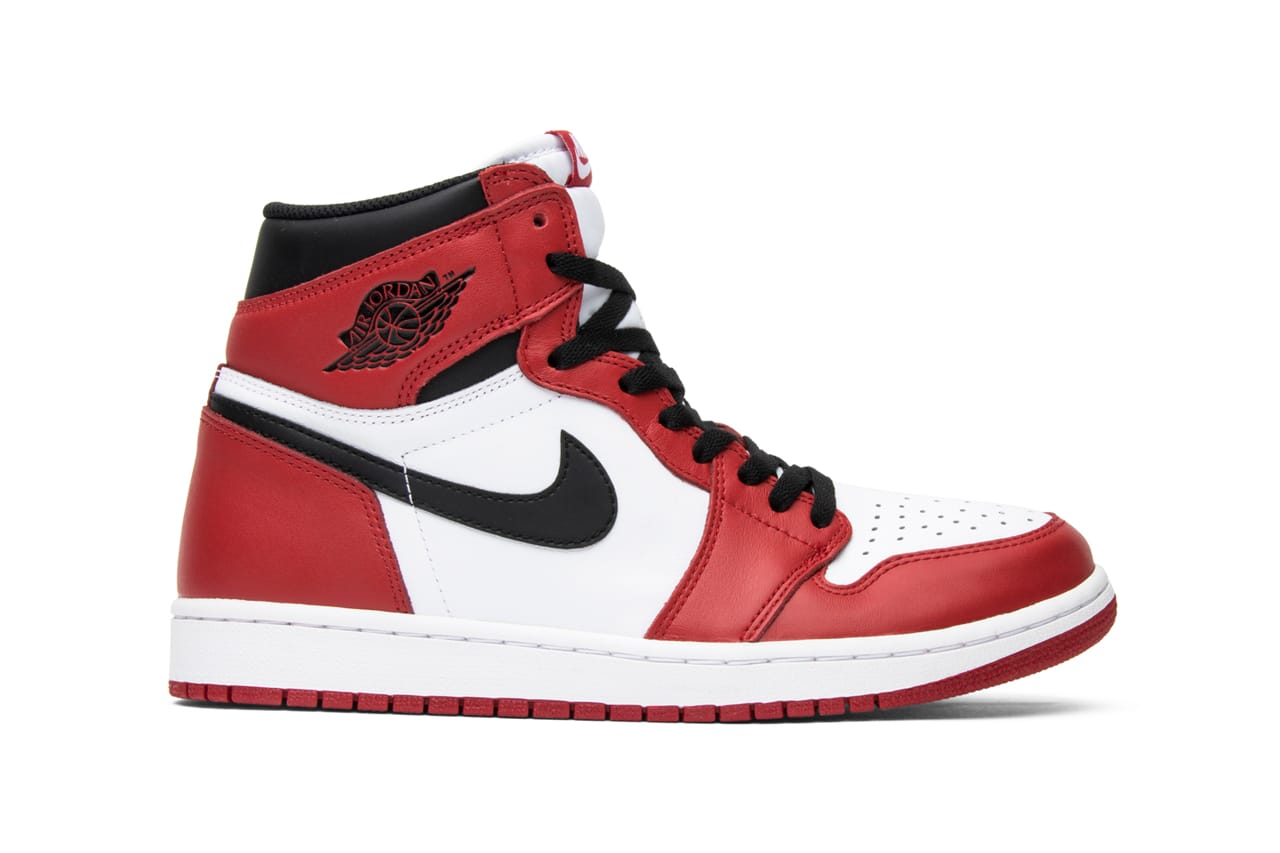 The Air Jordan 1 Retro High OG “Chicago” 2015 colorway was designed to avoid Jordan’s $5,000-per game fines from the NBA after the original black and red colorway was banned. The ‘Chicago’ was first retroed in 1994 and stayed true to the 1985 design. Further retros were released in 2013 with small changes to the design, and again in 2015 with the original branding details: the Nike Air logo on the tongue and the original clean heel without the Jumpman logo. 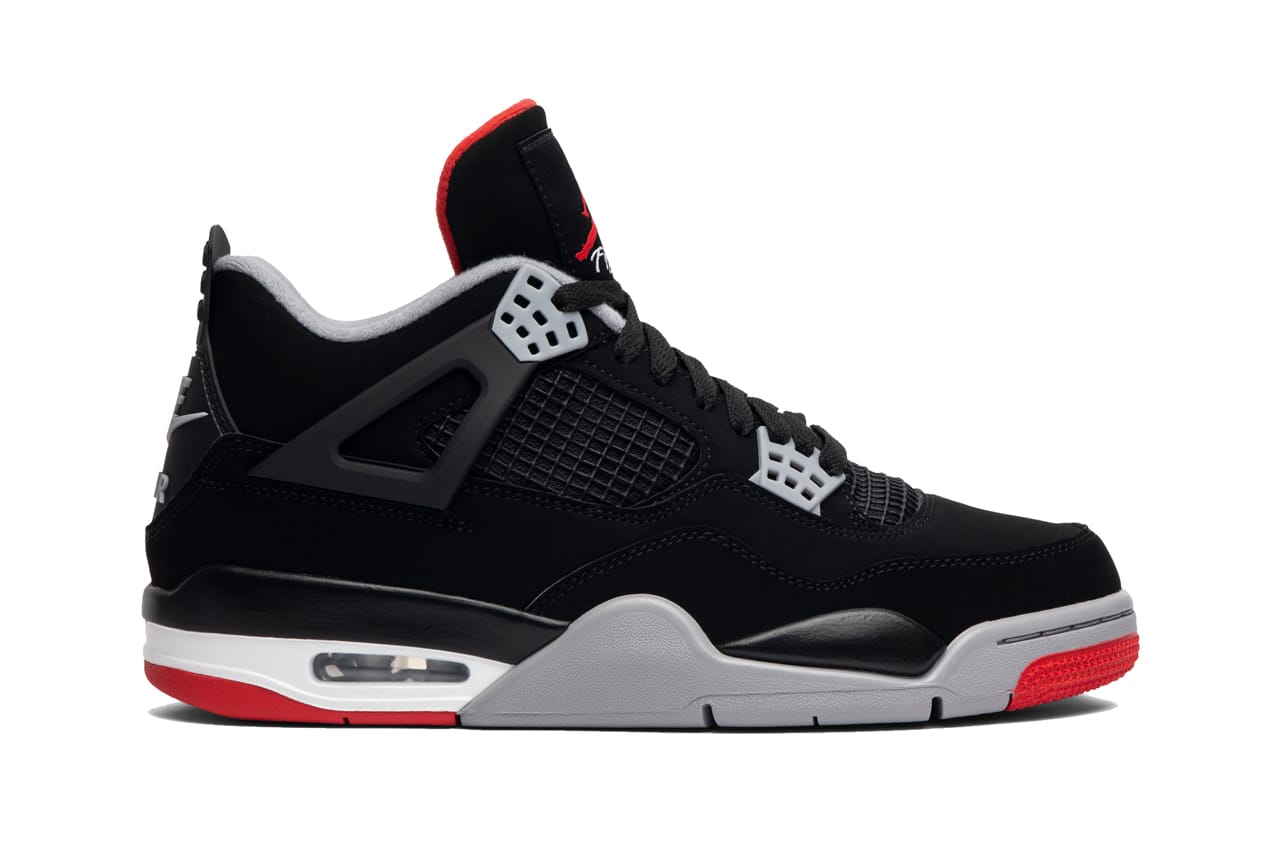 An instant classic upon release, this version of the Air Jordan 4 “Bred” celebrated the 30th anniversary of the classic silhouette, which appeared in the same colorway when Michael Jordan sank “The Shot” during the first round of the 1989 NBA playoffs. It’s rendered in a build that’s faithful to the original, complete with a black nubuck upper, visible Air Sole cushioning underfoot and Nike Air branding on the heel. 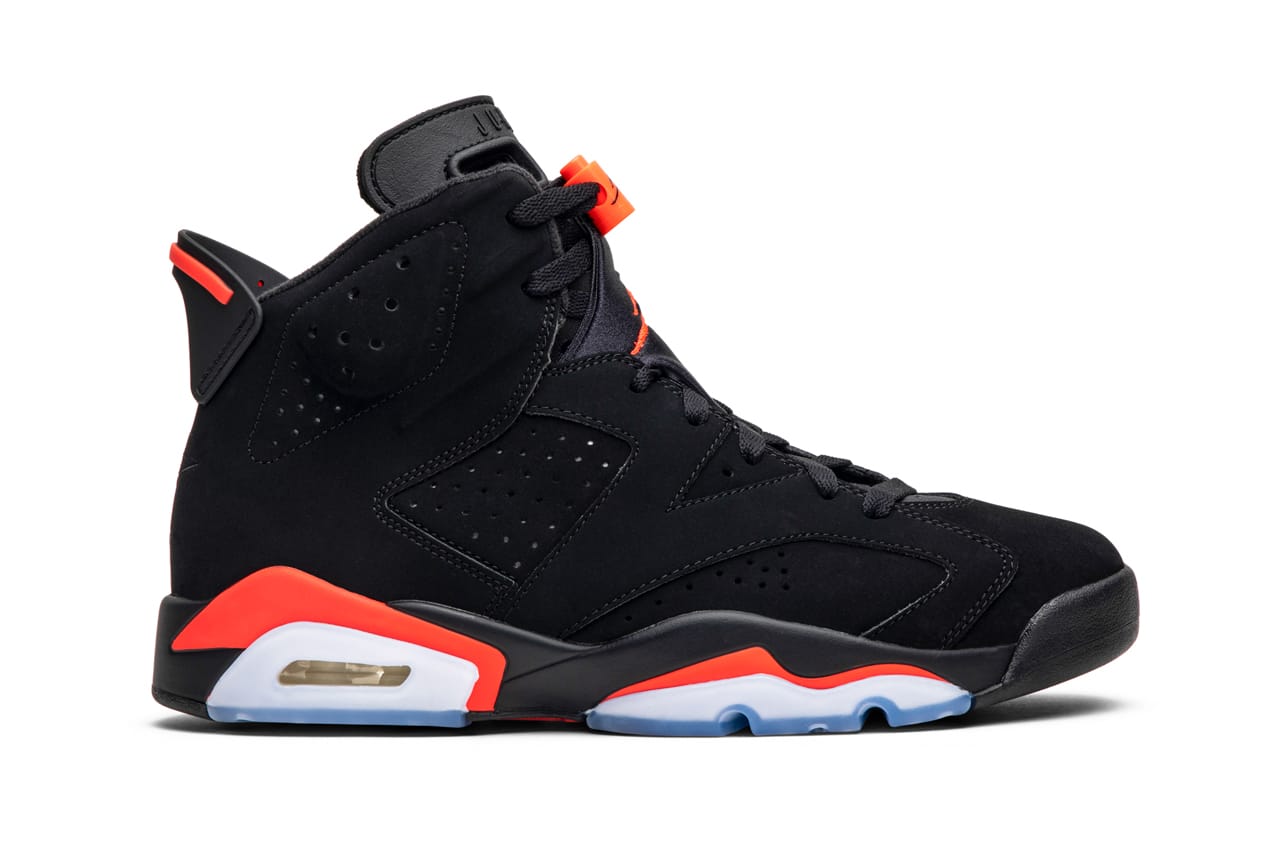 The 2019 edition of the Air Jordan 6 Retro “Infrared” is true to the original colorway, which Michael Jordan wore when he captured his first NBA title. Dressed primarily in black nubuck with a reflective 3M layer underneath, the mid-top features Infrared accents on the midsole, heel tab and lace lock. Nike Air branding adorns the heel and sockliner, an OG detail last seen on the 2000 retro. 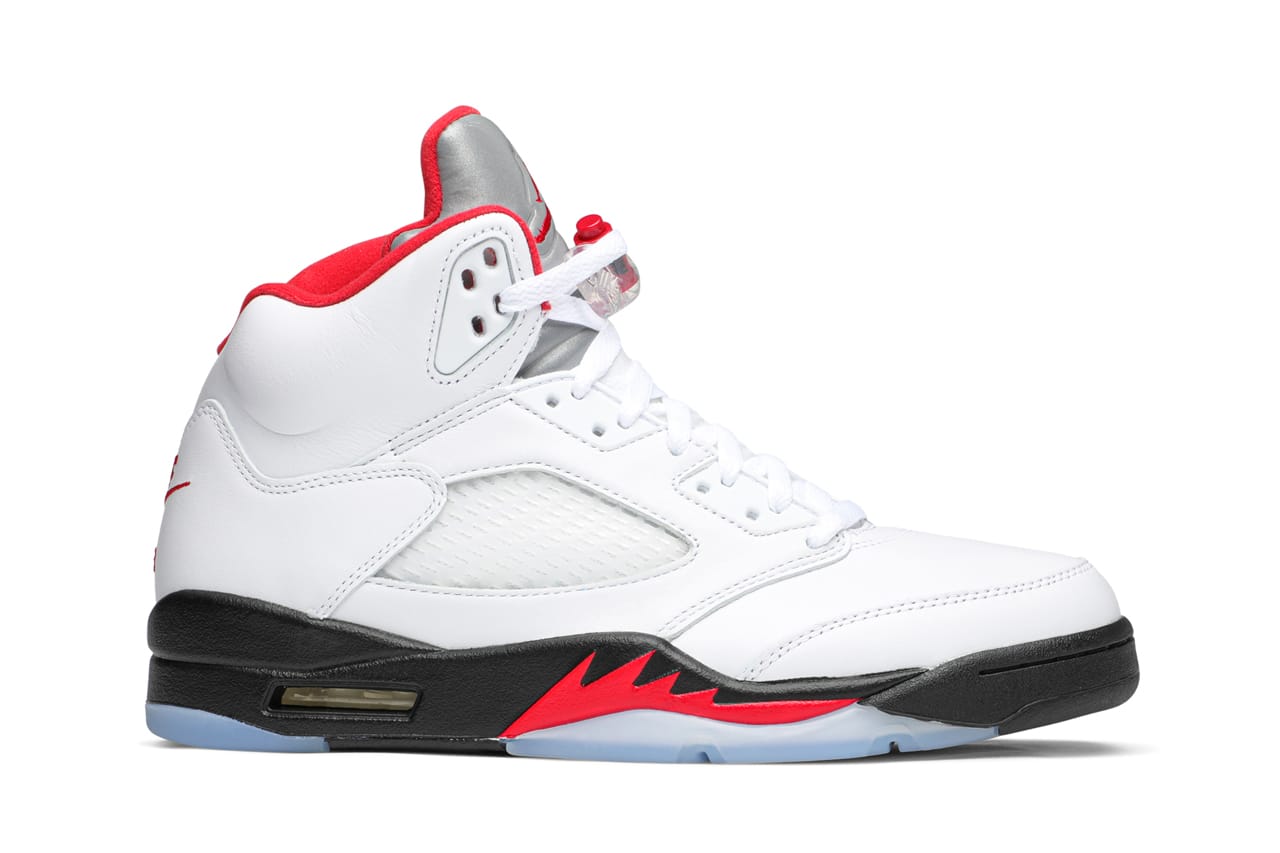 Scoring a career high in points in these shoes, the Air Jordan 5 Retro “Fire Red” is significant for MJ. Earlier this year, this shoe brought back the OG colorway for the 30th anniversary of the iconic Tinker Hatfield-designed silhouette. Staying true to the original, it featured a white leather upper with a silver reflective tongue and Nike Air branding on the heel. The black midsole, embellished with red shark tooth detailing inspired by a WWII P-51 Mustang fighter plane, is reinforced by an icy translucent outsole. 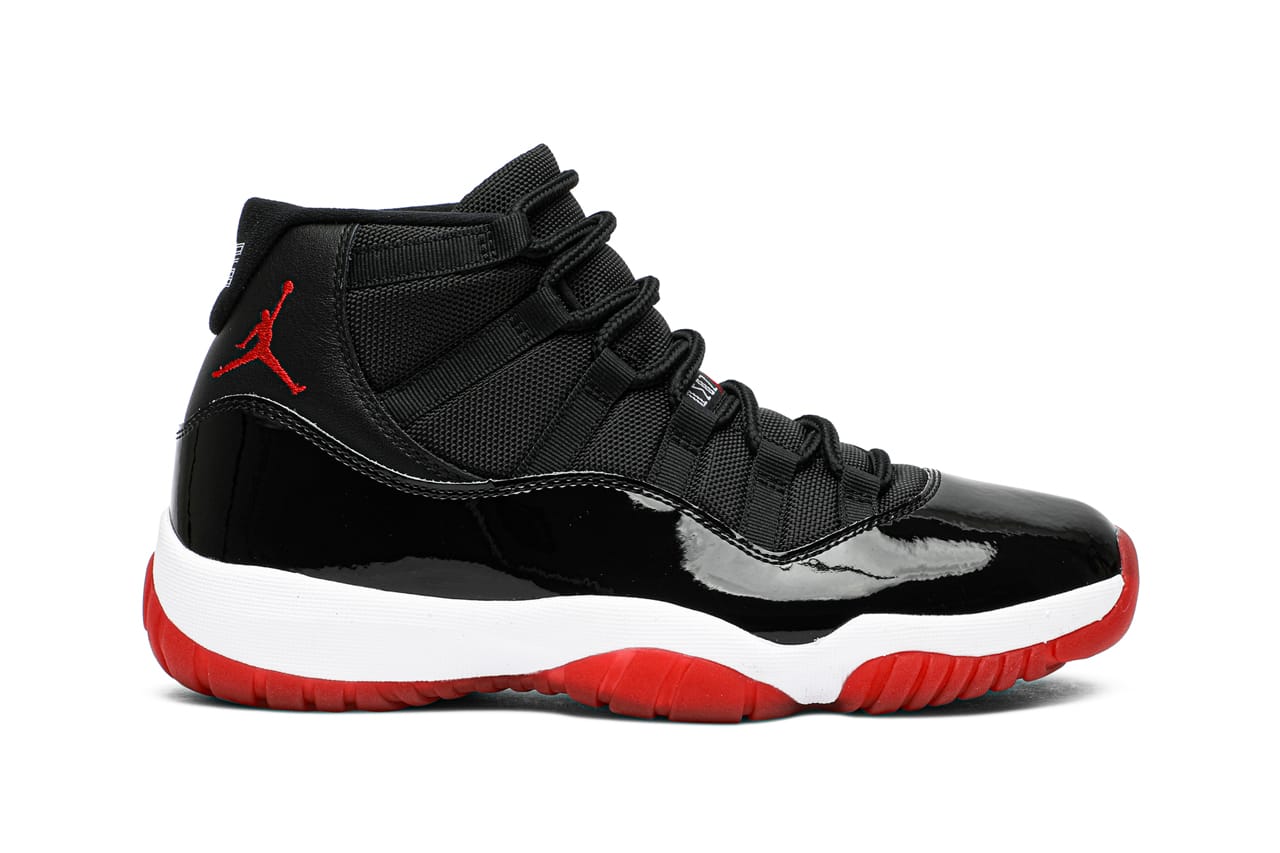 The Air Jordan 11 Retro ‘Bred’ 2019 brings back an original colorway initially debuted in 1995. The Tinker Hatfield-designed silhouette features Chicago Bulls colors, with black mesh on the upper sitting atop shiny black patent leather. A white midsole melds nicely with a translucent Varsity Red outsole, and is the same colorway that Michael Jordan wore during the 1996 NBA championship playoff run, which he won on Fathers Day after his dad had tragically passed. This retro was distributed in December 2019 with OG detailing, including high-cut patent leather, signature Jumpman branding and MJ’s number 23 stamped on the heel. 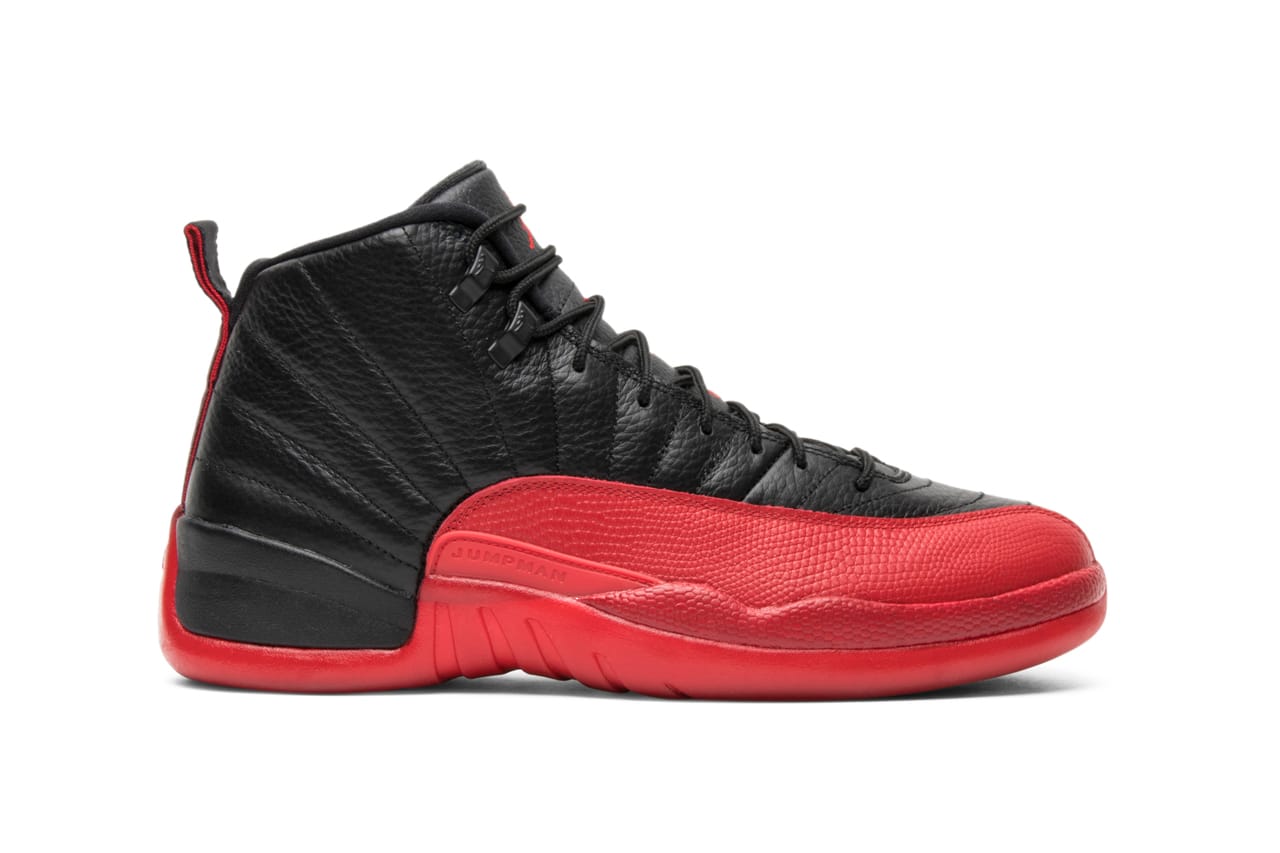 The Air Jordan 12 Retro “Flu Game” 2016 celebrates Michael Jordan’s legendary performance in Game 5 of the 1997 NBA Finals. Battling flu-like symptoms, Jordan lead the Bulls to a 3-2 series lead over the Utah Jazz with 38 points, 7 rebounds, 5 assists, 3 steals, and 1 block. Previously retroed in 2003 and 2009, this 2016 version stays faithful to the OG design with its black tumbled leather upper and varsity red on the mudguard and outsole. 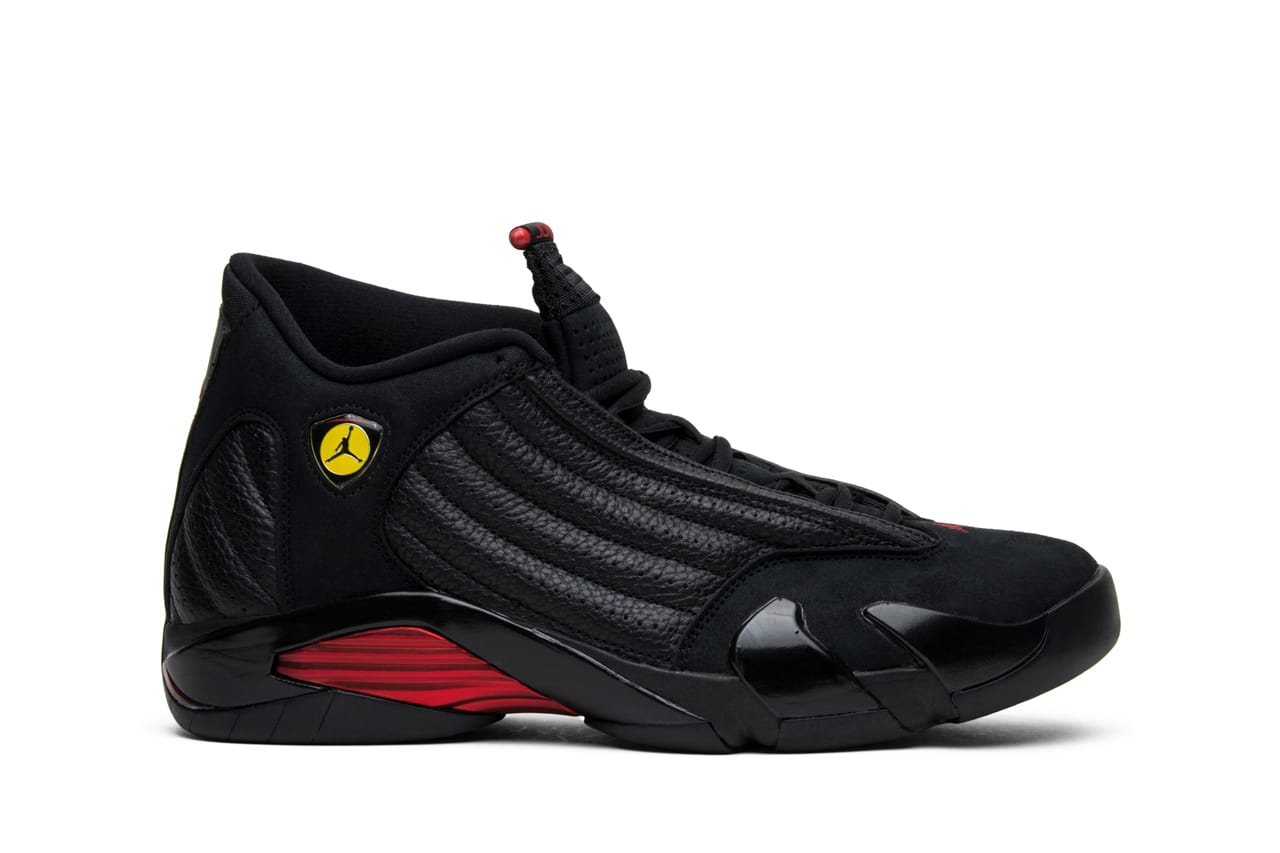 The shot heard around the world. Michael Jordan fans will always remember the Air Jordan 14 as the shoe Jordan was wearing when he hit the winning jumper in Game 6 of the 1998 NBA Finals. The legendary sneaker was reissued again in June 2018. All of the model’s original elements remain for this updated “Last Shot” iteration, including black leather uppers and red Jumpman detailing on the heel and tongue. Its distinct, Ferrari-style medallion on the midfoot continues to serve as the standout feature of the iconic silhouette.
Source: Read Full Article