A WOMAN has showcased her sparkling engagement ring – after she dated her fiance’s brother, best friend and having his cousin’s baby.

The bride-to-be shared a snap of her diamond dazzler on Facebook, where she announced that she was “happily engaged” but it had been a long time coming. 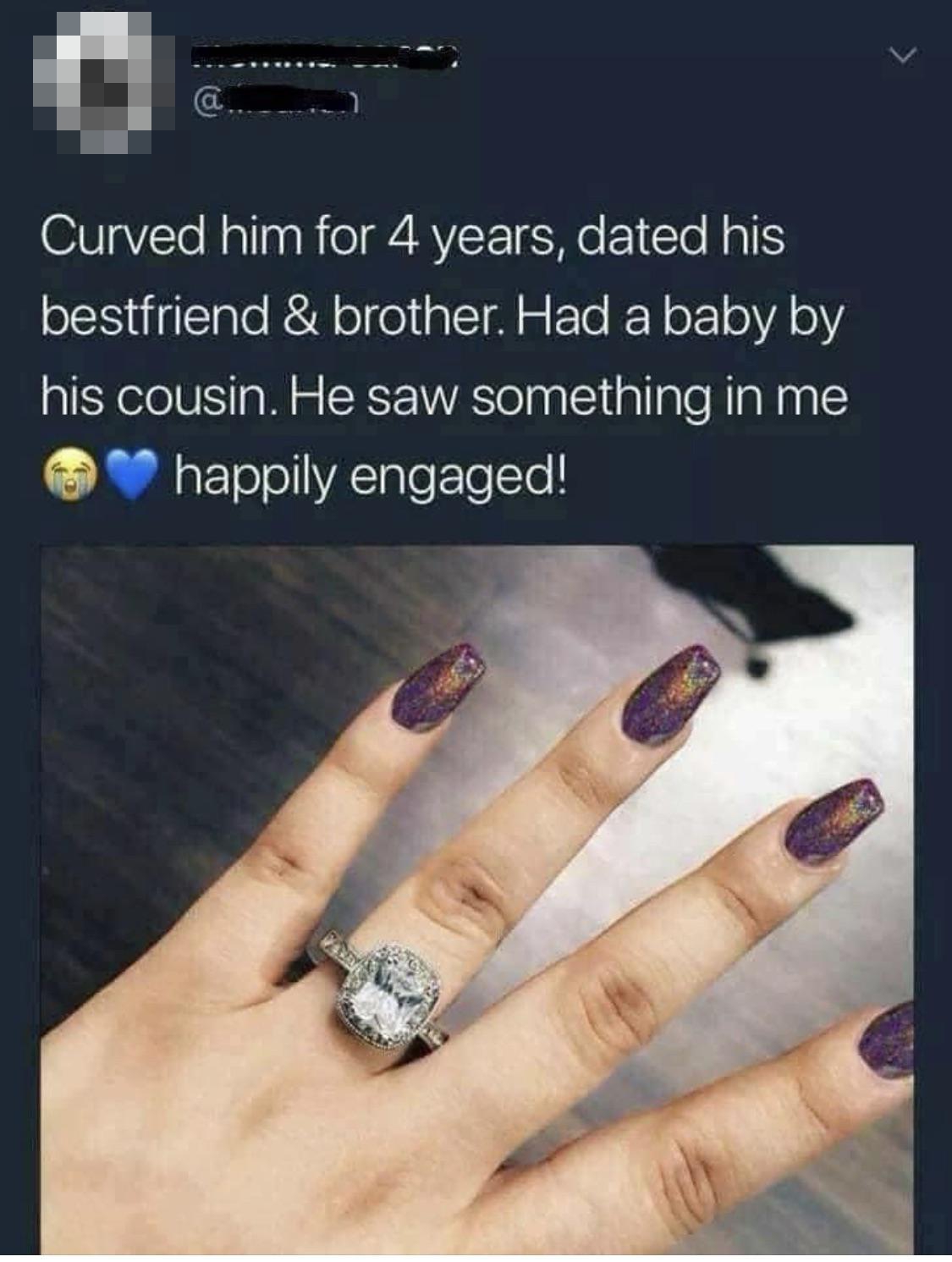 Captioning her snap she wrote: “Curved him for four years, dated his best friend & brother. Had a baby by his cousin.

“He saw something in me, happily engaged!”

The post has since been shared on Reddit where it left users baffled as to why the bloke proposed.

“Very trashy” wrote one, while a third added, “She offers a family package I see.”

The group has over 2.3 million members and is described as a place for "trashy stories, trashy glamour, all things fake, plastic and downright trashy."

In other relationship news, people are sharing their sex spreadsheets rating their ex's kissing and bedroom performance.

And as we told you previously, a mortified woman accidentally left her sex toy on full display as she live streamed her haircare routine.

Elsewhere, a man claims his girlfriend was on Tinder while in BED with him… and he caught her after the app reflected in her eyes.