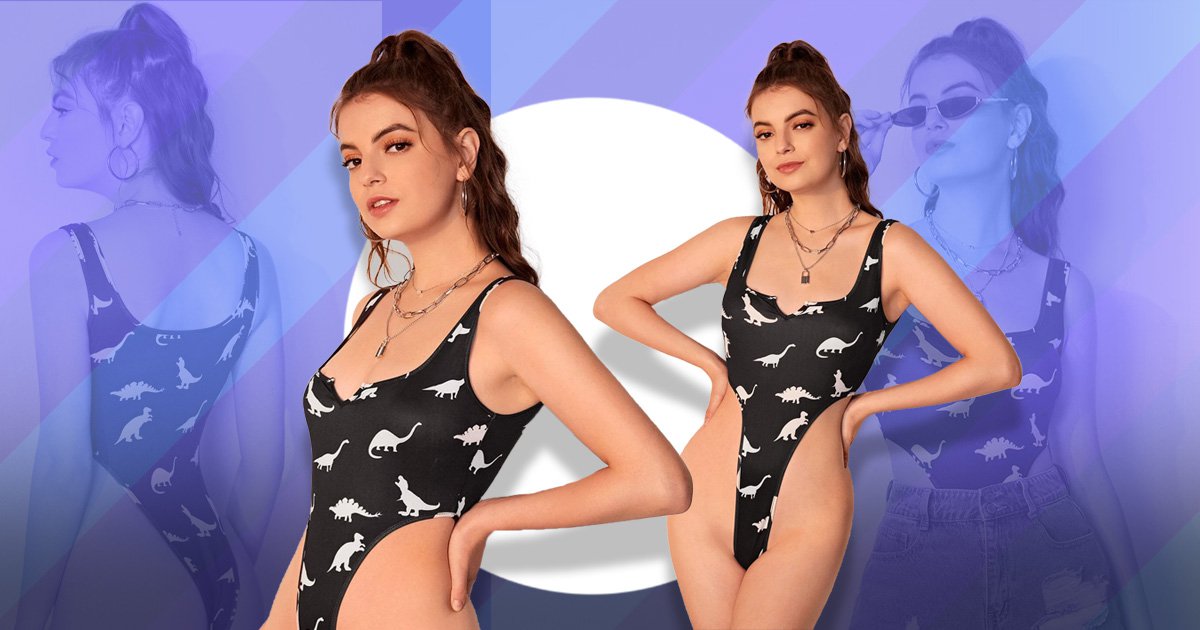 A Shein bodysuit has raised eyebrows due to its super high-cut style, which has been likened to ‘cheese wire’ by commenters online.

The ‘Dinosaur Print High Cut Tank Bodysuit’ retails for £4.49 and is designed to be worn with trousers to show off the ‘thong’ cut.

However, it’s getting all the wrong kinds of attention after being shared across Facebook groups.

The narrow gusset appears to have been edited in promotional shots, as any indication that the model has anything more than a Barbie body has been removed.

In its place is an almost-mankini like groin area that created those coveted v-lines when worn underneath jeans or shorts.

On the Shein website, the bodysuit is described as ‘sexy’, but puzzled shoppers had some more choice words to illustrate how they felt.

A post on a popular Facebook page showed an image of the garment with the caption: ‘Errrm… thoughts?’

One person wrote: ‘It would be like a cheese wire on me,’ and another added: ‘It looks like a yeast infection waiting to happen!’

One more commented: ‘Reminds me when you get a front wedgie in public and you have to do the awkward lunge wiggle walk to dislodge it.’

Reviewers on Shein’s site didn’t appear to be fussed, as the bodysuit currently holds a 4.9 star review score.

‘This bodysuit is so sexy, I like it so much, and the design is also very nice, but it’s a pity that I’m single,’ said one person.

If you love dinosaurs and don’t mind a little chafing, why not eh?!