AN American school backtracked on a plan to hand out “modesty ponchos” at a dance following a huge student backlash.

The principal at Divine Child High School in Dearborn, Michigan, said a plan to require female students to wear “modesty ponchos” at prom if their dresses are too revealing would not go ahead. 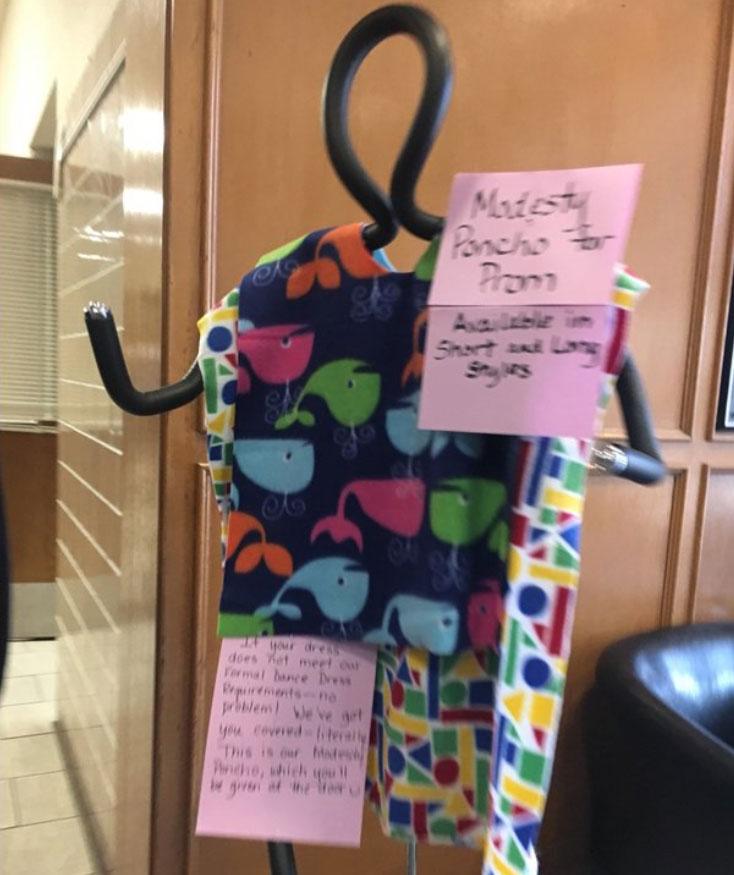 The idea did not go down well on social media and with some students accusing school authorities of body shaming female pupils.

Principal Eric Haley issued a statement through the Archdiocese of Detroit, which said that the ponchos were intended to remind students of the dress code, not to make them feel uncomfortable.

He said the ponchos will not be passed out at the dance.

The ponchos were previously on display inside the school with a note saying they would be handed to girls wearing dresses that violate the school’s code. 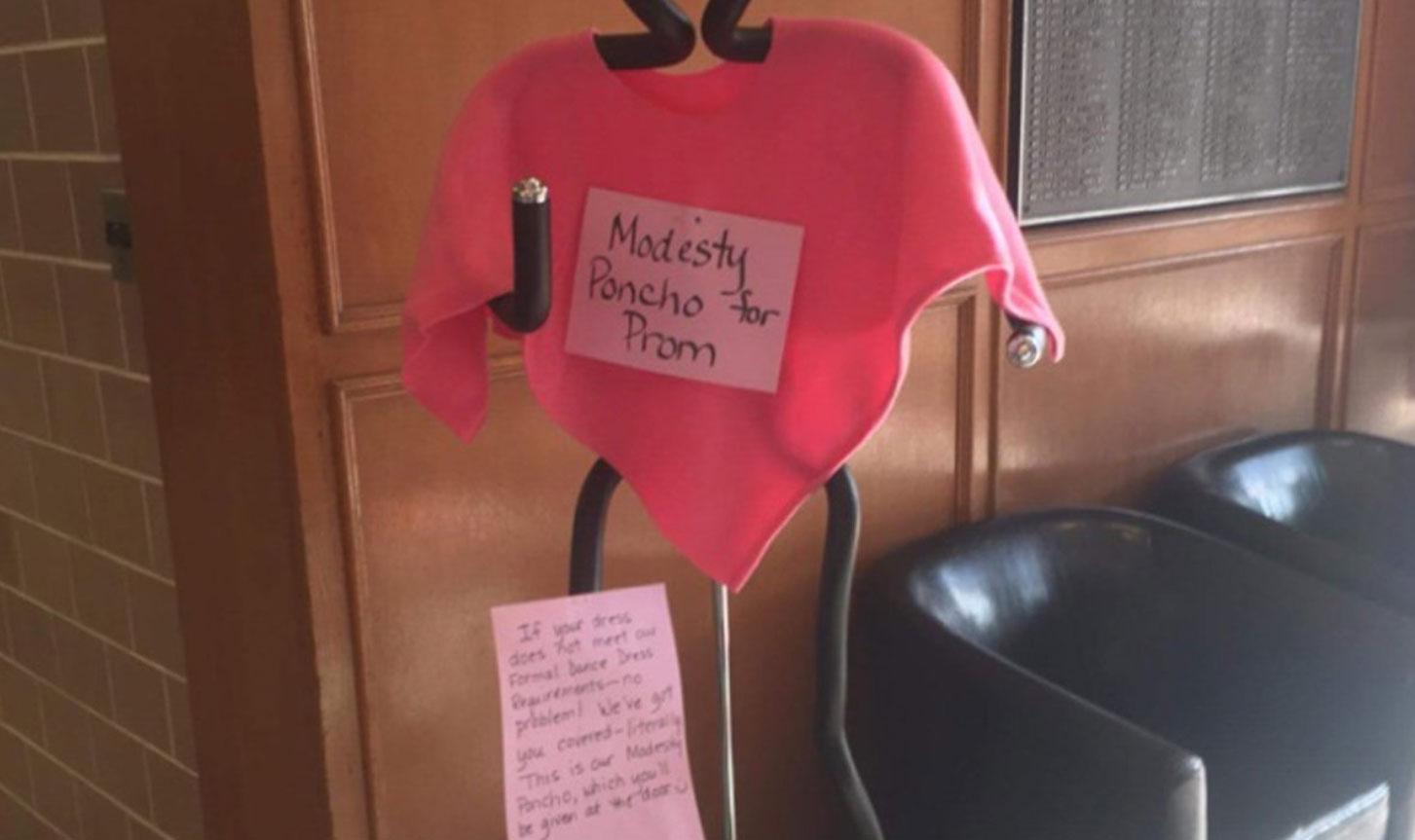 The short pieces of cloth have a hole for the head and just enough material to cover a woman's cleavage.

The formal dress policy for the May 12 prom outlines that dresses cannot have plunging necklines or “cutouts below the traditional bra line,” even if covered with mesh fabric.

The school forbids exposed cleavage and visible midriffs, and a teacher will check for compliance at the door.

Theology teacher Mary Pat O’Malley came up with the “modesty poncho” idea and insisted it was lighthearted.

She said: “We are trying focus on the inner beauty and not draw attention to something that doesn’t need attention drawn to it.

"It was really intended as a deterrent and a lighthearted one at that.”

Mr Haley said the school recognises that the “modesty poncho” has drawn away from its goal of having students adhere to the dress code policy.

“We encourage our students to tailor their outfits or provide their own wraps or shawls that would meet our requirements,” he said.

“If necessary, we may also provide wraps and shawls, as we have done at school functions for many years.”

Some people on social media lashed out at the idea, accusing the school of being draconian.

Plenty of people tweeted pictures of the women from the Handmaid's Tale where the repressed female characters are forced to wear robes.

Another person tweeted: "Regardless of whether or not the modesty poncho was supposed to be a joke, jokes degrading women and making them feel ashamed of themselves have not ever been funny and will not ever be funny."

But while some were angry, others supported it saying it was simply following school standards.

One person tweeted: "I went 12 years to Catholics school. Those are the rules.

"You don’t want to wear a 'modesty poncho' then wear an appropriate dress. There are many beautiful dresses without exposing all you have to offer."

This article originally featured on News.com.au.

Do eBay prom dresses EVER look like the photos? We test 7 budget-friendly gowns… with hilarious results

And from barmy replacement items, to products that came up a LOT smaller than expected, here are the most hilarious online shopping fails ever.

And these women got a nasty surprise after ordering these frocks from the internet.