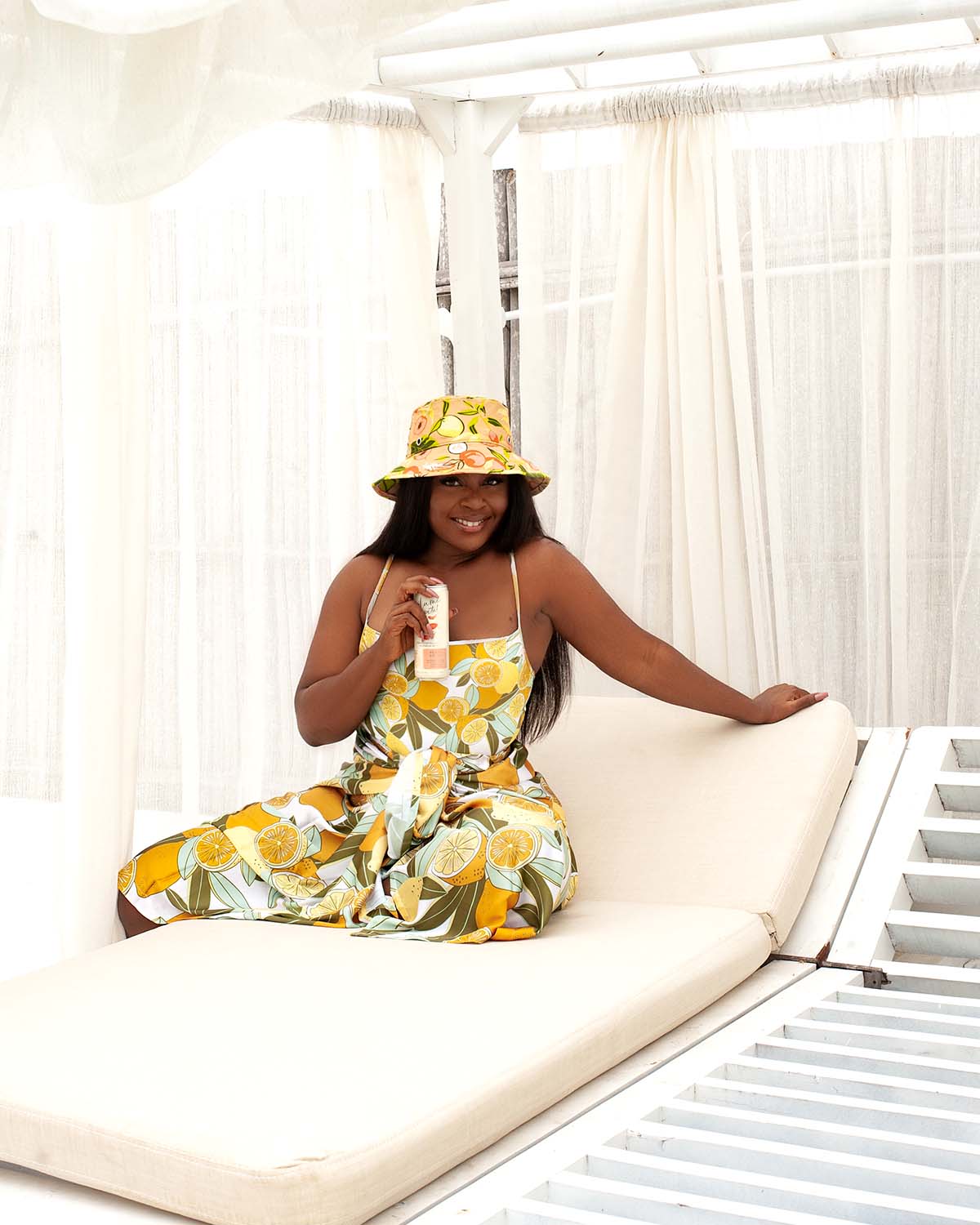 Bringing it back! Whether it’s Lisa Rinna sporting a linen Gucci number or Kourtney Kardashian decked out in plaid, bucket hats are a staple on the style scene this summer.

But rocking the look can be a little, erm, intimidating. Read: Do I look silly? Is this too much? Do I look as cool as Hailey Bieber?

While scrolling through Instagram or making a Pinterest board can certainly serve up a healthy dose inspiration, Us Weekly’s Stylish turned to fashion designer Andrea Iyamah, who is loved by celebs like Kate Hudson, Michelle Obama and Gabrielle Union, for her top tips on rocking the trend.

Iyamah, who just launched her own (very chic) bucket hat in partnership with Plume & Petal Spritz, says that number one recommendation for translating the ‘90s trend to today is to “simplify your look.”

“It [bucket hats] can be a really nice, casual compliment if you want to go to that end. [Pair it] with sneakers or even slippers, a nice t-shirt with a bit of a statement on it, so that way you’re not feeling too out of the box,” Iyamah told Us. “I tend to tell people if you want to pick up something that isn’t really your style, or you’re kind of on the fence, go with wardrobe classic and make the hat flow with that casual look.”

That said, dressing up a bucket hat (cough, cough Rihanna) is a total do in her fashion book too. “I do see a lot of high fashion girls wear it with blazers and it’s more of a dressy style. Something short — a mini skirt, a short dress — and wear it with heels,” the fashion designer added.

For anyone that wants to experiment a little bit with the throwback style, playing with prints is going to be the way to go. Now, to make sure you don’t look like you have too much going on with the whole ensemble, it’s key to coordinate.

Iyamah, who comes from a Nigerian and African background, explained that growing up in a culture that was “very big” with prints allowed her to pick up some tricks for playing with patterns.

The Best Beauty Products to Launch in 2021 … So Far

“I found growing up — and even up until now — when you’re mixing prints there are a couple of things you can do to blend them,” she told Stylish. “You want to make sure that your prints — even though they’re different — are moving in similar directions … So you might not want to do stripe and checkered, you might want to do stripe and polka dot because they have visually similar elements.”

Another suggestion? Coordinate your colors. “I could be wearing a skirt that is a floral and a shirt that is, like, plants, and as long as they’re in the same family of colors, in the same warm tones, or in the same peach or orange [tones], it can work together visually,” the fashion designer explained.

Such is the case when styling her new bucket hat drop, which happens to double as a cocktail cooler. With a fruity meets floral print, Iyamah likes to rock the hat to the beach with her SS21 lemon-print one-piece. “It looked really good together because it had the same flow,” she explained.

While bucket hats are front and center for summer, the celeb-loved designer anticipates that a handful of other ‘90s trends will be in full force come fall. Those on her radar include bandanas, skimpy tanks or pencil tops, psychedelic prints and platform block heels.