A WOMAN has revealed how she bought her wedding dress before she was even engaged, after spotting it on a shopping trip with her baffled boyfriend.

Emma Hunt, 35, a personal trainer and mum-of-two from St Albans, says the bold move was worth it as it pushed her man into popping the question. 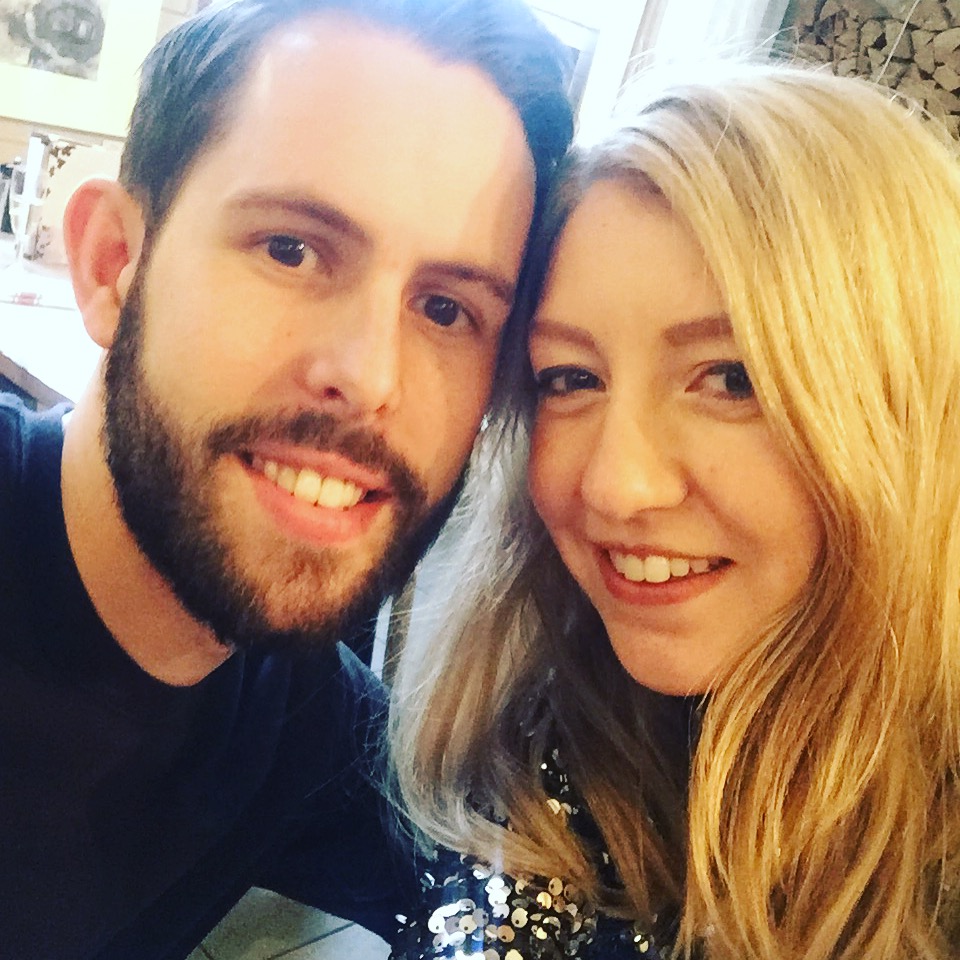 The mum to daughters Zoey, three, and Sadie, three months, says the £200 vintage gown was too much of a bargain to pass up.

Writing for Fabulous, she tells her story…

I’ve always been impulsive: in my career, spending habits (as my online bank balance will testify) and in my love life.

And so why should buying the most important dress of my life be any different? 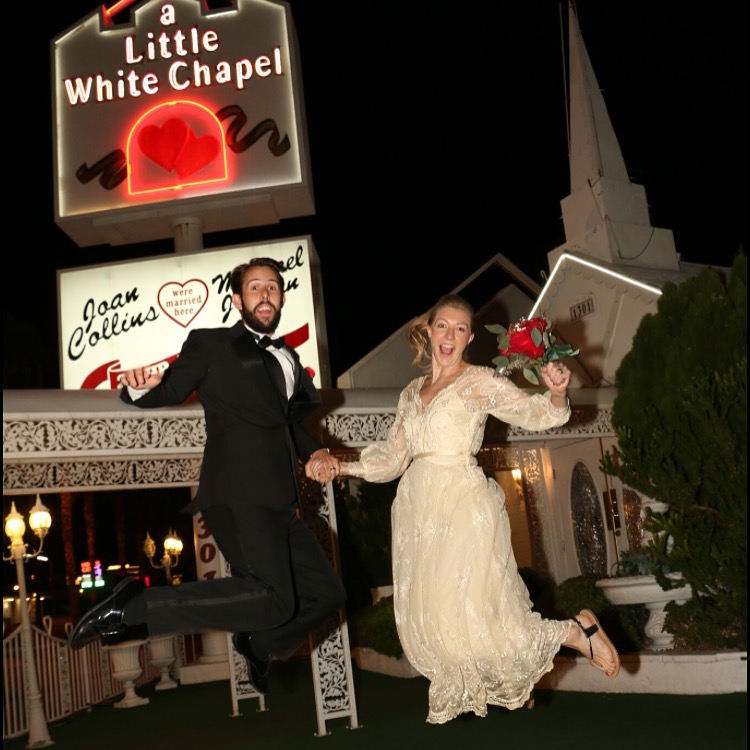 One hungover Saturday afternoon in 2013, aged 27 – mum and boyfriend Tom, now 35, a product manager, in tow – I bought my dream wedding dress. On a whim.

Tom and I had been together for five years at that time, but we hadn’t discussed getting hitched. In fact, I’d always been quite certain I wouldn’t ever get married.

I first laid eyes on her at a trendy vintage market in east London. And right there and then, I knew I had to have her.

The best part? She was a relative bargain at £200.

I know friends who have spent thousands on their dream wedding dresses so I was feeling quite smug – minus the headache of having to traipse through bridal boutiques and wedding exhibitions, gaggle of over-excitable bridesmaids with differing opinions in tow.

It was the dress I would have scoured the bridal shops hunting for with no success as meringues/backless/corseted is just not my style – I’ve always been more of a boho girl.

And that’s the thing with vintage, you have to snap it up when you see it or it’s gone forever.

You’re probably wondering what on earth my long suffering boyfriend Tom’s reaction was. Shocked, stunned and perplexed are all good words to describe it

My initial thoughts weren’t quite as ‘bridezilla' as you are probably imagining right now. I thought it would be the perfect dress for Glastonbury, which I had tickets for later that summer.

I was picturing it toughened up – again Kate Moss style – with a flower crown, studded leather jacket and a pair of boots.

But my mum quite rightly pointed out it was far too beautiful and special for mud and portaloos – so we decided to save it for my future wedding, with no idea yet when that date might be.

You’re probably wondering what on earth my long suffering boyfriend Tom’s reaction was. Shocked, stunned and perplexed are all good words to describe it.

My mum and I were casually shopping, browsing the aisles of vintage and pre-loved clothes, shoes and bags when we stumbled across the dress. Tom was a few steps behind us engrossed in some old vinyl records, unaware of what was unfolding.

By the time we were excitedly discussing what a beautiful wedding dress it would make, Tom had almost caught us up.

My mum, being superstitious and a little bit dramatic, suddenly told Tom to scarper.

He took the hint, making his excuses and hot footed it to grab a coffee – but not before my mum could cringingly comment how it was 'bad luck for him to see the dress before the wedding’. I’ll never forget the look of sheer surprise on his face.

But a roll of the eyes from Tom – rather than him fainting – told me I didn’t have anything to worry about and he knew this was textbook Emma.

He was more miffed at the fact it was £200 which could have gone towards the deposit for our first house.

As my mum was visiting for the day, she took the dress back home with her on the train for safe-keeping. She also offered to pay for it as it seemed like such a special bonding moment for us, which made it all the more special her being there.

Of course, my friends had an absolute field day when I told them. They were astonished but excited about the prospect of a wedding and hen party. The fact I wasn’t actually engaged yet was a small spanner in the works.

Luckily, the dress didn’t turn out to be a bad omen, as 18 months later Tom popped the question.

My impulsiveness came up again and later that week, with my dress safely stashed in my carry-on, we flew to Las Vegas.

We married at Little White Wedding Chapel, travelling there straight from the airport.

Perhaps me prematurely ‘saying yes to the dress’ worked, giving Tom a subtle nudge to pop the question. There’s nothing like buying a wedding dress to force your partner’s hand after all!

We’ve since talked about that day and, although Tom can laugh about it, he does think it’s a huge U-turn after years of me staunchly saying I’d never get married.

He also admits it made the proposal easier, as he felt confident I would say yes. 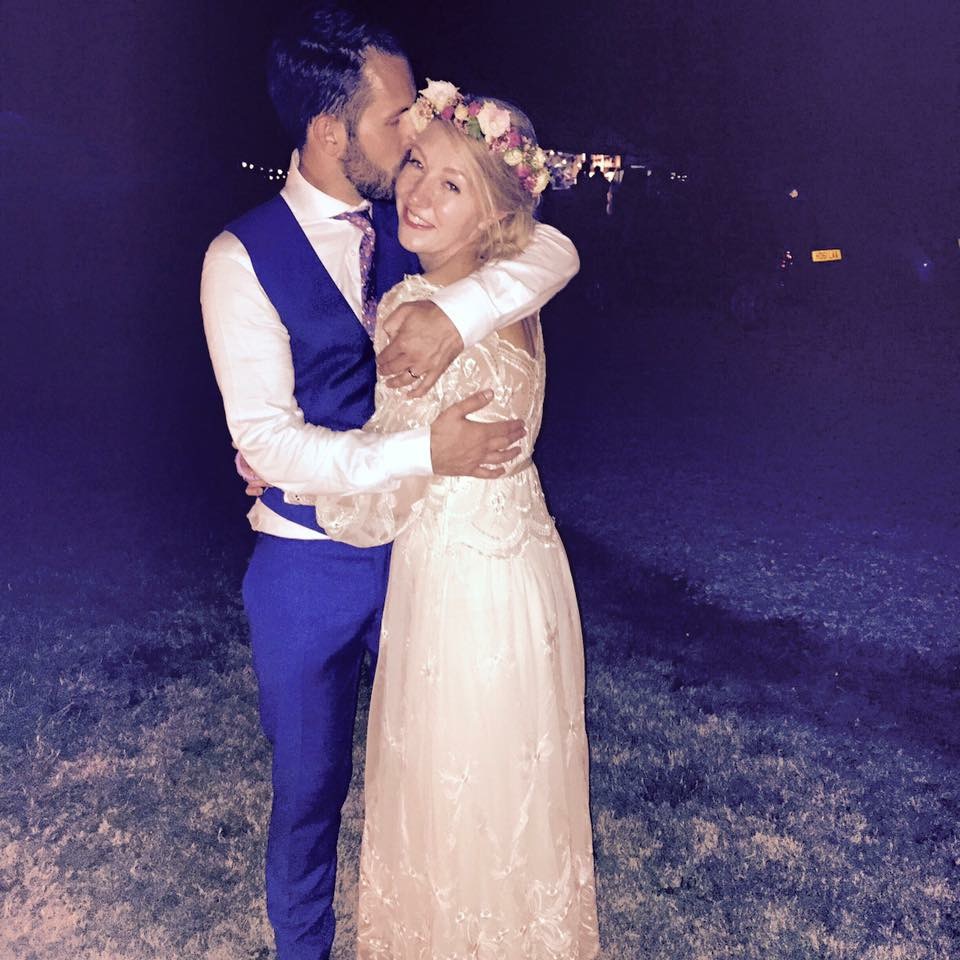 The looks on people’s faces when I tell them this story makes me realise it was a risky move.

But I never worried Tom would run for the hills. If I thought it might scare him off, I wouldn’t have risked buying it that day at the vintage market.

Perhaps I could have kept it a secret – that might be the safest option. But it made a great anecdote for the speeches at our wedding party back in Britain.

So have I got any useful advice for any wannabe brides who have spotted their dream dress on Instagram already but are minus a fiancé and a bit scared of taking a leap of faith?

It’s definitely worth a bit of caution, unless you are super secure in your relationship.

Trends and our body shapes change over time (hello children!) so you could end up with a dress which hasn’t stood the test of time and no longer fits.

Plus, what you love now might not be the case in a few years time – the same can be said for that future husband in your head.

Butif I could pick my dress all over again with a never ending budget and all the time in the world to deliberate? I’d still go for my unique vintage dress which made me feel like a princess for the day.

Meanwhile, a woman got engaged to her man a DAY after she met him – her mum thought she was single and pals thought he was a scammer but it’s love.

Plus, a woman reveals she was engaged and pregnant with twins within three months of meeting her man.