A MUM has revealed how she ended up in a “bin war” with her neighbour after she refused to keep her rubbish off her property.

TikTok user Tams Westwood share the story with her 42,000 strong following after becoming sick of her neighbour’s “trespassing.” 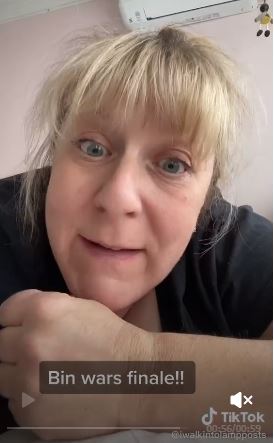 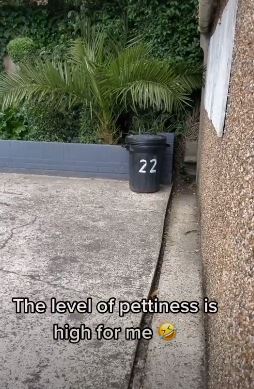 Speaking in her video, she said: “This b**** next door she doesn’t let anybody go on her land at all and yet she insists on putting her dustbin right on my land.”

Tams explains that she continuously moves the bin off her land for her neighbour only to move it straight back.

She continues: “It may seem absolutely petty, but like I said, she does not let anybody go on her land ever so she can keep her bin on her own f***ing land.”

Finally she adds: “Any other one of my neighbours I could have ten bins on my land and I wouldn’t give a damn, they could all put them there.”

The mum explained that following viewers’ advice, she had decided to but bricks down where her neighbour usually puts her bin.

But the move quickly got her nemesis riled up.

In a third video, Tams explains: “It all kicked off really badly, my kid phoned me, said she’d started on him, said he had no dad and he hadn’t been brought up right.

“I drove home like a f***ing lunatic. She’s in her garden discussing property boundaries.”

Tams explains that when she approached her neighbour, she slammed the garden gate in her face.

“Screaming ensued, my friend turned up, the neighbour called me and my friend fatties, I mean we are but she’s flipping ugly.

“She ended up calling the police, they came to my house how bloody embarrassing.

Tams followers were thrilled with the result, though some admitted they were sad to see the back of the bin wars saga.

Commenting, one wrote: “I’m gonna miss bin wars so much… but VICTORY!!”

“She’s the Karen, not you!” said another, while a third commented, “She deserved it, congratulations on the win.” 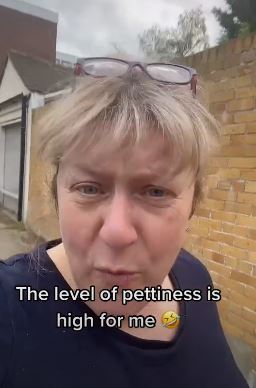