A MUM has revealed how she had an abortion because her morning sickness was so bad – and has been wracked with guilt ever since.

Toni Miles, 28, from Basingstoke, Hampshire, was rushed to hospital with extreme morning sickness hyperemesis gravidarum (HG) the day after finding out she was pregnant in November 2015.

Then a peer support worker in a psychiatric intensive care unit, Toni spent most of the next month in a hospital bed before making the heartbreaking decision to terminate her pregnancy on December 23.

She tells Fabulous: "I didn't feel like I had a choice. I was 23 when I fell pregnant and I wasn't with the dad anymore.

"Just hours after taking a pregnancy test, I started being violently sick and it only got worse from there.

"After having the abortion, I felt this incredible amount of guilt. I remember getting home and just sobbing my heart out, saying ‘I’m sorry’.

"I felt like I had failed my child and failed myself because my body just couldn’t handle it.

"For years I couldn't speak about it openly, it's still very much a taboo subject.

"A lot of people will think ‘I wouldn’t do that if I was in your situation’.

"That was very difficult, I felt embarrassed because of the taboo around abortions." 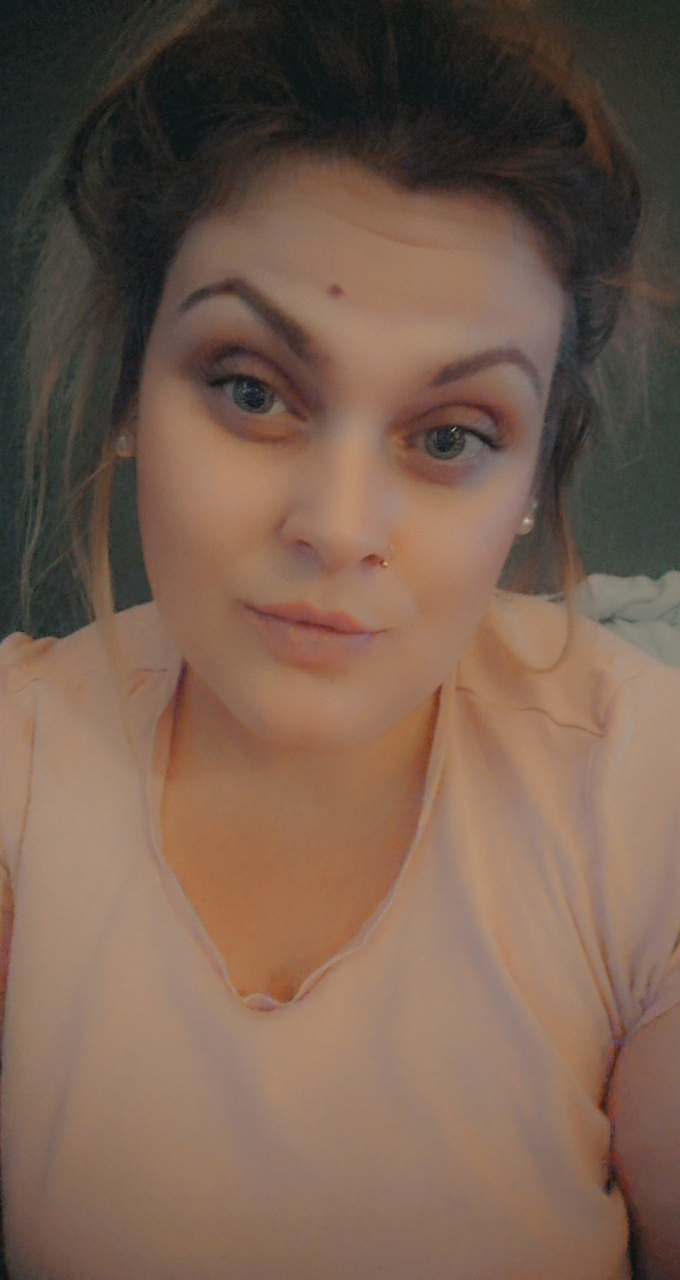 At first, Toni dismissed her sickness as a side effect of the antibiotics she was taking for an ear infection.

But when it continued the next morning, she went to see her GP.

She says: "The doctor said it could be HG, so to keep an eye on it, and prescribed me some anti-sickness tablets.

After having the abortion, I felt this incredible amount of guilt. I remember getting home and just sobbing my heart out, saying ‘I’m sorry’. I felt like I had failed my child and failed myself because my body just couldn’t handle it

"I went home, took a tablet then went to drive stuff over to my new house, as I was moving that day.

"I just remember being violently sick everywhere. It was all over my car, I couldn’t stop or control it.

"My mum took me to A&E on the advice of my GP, the doctor there took one look at me and said ‘you need to be admitted’.

"I was admitted to hospital five times in total, only ever going home for a day or two. I was in and out of hospital right up until December 23, which is when I had the termination." 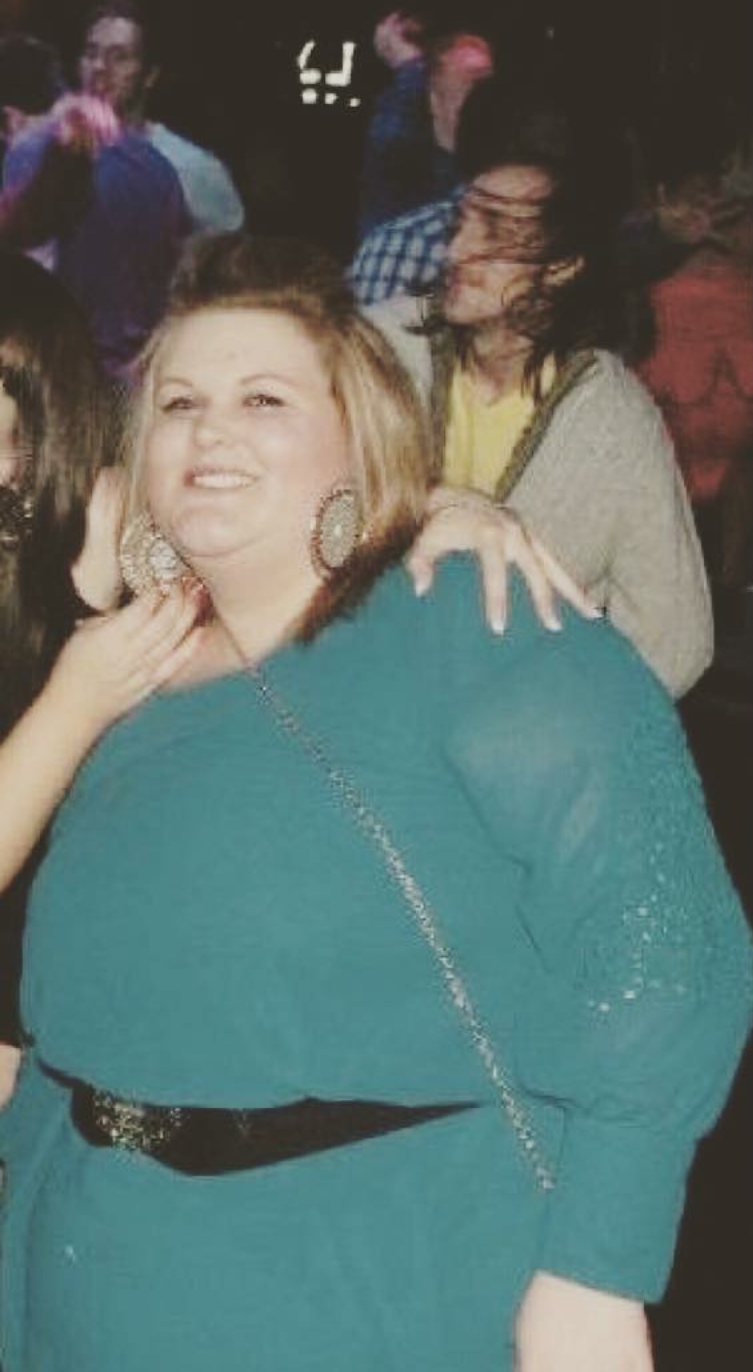 Toni has previously believed she couldn't fall pregnant, having been diagnosed with PCOS aged 13.

She explains: "I went to see a doctor a year or two earlier, when I was in a serious relationship, and was told it was very unlikely I'd ever had kids.

"I was a big girl too, a size 30, which was a factor. After that relationship ended, I had a brief fling with another guy and I was stupid and didn't use protection.

"It was my best friend who forced me to do a pregnancy test because I thought there was no way.

"I had very mixed feelings about it. I wasn't in a good place financially or mentally, I had bad depression and anxiety, and the dad didn't want anything to do with the baby.

I didn't feel like I had a choice, I was in so much pain

"My sickness was the main factor in deciding to have an abortion. I could be sick up to five times in an hour and constantly felt like I needed to throw up.

"I felt like I was dying, I was like a zombie because I was so sick and in so much pain.

"Part of me felt very unsure, because I thought I couldn't have kids, so I was like 'no I can do this'. I was always think 'what if?' about that baby.

"But by mid-December I'd made my decision. I was so unwell, I just didn’t see how I’d be able to carry on with the pregnancy. The doctors had even advised me to seriously consider a termination."

Because of her weight, Toni went to London for a surgical abortion, when she was about 10 weeks pregnant.

Tragically, she had just three weeks' respite from the sickness, before it returned just as badly as before.

She says: "When my period was due, the sickness came back. No-one could tell me why, they thought it was maybe my body still adjusting to hormones from being pregnant.

"It made me quite scared. I thought ‘did they take all of the baby away?’ and ‘is there another reason why this is happening? Am I really poorly?’

When the sickness came back, I thought ‘I went through all that emotional distress and pain for nothing’

"I thought ‘if I’m still going through this now, why did I even have the abortion?'

"I think I will always feel regret and guilt for the termination, but I did what I thought was best at the time.

"I was told it would stop the sickness but it didn’t work, so I felt a bit cheated as well, especially because I'd been told I couldn't have kids.

"Part of me felt like I might as well have gone through with it, because at least I would have had a baby in the end." 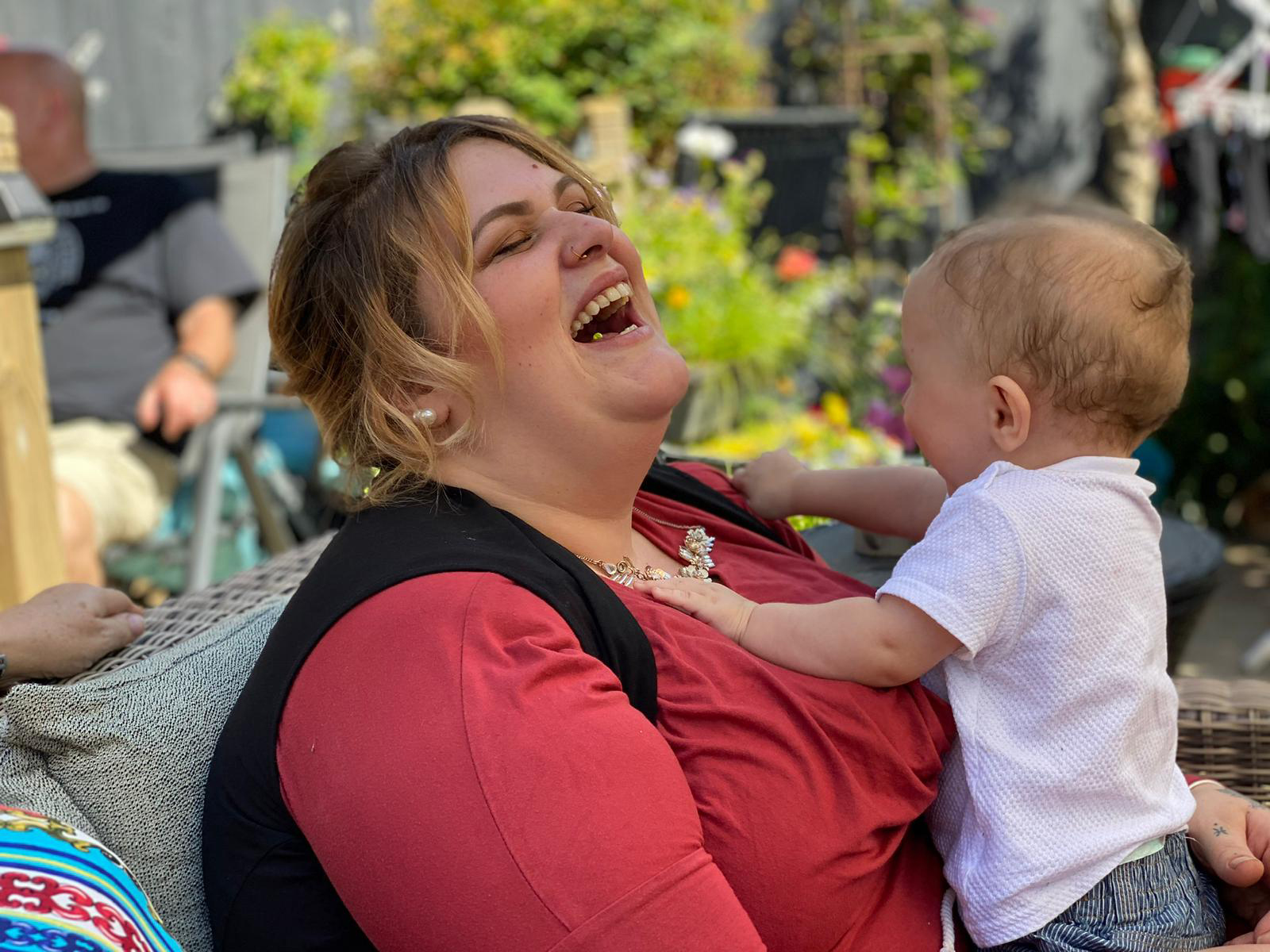 Toni then faced years of misdiagnosis from her doctors, who were baffled by her condition.

As she struggled to keep food down, her weight plummeted from a size 30 to a size 8 in skinny jeans, with "half a stone of loose skin".

She says: "At first they thought I might be addicted to the anti-sickness injections I was getting in A&E, then they told me it was all in my head.

"Then they thought I had an eating disorder so they made me attend clinics before they even gave me a colonoscopy or ultrasound. I've had MRI scans and everything now but that’s all been in the last three years.

"At home, I was doing my own research and found out about Cyclical Vomiting Syndrome (CVS) a rare disorder causing repeated episodes of feeling and then being sick.

"It wasn’t until I started taking my mum to my appointments and she showed the doctors all the research we'd been doing that they started to take me seriously.

"I’ve been to three different hospitals for tests, including a private one.

"I was eventually diagnosed with CVS two years ago, but that doesn’t mean they actually know how to treat it."

Cyclical vomiting syndrome (CVS) is a rare disorder that usually starts in childhood. It causes repeated episodes of feeling and being sick.

Someone with CVS may vomit for hours or even days at a time.

CVS can last for months, years or sometimes decades. The symptoms can be so severe that people need treatment in hospital.

The cause is not yet known, but vomiting episodes may be triggered by:

For more info, check the NHS.

She adds: "CVS has destroyed my life. I've lost three jobs because of it.

"I had to leave full-time work in 2017 and retrained in make-up and hair styling, but I haven't been able to work since July last year.

"Even though the episodes are more controlled now, I still have them. You can see when I'm ill because I turn a funny colour and start sweating.

"I was kicked out of one shared house because the landlord thought I was on crack, because of how I looked and acted.

"That's the third house I've lost because of my illness, I've been called a benefits cheat.

"At my thinnest I looked ill, my face was gaunt, I can see why people would have thought i was on drugs but I wasn't.

"I used to have loads of confidence, I was the girl who always had her hair and make-up done.

"Now I don't bother doing my make-up even if I do feel well, there's no point if I'm going to be sweating it off later.

"For three years, I didn't get into a relationship because a lot of people can't deal with my episodes and it's a big thing to have to explain." 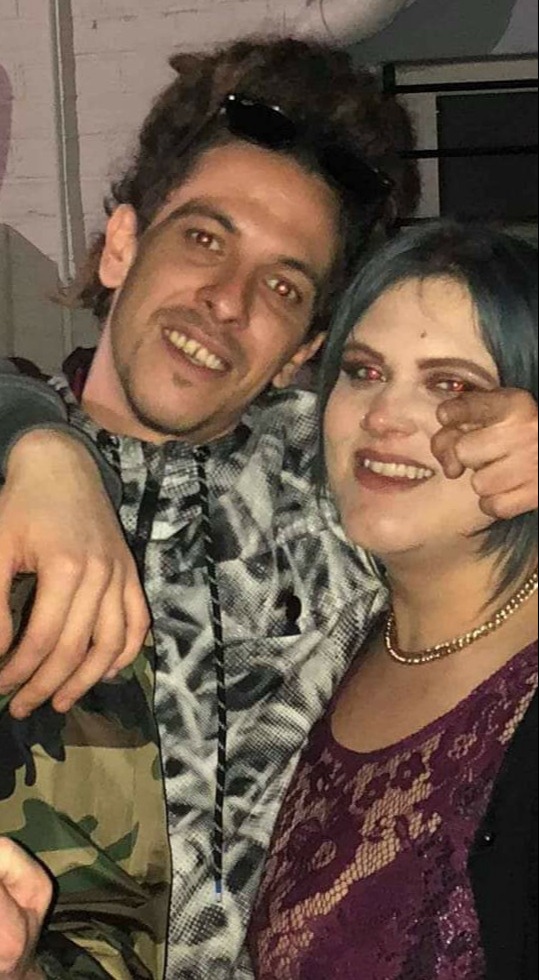 Happily, Toni is now loved up with Tim Carr, 34, who she met through a mutual friend and with whom she has a son called Ziggy, one.

She has been on medication for her sickness since November 2019 and has gained weight, so she is now a more healthy size 16-18.

She says: "In early 2019 I had a sickness episode but it felt different, so I took a pregnancy test and it came back positive.

"I felt really happy, I didn't have any of the uncertainties I had the first time. 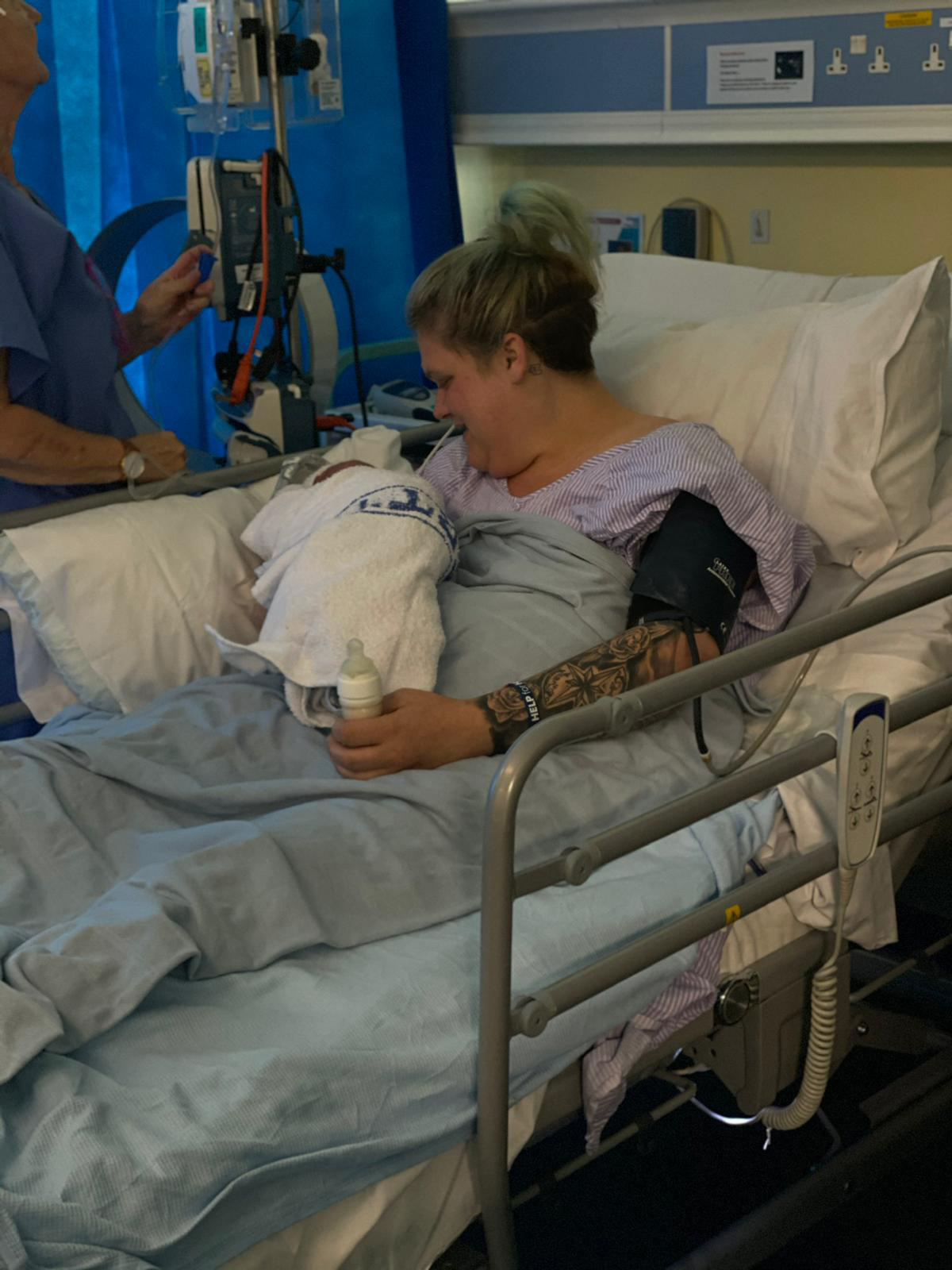 "The sickness was still bad during my pregnancy but it didn't bother me as much, I knew it was coming and I had Tim's support, so I didn't feel alone this time.

"Having another abortion never even crossed my mind. I wasn't using any birth control, Ziggy wasn't planned but he wasn't prevented either.

"Ziggy was born on October 22, 2019. He is a right character, very sassy, very cheeky, he’s one of those kids who just smiles at everyone.

"In some ways it's been difficult having a child, knowing I had an abortion last time.

"I try not to regret it because I’m very lucky for what I have got and I don't know if I would have had Ziggy if things had been different.

"But it’s a kick in the stomach when you think ‘I went through all that emotional distress and pain for nothing’.