LYNLEY and Daniel Perrett are just like any other married couple apart from one major difference, they are step siblings.

The 37-year-old mum from Taranaki, New Zealand, grew up with Daniel but by the time they were teenagers Lynley realised that her feelings were not platonic. 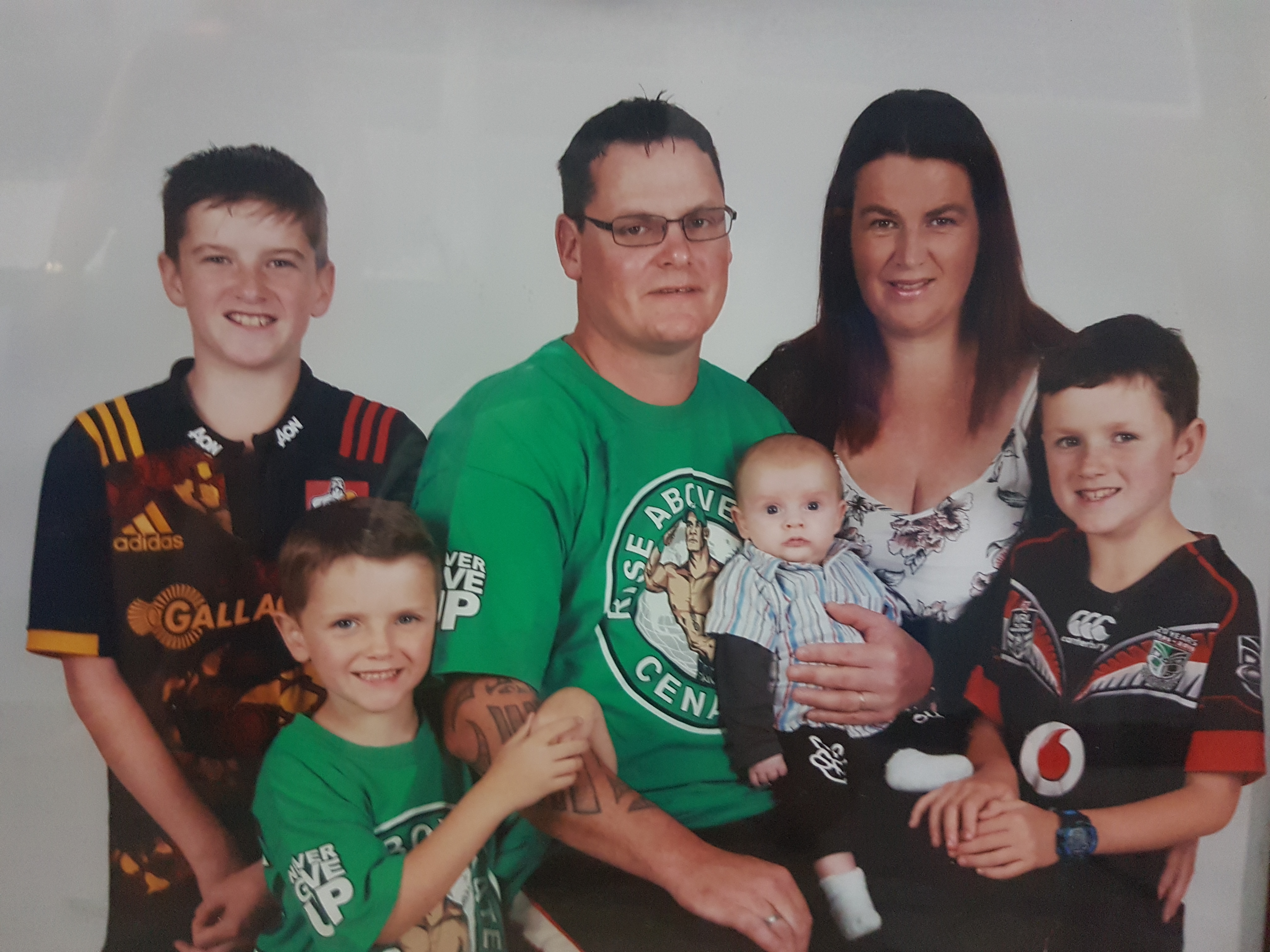 Despite cruel comments the couple are now married and have four children together.

Here she reveals how she and Daniel went from siblings to spouses.

Daniel’s mum, Moree, and my lovely dad, Vernon, met when I was 12, fell in love, and married a few years later.

Four years after they tied the knot, Daniel made fun of me like any older brother, but I loved to tag along and there was always friendly teasing between us.

But the truth was, at 16, I’d developed a pretty big crush on my 18-year-old step-sibling.

I never worked up the courage to tell him though. He only saw me as his annoying little stepsister, I thought.

But as I grew older, my crush never faded. So, it broke my heart when he fell in love and got married a few years later.

We both went our separate ways, Daniel moved to Australia and I stayed in New Zealand working full-time. 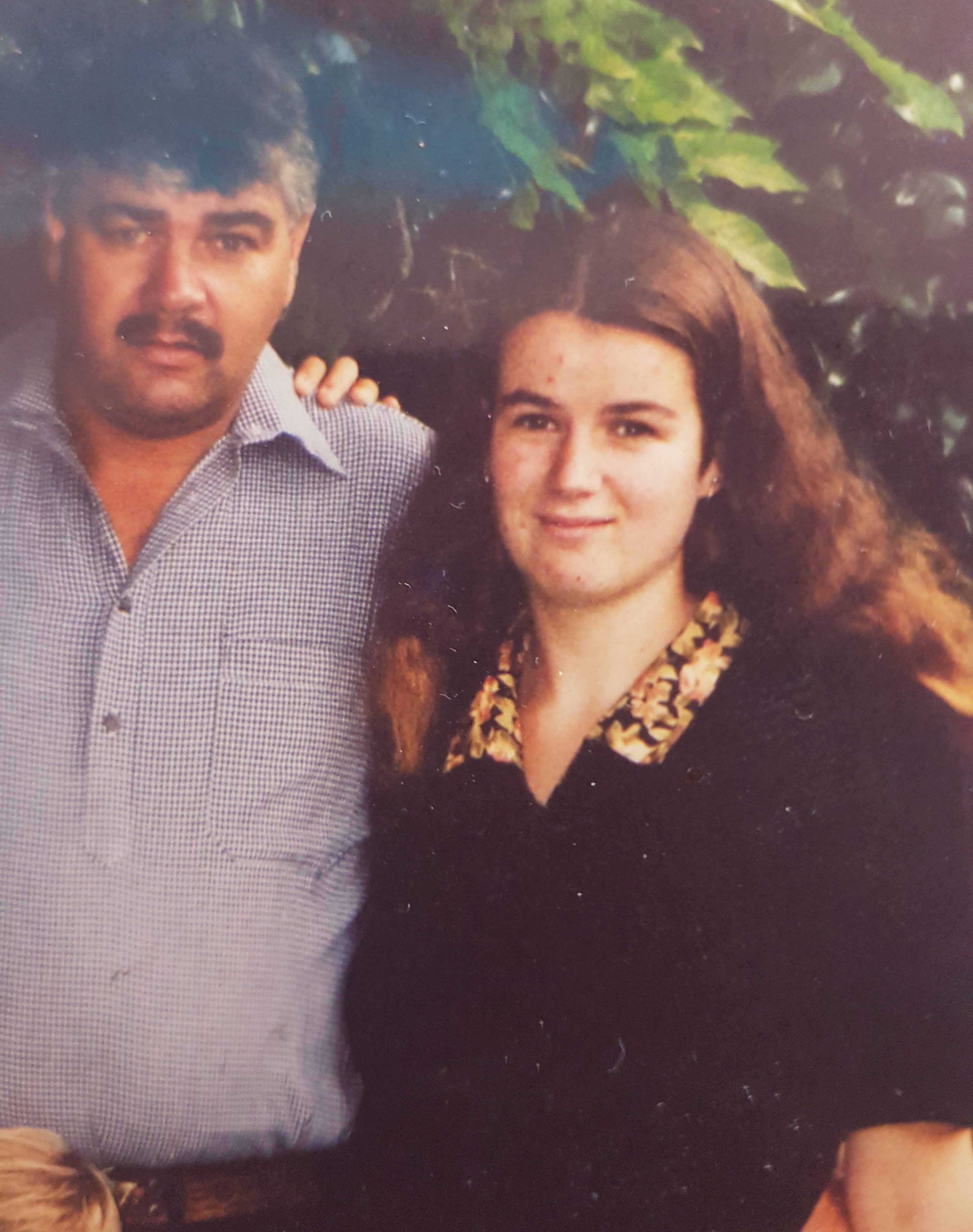 But when I was 22, Dad caught me off-guard with a casual comment.

‘Oh Dan’s coming back home,’ he told me one day.

My heart leapt into my throat.

I tried to play it cool and asked my dad what had happened.

Turns out, Daniel had separated from his wife and was planning on returning home to New Zealand.

Even though a long time had passed, I was still nursing my schoolgirl crush and thought this could finally be my chance

Even though a long time had passed, I was still nursing my schoolgirl crush and thought this could finally be my chance.

When Daniel moved back over, he was searching for a place to stay, so we decided to flat together.

Going around for dinner at Dad and Moree’s place every Sunday, we laughed and talked with each other for hours on end.

We soon grew closer than we ever had been as teenagers.

‘It’s great seeing us all together again,’ Dad would say. 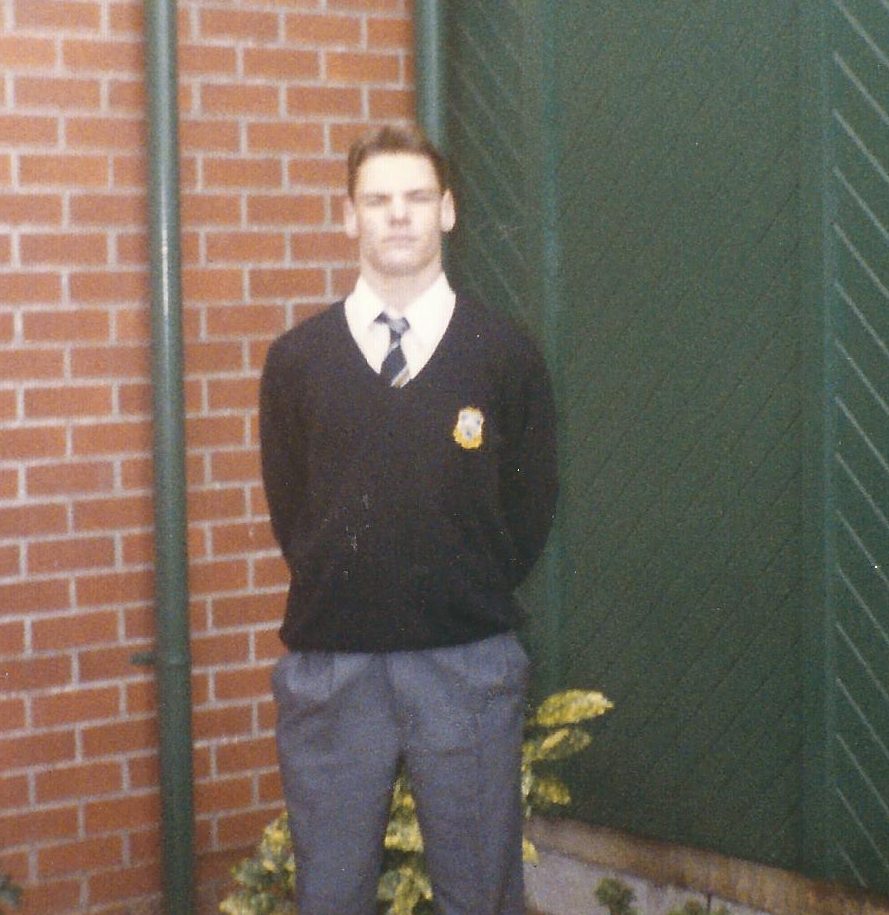 I loved living with Daniel too. It just felt right. One day, we made our way over to the local speedway for the afternoon.

Sitting on the grass with a few of our friends, I edged closer to him.

Soon, my leg was touching his and his foot lightly brushed mine.

“Are we playing footsies?” I thought, a blush creeping over my face.

Later on, we headed back to the car together and as we sat there, Daniel turned and looked at me.

Heart thumping out of my chest, I was beyond thrilled when he leaned in to kiss me. It was like fireworks going off in my brain. 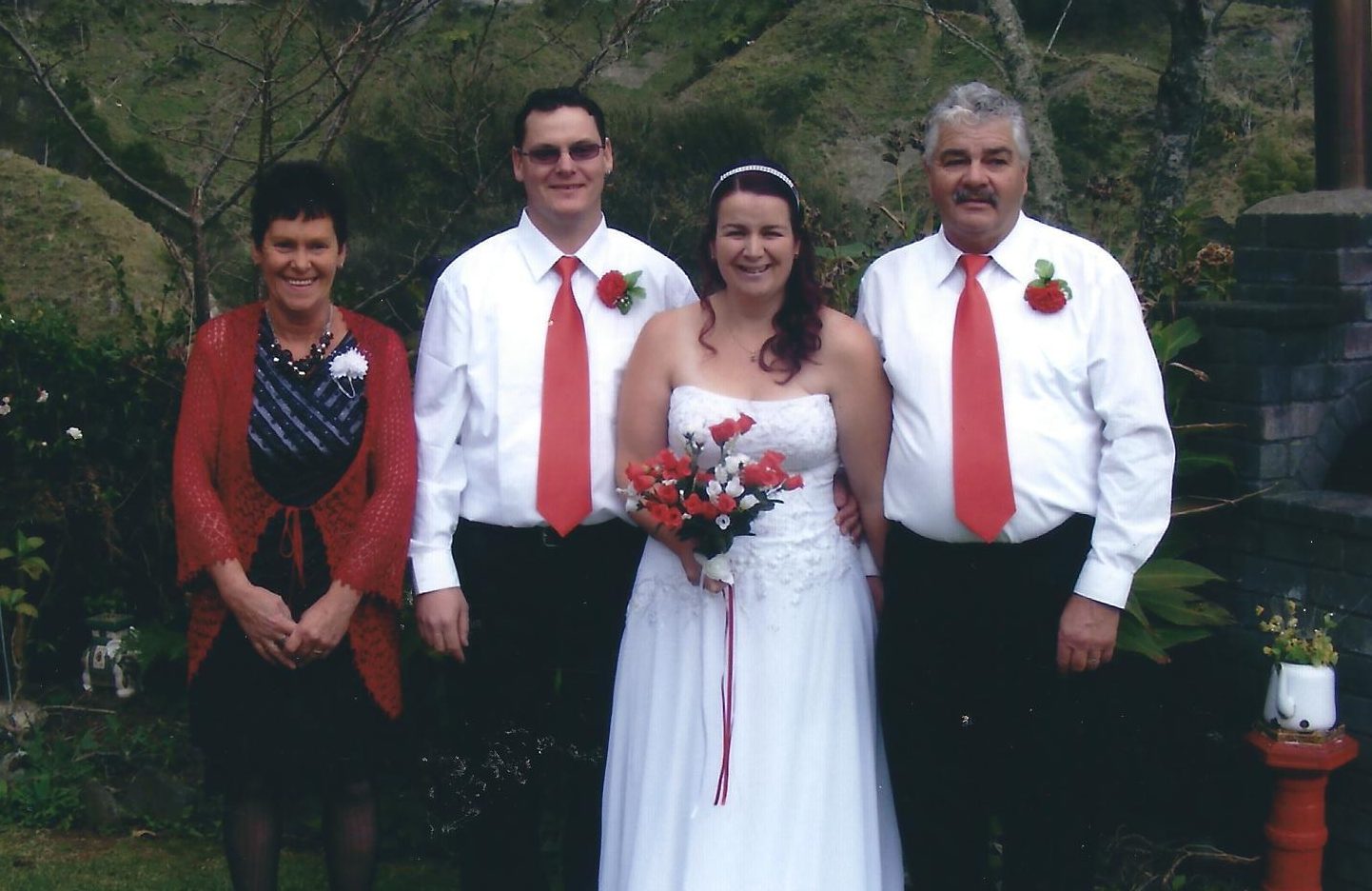 "I’ve wanted this for a long time," I said to him.

And, Daniel confessed he felt the same.

As we lived together, it was easy to see each other often but we decided to keep our budding romance a secret for a while until we'd got our heads around it all.

But it wasn't long before we told our parents.

Daniel just announced it right there at the dinner table on evening.

Most of our friends and family were supportive too, but there were also nasty comments. Some people would poke fun at Daniel

"We’re together," he told everyone.

There were a few seconds of silence before Dad broke it.

“As long as you are happy and he looks after you,” he smiled.

While it was a bit of a shock, they both offered us their blessings.

Most of our friends and family were supportive too, but there were also nasty comments. Some people would poke fun at Daniel.

Luckily, we both have thick skin. We didn’t feel like step-siblings, even though we were.

Then, a year after we started dating, I was doing the dishes when Daniel came in and asked me to marry him. 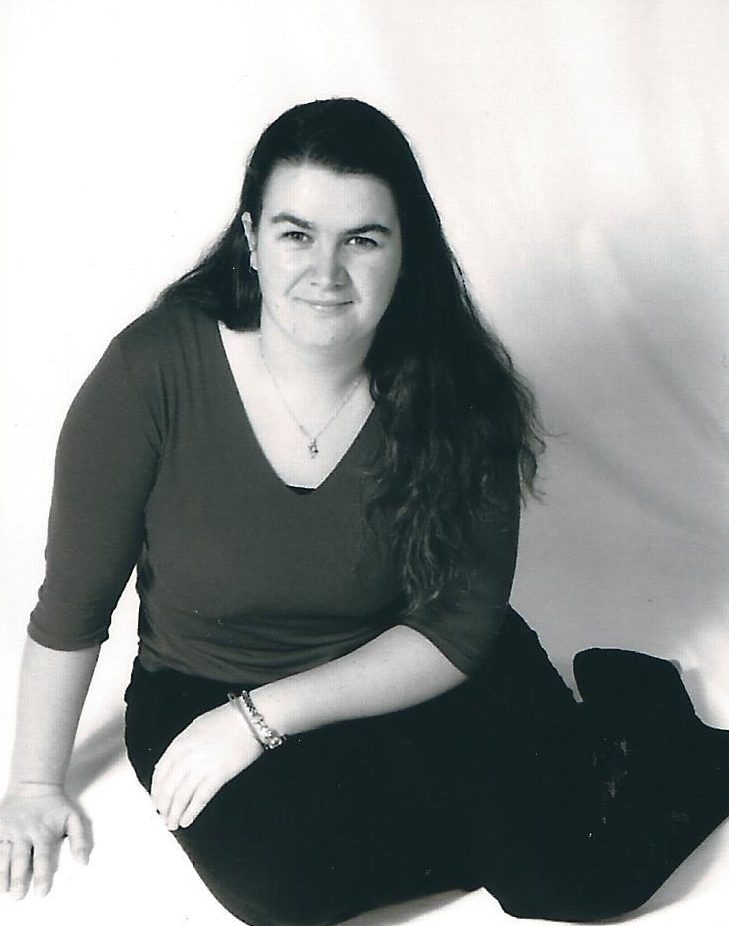 In 2013, Daniel and I tied the knot at a beautiful ceremony with our closest family.

Tragically, only a year later, my dad Vernon passed away after having a fall.

Now, Daniel and I have been together for 14 years and in January this year, we renewed our vows.

With a family of our own, it’s easy to forget we were ever stepbrother and sister.

The boys – Logan, now 12, Luke, 10, Cody, seven, and Conor, nearly two, know exactly how their parents got together, which they laugh about sometimes.

We know the people who truly care about us would never bat an eyelid. It doesn’t matter to us what anyone says.

Our love was too powerful for us to be apart.

In other real life news, a mum has revealed that she doesn't feed her two-year-old son any vegetables, but he eats raw brains for dinner.

And a grandmother is shocked to discover she has three brothers while she was searching for younger siblings she last saw 50 years ago.