NEW mum Fay Cobbet was devastated to learn she had cancer.

And despite treatment including surgery and chemotherapy it didn't entirely go, meaning she needed a mastectomy. 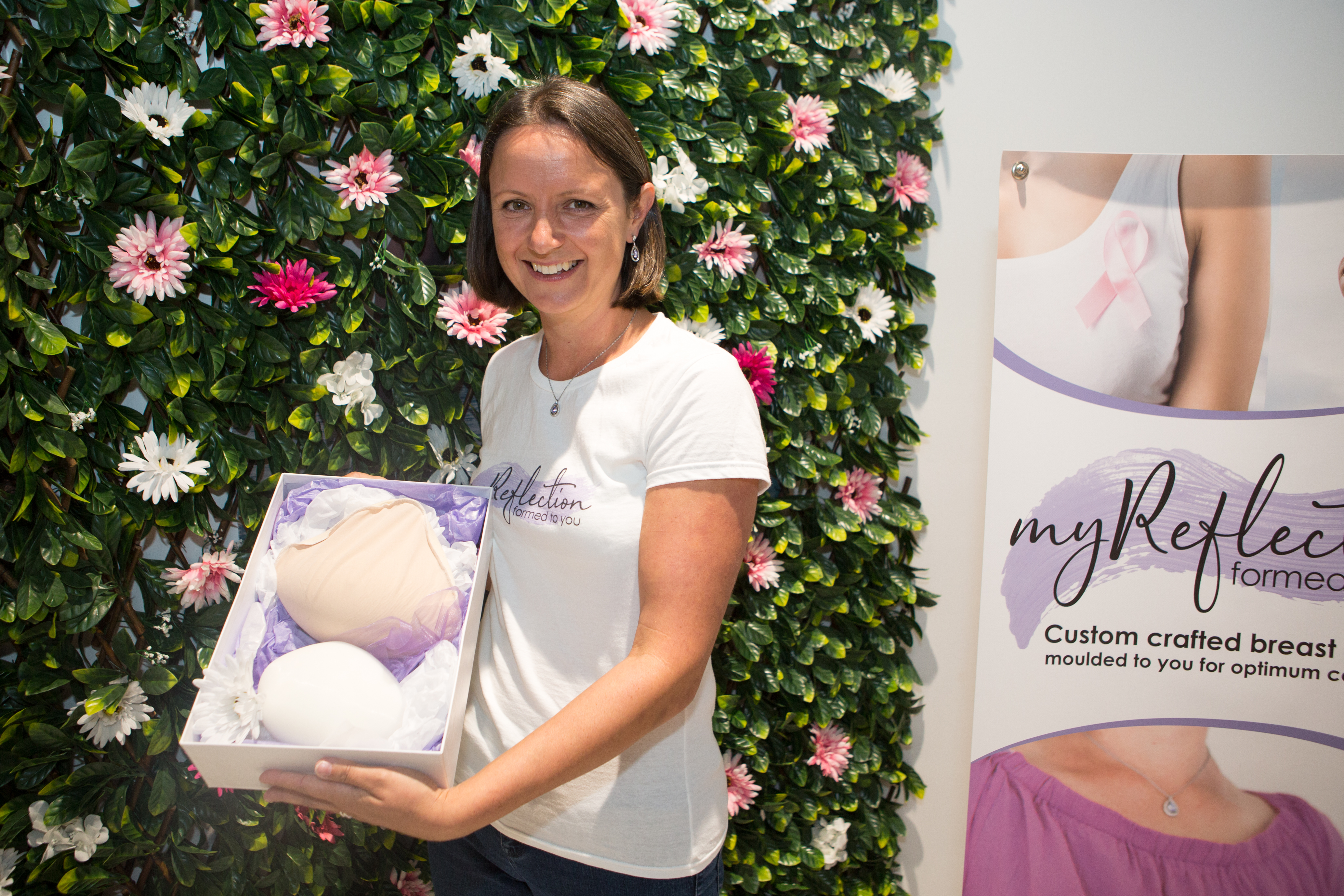 She was grateful for it – knowing it had saved her life – but missed her boob.

So, seeing how upset she was, her husband Tim used his 3D printer to create a personalised one.

She wears it daily and loves it. 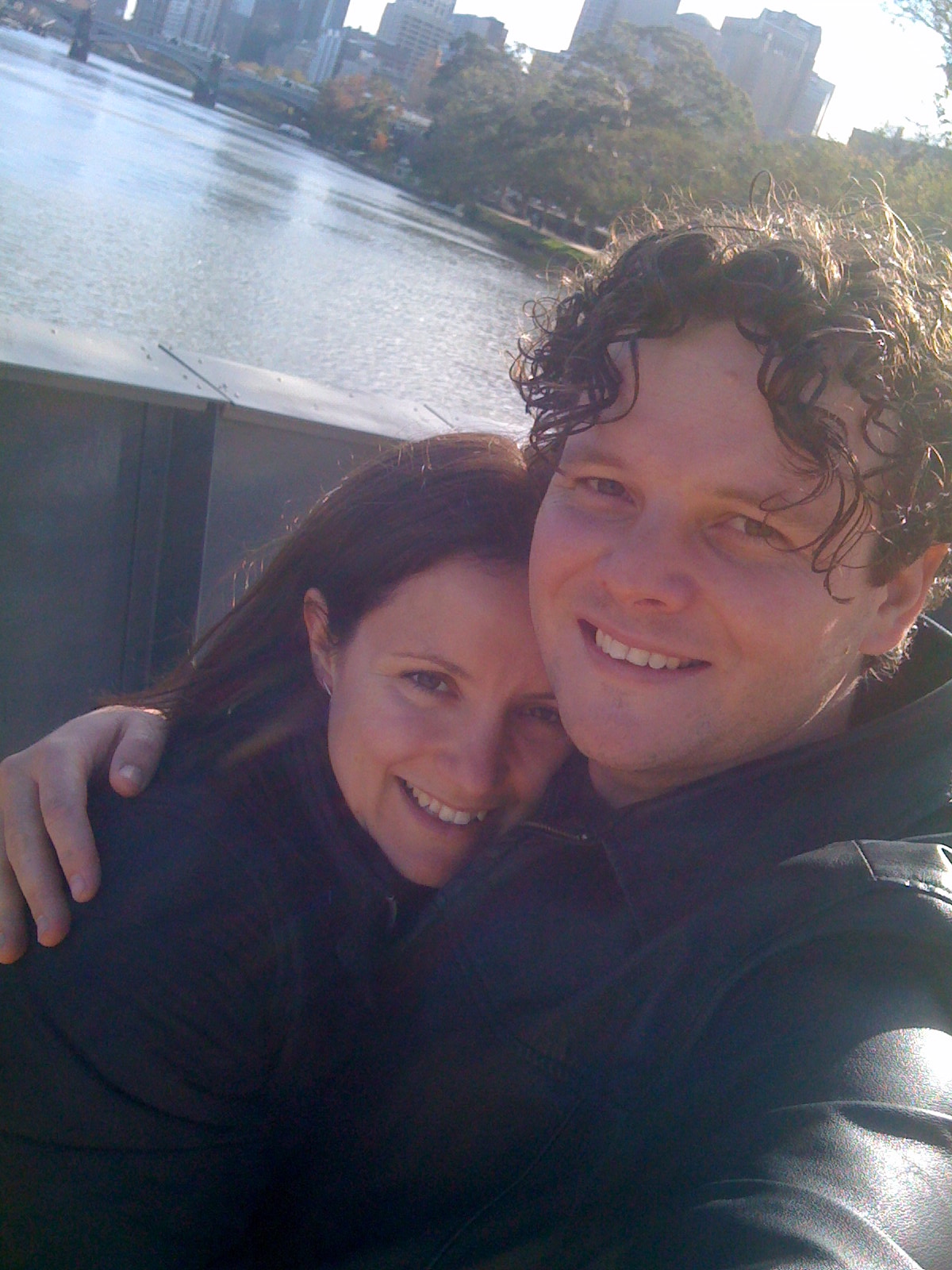 After putting my one-year-old Sophie down to sleep, I noticed something.

There was a hard lump protruding from my left breast.

I was still breastfeeding Sophie.

But two weeks later, I asked my husband Tim, 40, to take a look.

‘That doesn’t seem right,’ he said.

I didn't like to take chances so I booked an appointment with my GP, who then referred me to the breast clinic.

After I had an ultrasound, a doctor came back into the room.

‘We’ve noticed something in your lymph nodes. You’ll need a biopsy,’ he said. 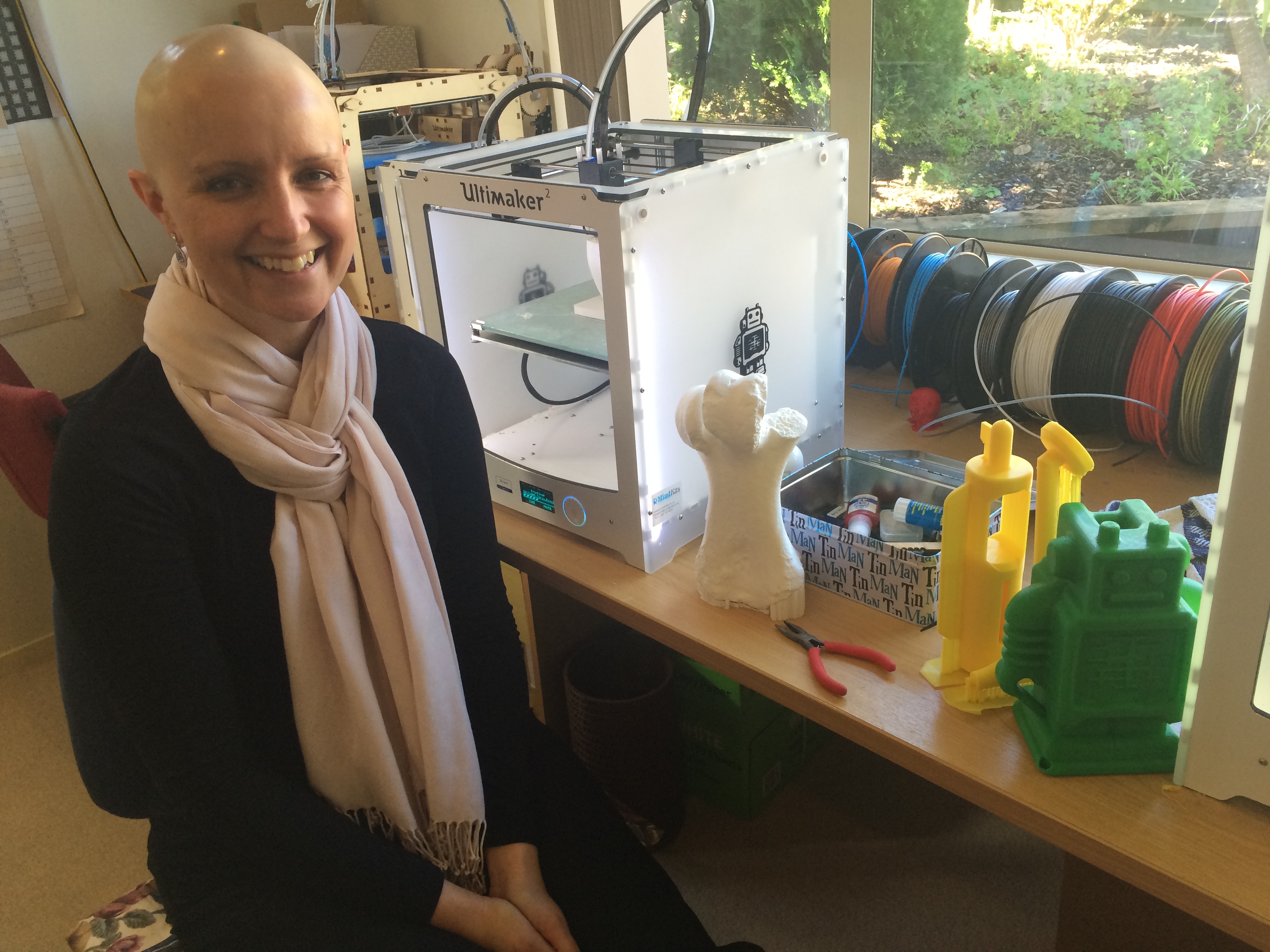 The results would take a week, so I tried not to worry as I went to pick up my eldest daughter Zoe, five, from school and Sophie from daycare.

But the news was terrible.

I had breast cancer.

I had infiltrating ductal carcinoma, which started in my milk duct and spread to surrounding breast tissues.

Just three weeks later, I went under the knife for a lumpectomy on my left side.

Then 18 weeks of chemotherapy.

After chemo, I was on the verge of starting radiation when I was hit with more bombshell news.

A histology report found there was still some cancer. I needed a full mastectomy on my left side.

I was devastated at the thought of losing my B-cup boob, but I knew I had to be strong.

But I struggled to adjust.

Looking in the mirror, I didn’t recognise the woman staring back at me.

There was a big, jagged scar where my breast used to be.

I even felt self-conscious while wearing clothes, as my lopsided chest was noticeable.

What is 3D printing?

To create something, you have to download the file and have advanced computer software for a special printer to interpret it.

The model then needs to be "sliced" into thousands of horizontal "layers" with different software.

The printer then builds the object layer-by-layer.

A 3D printer is one that can create three-dimensional objects.

The printing process works by dripping tiny beads of hot plastic on top of one another, following a pattern laid out by the blueprint diagram.

3D printers can be bought for use at home, or you can go to a 3D printing service.

3D printers are used commercially in sectors from aerospace to furniture design.

This is your new normal, I tried to tell myself. You’re alive.

I’d been fitted with a generic prosthesis to wear under my bra, but I hated it.

It was uncomfortable and misshapen, almost like I was carrying around a lumpy rock.

Walking around in public, I saw people look at my chest and my cheeks burned red.

I didn’t want a reconstruction as I couldn’t face more surgery, and Tim was upset I felt so self-conscious.

‘I don’t like seeing you feel that way,’ he said.

We laughed, but I could almost see the cogs moving in Tim’s brain.

He worked in technology, but he’d never had anything to do with boobs before. 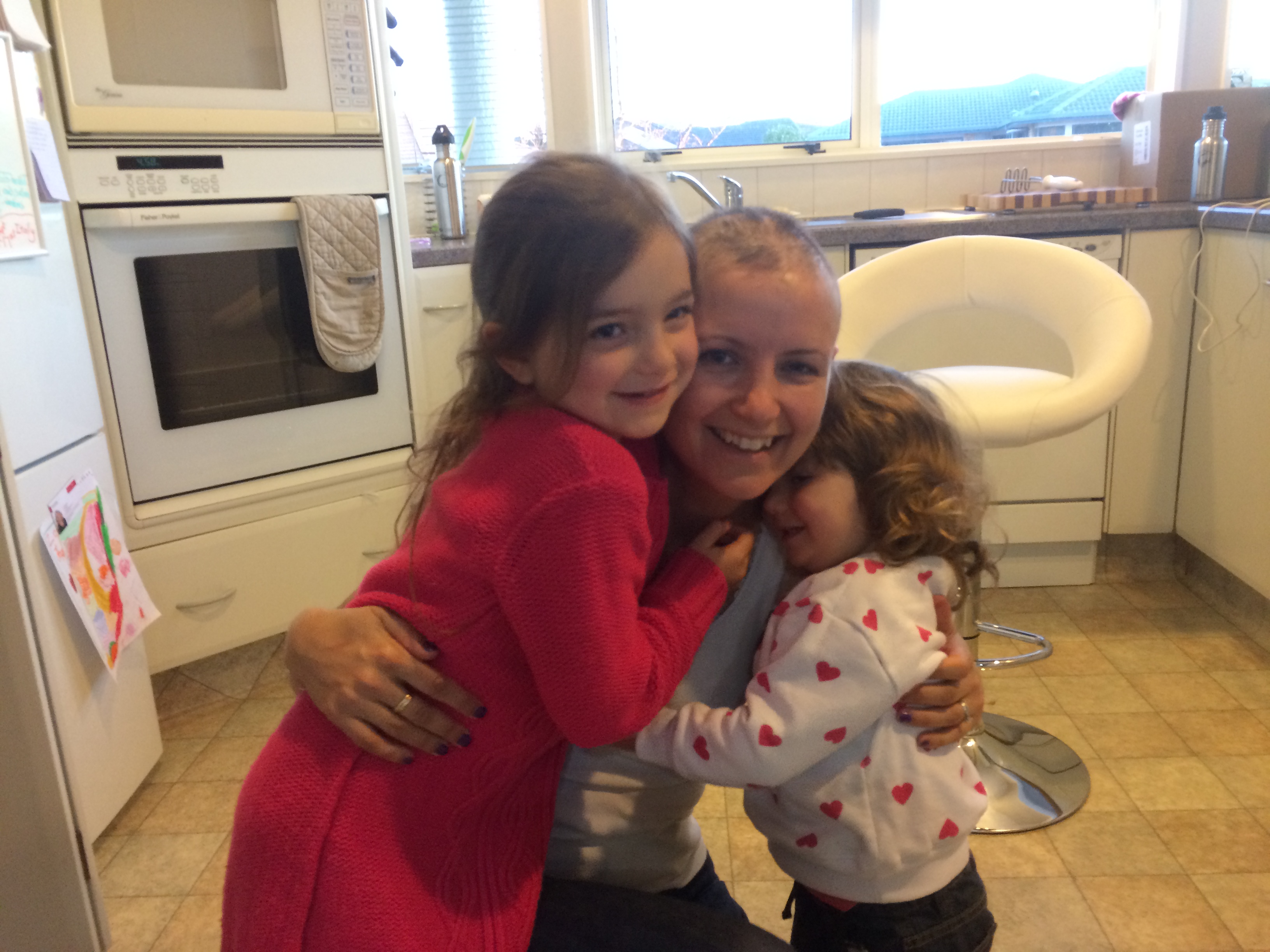 Only a few days later, Tim and his colleague Jason came to me with an idea.

Tim showed me all the investigating he’d been doing into breast tissue and prostheses and he thought he could print one with silicone.

He already had a background in 3D printing, so we had the resources.

I agreed to let him take hundreds of photos, scans of my chest and measurements.

Before I knew it, there was a prototype sitting on the kitchen table.

Slipping it into my bra, I felt it mould softly against my chest.

I didn’t want to part with it – but Tim said there was more work to do.

Finally, after a year of rough models, he presented me with the final product. 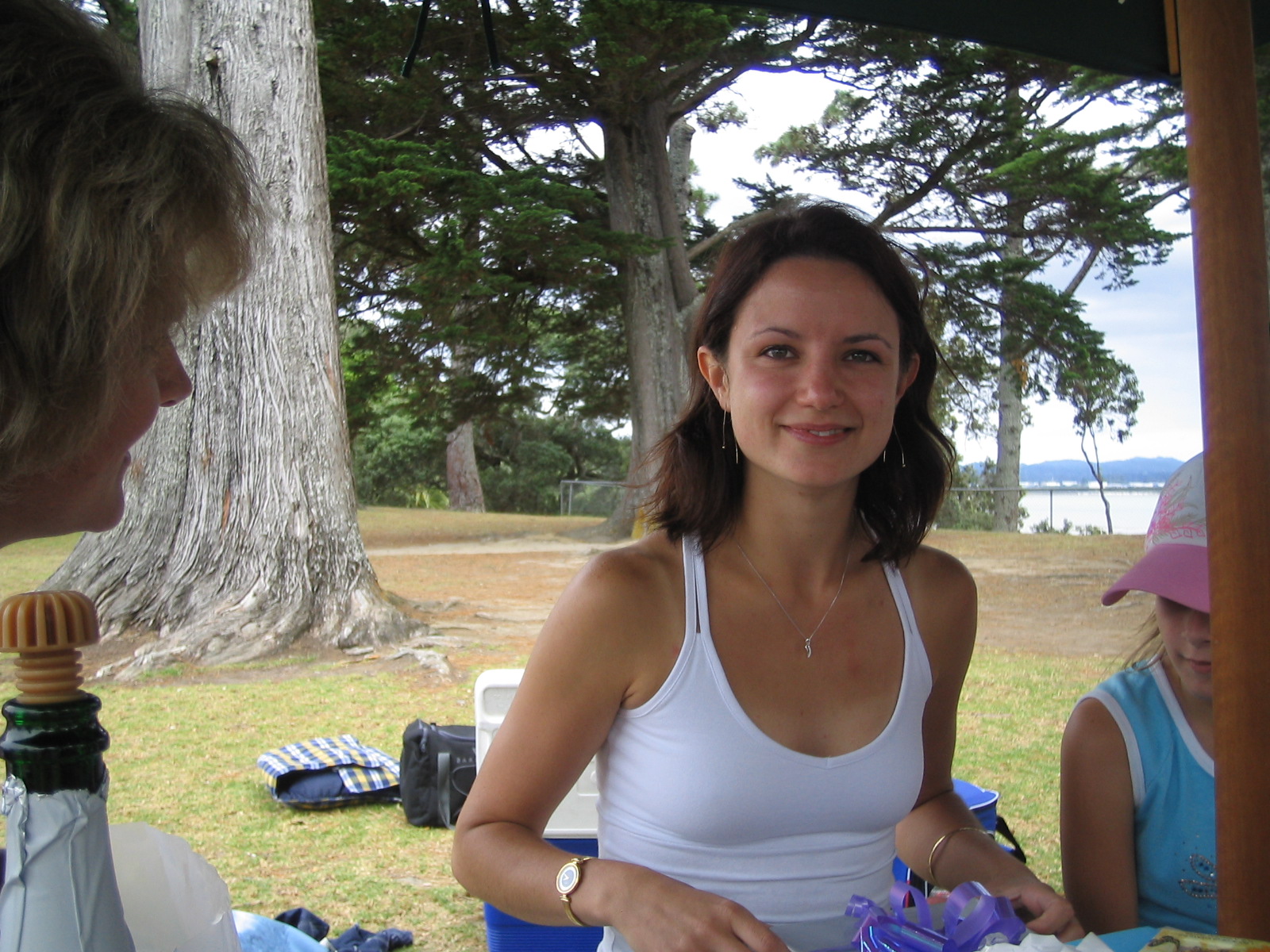 I fitted the prosthesis into my bra and walked around – even jumping up and down.

It was perfectly shaped to my body and didn’t awkwardly jut out.

‘You’ve changed my life,’ I said, as a grin spread across my gorgeous hubby’s face.

It soon became a part of me – I’d wake up and pop it in my bra every morning and leave it on my nightstand each night.

Talking about it, Tim, Jason and I agreed there were hundreds of women who would love new custom-made boobs like mine.

After doing some market research, together we started MyReflection.

We wanted to give other breast cancer survivors the chance to feel whole again.

Launching the business last month, we spoke to dozens of women.

After showing them my own prosthesis, one survivor even burst into tears.

Having breasts doesn’t define being a woman – but we know how much it means to have control over your body again.

What is breast cancer?

With more than 50,000 cases each year, breast cancer is the most commonly diagnosed form of the disease in UK women.

One in eight women across the nation develops the disease in their lifetime and experts advise that women should check their breasts each month for signs of cancer, starting in their 20s.

Breast cancer is the name given to any cancers that have first developed in the breast tissue – there are many different types.

Nearly 1,000 people die from breast cancer every month in the UK, with the disease killing around 11,500 women and 80 men each year.

While it is more common in older women, it does affect the younger generation and men too – with around 20 per cent of cases occurring in females under 50 and 350 male cases diagnosed in the UK annually.

For most women, the first sign or symptom of breast cancer is a lump or area of thickened tissue in their breast.

While 90 per cent of such lumps are not cancerous, it is vital to get them checked by your GP at the earliest opportunity – detecting the disease early can mean treatment is more effective.

It is therefore vitally important to be "breast aware" – know what feels normal for you, and therefore what changes to look out for.

Meanwhile, a mum of three revealed the tragic heartbreak of being widowed TWICE — and before 30.

And the widow of a tragic groom who died hours after their wedding says ‘I’m on a rollercoaster that won’t stop’.