SOAKING up the sunshine on holiday in Bali, Isabella had no idea that her world was about to be turned upside down by a cervical cancer diagnosis.

The 28-year-old had some of the key symptoms such as irregular bleeding and pain after sex and is urging women to not delay in seeing their GP if they experience symptoms. 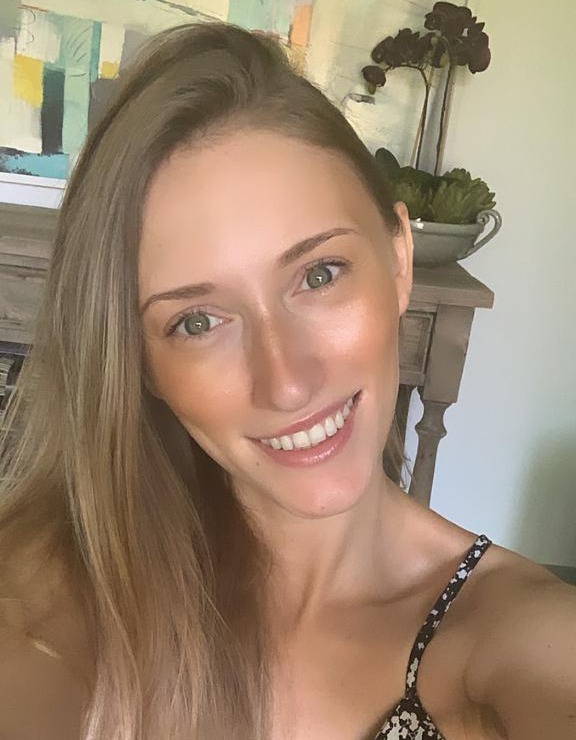 After having the time of her life in Bali with her partner and friend in October 2019, Isabella started to notice some strange symptoms.

Prior to her trip to Bali, Isabella, now 29, said she had been experiencing some pain after sex, so mentioned this to her GP in Surrey.

Speaking to The Sun, Isabella, said her GP “poo pooed” these concerns and said she was sent on her way.

The lifestyle blogger said the pain after sex had been going on for about a year.

She said: “In my head I just thought it was normal so just put it to the back of my mind and got on with things.

“Then when I was in Bali I started to have some unusual discharge, it was completely abnormal to what I had experienced in the past and it was almost a string-like consistency”. 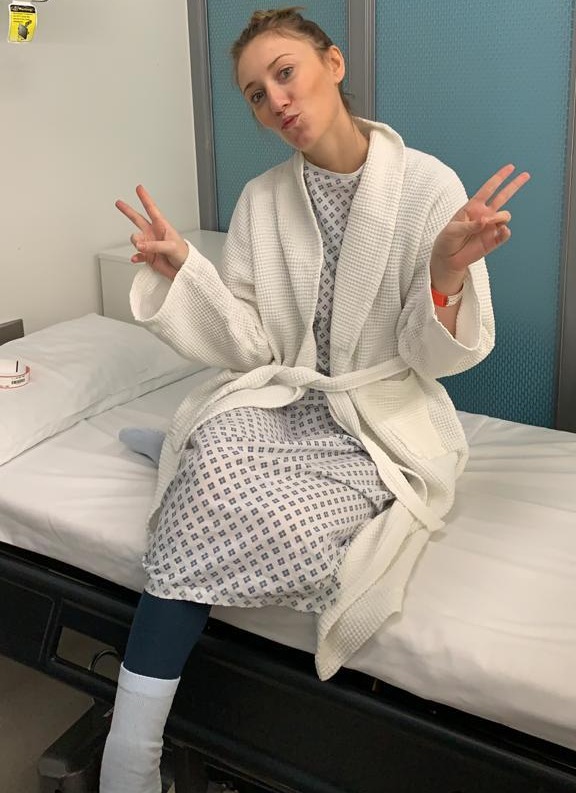 Isabella said she had always had consistent periods, so a day after landing back from her trip to Bali she was concerned when she had some irregular bleeding.

As well as this, Isabella said she had been suffering with another strange – lesser known cervical cancer symptom.

She said: “Throughout the whole of the holiday I was complaining about lower back pain in my coxis. It felt like I had fallen over and I remember trying to think if there had been a point that I had tripped and I just couldn’t think of anything.

“The day after we landed I had some light bleeding, a year before the diagnoses my periods had gotten lighter, there wasn’t as much blood and they didn’t last as long.

“I thought it was a bit weird and just put it down to stress and more exercise.

“As well as the discharge, the bleeding and the back pain I had a pain in my back heel which I thought was strange as I hadn’t done any exercise to have hurt it.”

THE FIVE EARLY SIGNS OF CERVICAL CANCER YOU NEED TO KNOW

1. Abnormal bleeding (during or after sex, between periods and also post-menopause)

The most common and earliest sign of cervical cancer tends to be irregular bleeding.

It happens when the cancer cells grow on the tissue below the cervix.

It's an especially alarming sign in postmenopausal women who no longer have periods. There's no age limit to developing cervical cancer.

Everyone's discharge is different, so it's a case of knowing what is normal for you.

If you find that the colour, smell and consistency has changed, then that's something you really need to have checked out.

When cancer lacks oxygen, it can cause an infection which leads to strange smelling discharge.

3. Discomfort or pain during sex

Pain during sex can be a sign of a number of different issues, but one is cervical cancer.

Because the disease often comes with no symptoms, pain during intercourse is one of the key indicators. It can be a sign that the cancer is spreading to surrounding tissues.

It could be down to you straining something in the gym, or it could be a warning sign that something's wrong with your reproductive organs.

Persistent pain – just one off twinges – in the lower back, pelvis or appendix can be a symptom of cervical cancer.

A loss of appetite and unexplained weight loss tend to be signs that the body isn't working properly – it's trying to conserve energy. If you notice that you're not eating as you normally do, go to your GP.

As the disease progresses, it can also result in:

Isabella said she looked up her symptoms and was conscious when she googled it that the results could be dramatic.

She added: “I’m really into wellness and I later found out that the pain in my heel was due to reflexology which was then connected to my cervix – meaning the pain was related.”

In October 2019 Isabella made an appointment with her GP.

“I had to wait about a week to get an appointment but I wasn’t panicked as I had had a smear test about two years before so I thought I was covered”, Isabella said.

Isabella said that at this visit she saw the top female GP in the practice and to her horror was told that the symptoms were more serious than she had first thought.

Isabella added: “She said there and then that she was extremely worried and said ‘you either have cancer or some sort of growth’.”

Isabella said that she was lucky that she had private medical care and that if she didn’t the process would have been even more drawn out.

'MY LIFE TURNED UPSIDE DOWN'

After being referred to the private hospital, Isabella had a biopsy and the clinician said there was “something there, but that it was unlikely to be cancer”.

Next she had an ultrasound and the consultant said it “won’t be that (cancer), but there is obviously something going on”.

Isabella said the experts had never ruled out the possibility that she had cervical cancer but said they were all shocked when she was given her diagnoses on October 29 2019.

“I was so shocked, I didn’t cry, but my leg just started shaking uncontrollably. My first question was ‘what’s the life expectancy?’ The sense of dread was horrendous. 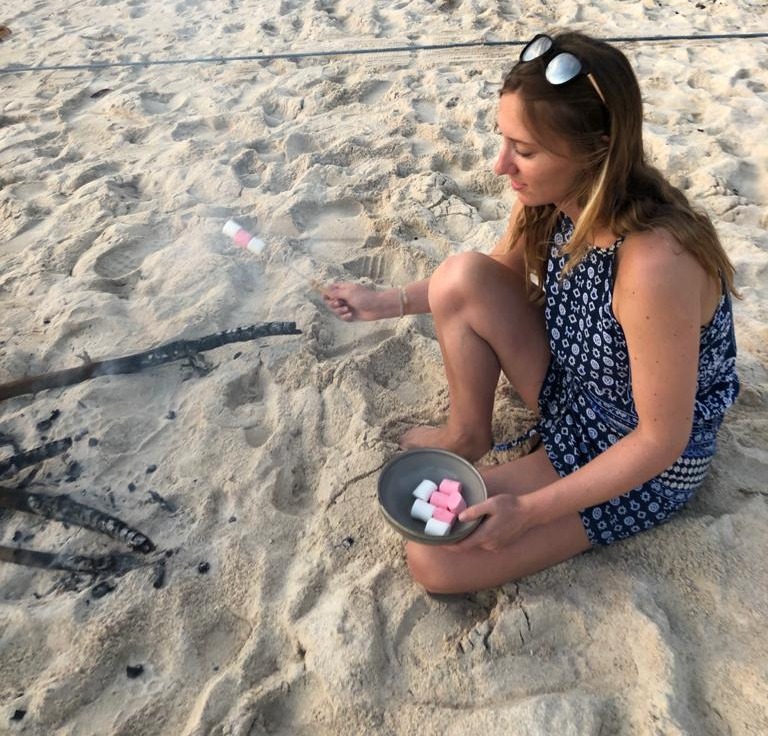 “Most people choose to put things off because they don’t want the answer but putting it off doesn't help – it just makes it worse.

She added: “My life had immediately turned upside down. We all started researching good news stories to relate to, some from individuals close to my age range.

“We were also looking up anti-inflammatory foods and ways to try and help myself prior to treatment.

“I had approximately three weeks from finding out my treatment plan to starting treatment”.

Being healthy and active, Isabella’s consultant said she had “better odds” because she lives a healthy lifestyle.

After her diagnosis Isabella was booked in for treatment at the Royal Marsden in London.

“My treatment lasted from November 2019 and ended the last week in January 2020 – I couldn’t have received better care and support.

“I had never broken a toe so everything felt like it had gone from zero to 100 in the space of a couple of weeks.

“I just closed off at one point, I didn’t want to know any of the details like how big it (the tumour) was.”

Isabella, who is working with The Lady Garden Foundation to raise awareness said she hoped she would have to go for a small operation and that that “would be it” and was worried when she had to go in and see her consultant to discuss treatment options.

She said: “The worst outcome was chemotherapy, I had no idea what it was or how it happened.

“Did it hurt? Would my hair go? In my head that was the worst option.

“It was unnerving to find out if the cancer had spread and my brother in law got me some soundproof earphones and my mum went in for me – I told her to only come out if it was good news”.

Isabella said she felt a sense of relief when her mum came out.

She was told she would have to have five weeks of radiotherapy and six hours of chemotherapy six times a week. 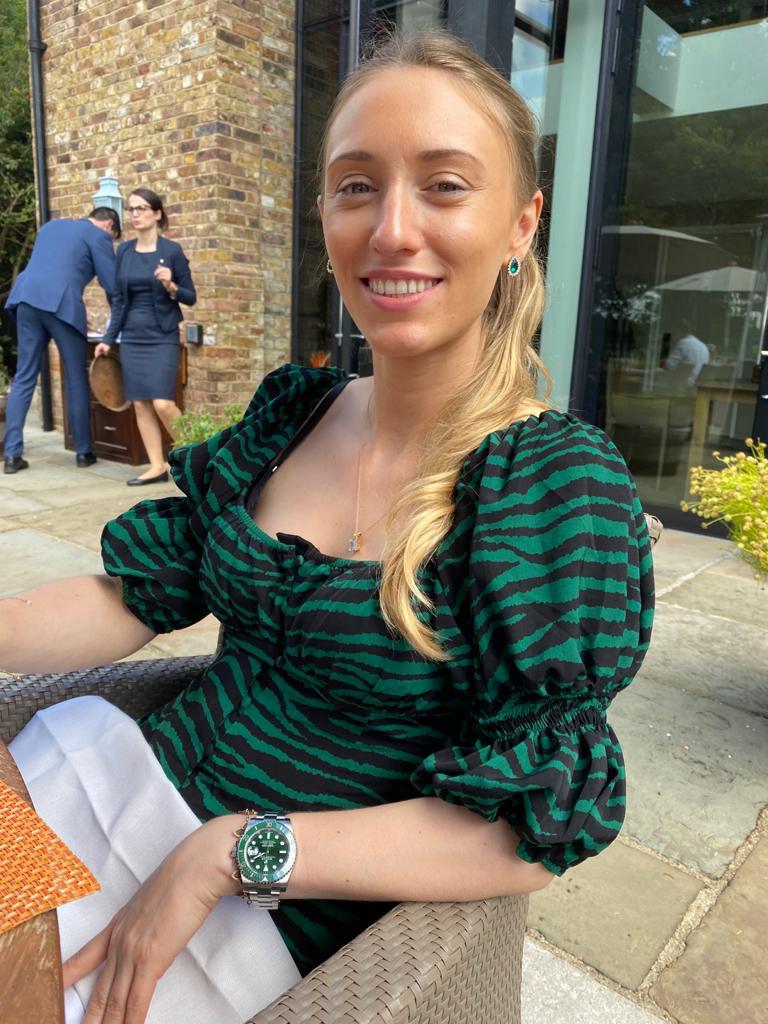 Isabella said she found the mental adjustment hard and said one nurse told her mum that it was likely she would “grieve her old life”.

“You don't realise how much you love the things you moan about until you don’t have them”, she added.

Isabella managed to have her treatment over the festive period in 2019.

After finding out at the end of October, she started treatment a month later before finishing up in January.

Isabella will have to go back for check ups once a year to make sure the cancer hasn’t come back.

NIP IT IN THE BUD

Sadly, Isabella can no longer have children due to the treatment but said her and her partner may consider other options in the future.

She said: “It’s not ideal for a 29-year-old, but I’ve been with my partner for eight years and luckily it was never a huge life goal for us to have kids, but we thought we might at some point.

“For a lot of people it’s an ongoing situation that could make you bitter.

“I did see about freezing my eggs and I wanted it to be my decision and some people can feel hard done by when they don’t look into it, but the consultants said it could have made the situation worse.”

After coming to terms with this, Isabella, who previously worked in the restaurant industry, has now set up a blog and Instagram account to help women across the world.

She highlighted that only you know your body and said if you have any doubts about any symptoms then you should see your doctor.

“Only you can tell the changes – some people are either in the doctors all the time or they avoid it at all costs.

“Nothing is better than nipping it in the bud before it becomes something you can’t change.

“Persist, ask for more – ask them to check more things, it’s easy for certain things to be overlooked – especially when a professional tells you it's nothing.

“We are all busy and have things going on, going to get something personal checked out is not at the top of the to do list, but it should be” she added.