A MUM gave birth to a surprise baby son in the toilet – just three days after she discovered she was pregnant.

Aimee Stevens, then 17, was told she was five or six weeks pregnant when she attended a routine appointment for a three-monthly contraceptive injection. 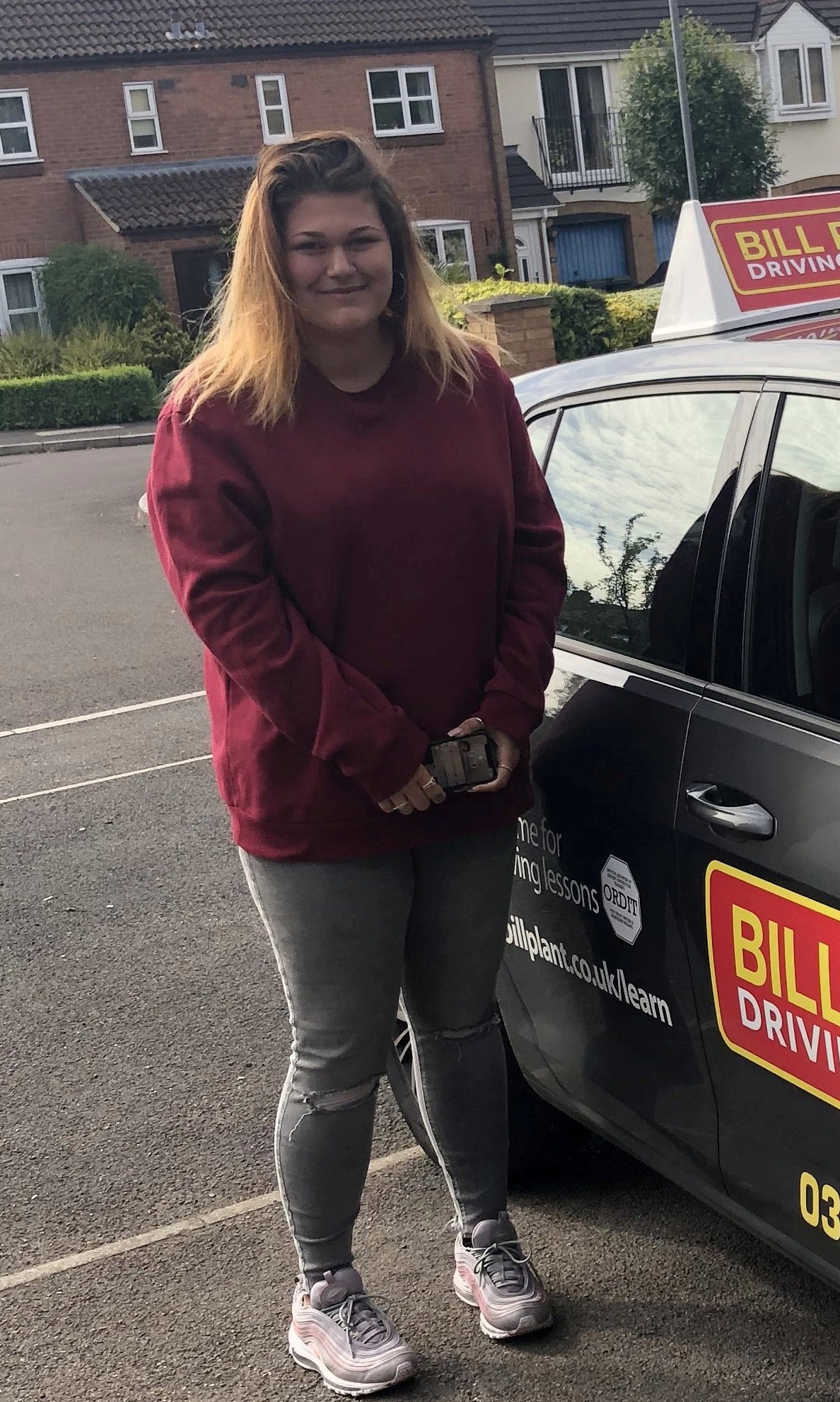 But she didn't have long to take in the news because just three days later she gave birth to her son in the loo in her ensuite bathroom in the middle of the night.

Waitress Aimee didn't realise she'd given birth until she felt a "sudden relief" and saw his legs and bum poking out the u-bend.

Brave Aimee scooped him out the loo and went to her bedroom.

Holding her son in her arms in her bedroom she called to wake up mum Becki, 40, who was sleeping downstairs – and had no idea she was going to be a grandma.

Becki tied the cord with a strip she tore from Aimee's work apron and called an ambulance while Aimee cut it with a pair of scissors.

Medics reckon little 5lb 9oz Ché Andrew Cain was around 38 weeks – but don't know for sure because mum Aimee flushed the placenta down the loo.

Both mum and baby were totally healthy, and only had to spend three days in hospital.

Aimee from Calne, Wiltshire, said: "I was in the worst pain ever, and throwing up in the sink next to me, then there was a feeling of such relief.

“I stood up and there he was in the u-bend, I could see little bent legs and a bum, so I picked him up and walked into my room.

“I still think about that night a lot.

"It’s so confusing, but when Ché first smiled at me it was just amazing, and I can’t think what I ever did before I had him now."

Oblivious to her pregnancy, Aimee, who turned 18 in May this year, had been studying for A levels and waiting tables at a restaurant while she was pregnant.

She had a boyfriend, who she is still with, but had no bump or cravings.

She didn't notice she was missing her periods because while using the contraceptive she didn't bleed anyway.

Three days before Ché was born, she attended a routine appointment for a three-monthly contraceptive injection, which she had been taking for over a year.

Aimee said she was confused about some period-pain like cramps, so they decided to do a pregnancy test.

“It took a long time before showing a very faint positive result, so the nurse thought Aimee would be five to six weeks pregnant.

On hearing the news she said: “I felt everything all at once, and also nothing, I didn’t know what to do.

“My friend who was with me for the day went to hug me and I said 'No, because I’ll cry'.

"I phoned baby's dad, he was confused too.

“I just went home and tried to forget about it.

“I had no bump, no weight gain, no cravings, nothing, no one had noticed, not my friends, or people at work, or my mum who saw me every day."

Two days later, on July 11 Aimee’s pains came back even worse when she was relaxing with a friend, and she struggled through a driving lesson late afternoon while in pain. 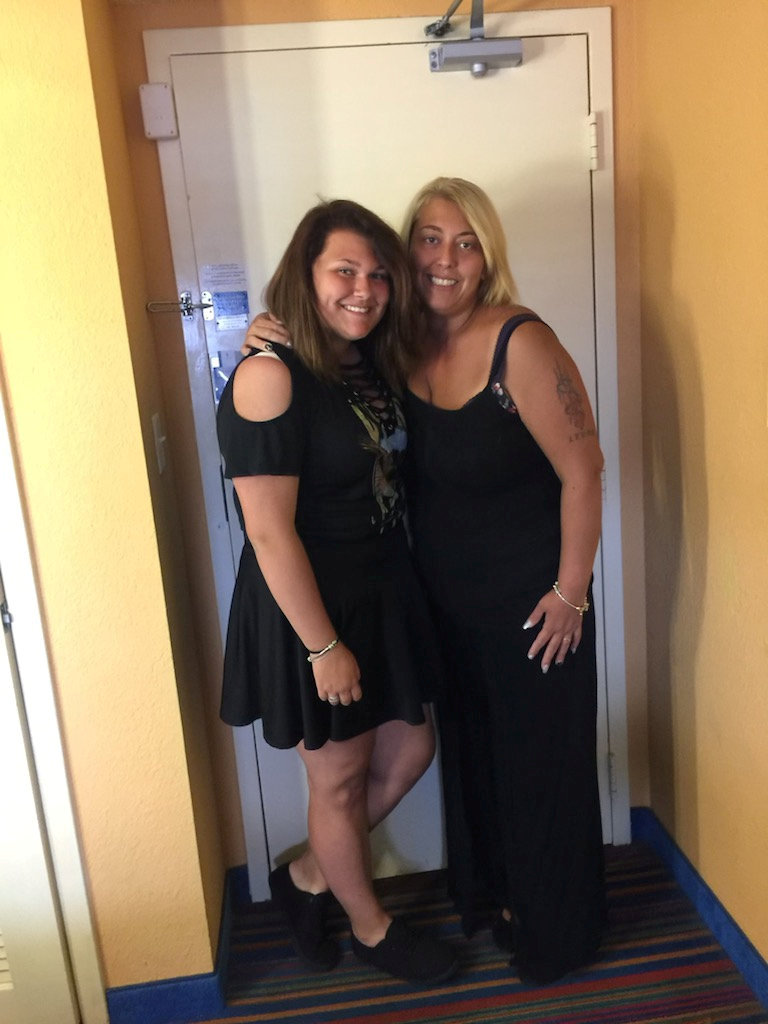 "After that they were so bad I just went to bed”, she said.

"It never entered my head they could be contractions, because I thought I was at most six weeks pregnant.

“I thought they might be constipation, at worse a miscarriage, but mostly I thought they’d just pass eventually.

“At midnight I decided to stay there until it passed, I was there for about 45 minutes."

“After I had him I remembered the placenta, and after that I walked around my room holding Ché and the placenta to find my scissors, then I cut the cord," she said.

"I flushed the placenta down the toilet, that’s why we don’t know exactly how many months pregnant I was when he was born."

That’s when Aimee shouted for her mum Becki, who tied the umbilical cord and called an ambulance, to take the new family to hospital in Bath.

Aimee said: "They brought him back to me and I just felt warmth flooding over me."

I stood up and there he was in the u-bend, I could see little bent legs and a bum, so I picked him up and walked into my room.

Aimee called her boss to explain why she couldn’t be at work for 6am, and WhatsApped all her friends to give them the news.

But she said everyone thought she was joking until she sent them some photos of the newborn.

Shocked friends and family rallied round and kitted out the new, unprepared, family in little more than a day, and the hospital gave them tiny first clothes and nappies.

Ché is 16 months old and Aimee, is back in her old job waiting tables at Brewer’s Fair restaurant, although is currently on furlough.

The mum and son moved into their own place in Calne in July this year.

She wasn’t able to complete her criminology, psychology and business A-levels, at college, but plans to study social care soon.

“I was home for a year with just Ché”, she said.

"That was great because we’ve got a really strong bond.

“I didn’t know how to look after a baby but I learned pretty quick and Ché's doing great, running round like crazy and talking.

“My favourite part of the day is figuring out what we’re going to do, walking, baking, any kind of messy play, but I need adult socialising too, so going back to work was good."

In other parenting news, we revealed how one mum delivered her own baby on the bathroom floor after labour lasted just two minutes.

Plus mum-of-22 Sue Radford shows off the epic garden movie night she created for her huge brood complete with snack station.

And a mum managed to clean filthy stains from her stylish blue pram in minutes using a simple carpet cleaner.