THERE were times I was so down that I couldn’t get out of bed. I felt demoralised, confidence-depleted and anxious. I remember thinking: “I can’t live my life like this.”

Eventually, my husband Steve [56, an internet-marketing businessman] urged me to seek help. 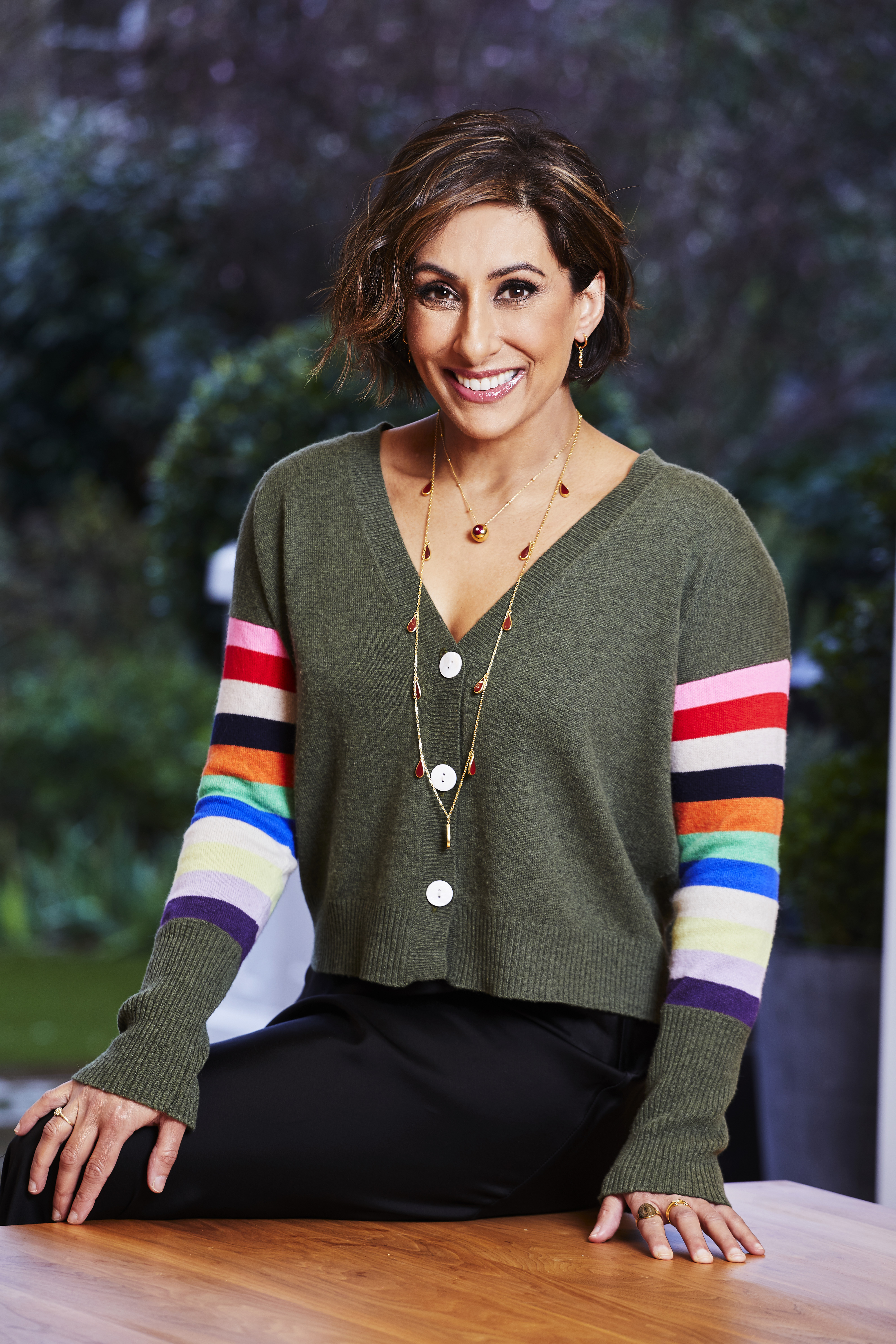 In my teens, I remember my mum Hanifa, now 76, getting hot and emotional, but we never had a discussion about the menopause. In the Asian community, women talking about their bodies, hormones, sex and mental health is taboo. I’m not even sure she understood what was happening to her.

When I turned 47, I began having erratic periods and hot sweats. I obviously knew about the menopause, but assumed I was too young to be affected. Little did I know I was having perimenopausal symptoms.

I felt permanently anxious over an impending hot flush. I’d often sweat through my clothes, so I carried spare tops in my handbag, just in case. I noticed that alcohol made things worse – one glass of wine could trigger a flush, so I stopped drinking.

My marriage was affected, too. I suffered a loss of libido, because I felt dry and horrible down below. I’ve suffered from psoriasis since birth and the menopause sparked sore, nappy-rash-like skin around my privates, my elbows and behind my knees. No matter what I tried to heal my dry skin, nothing worked. I later discovered that dry skin can be caused by an imbalance of hormones.

My marriage was affected, too. I suffered a loss of libido, because I felt dry and horrible down below.

It impacted on my family life, too. I was emotional, permanently on edge and irritable. I’d fly into a rage over little things, like my children Zac, now 13, and Amara, 10, not bringing down their laundry. After an eruption, I’d feel guilty and repeatedly say: “I love you, I love you.”

I didn’t feel in tune with my body or mind, and I didn’t feel womanly or sexy. After researching my symptoms online, I thought they could be linked to the menopause, but because I’d read frightening headlines about HRT causing breast cancer, I initially tried natural methods to prevent hot flushes. In midlife we have more of the stress hormone cortisol in our bodies, because of the drop in hormones, so I got into yoga, breathing exercises and practising mindfulness, which all helped – but not enough.

'I feel sexy and glamorous again'

Within six months of my initial symptoms, I felt ready to seek medical help. In 2018 I was working on Loose Women and talking to the girls was comforting, especially no-nonsense Janet Street-Porter, who told me she’d been on HRT for years and suggested I speak to my GP.

My doctor confirmed I was probably going through the perimenopause and put me on the lowest dose of HRT in pill form. Within a month, my skin cleared up and my mojo returned.

I had a new lease of life and I felt determined to be the best version of myself. I believe that if you get the hormone balance right, you feel empowered to make more effort with self-care.

I’m now using Sandrena gel, an oestrogen-based HRT, on the rash between my legs, and I take a progesterone tablet in the evening. I also eat more healthily and earlier this year I took up weightlifting.

At 51, I’ve got the best body of my life! I feel sexy and glamorous again. Needless to say, Steve is reaping the rewards – though, while having a sexual relationship in older age is important for intimacy, we also appreciate each other in different ways.

Our campaign aims to: