WHILE searching through bins might not sound like everyone’s cup of tea, one woman has revealed that she spends much of her time looking through rubbish bins in search of amazing freebies.

Ella, known on TikTok as ‘glamourddive’, has 963k followers and 22.3million likes on the video sharing platform and regularly shares her “dumpster dive” hauls. 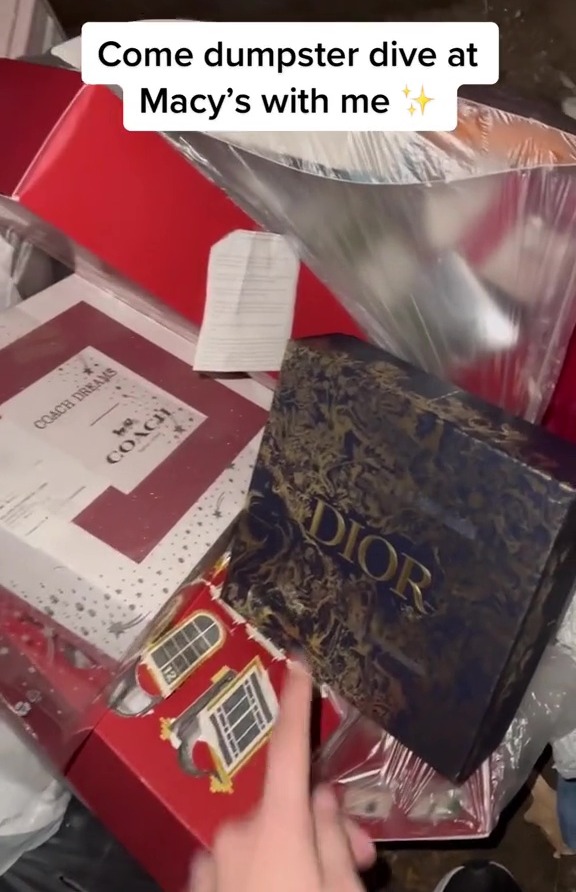 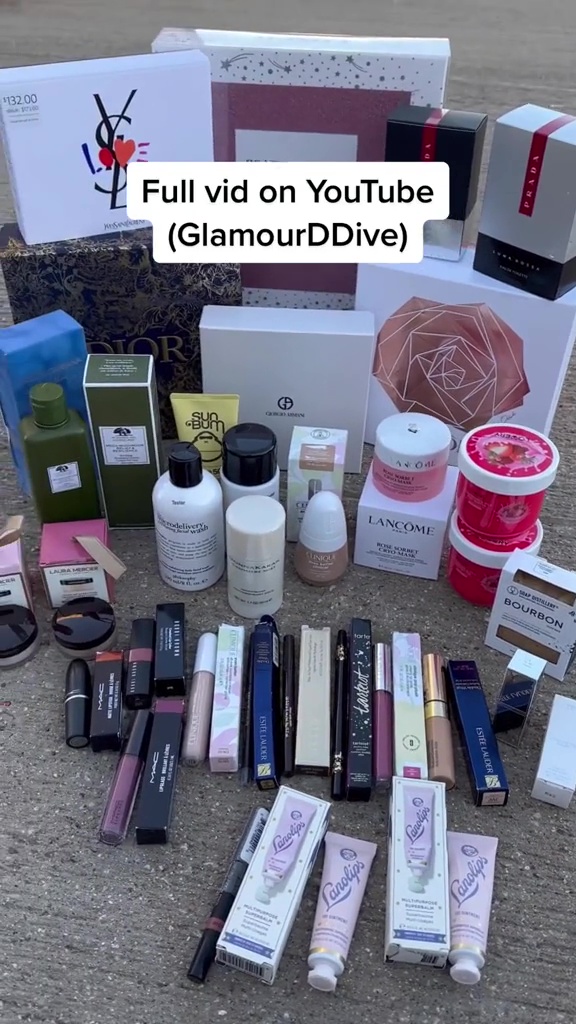 The young woman often searches through huge bins outside department stores to see what she can spot and shares her amazing finds with her social media followers.

In one of her recent videos, Ella went rooting through a huge bin outside an American Macy’s store.

Ella was left very impressed with what she found in the department store bin.

Luckily for Ella, she was able to bag a huge amount of high-end make-up products, many of which were unopened and unused. 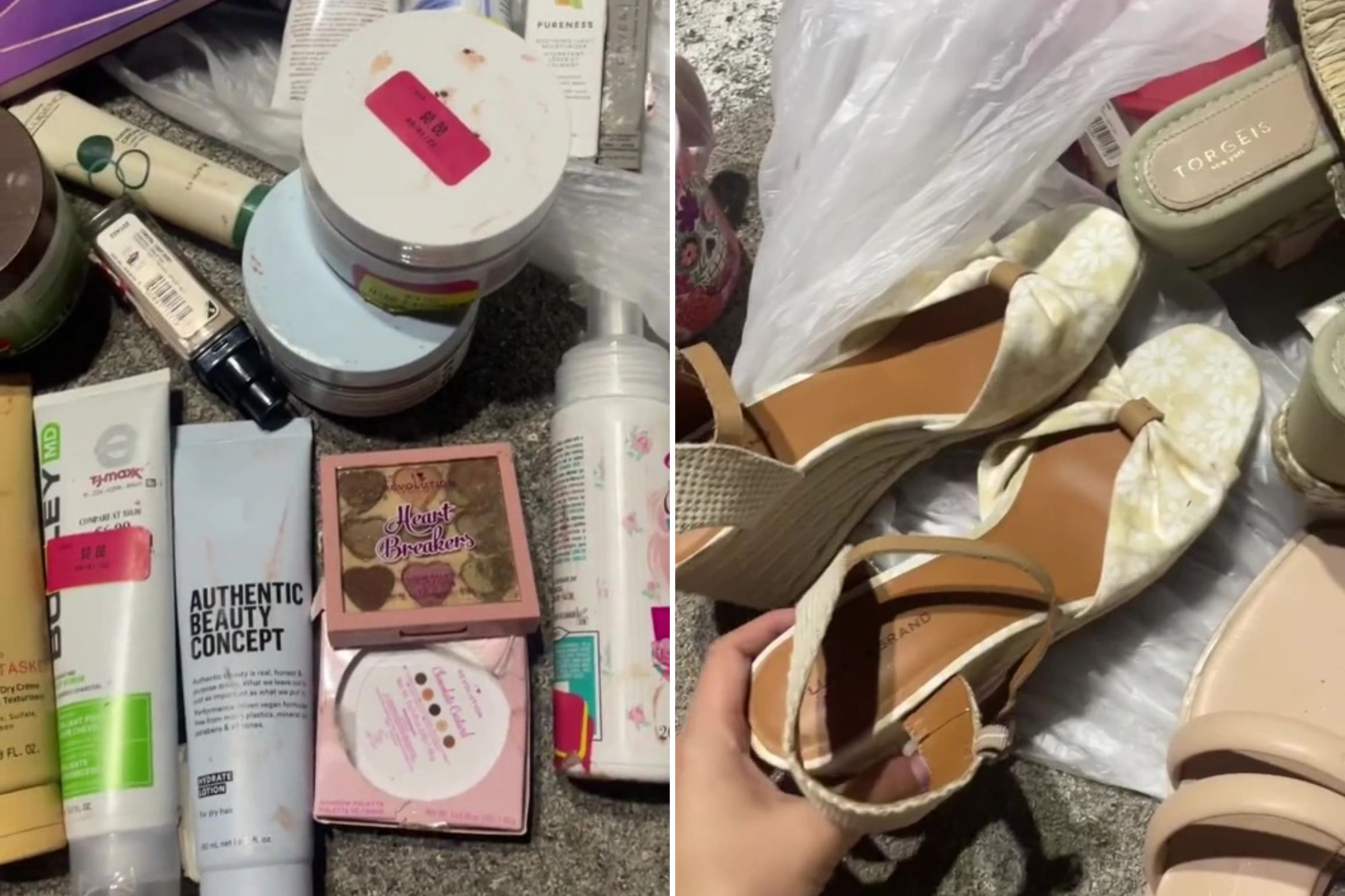 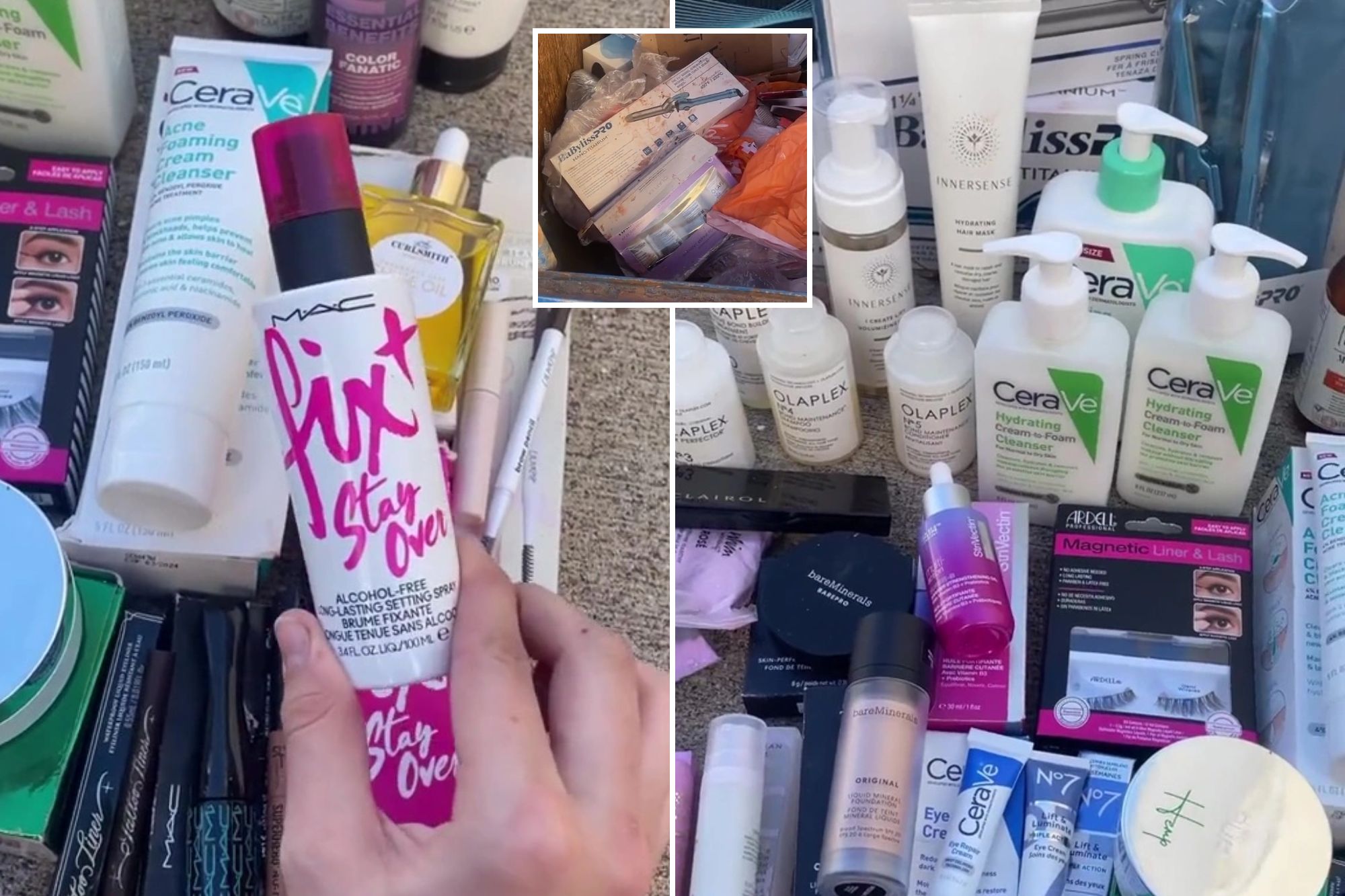 The dumpster diver took to the social media app and posted her video with the caption ‘First time dumpster diving at Macy’s.’

She said: “I’m dumpster diving at Macy’s and I found this bag full of Dior boxes and Coach boxes.

“It looks like there’s actually some good stuff in here.

“I am so excited to go through this bag.

“There’s a bunch of boxes – I can feel that some of them are empty but some are not.

“This first box is full of make-up.

“So far I’m finding so much in here – these are all in the boxes.

“There’s a bunch of skincare and make-up.

“This is the Tom Ford lip blush and it doesn’t even look swatched.

“They didn’t destroy anything.

“All of this came from a dumpster at my mall.”

Ella laid all of her new items out to show to her loyal followers.

There were a variety of designer boxes, from Dior and Prada but many unopened products too.

There were also a variety of amazing items, including a YSL perfume and a Coach fragrance.

Not only this, but there were lots of different skincare items with products from Lancôme and Origins.

There was lots of make-up too, with a variety of Mac lipsticks and lipglosses, and even items from Estee Lauder and Clinique.

Ella’s video has clearly impressed many, as in just 12 hours, it has quickly racked up a whopping 937.2k views.

TikTok users were open-mouthed at Ella’s finds and were shocked to see such high-end stuff be thrown in the bin.

Another added: “That Coach perfume is in the top three best perfumes I’ve ever smelt.”

A third commented: “I’ve been waiting for that Tom Ford to come back in stock at my store and ur telling me it's getting THROWN OUT.”