STACEY FLINN-SCHOLFIELD, 36, is a medical secretary and lives in Darlington with her husband Paul, 40, who works in the armed forces, and their son Bear, eight.

Here, she shares her story of how she went from a size 20 to running an ultramarathon. 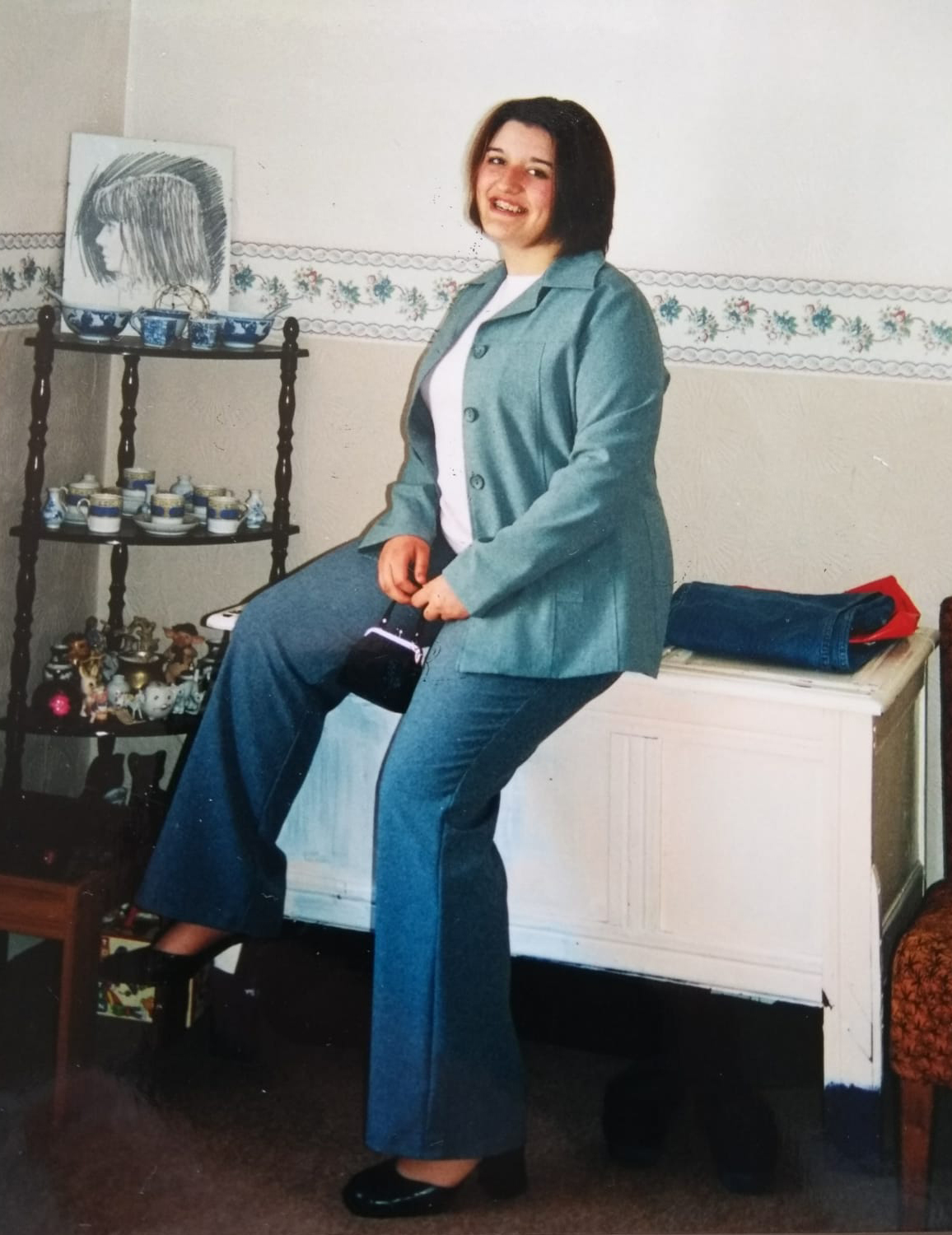 “Soaking in a hot bath, my muscles ached, but I felt elated. I’d just run 62 miles over two days – something I’d never even imagined years before when I was obese and seriously unfit.

“I grew up in a home where food equalled love and huge roast dinners and puds were the norm. My whole family were big as a result.

“I wasn’t badly bullied at school, but I was called “fatty” and had low self-esteem, hating my wobbly belly and legs. I never exercised and my lifestyle was sedentary. 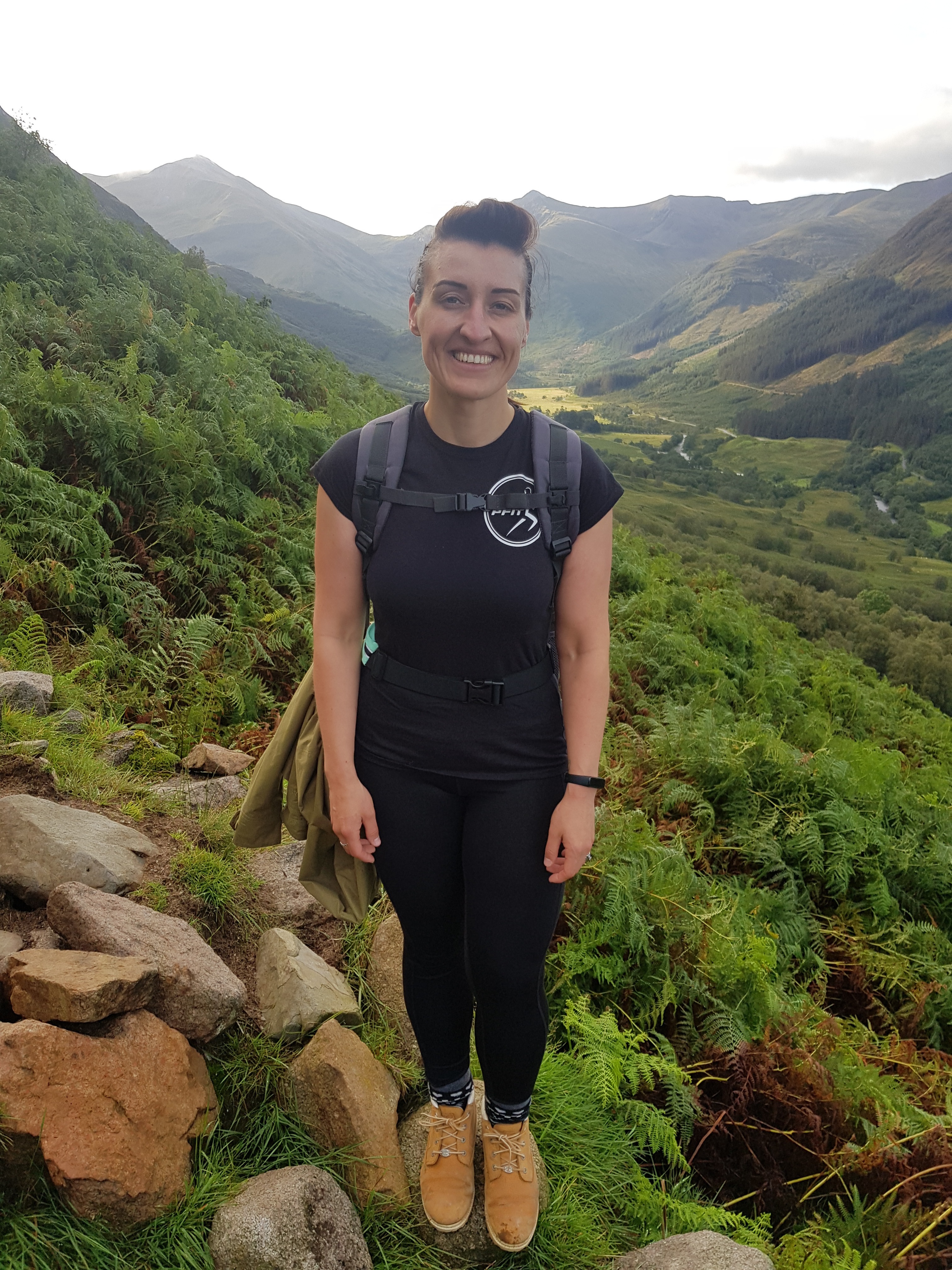 “I met Paul through friends in 2002 when I was 18. He was my first boyfriend and didn’t care about my size-20 frame. He knew I was insecure but always assured me that I was beautiful.

“I began to realise that until Paul came along, often I ate because I was unhappy or bored. Now that I was more content, I started making healthier choices. By the time we got married in August 2007, I was a size 12 and weighed 11st.

“But even though I was slimmer, my fitness levels were very low. Paul and I would go out for a walk at the weekends, but just a simple hill climb or long flights of stairs would leave me seriously out of breath.

“For the next decade I hovered around a size 12-14, including after having my son Bear in May 2012. But as time went on, I’d look at my body and feel unhappy. I wasn’t toned and my stomach and arms wobbled. 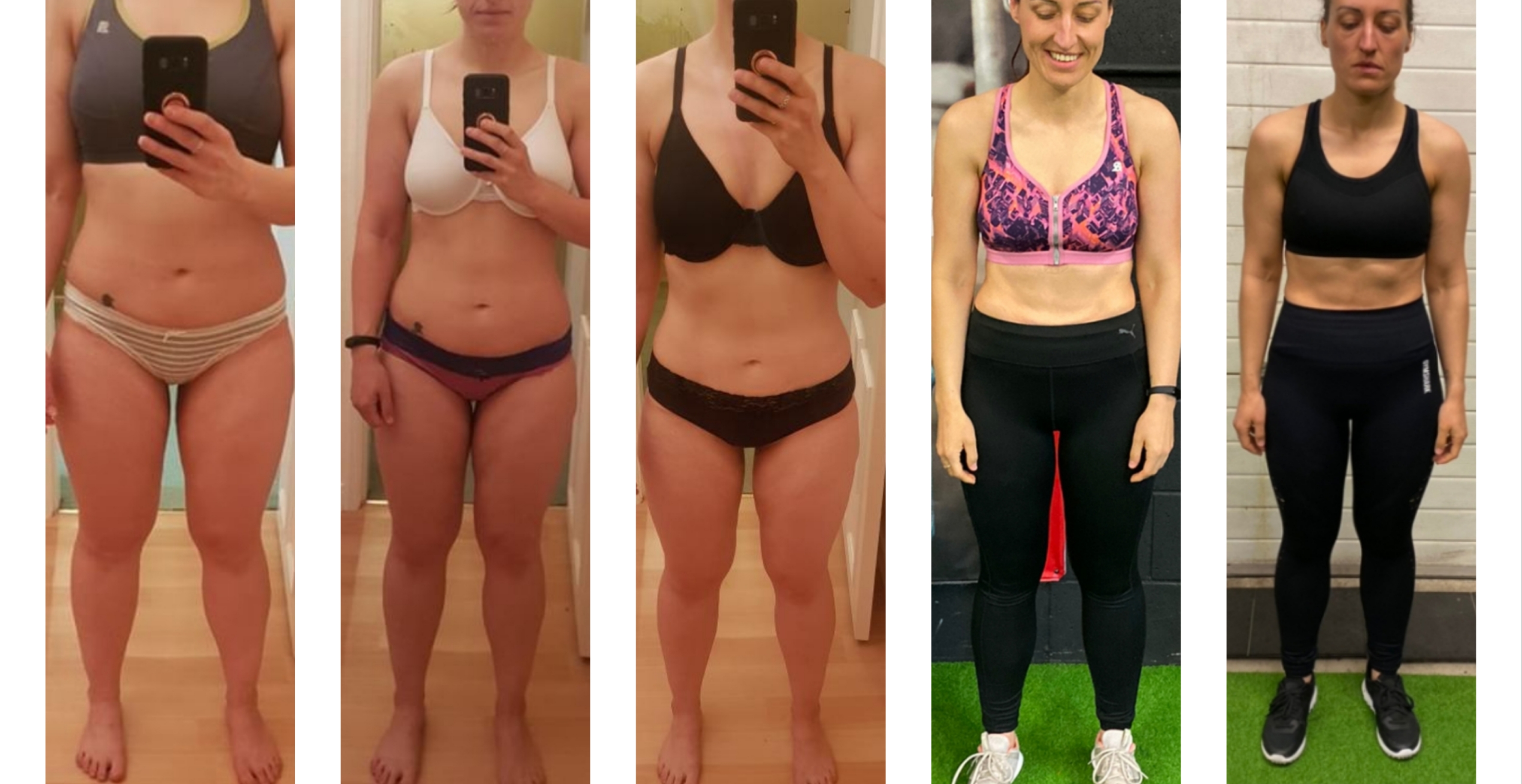 “I wanted to feel more confident, so in August 2018 I signed up for a local bootcamp run by a personal trainer four times a week. My goal was to get to a size 10 and feel fitter.

“The first session was a mixture of weights, HIIT and cardio. I found it really hard and I was exhausted by the end of it. But I also loved the endorphin rush, which I’d never experienced before.

“I quickly became addicted to the buzz. I signed up to spin classes and private PT sessions, and began getting up at 5am every day to go for a run, gradually building up to completing a 10k.

“The more I worked out, the more my stamina and strength increased. Seeing my arms become muscular and toned and my tummy firmer spurred me on. I realised I’d discovered my passion in life – exercise. 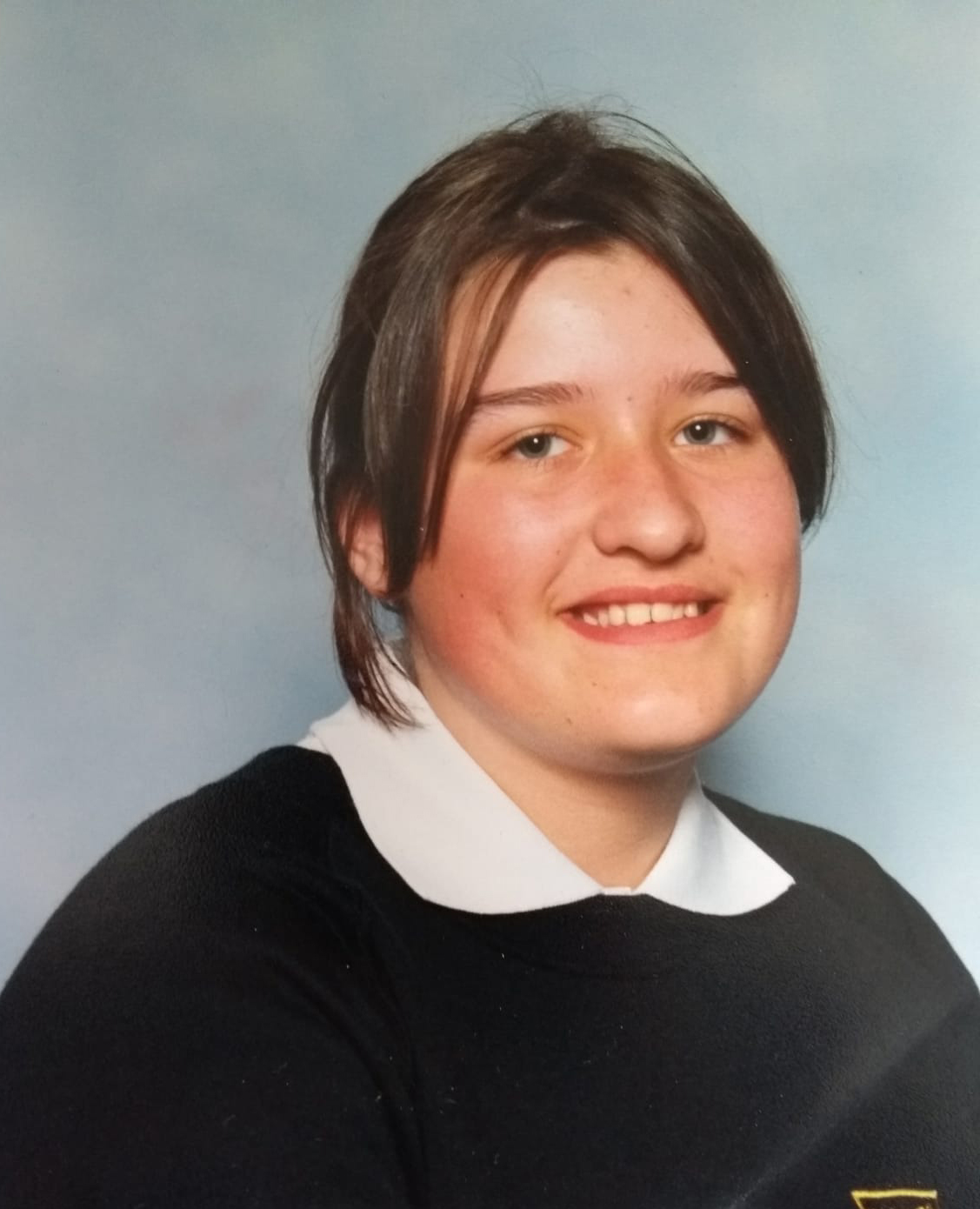 “If I missed a bootcamp or a PT session I’d be miserable.

“I started meal-prepping and batch-cooking my meals for the week on a Sunday.

“Following advice from my trainer, I tried to stick to 1,380 calories a day – I’d have Weetabix and yoghurt for breakfast, chicken with couscous and veg for lunch and a healthy curry for tea. At the weekends, I’d relax and have a slice of cake and the odd glass of wine.

“In January this year I began training to do the 62-mile Race to the Castle ultramarathon – an event scheduled to take place over two days in Northumberland in June – to raise money for Parkinson’s UK, because my mum Kathryn, 63, has the disease. 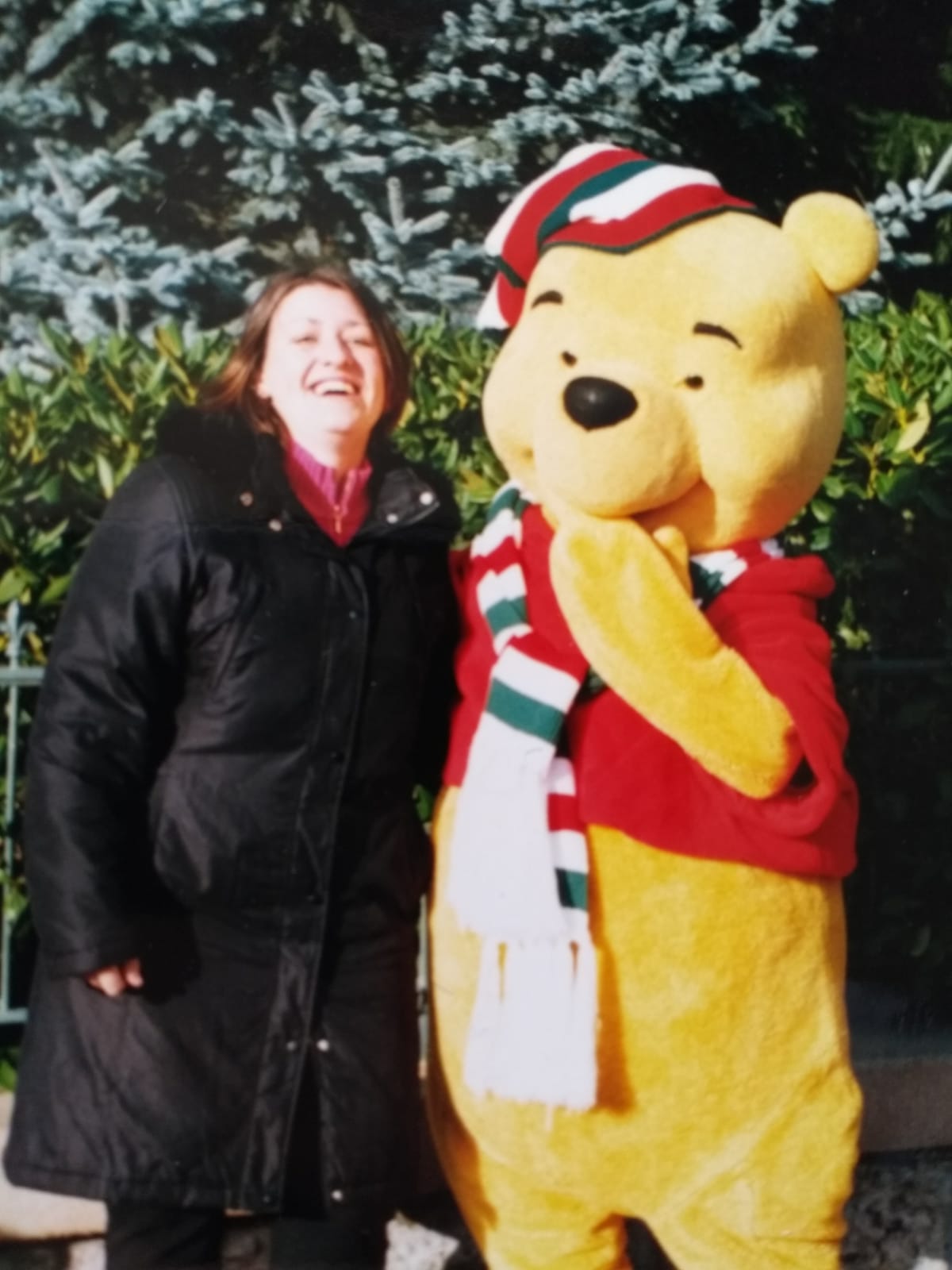 “When it was cancelled due to coronavirus, I was gutted, but I resolved to run the distance anyway in my local area.

“The furthest I’d run at that point was 13 miles. It would mean pushing my body harder than ever before, but I was ready for the challenge. In the days leading up to it I upped my calorie intake to 2,500 a day, having more carbs and protein so I had enough energy.

“The challenge was tough. At the end of day one, after running for 5 hours 45 minutes, I had to have an ice bath then apply Deep Heat to my aching calves and tape up my throbbing knee.

“When I woke up on the second morning still with more than 30 miles to run, I really didn’t know how I was going to do it all over again. But I put my trainers on and got back on the road, determined to achieve my goal. 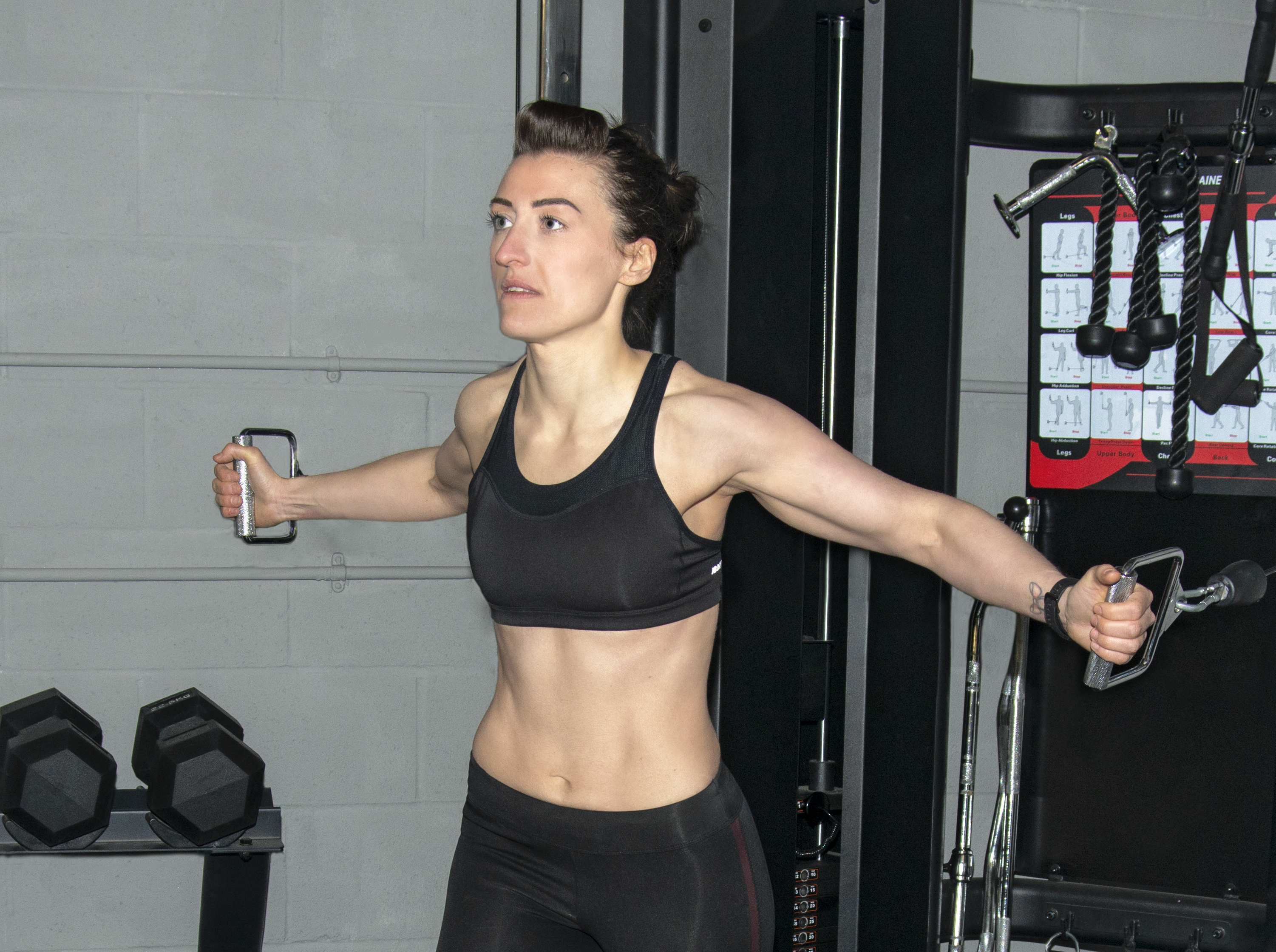 “When I finished, 7 hours 28 minutes later, I felt euphoric. I’ve raised almost £3,000 so far, and despite aching for days afterwards, I know it won’t be my last ultra.

“I’m now a size 8 and weigh 9st 6lb, but more importantly, my body is strong.

“When I catch a glimpse of my six-pack in the mirror I feel very proud and still can’t believe it’s my reflection!

“Paul has always been supportive of my new lifestyle, and jokes that when it comes to the loves in my life, it’s Bear, exercise and then him! 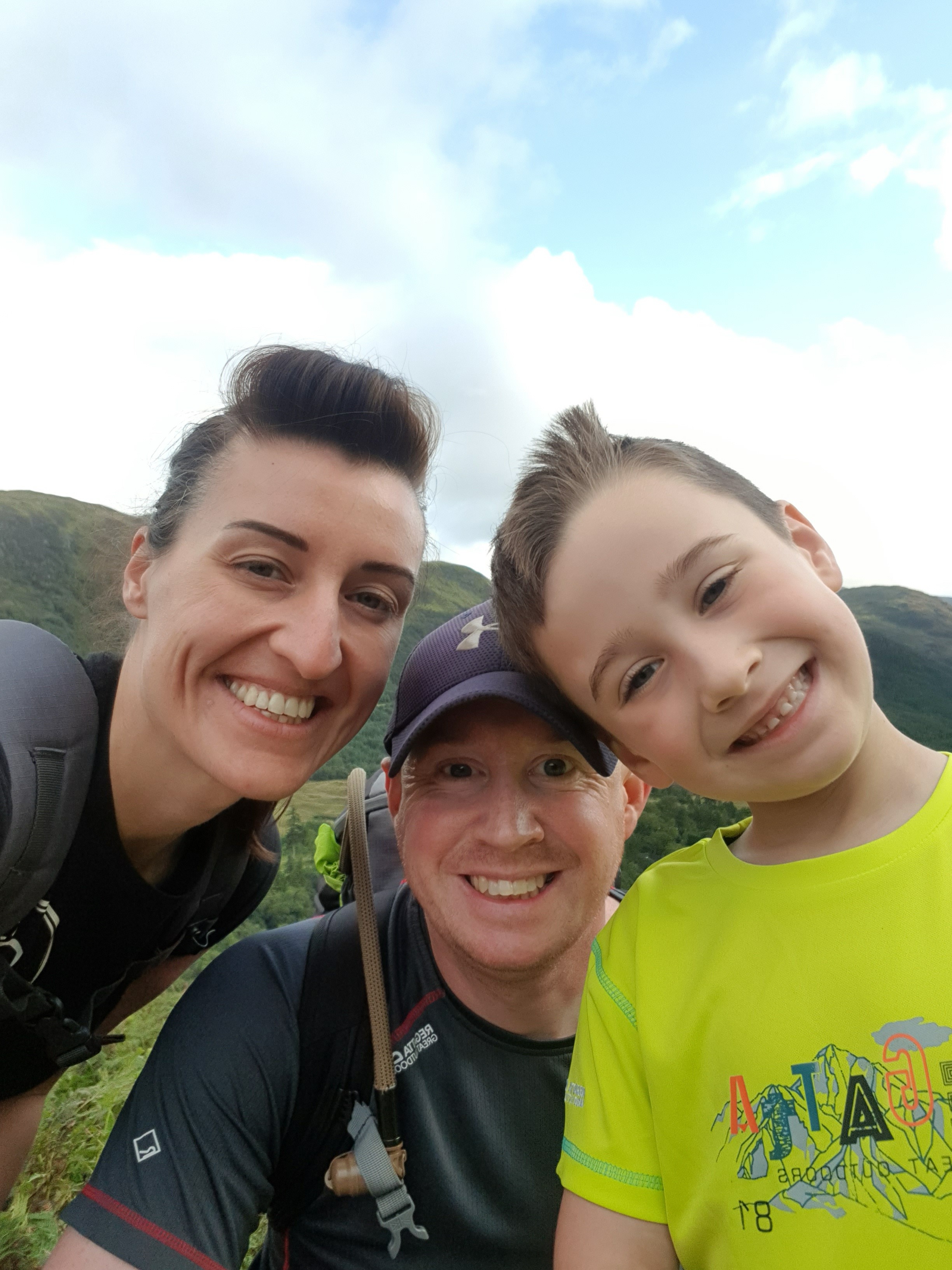 “When I look back at old photos of myself, it’s hard to believe I was once that overweight, shy girl.

“Exercise has transformed not only my body, but my self-confidence, too and I’m so grateful I discovered my love for it.” 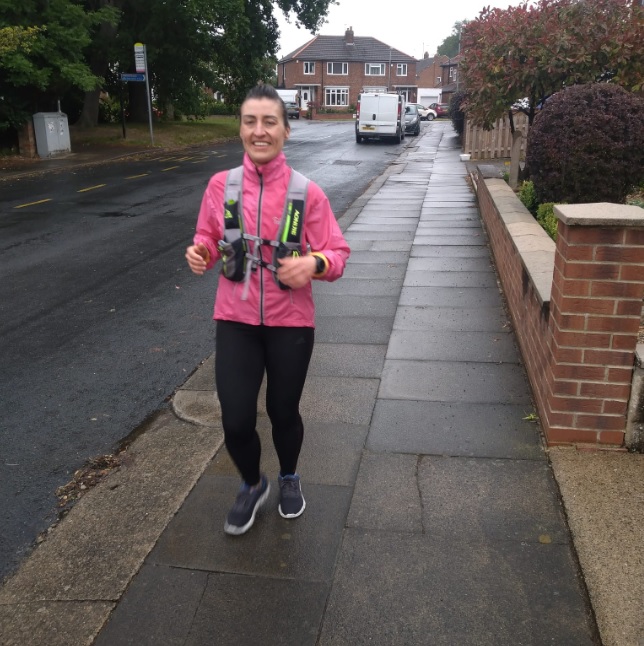 Ultramarathons are any race longer than 26.2 miles.