WE get it – dressing for a wedding is a total fashion minefield.

But if in doubt, there's one cardinal style rule worth sticking to: DON'T even think about wearing white. 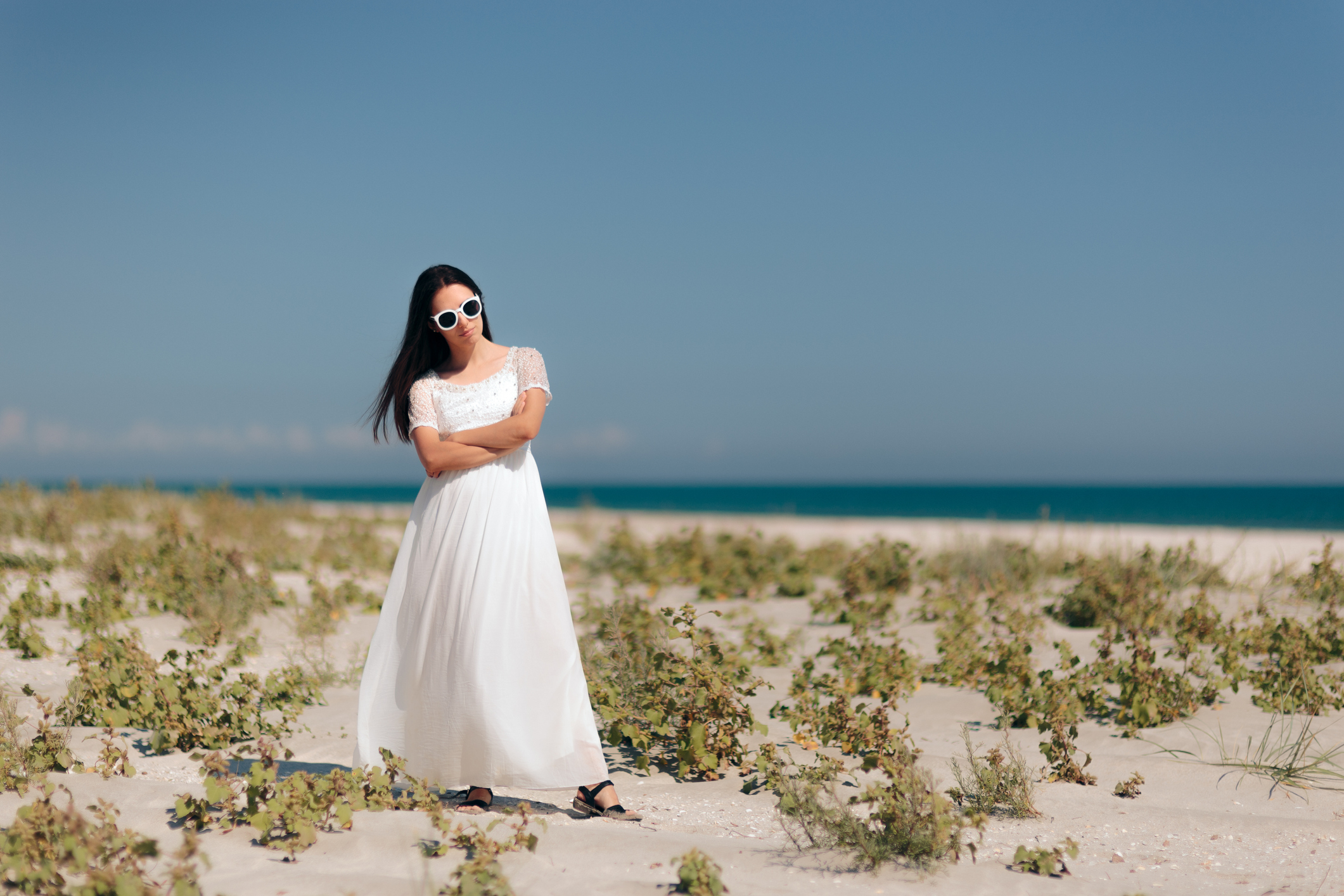 Unfortunately for one recent bride, her cousin clearly didn't get the memo – or used the fact her relation is blind to overlook it.

Sharing her dilemma on Reddit, the woman explained how white is her "favourite colour" and really suits her skin tone.

She explained: "I really thought no one would even notice I was wearing white."

But needless to say, the woman's outfit didn't go down well with her aunt – who felt she was stealing attention from her daughter on her big day.

She continued: "My aunt pulled me aside and berated me for wearing this colour at her daughter's wedding.

"She said just because her daughter is blind doesn't mean she's stupid and doesn't know what's going on around her."

Taking no prisoners, the woman's aunt then asked if the woman had pulled the stunt because her cousin was getting married before her. Ouch.

The woman added: "I argued with my aunt for trying to dictate what I wear but she defended herself saying I was a guest and should have respected the bride," she shared.

My aunt asked if I hate to see her daughter happy and whether I pulled this stunt because my 'blind' cousin got married before me.

"I left feeling very upset and exhausted from that encounter."

What's more, even the woman's boyfriend didn't take her side and accused her of taking advantage of her blind cousin.

After he urged her to apologise, the woman wrote: "He warned me that if my cousin finds out there's going to be some issues.

"He suggested I get ready to apologise but I really see no reason to apologise since I chose to wear a comfortable colour that I feel confident in."

Although the woman was hoping she'd receive support in the forum, the overwhelming majority of people said she was in the wrong.

One replied: "You wore a white dress to a wedding. That is like the universal 'f–k you' to any bride. And it's an extra one to a blind bride."

"My favourite part was that her boyfriend warned her ahead of time," another added. "She knew this would be an issue."

Meanwhile, a third fumed: "White is flattering on MANY people. It’s not your wedding, you don’t need to look the best.

"The day is about the bride, who should be the only one looking amazing in a long white dress."

In response to the criticism, the woman replied: "I just think its ultimately my choice to wear what I want whenever I go especially since I wasn't taking any part of the wedding but seeing how many people care about minor stuff like that then I guess I didn't think this through…"

For more wedding horror stories, this is the excruciating moment wedding photographer called bride by groom’s EX’s name & her face says it all.

And this bridezilla was slammed for offering guests better food depending on cash gift & you have to be over £2k for ‘premium’ option.

Plus this 'tacky’ guest shamed for wearing white floor length gown to wedding & threatening to upstage the bride.