A WOMAN with dwarfism says strangers are shocked when they discover that's she's related to her average height son.

Angela Singletary, 39, has a common form of dwarfism known as achondroplasia – meaning her bones do not grow as much as usual. 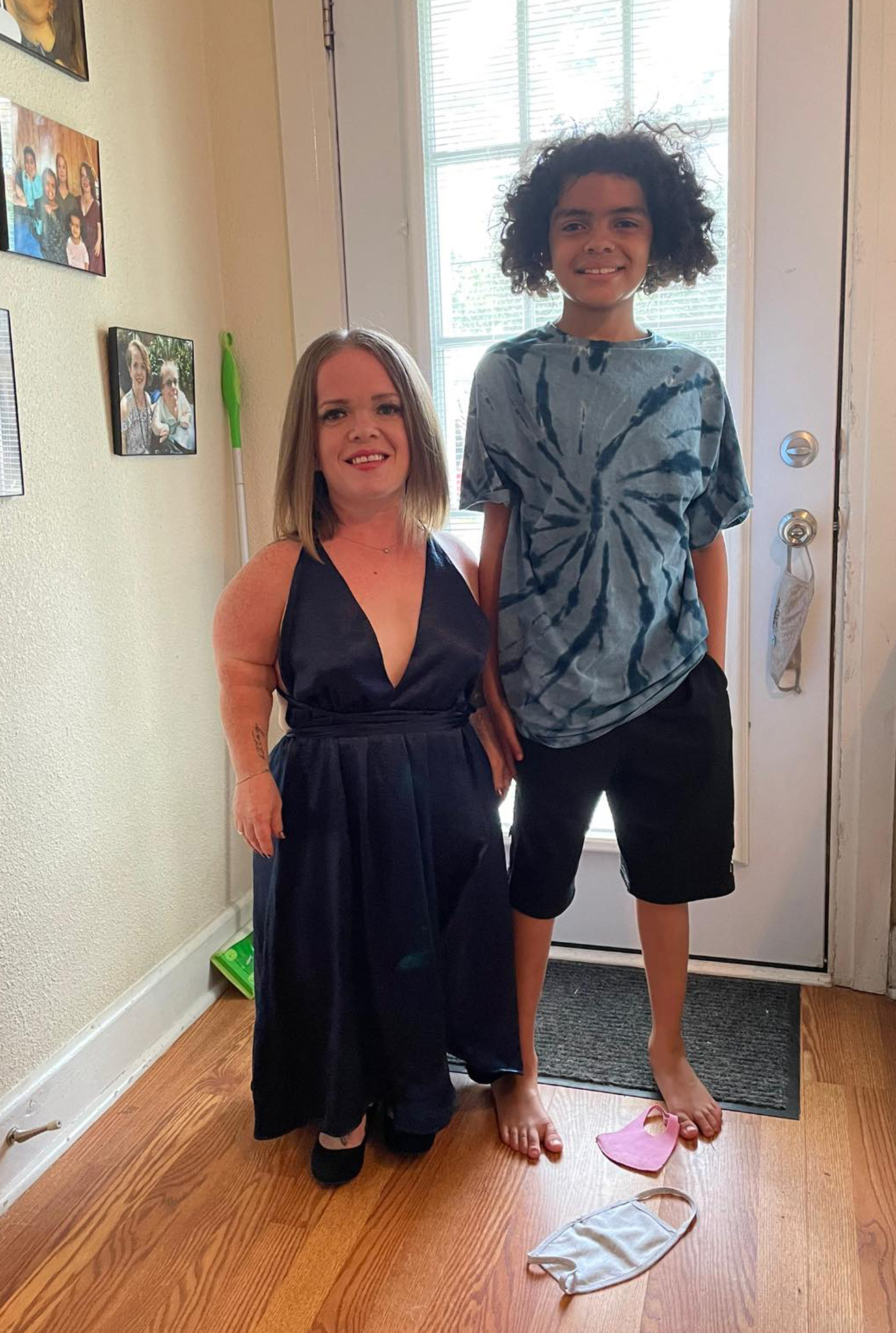 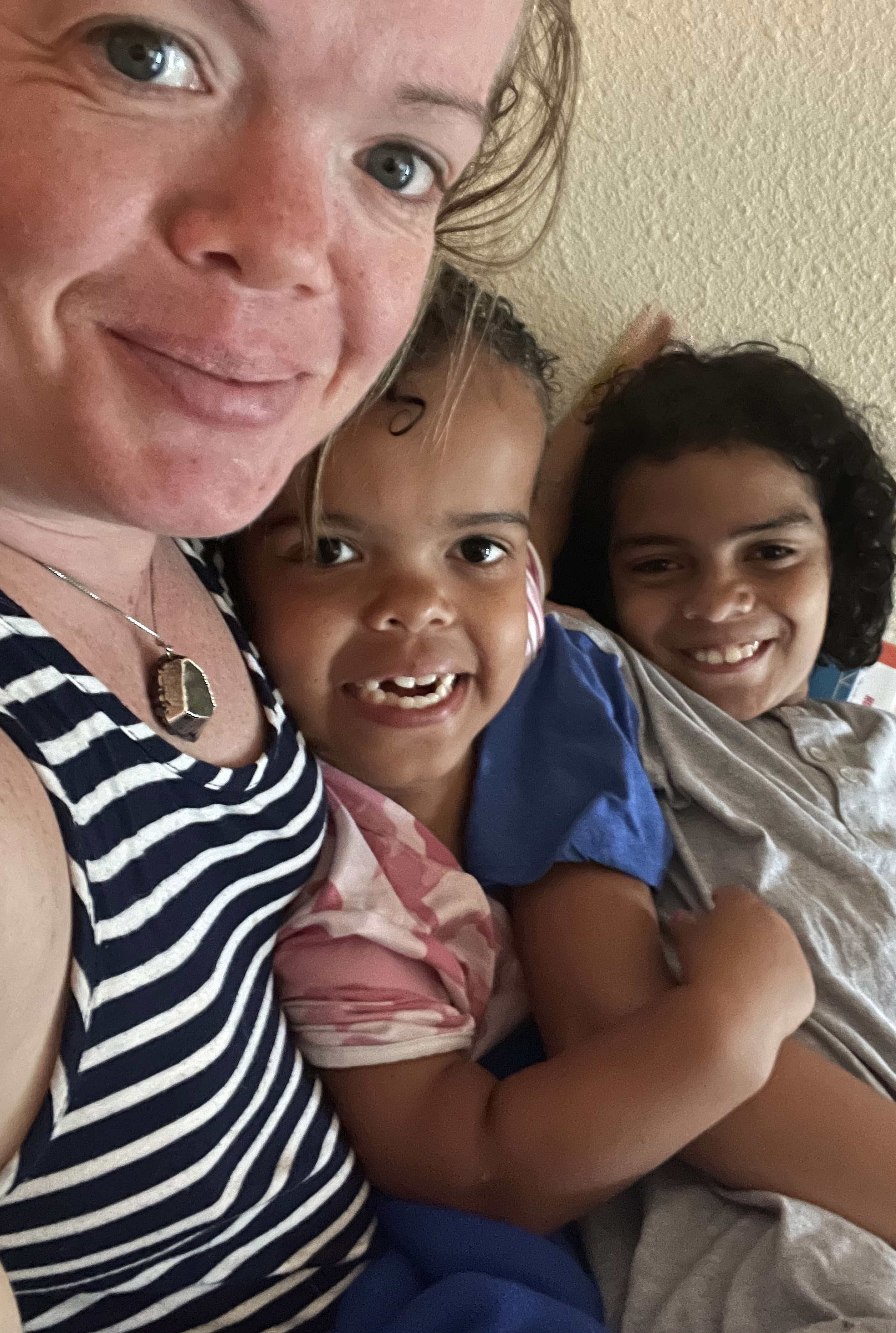 The condition runs through her family and has been passed on to her daughter Aidan, 12, and Angela, seven.

Her son DL, 10, was born without the condition, which often confuses strangers as he towers above his 4ft mom from Mississippi by a foot and a half.

Angela, who is a life and wellness coach, thinks her son may take after her ex-husband who is 6ft 6inches.

She said: "Strangers often ask 'are they all yours?' as DL is a foot and a half taller than me.

"People used to assume the girls were twins as they were once the same height.

"I do often wonder if DL feels left out or like a burden as we do receive a lot of attention when we are out.

"He says he doesn't mind but I don't know.

"It can be annoying as people point, stare and snigger.

"He is very protective of his sisters."

Everyone in the Singleton household has chores – DL's task is to do the washing as it is too high for Angela to reach.

Her home has no modifications as she wants Aidan and Angela to learn how to adapt.

They often use stools and rarely ask DL for help unless an item is on the top shelf.

She adds: "DL is taller than the average 10-year-old. He takes after my ex-husband who is 6ft 6inches.

"His height is handy around the house as he can change lightbulbs and reach things in high places.

"However, I am able to use a stool for most of the time.

"I haven't modified the house because I want the girls to know how to navigate accordingly as the world isn't modified for little people."

Growing up, Angela recalls receiving negative backlash about her height.

But now she is comfortable in her own skin and helps other women feel the same way – for a living.

She adds: "Being a little person can be hard. Society automatically thinks we do not work, drive, and can't lead a normal life.

"But we can, I do all of those things and I date men who are average height.

"I have taught my girls to stand up for themselves.

"My heart hurts for them when we go out as people ask to take photos – the answer is obviously no.

"But I do think society is becoming more accepting of little people." 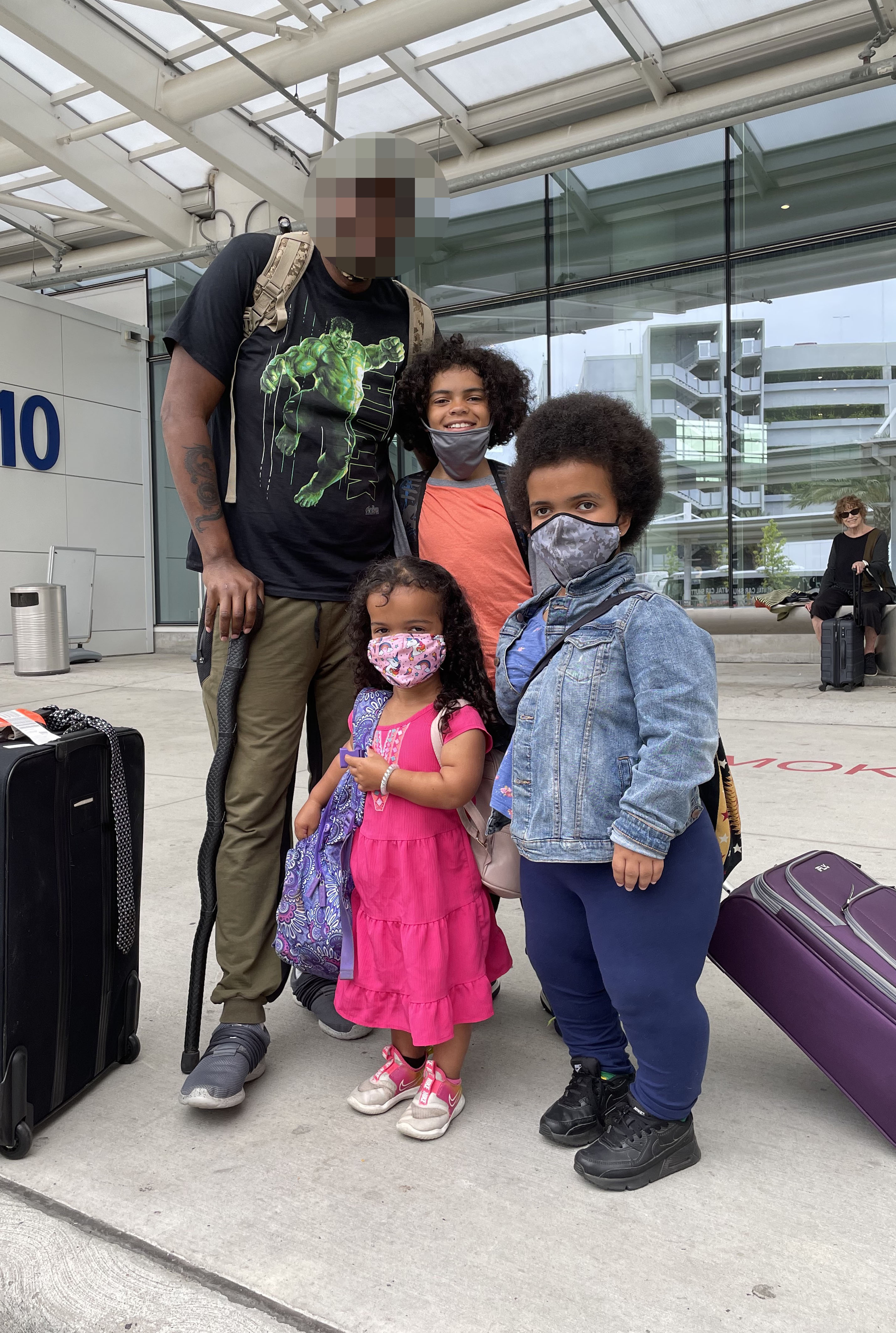 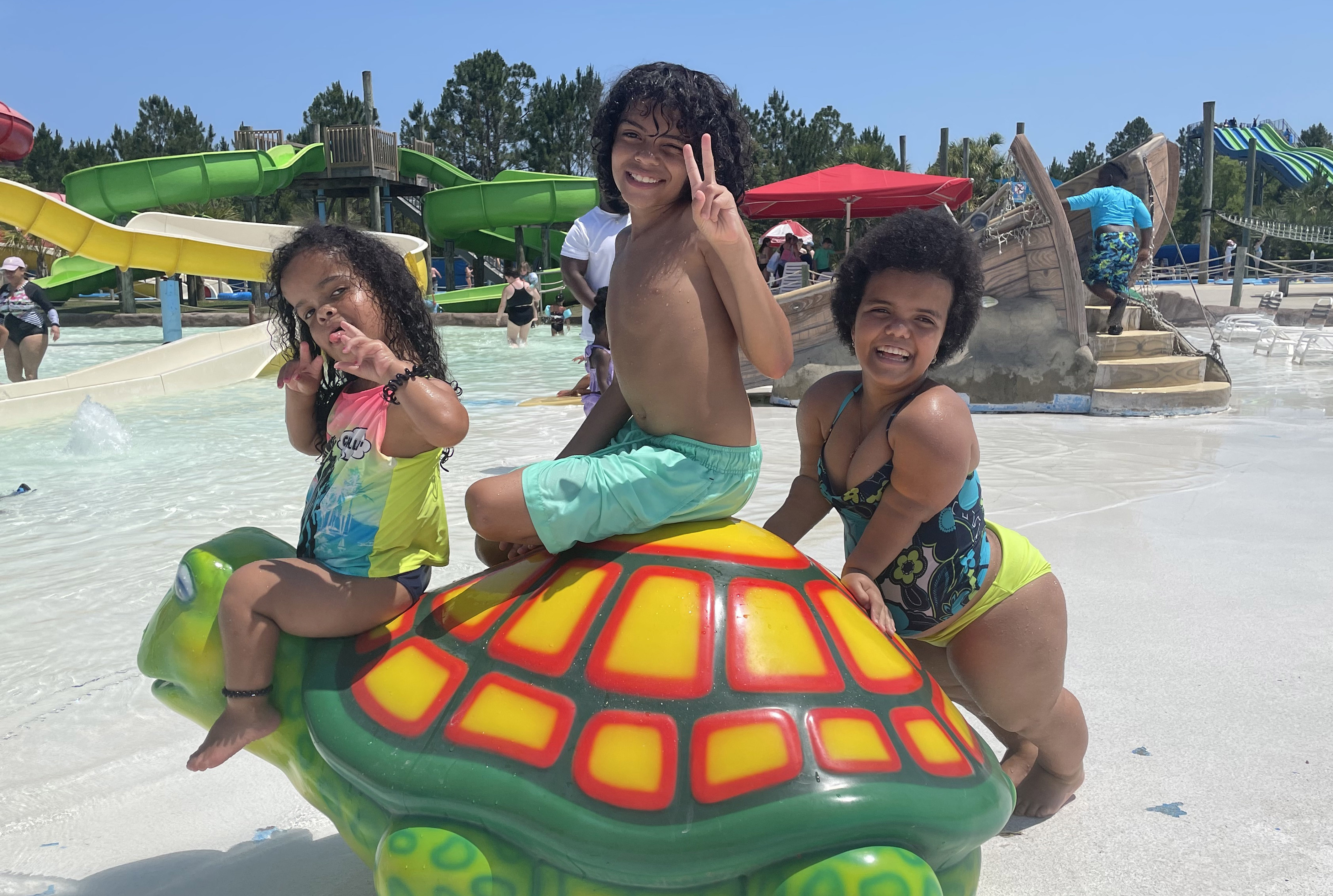 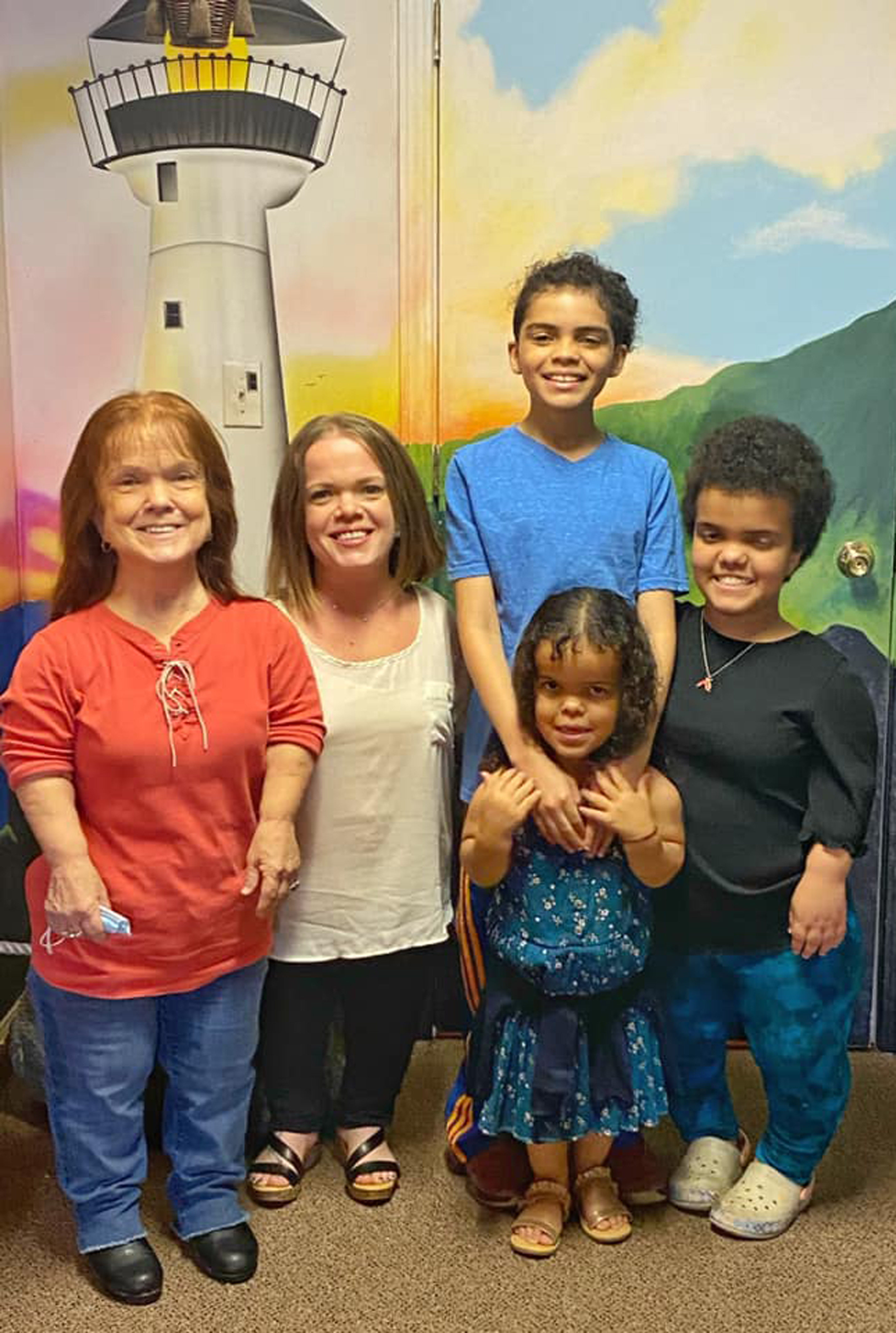