BECAUSE of her impeccable style, you might dismiss this western wear-loving fashionista as a poser at first glance.

But this cowgirl insists she's the real deal and has the horse sense to prove it. 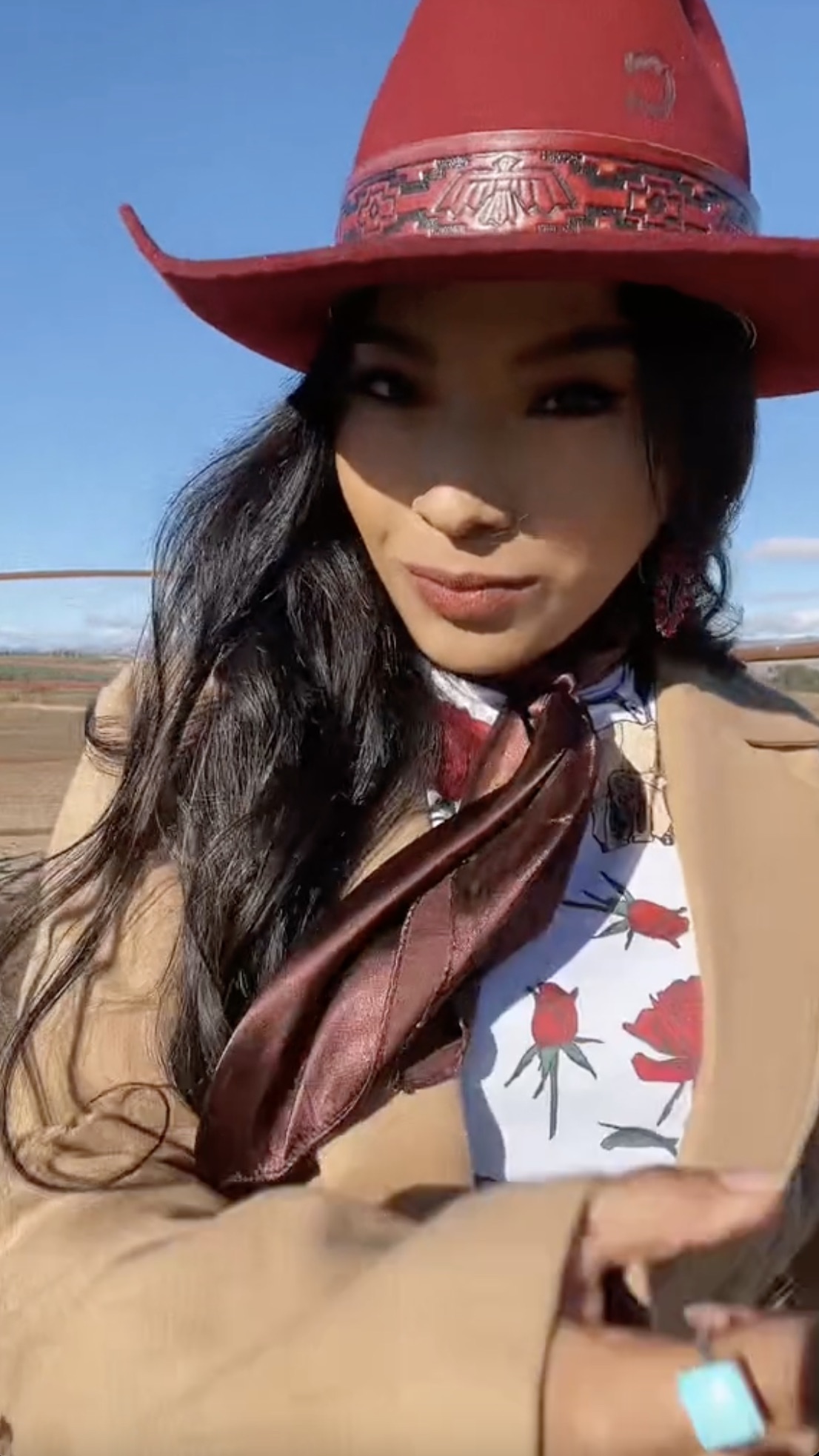 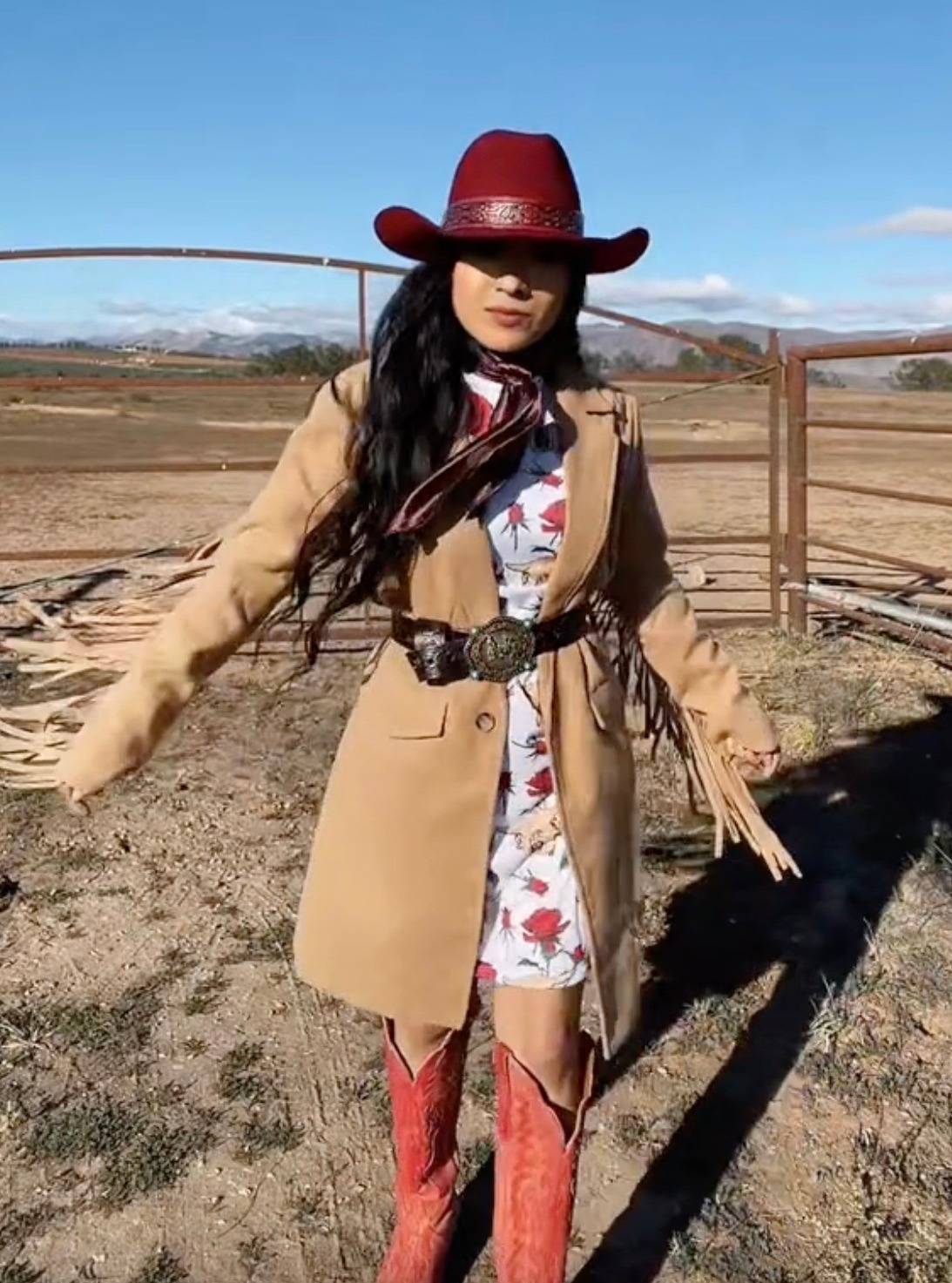 On her TikTok channel, Mayra Fulgencio posts videos from her life on a ranch in California.

In a recent video, she challenged the trolls who accuse her of being a phony because of her appearance.

Standing in one of her favorite outfits, she recounted a trolling comment in the caption.

Taking a step back, she showed off her ensemble against a backdrop of wide horizons and dusty plains.

She wore a dress printed with red flowers and dusty cow skulls, accentuated by a red hat and boots.

Instead of a standard-issue paisley bandana, she wore a silky scarf tied ascot-style at her neck.

She brought the outfit together with a long fringe jacket and a leather belt.

Baby boy dies at nursery as six women are arrested

Fulgencio even matched her lipstick to her hat and boots, and got a chance to show it off by telling her haters exactly how she felt.

Smiling into the camera, Fulgencio mouthed along to a song by country artist Tyler Childers that summed up her response to trolls. 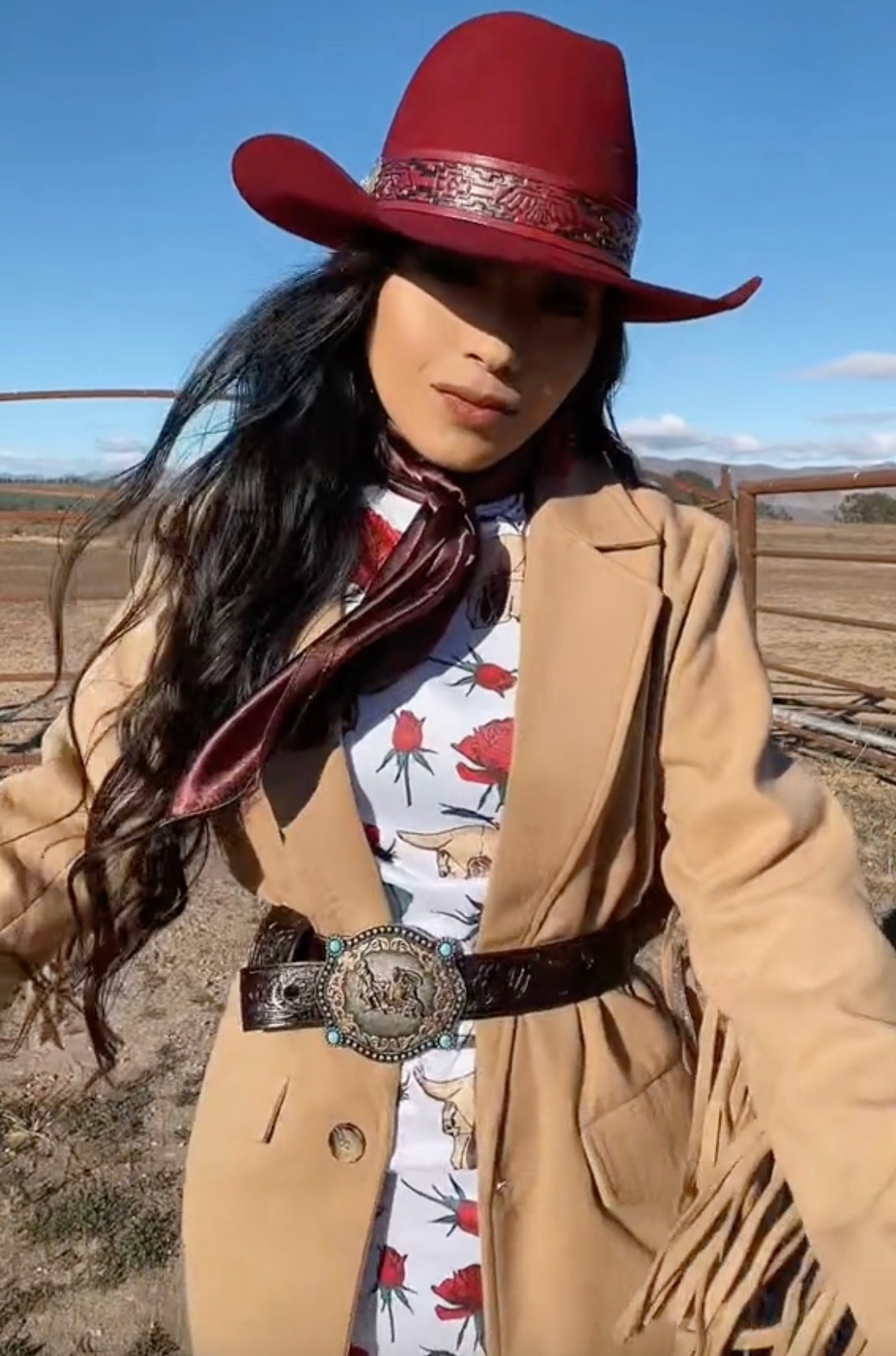 "I don't need the laws of man to tell me what I ought to do," she lip-synched.

Her followers were on board with the stylish look, and left enthusiastic comments to make it clear.

One person begged Fulgencio to reveal where she bought her coat, hoping to copy her style.

Another used a series of emojis to communicate their approval: a cowboy emoji, a "rock on" gesture, and the 100 percent symbol.