AN ALBINO woman has gone viral on TikTok thanks to her incredible violet-colored eyes – leaving fans comparing her to a “supernatural being."

Mackenzie Strong, 19, shares videos of herself on the app, where she has built up a following of 400,000 fans. 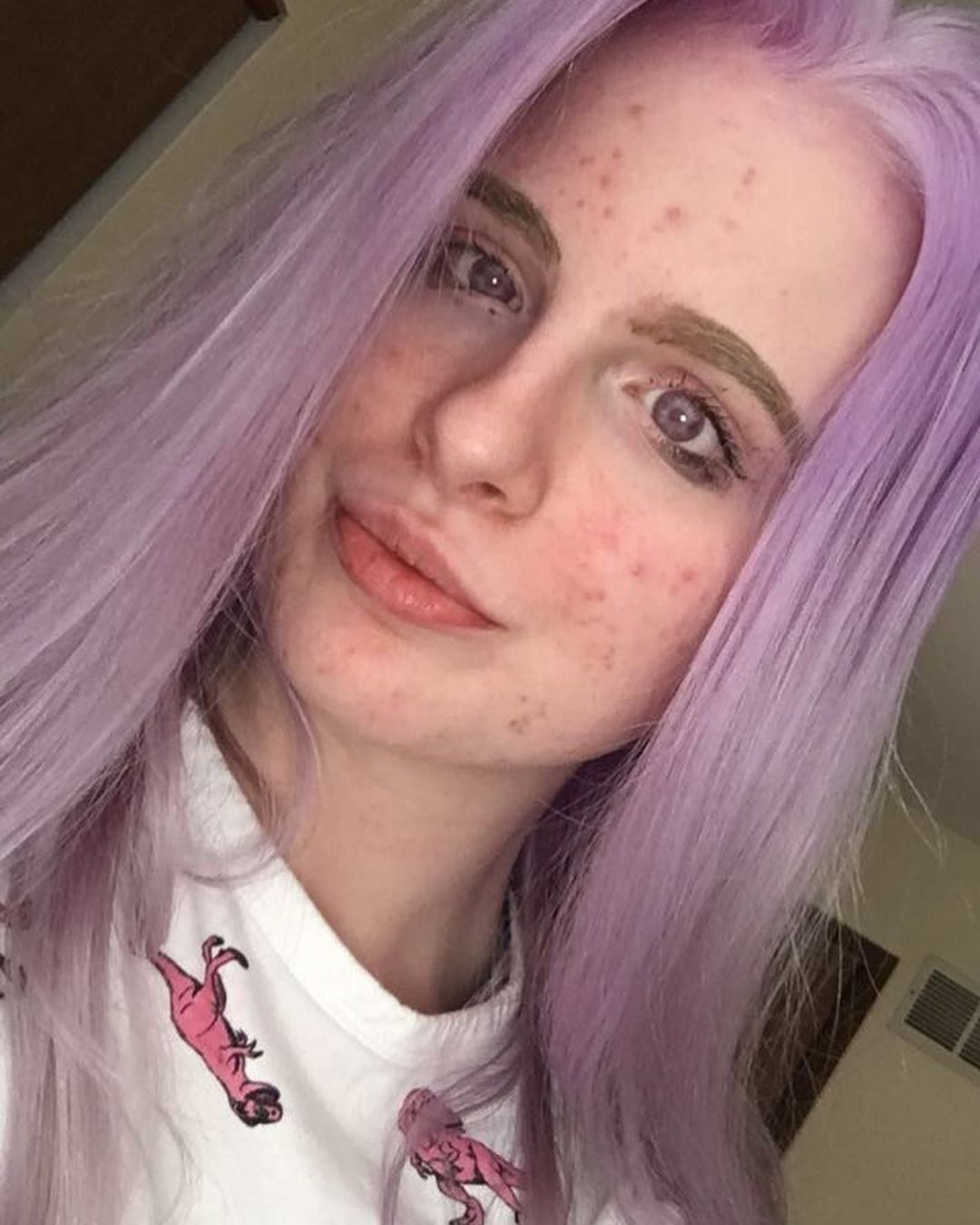 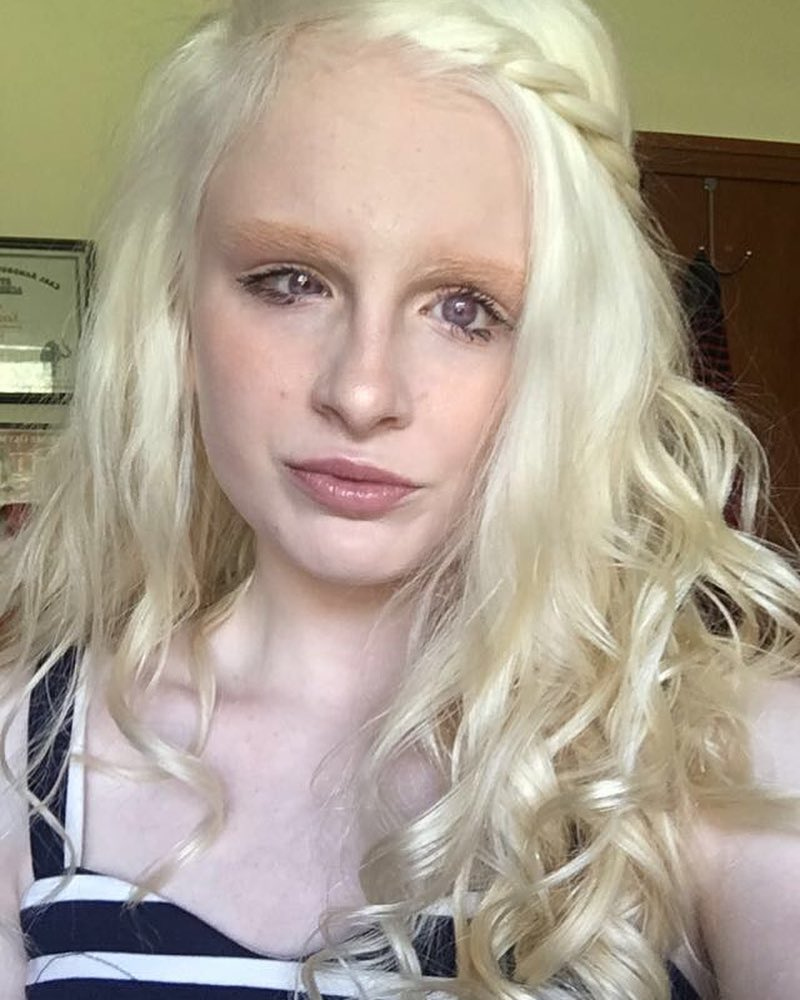 The student was born with oculocutaneous albinism type 1 A – a condition that affects the coloring of the skin, hair, and eyes.

For Mackenzie, this means having naturally white hair and violet-colored eyes, as well as poor vision.

The 19-year-old's unique features have led to internet fame after she started sharing videos of herself on TikTok.

The popular video racked up 1.8 million likes and was viewed 12.5 million times.

One person commented: “This is honestly so cool bro.”

“The definition is ‘I’m not like the other girls’ and I’m here for it,” said another user.

Someone else added: “You’re actually an angel bruh.” [sic]

“Ok but ur actually fabulous,” agreed another person. [sic]

“Violet eyes are very rare,” someone else said.

One user even compared Mackenzie to a “supernatural being”, while other people said she resembled a “real-life angel”.

“Ur literally unreal what,” one viewer added. [sic]

Albinism – which affects one in every 20,000 people – is hereditary, with both of Mackenzie’s parents carrying the gene, giving them a 25 percent chance of having a child with albinism.

“I made my first video in July of 2019 as a joke because all of my friends were making TikToks, and it got 2,000 likes,” Mackenzie told Jam Press.

“I was really shocked because I assumed only my friends would see it, and when I made two more, I got 30,000 likes on both.

“I again was even more blown away because I was just joking about my condition since that’s what I always do.

“I enjoy getting DMs from people who tell me I’ve made a difference in their lives, and I’ve gotten that a lot from people who have the same or similar conditions as me.”

Despite her condition affecting her vision – with Mackenzie registered as legally blind – the student is a college-level swimmer and hopes to make the 2024 Paralympic Games. 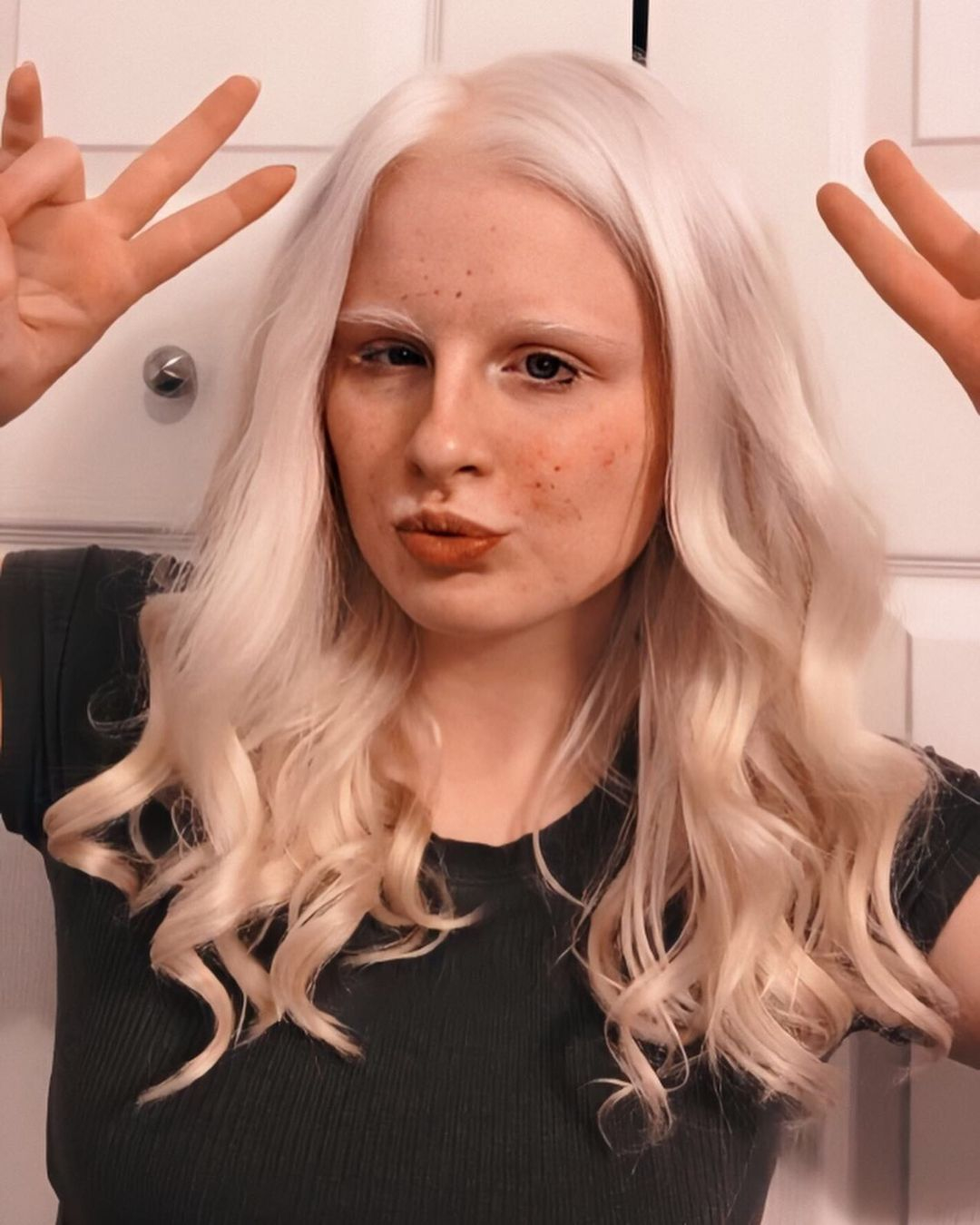 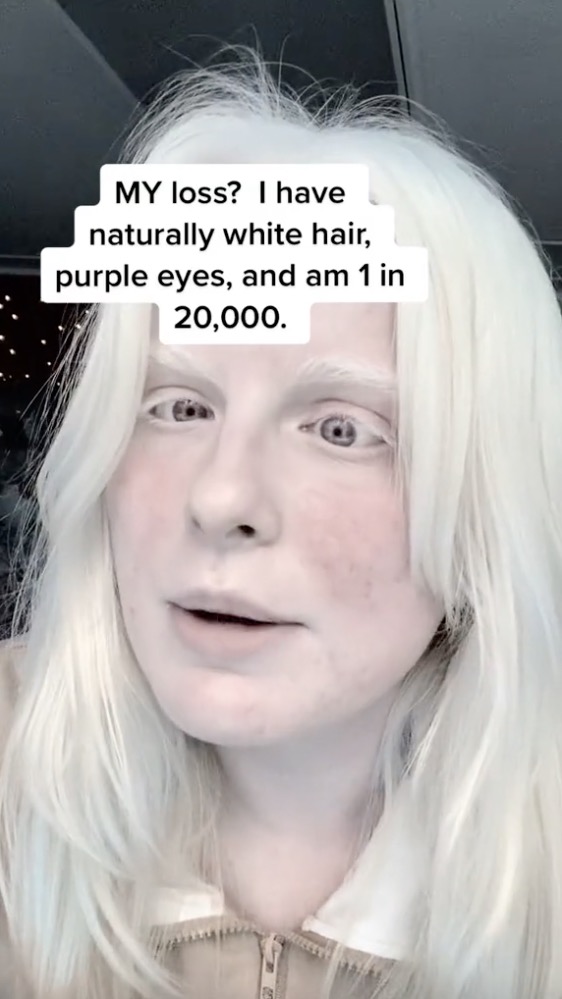 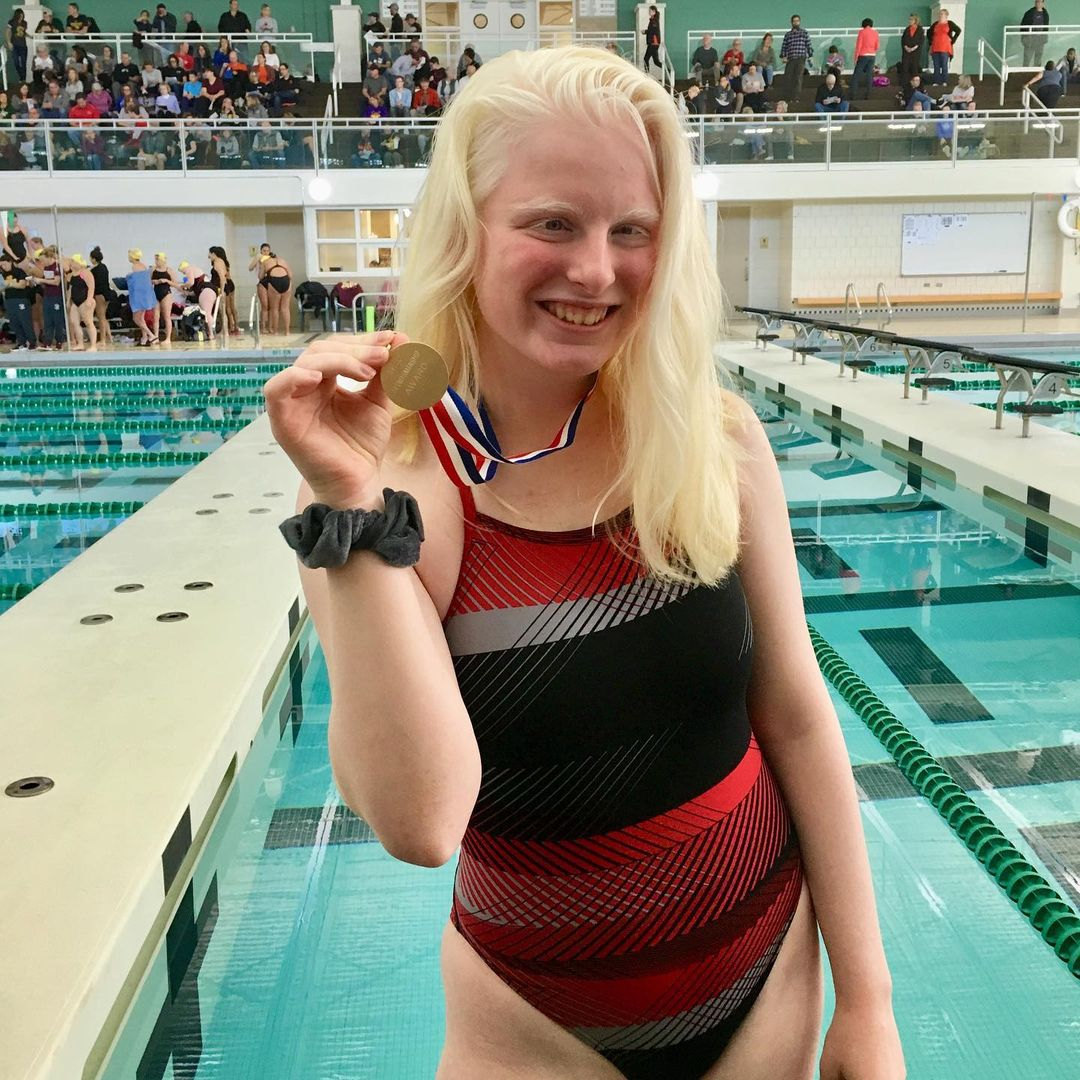