Marea Smith, 72, is a private investigator who lives in New South Wales, Australia.

She specialises in catching cheating spouses — including her own man — by hiding behind bins and disguising herself in wigs. 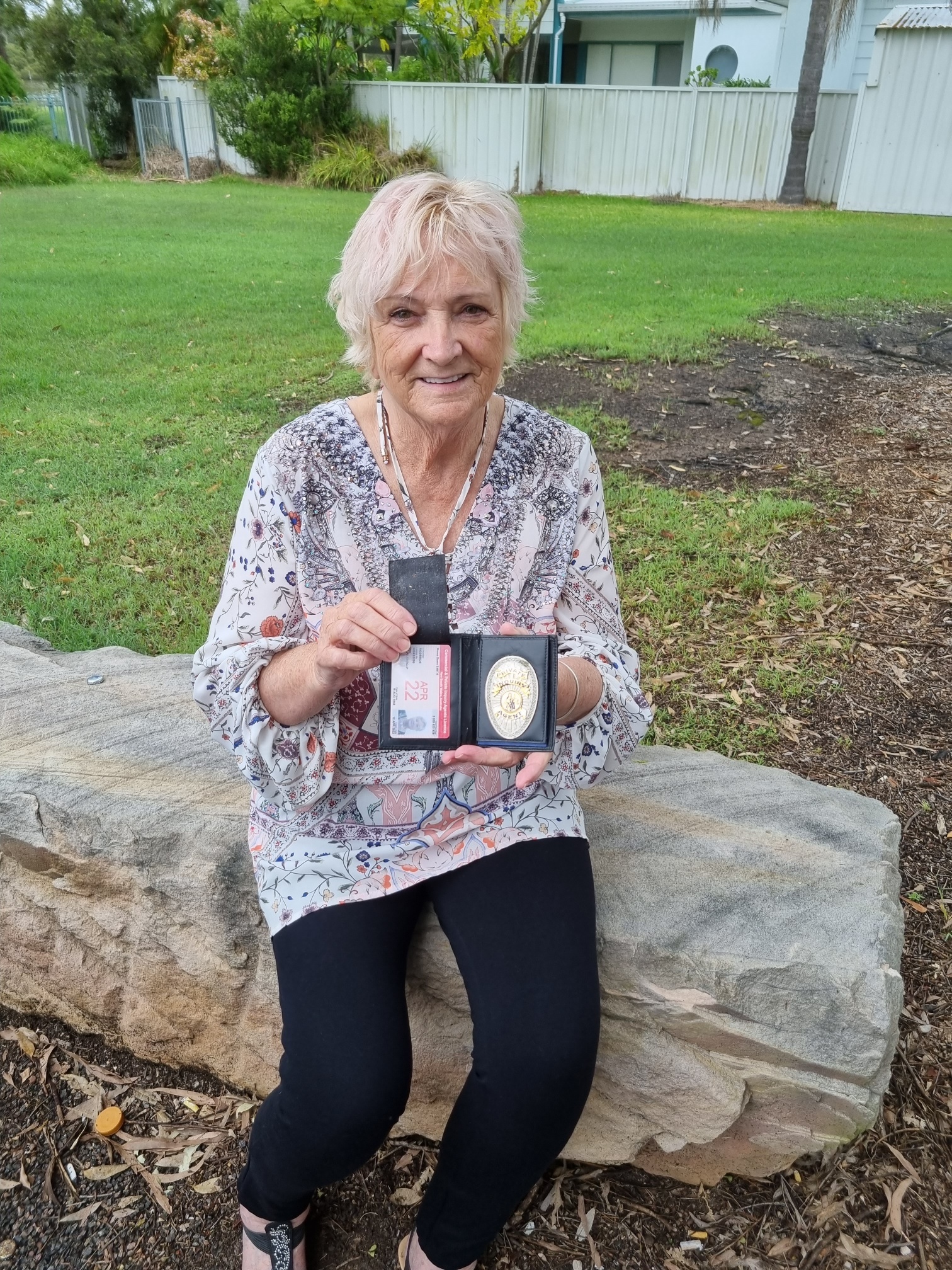 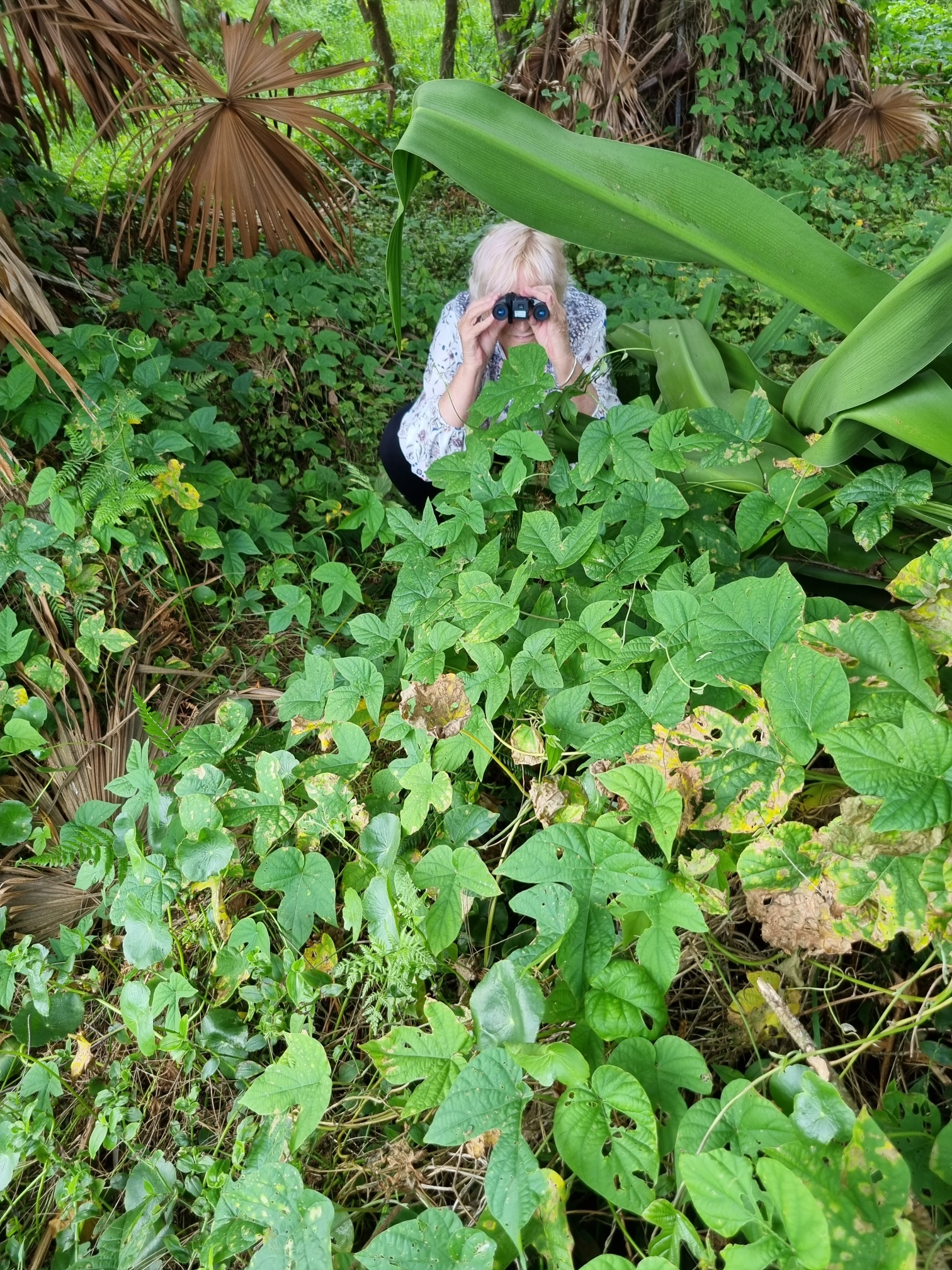 “Waiting outside the bank where my partner’s mistress worked, my heart was pounding.

As she walked out, I confronted her about her affair with Clive* and her smile disappeared. She denied it, but I wasn’t fooled — after all, exposing love rats is something I do for a living.

I’d wanted to be a private investigator since I was a child, but back then, it wasn’t something women did — it was a job only seen in movies or books.

After leaving school, I worked in accounting and secretarial roles, devouring Miss Marple novels in my spare time.

I need hip replacement but I’d rather be in a wheelchair, says Liam Gallagher

I’ve been married and divorced three times since 1972 and have three children, but it was after my last divorce that I decided to pursue my dream of becoming a detective.

After graduating in 1994, I set up my own detective agency, The Blondell Group, with my friend Catherine, quitting my job to do it full-time.

The following year, I met my partner Clive, a factory worker.

Meghan 'was hungry for luxury freebies even AFTER joining Royal Family' 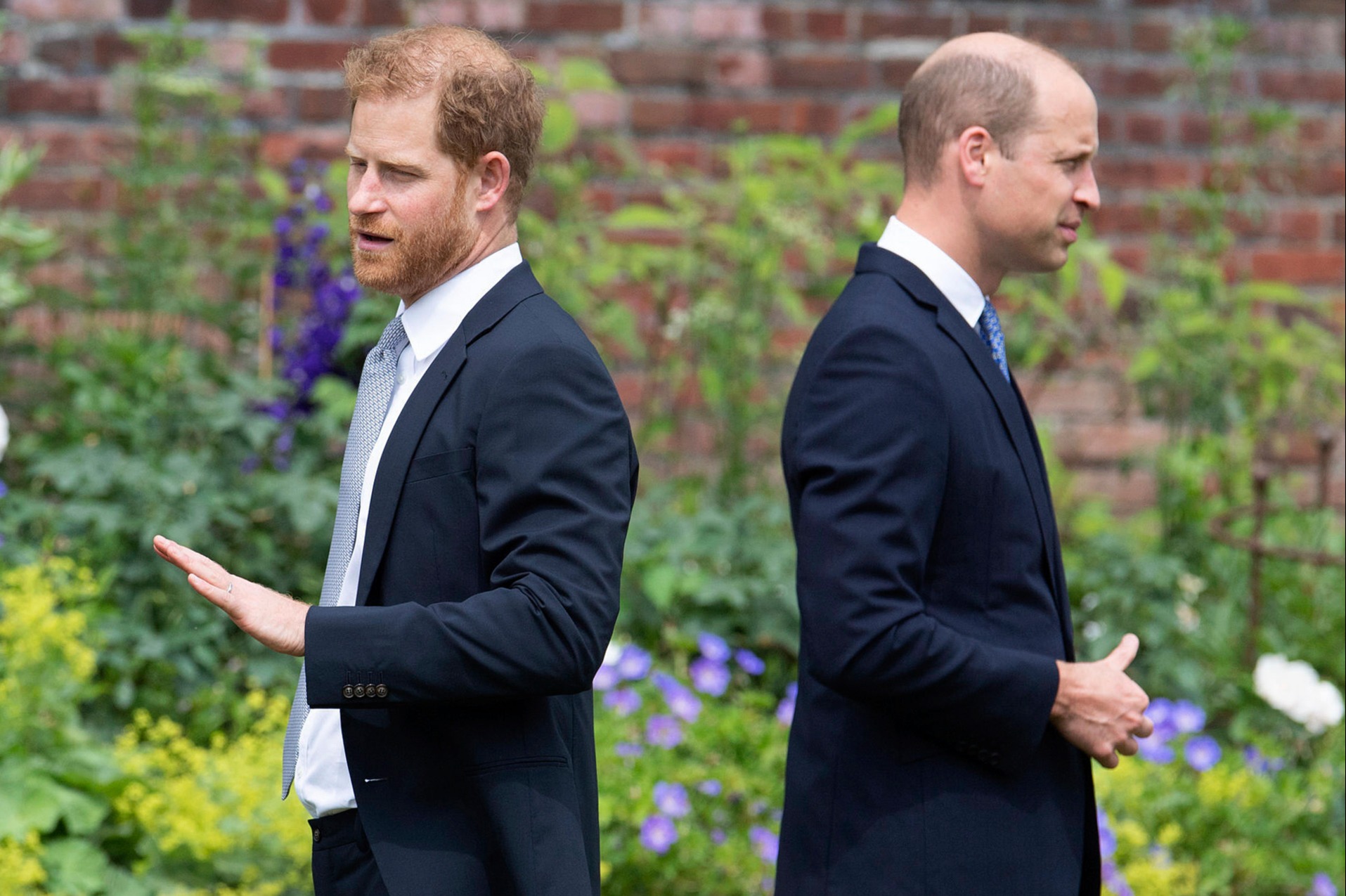 From day one I loved the job. It was everything I’d hoped for — exciting, fulfilling and never a dull moment.

One of my early cases, helping a young woman who’d been adopted track down her biological father, has always stuck with me.

She’d found her birth mother but been rejected, and knowing that I’d played a part in reuniting her with her other parent felt amazing.

Life was good, until in 2012 when Clive began taking more pride in his appearance and guarding his phone. I knew from my work these were signs of infidelity, so I decided to put my professional skills to use.

When I found love notes in his wallet like: ‘I’m not wearing any clothes…’ I knew I was right. I also used them to figure out where his mistress worked.

When I confronted her, I told her to end things with Clive, and then bided my time to see if my threats had worked.

Soon after that, he stopped hiding his phone and it no longer buzzed with messages.

Still, I trusted my investigator’s instinct and after searching the house, I found a second phone hidden under the mattress on our bed.

On it were messages between them, including one from her that read: ‘The old cow nearly made me lose my job today by coming to the bank.’

That night I ended my relationship with Clive and, soon after, moved 100 miles away to start over.

Life was good, until in 2012 when Clive began taking more pride in his appearance and guarding his phone. I knew from my work these were signs of infidelity, so I decided to put my professional skills to use.

I’d never imagined I’d have to investigate my own relationship. It was so hard, but I deserved better, and I’ve been single since then.

I’ve now been a PI for nearly 30 years and no two jobs are the same.

I’ve hidden behind smelly bins and slept on garage floors, and I’ve built up an impressive collection of wigs, glasses and hats for when I’m undercover.

No one suspects a granny doing her shopping to be on surveillance, so my age is definitely an advantage.

I’ve been hired to do everything from serving divorce papers to hunting down cheating spouses.

Once, a vandal had painted a swastika on the driveway of a monastery and poured sand into the oil tanks. Catherine and I staked out the property for days.

One night, we heard the hand-dryer go off in the bathroom and saw a man dash away. We followed him, called the police and they arrested him.

Only once, many years ago, was I physically harmed, when a businessman assaulted me in his office, where I had visited to serve him with legal documents. I called the police and he was arrested.

My five grandkids and one great-grandchild think it’s hilarious when they see me wearing a wig, heading out with a camera hidden in my handbag.

My job may be unconventional for a woman my age, but I thrive on the thrill of the hunt and the satisfaction that comes with solving a tricky case.

I definitely have no plans to stop sleuthing any time soon.”

It’s estimated there are over 10,000 private investigators working in the UK today.

In the US, there’s been an 86% rise in female private investigators over the past decade.** 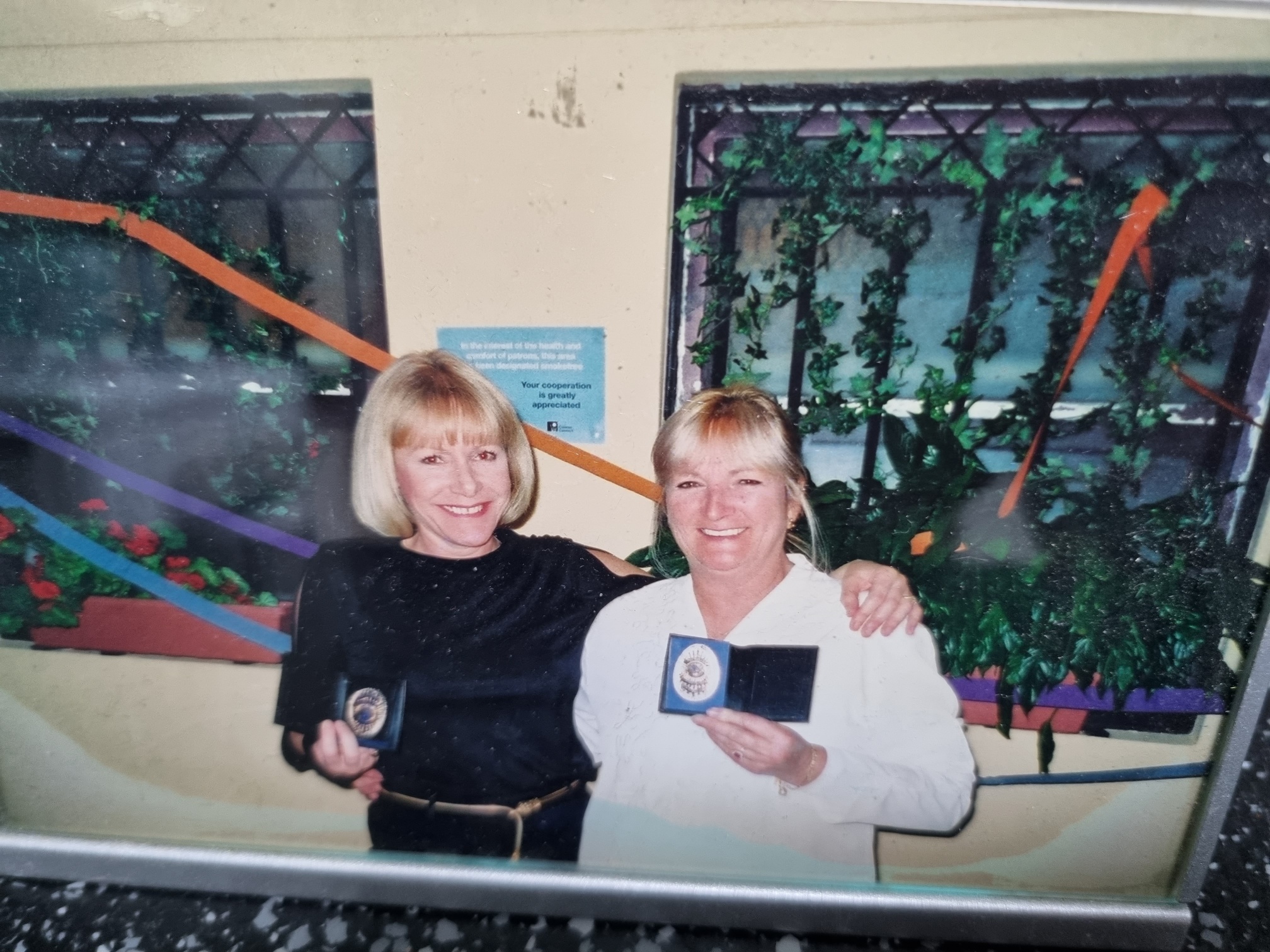 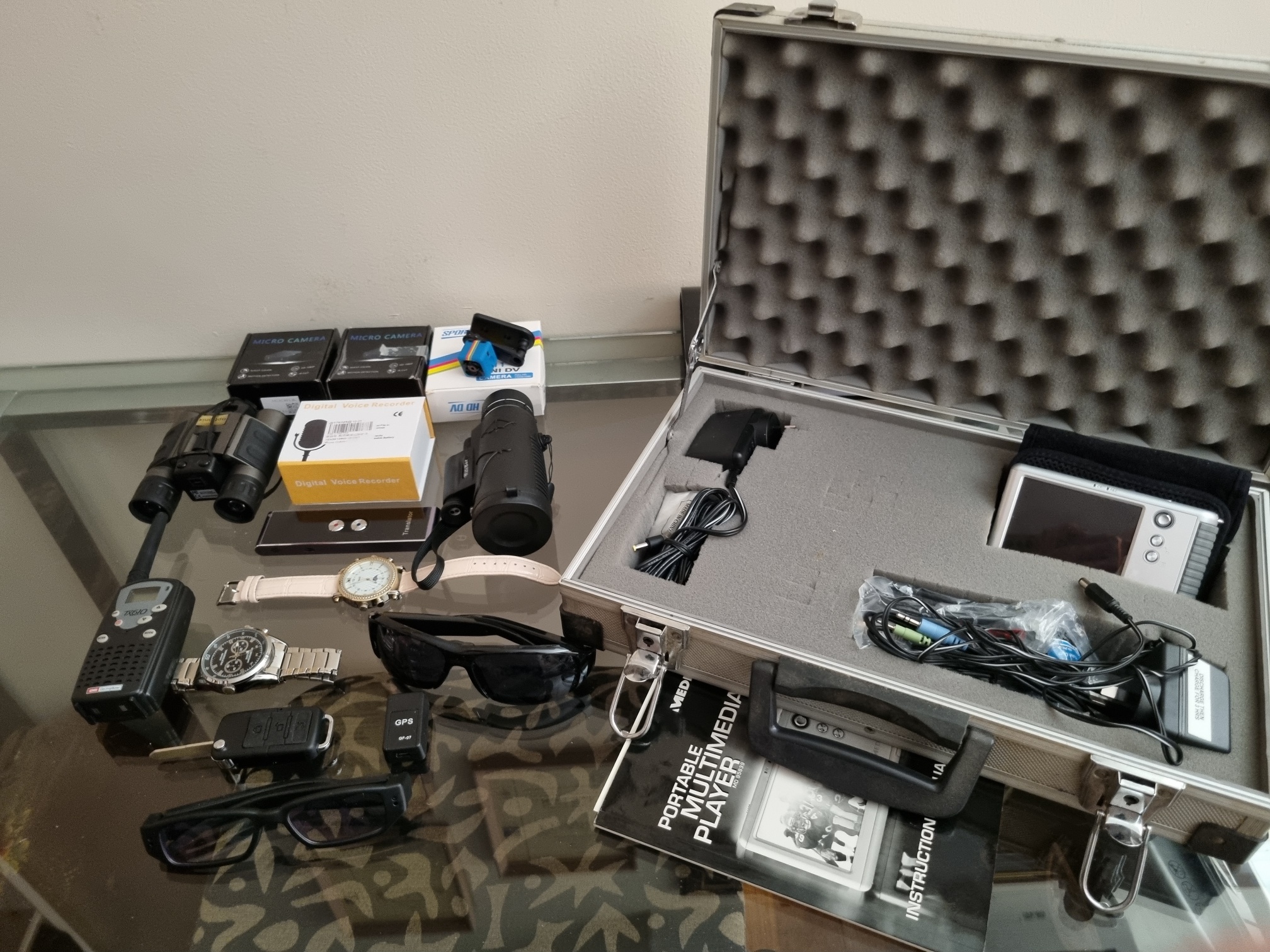