TWO friends whose sizes ranged from a 6 to a 16, have revealed what happened after they tried on the same outfits – and one of the pair found them all distasteful. 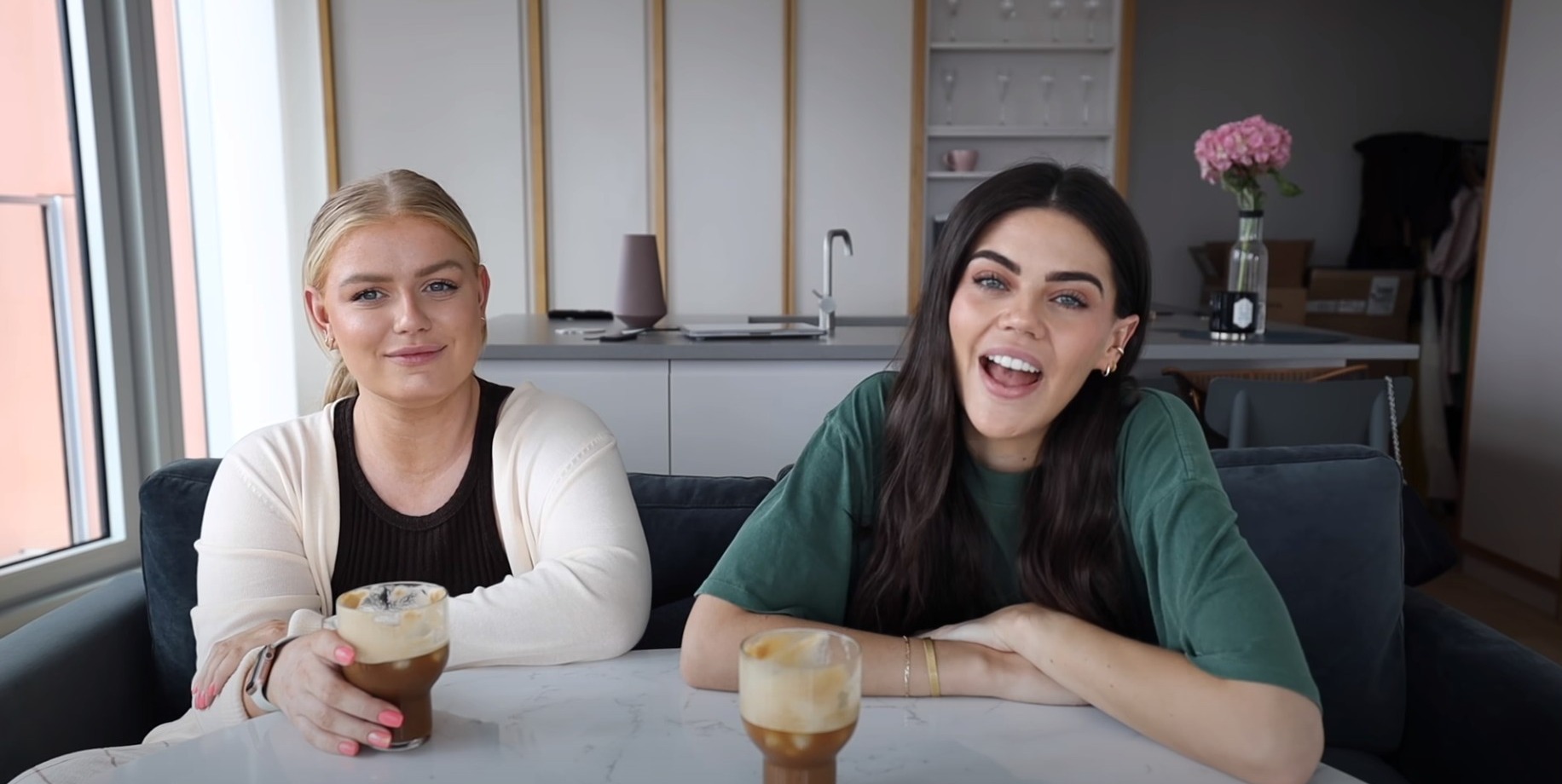 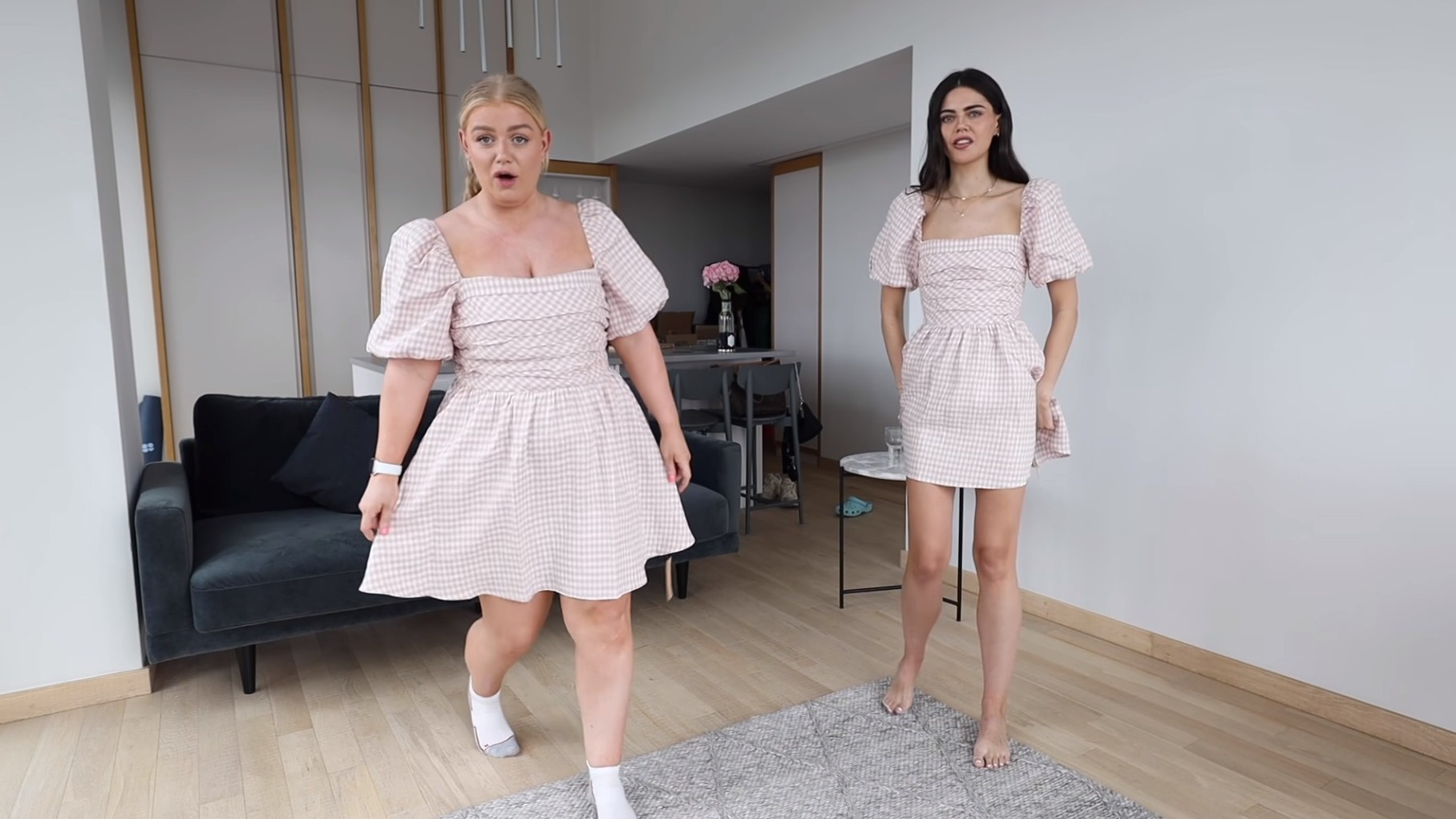 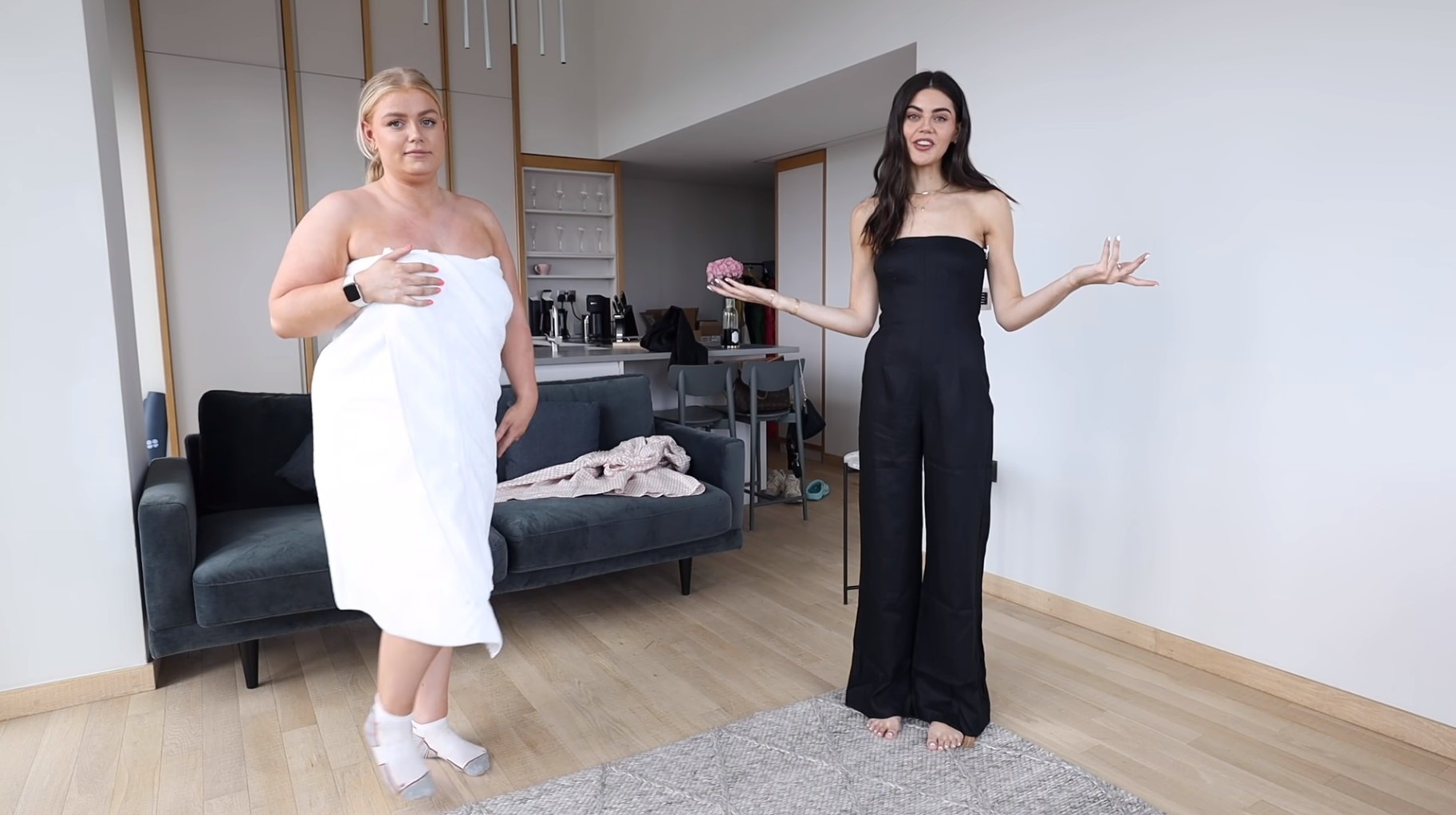 “We’re going to try on the same outfits, on our different bodies and they’re all my style. I’m so excited to dress you up in my totally varied style," Emily gushed at the start of the video.

But Lucy appeared less than enthusiastic from the beginning.

She responded: “I’m not dreading it, but I’m totally unsure as to how some of these things will look on me.”

The first outfit was the Zula Linen Dress ($74) from the brand Reformation.

At first glance, Lucy had doubts about the unshapely neckline as she would typically go for a v-cut.

"It’s not like oh my goodness, that’s terrible. It’s the neckline I’m not sure about," she said.

Once the pair changed into the dress, they stood back to back and revealed their looks to one another after Emily's countdown.

Emily shrieked with adoration upon first look at her friend.

Grimacing, Lucy admitted she hated it. "I couldn't hate it more if I tried."

Lucy's main concern was that the dress was too big and didn't support her breasts.

However, the dress fit Emily perfectly.

"It looks gorgeous on you," Lucy told her.

The second outfit was the Jude Linen Jumpsuit ($74) from Reformation.

Before trying it on, both women took a liking to the black strapless jumpsuit.

Upon the big reveal, only one of the two had the jumpsuit on.

Lucy had a white towel wrapped around her because the jumpsuit didn't fit.

Although Emily had the outfit on, she didn't think too highly of it either.

"I don't feel great in it. I feel like it's a bit shapeless," she said.

The next outfit was the Linda Linen Dress ($218) from Reformation.

Initially, Lucy was fond of the color but she had doubts about the length of the dress.

Emily thought the dress looked amazing on her friend, but Lucy found it to be much too fitting.

"I feel like I can see the rice I just ate," she said.

The next outfit was an oversized white t-shirt from Dickies, a pair of biker shorts, and black low-top Converses.

Both women thought the outfit was comfortable but not very flattering.

A long blush pink dress from the brand Asos came next.

Upon first look, the pair agreed that the color and style of the dress were cute.

However, they expressed concern about the string tie at the front of the dress as Lucy has larger breasts.

Lucy said she typically goes for clothing that is stretchy around her bust. But this dress, she said, definitely wasn't.

"It's quite flattering. It just isn't secure," she said.

The two loved how the flowy sleeves looked on Emily.

The last outfit was the Catarina Dress ($65) from Reformation.

It was short and green with thin straps.

She was very vocal about her opinion on this dress.

"I'm going to look like an olive," she stated.

Once she had it on, she didn't find it appealing.

"You know what I think the color looks like? A school uniform." 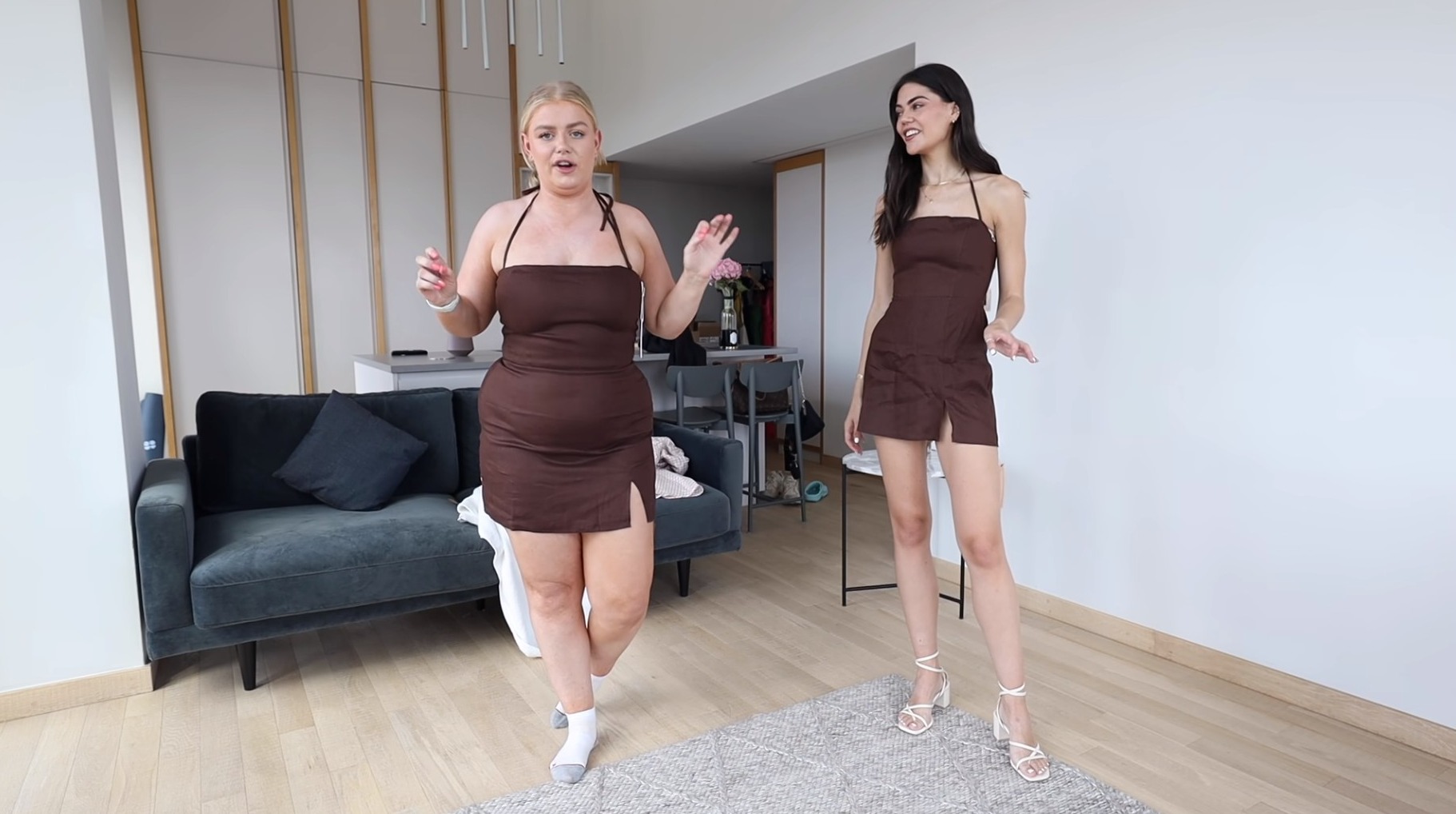 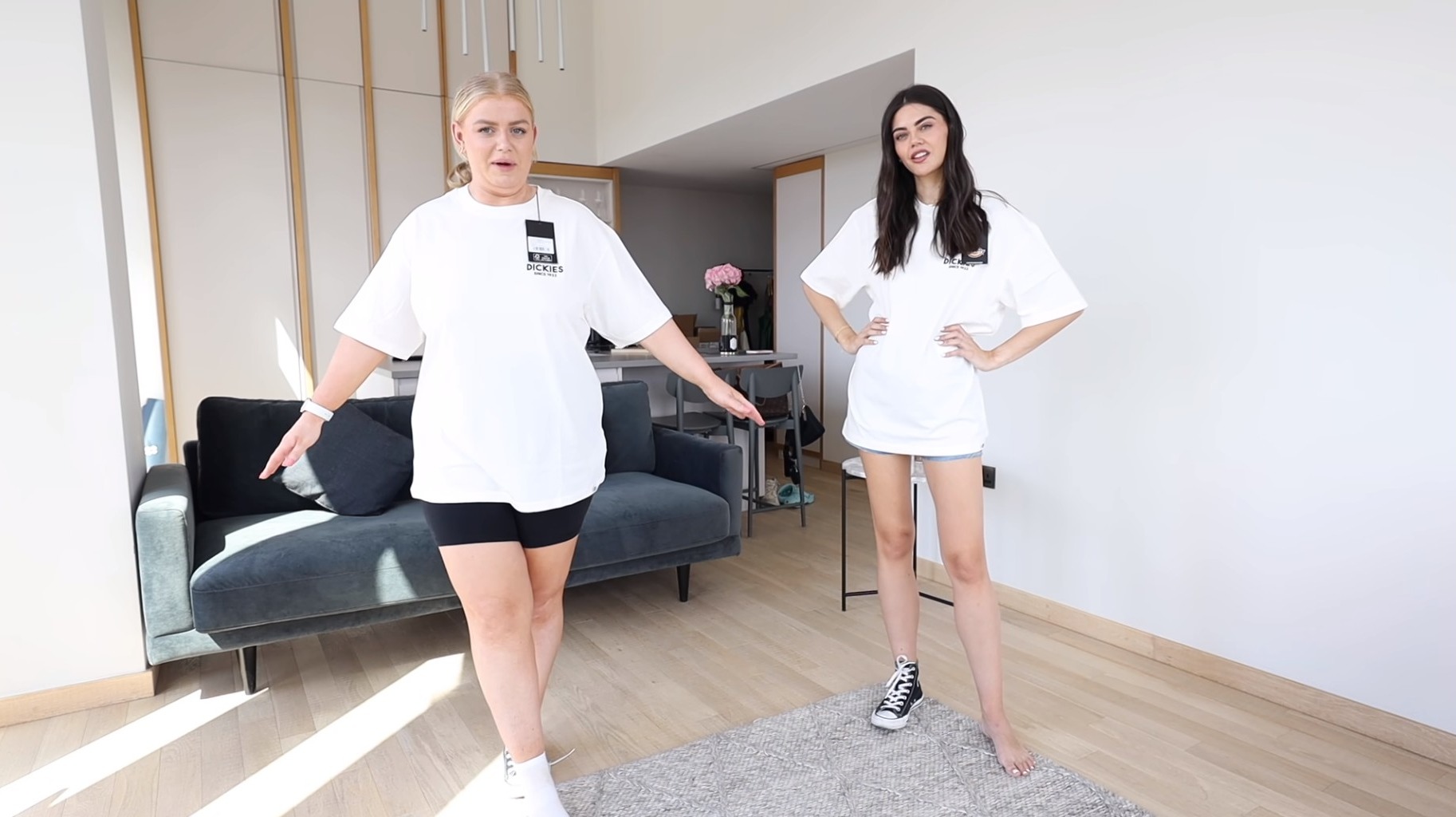 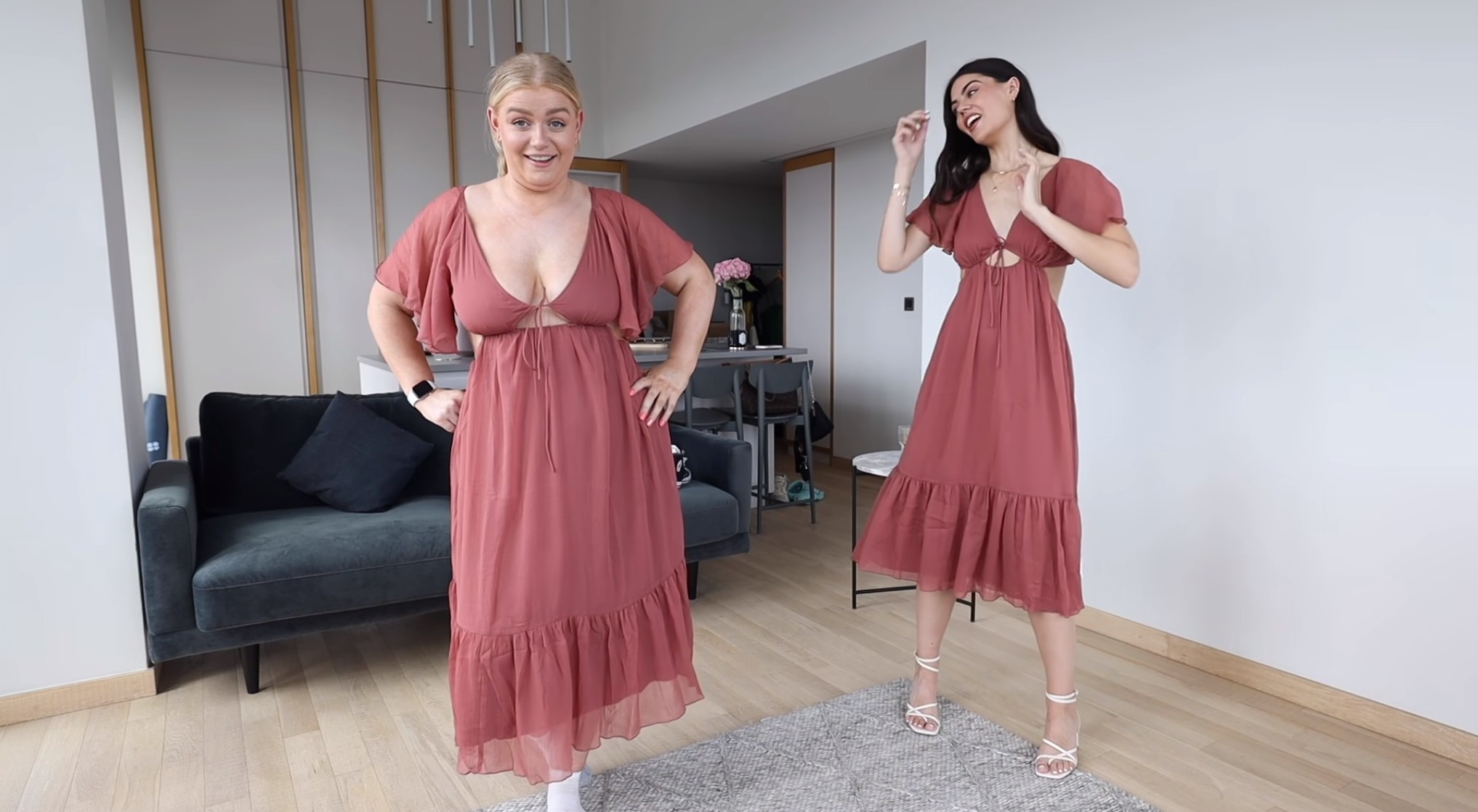 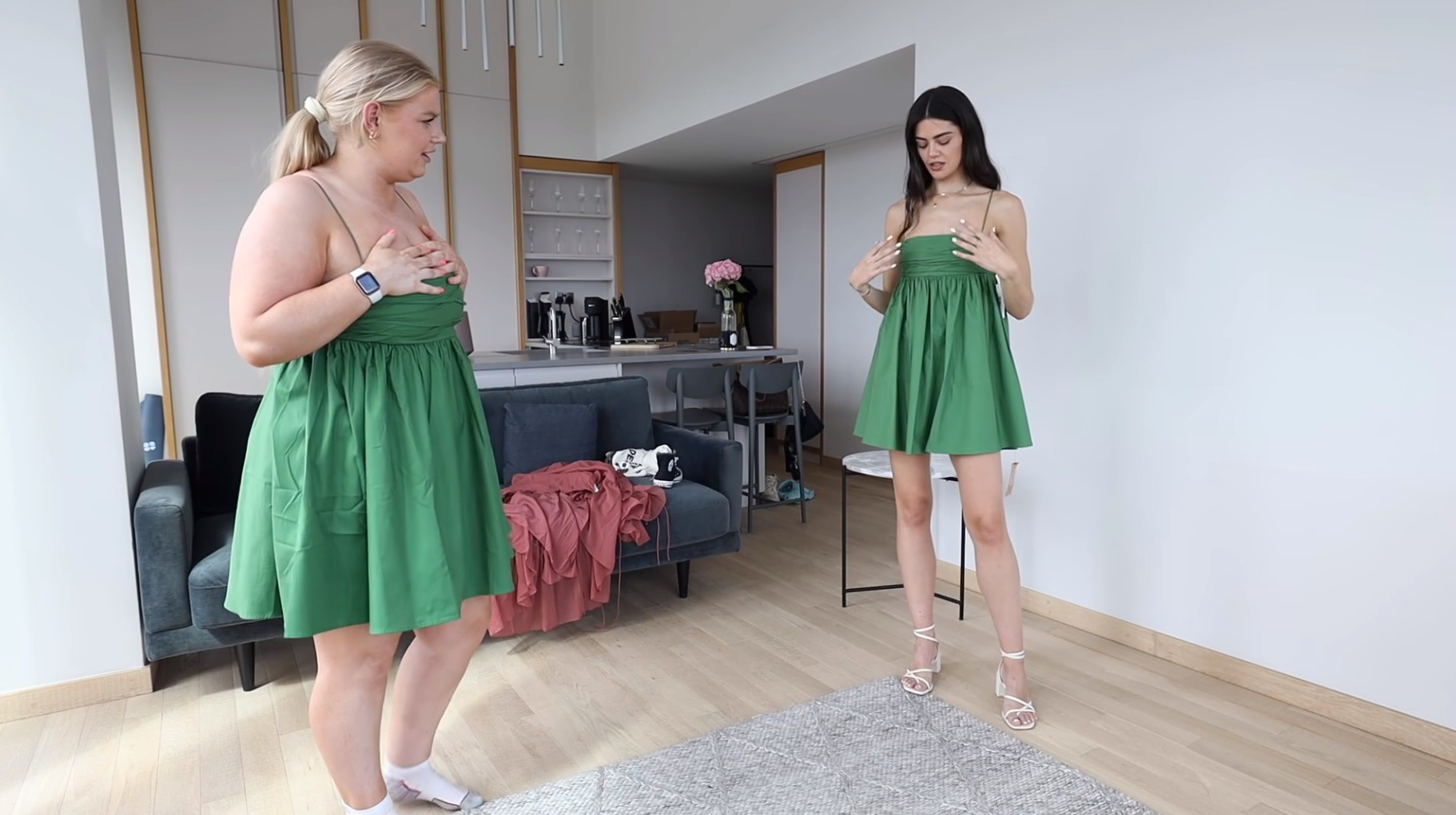