KATE Middleton beamed in red as she met students during a science lesson about the importance of early childhood development.

The Duchess of Cambridge was pictured chatting and smiling with pupils as she visited Nower Hill High School in Harrow, North London, this morning. 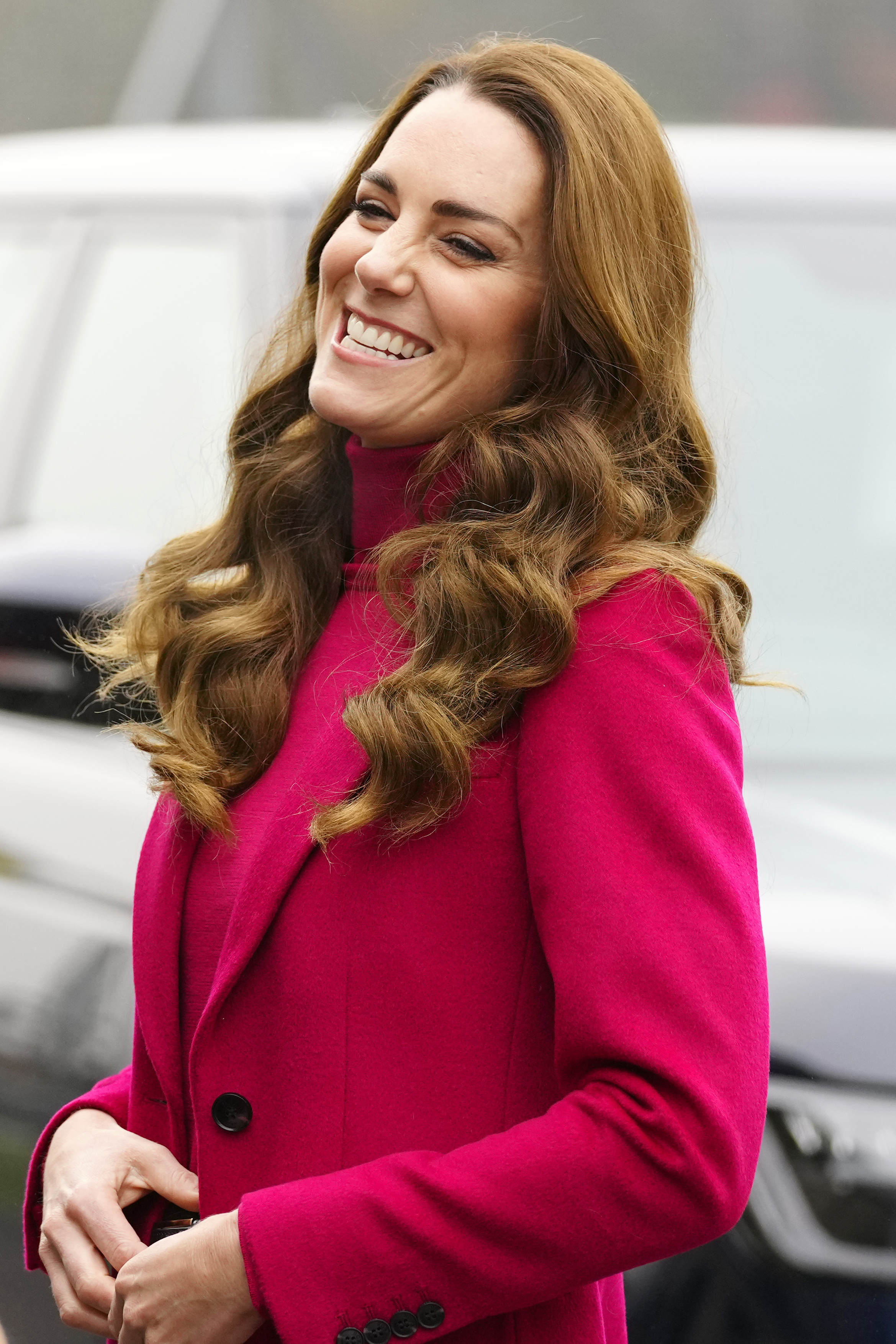 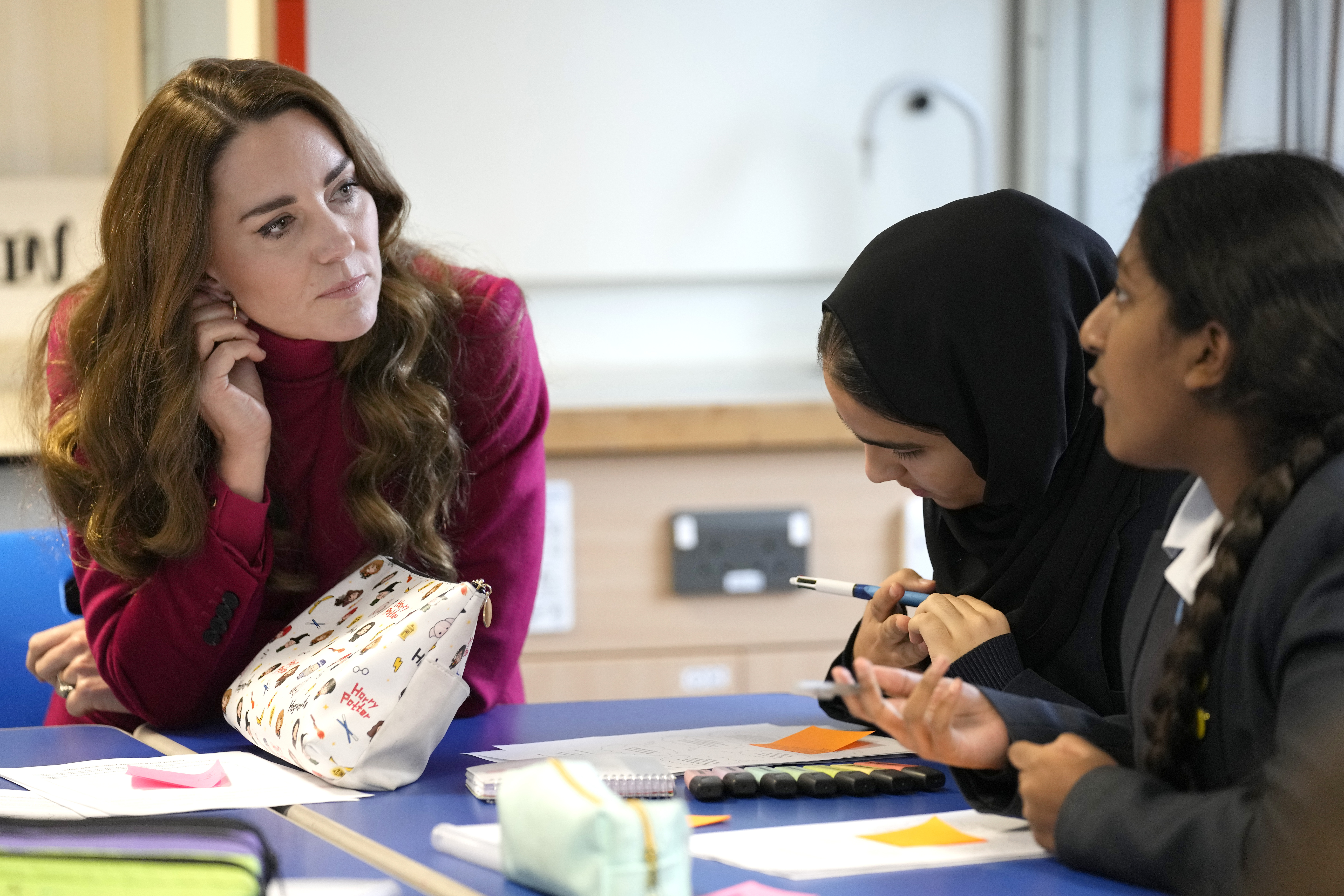 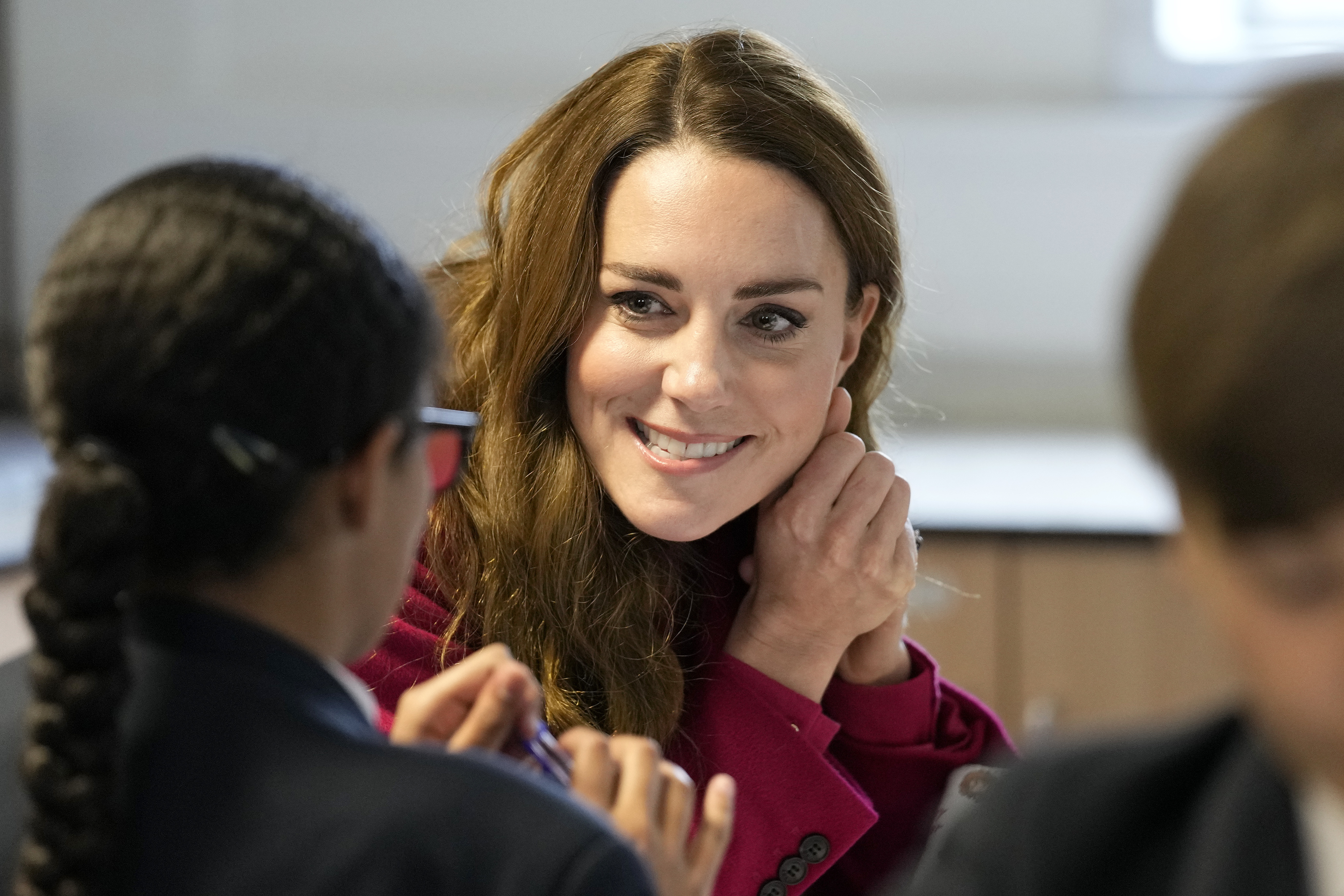 Kate – wearing a stunning red coat, smart trousers, and heels- sat in on a lesson as kids were taught about neuroscience.

The Duchess, 39, asked children if they "found this lesson really interesting" as she sat at a desk with a small group of students.

At the end of her visit, Kate told the pupils that the importance of early childhood development is a "real passion" of hers.

"Really well done. I completely found it interesting," she said as she stood at the front of the classroom.

"It's a real passion of mine learning about baby's brain, about how our adult brains develop and how our early childhood influences the adults we become.

"So keep thinking about it, keep chatting about it with your friends and well done. Super impressed."

In the last decade, Kate has spent time looking into early childhood development and its influence on a person's long-term health.

Last week, the Duchess looked radiant in a green dress as she and Prince William met guests at the Royal Variety Performance.

It was the fourth time the Cambridges have attended the annual event in London.

The dress Kate wore for the occasion on November 18 is a recycled green gown by Jenny Packham.

Meanwhile, Kate and Prince William have banned the BBC from screening their Christmas carol concert amid fury over a royal documentary.

Instead the charity fundraiser, hosted by the Duchess at Westminster Abbey, will be shown on ITV.

The Sun understands the Westminster Abbey showpiece will be hosted by the Duchess, with Wills expected to be watching proudly from the audience.

But the couple decided to shun the BBC after it pressed ahead with a two-part documentary claiming Wills had briefed against brother Harry and his wife Meghan.

Wills did not see Monday night’s first part as he was giving out the environmental Tusk Awards at London’s South Bank.

Last night a TV source said of the royal snub to the Beeb: “This is a real coup for ITV. It is a brand new format — the royals have never hosted a televised TV concert before. And to have the Duchess leading on it is a big deal.

“Naturally most royal programming goes automatically to the BBC as the national broadcaster. Now it looks like they will work more with ITV in the future.”

The source added: “ITV were very surprised but delighted to get the late call offering them this incredible exclusive. It will be a fantastic Christmas carol concert that will be TV gold for viewers at home.

“It was all arranged to be on BBC1 but it was switched in the last few days because of the terrible row over the documentary.

“And things are likely to get a lot worse between the Royal Family and the BBC before they get better as the second part of the documentary threatens to go further.”

The Royal Family had already warned BBC chiefs they could report them to Ofcom over anti-Monarchist Amol Rajan’s documentary The Princes and the Press.

The Queen, Prince Charles and Camilla, and William and Kate issued a robust joint statement after the first part of the BBC2 programme blasting bosses for airing “overblown and unfounded claims” by contributors.

There was also Palace anger that Meghan arranged for her lawyer to appear and answer questions on her behalf.

She was the only Royal Family member to take part — raising the possibility the BBC told her what was going to be in the documentary while leaving the rest of the royals in the dark.