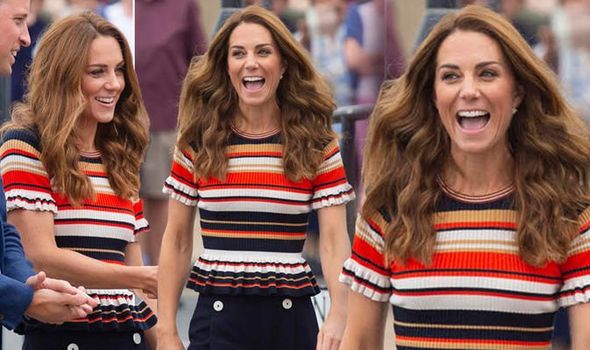 Kate Middleton was spotted wearing a stripy knitted t-shirt as she arrived at The Royal Yacht Squadron with Prince William. The royal kept the look formal by matching this with a pair of high-waisted navy tailored trousers from L.K Bennet, which cost £150. She wore a stylish look but it was her new hairstyle which caught attention as she showed she is going lighter for summer with new highlights. Some royal enthusiasts could be hoping for another royal baby but Kate might have given the biggest clue this will not be happening with her new do.

When pregnant, some women choose to ditch the hair dye in the early stages of the pregnancy to avoid causing harm to the child.

The NHS said: “Many women decide to wait to dye their hair until after the first 12 weeks of pregnancy, when the risk of chemical substances harming the baby is much lower.”

Today, she revealed her new copper highlights which is something she probably wouldn’t have got if she was trying for her fourth child.

Her freshly cut hair was styled into a side pattern and wore it down with a natural looking curl.

As she stepped out with Prince William, she wore a colourful knitted t-shirt from which had brown, navy, white and red stripes across it. 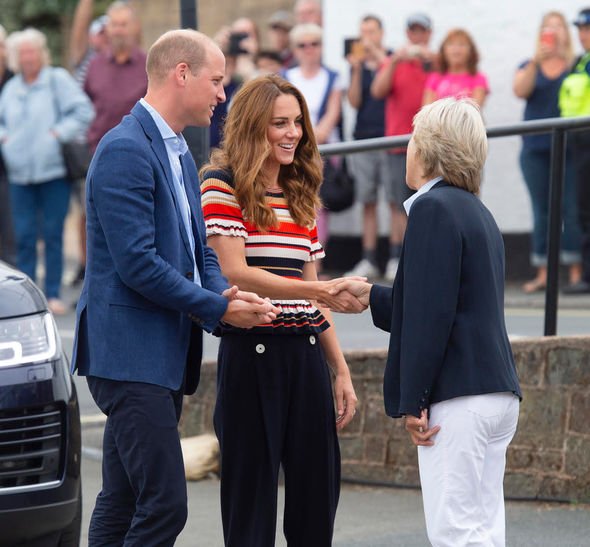 The top, from Sandro, £135, had frilly sleeves and a frilly peplum detail at the bottom which accentuated her tiny waist.

Kate dressed this up with a pair of navy tailored wide leg trousers which had a large white button on each side.

She opted for comfy shoes with a pair of high-street Superga classic white trainers, which are on sale for £55.

The royal wore a pair of small heart earrings by Kiki McDonough.

At the event, the Duke and Duchess will go head-to-head in a sailing regatta at the event in the Isle of Wight. 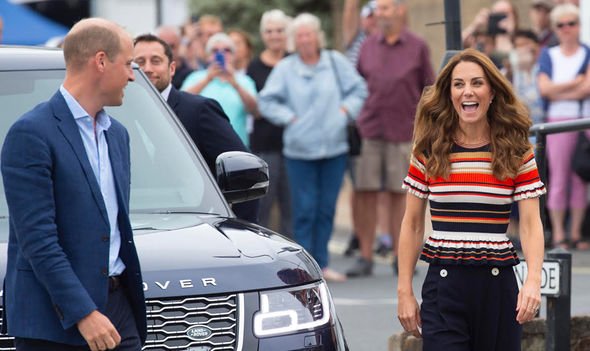 The boats taking part are to represent one of Kate and William’s eight charities and the winning team will be awarded The King’s Cup.

The Duke and Duchess of Cambridge recently wore matching outfits as they attended Wimbledon last month.

William wore a grey blazer with a shirt and tie in the same colour as Kate’s dress.

One stylist revealed how the couple’s matching outfits suggested the Duke and Duchess are in tune with each other.