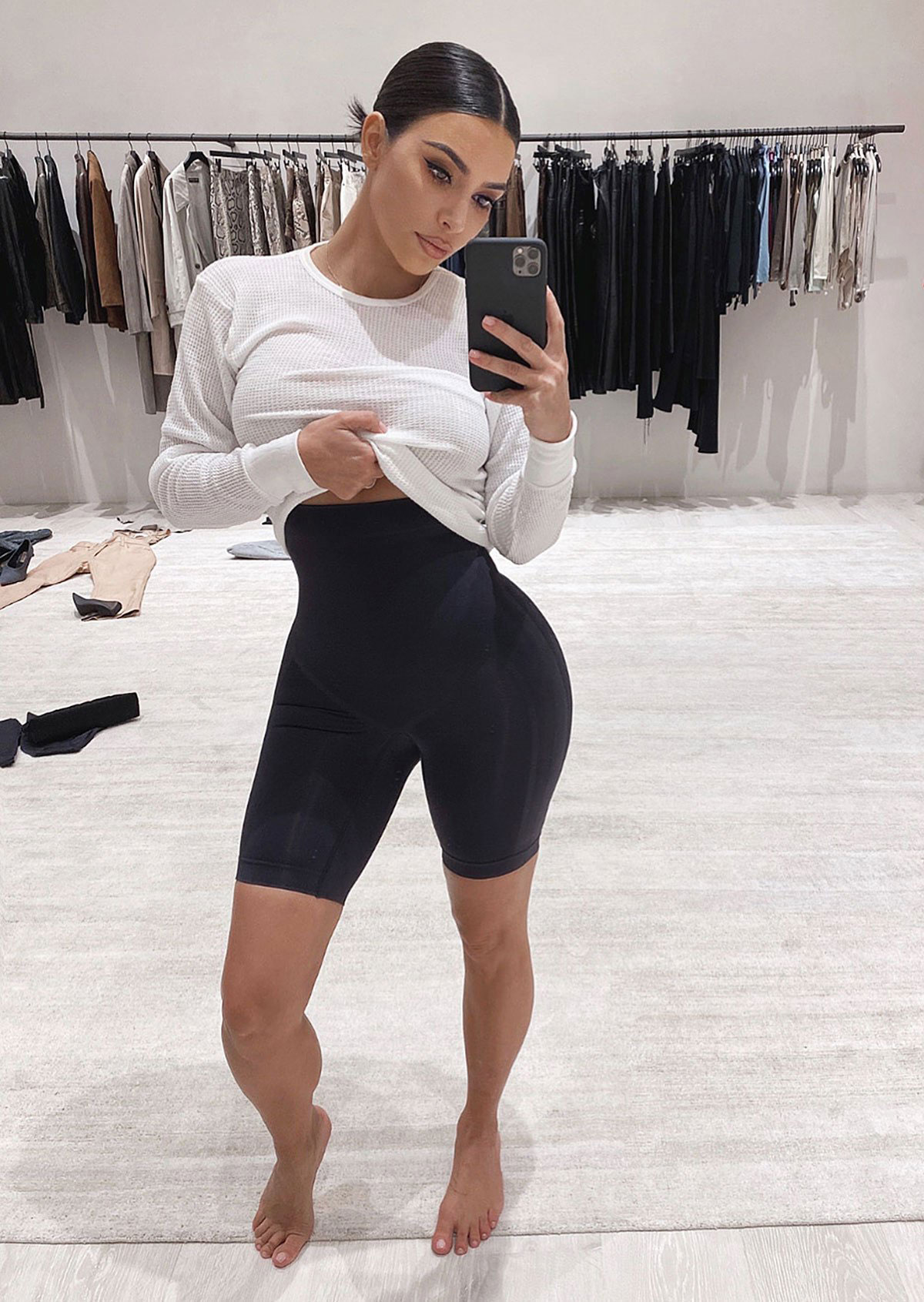 Skims takes Tokyo! Kim Kardashian announced on Monday, June 28, that her clothing brand, Skims, is the official loungewear for Team USA at the Tokyo Olympics.

“I am honored to announce that @SKIMS is designing the official team USA undergarments, pajamas and lounge wear for the athletes this year in Tokyo and the same pieces will be available in a capsule collection at SKIMS.COM,” the 40-year-old reality star captioned her tweet.

From tank tops emblazoned with “TEAM USA” and sports bras with the American flag and Olympics logo to Cotton Rib Boxers, the collection looks just as comfortable and cozy as it does chic.

And it’s safe to say that this capsule collection holds a special significance for Kim, as her step-father, Caitlyn Jenner, won the 1976 decathlon event at the Summer Olympics in Montreal.

“Ever since I was 10 years old, I’ve heard every single detail about the Olympics from my stepdad. As I would watch the athletes compete, I would grow to understand the dedication and honor being a part of the Olympics embodied. I traveled w my stepdad and family to all different cities for the Olympic trials, the Olympics and track meets of @caitlynjenner’s and at every stop I would buy an Olympic t-shirt as a souvenir,” she wrote via Instagram.

So, when she received a call inviting Skims, which first launched in 2018, to be a part of the Olympics magic, it was a bit of a “full circle” moment.

As “honored” as the KKW Beauty founder is to be designing official merch, her friends are equally as hyped up about this amazing capsule.

Jenner even shared her excitement. She chimed in: “Wow! Full circle! Amazing! So so proud. Love you. Congratulations!!!”

Over on Twitter, fans were quick to express how impressive of an accomplishment this latest line is for the mom of four.

“Wow Kim!!!! This is huge. You’ve achieved so many things but this is Major!! It’s just wow. You should be so proud such a massive achievement for young your skims company. So happy for you,” a user wrote.

Another added: “This is LEGENDARY!!! they couldn’t have chosen a better brand.”