A MAKE-UP fan proudly showed off her enormous stash of beauty products – but people warned half of it would need to be binned.

The woman took to Facebook to share the horde of products she’s collected, as she asked for advice over how to properly sort through it all. 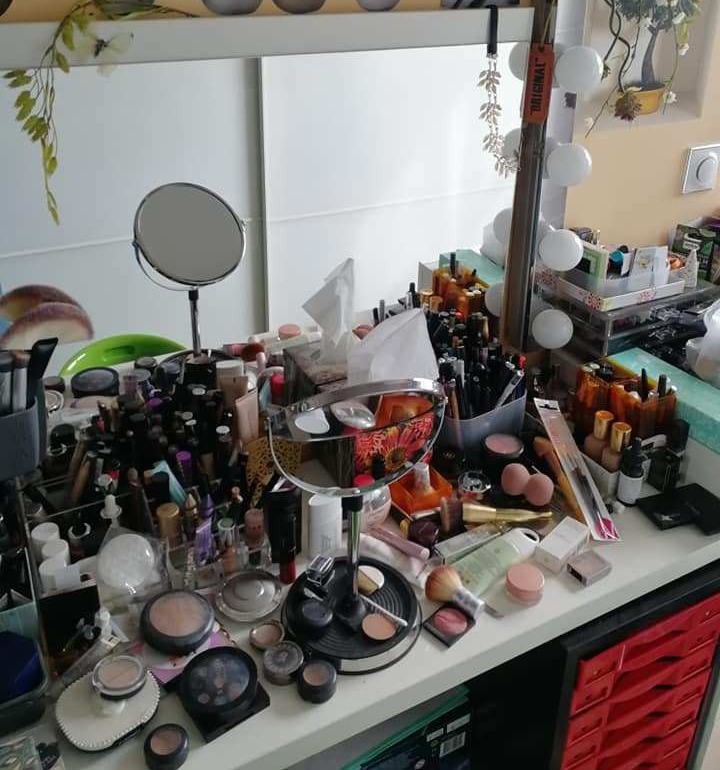 She admitted she has ‘gazillions’ of cosmetics and is a ‘make-up junkie’, but rather than offer advice over how to organise it people informed her most of the collection should be chucked.

The woman uploaded snaps of her stash to Facebook group Tips to organize & declutter home and life, saying: “I have gazillions of cosmetic and creams (yepp, I'm makeup junkie).

“I'm trying to organize it all, but it overflowing me. Anybody have advice?

“Maybe you can show, how do you organize your make up corner?” 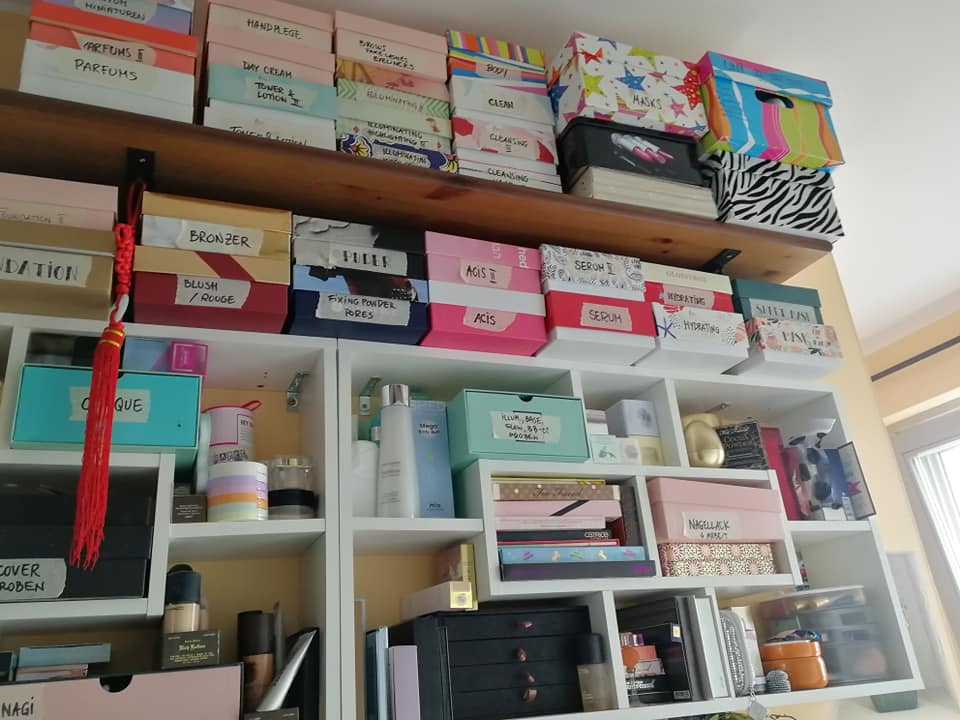 More than 100 people commented on the post, claiming she won’t be able to use the products before they expire.

They warned her against using old make-up which has gone past its sell-by date, especially eye products.

One person said: “This looks like a case of 'far too much money' which is sadly being wasted.”

Another wrote: “I have never ever seen this much makeup! It cannot be good for your skin by the time you are getting to it. Chemicals, minerals it all breaks down over time. Im sorry to say you need to toss a lot of that!” 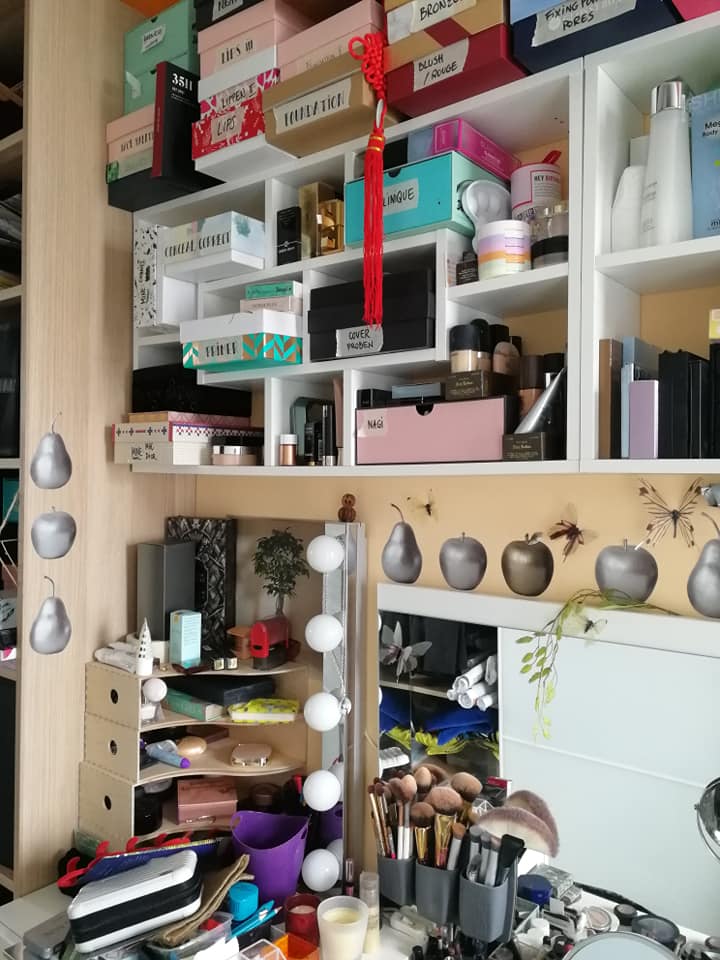 A third pleaded: “Please stop buying so much makeup. As others have already mentioned…

“Makeup breaks down over time. Go through it and get rid of anything that is old.”

Agreeing, someone else commented: “Make up has an expiry date. Throw out anything that has expired. It's toxic to your skin to wear expired makeup and also makeup collects a lot of bacteria so should be replaced regularly.” 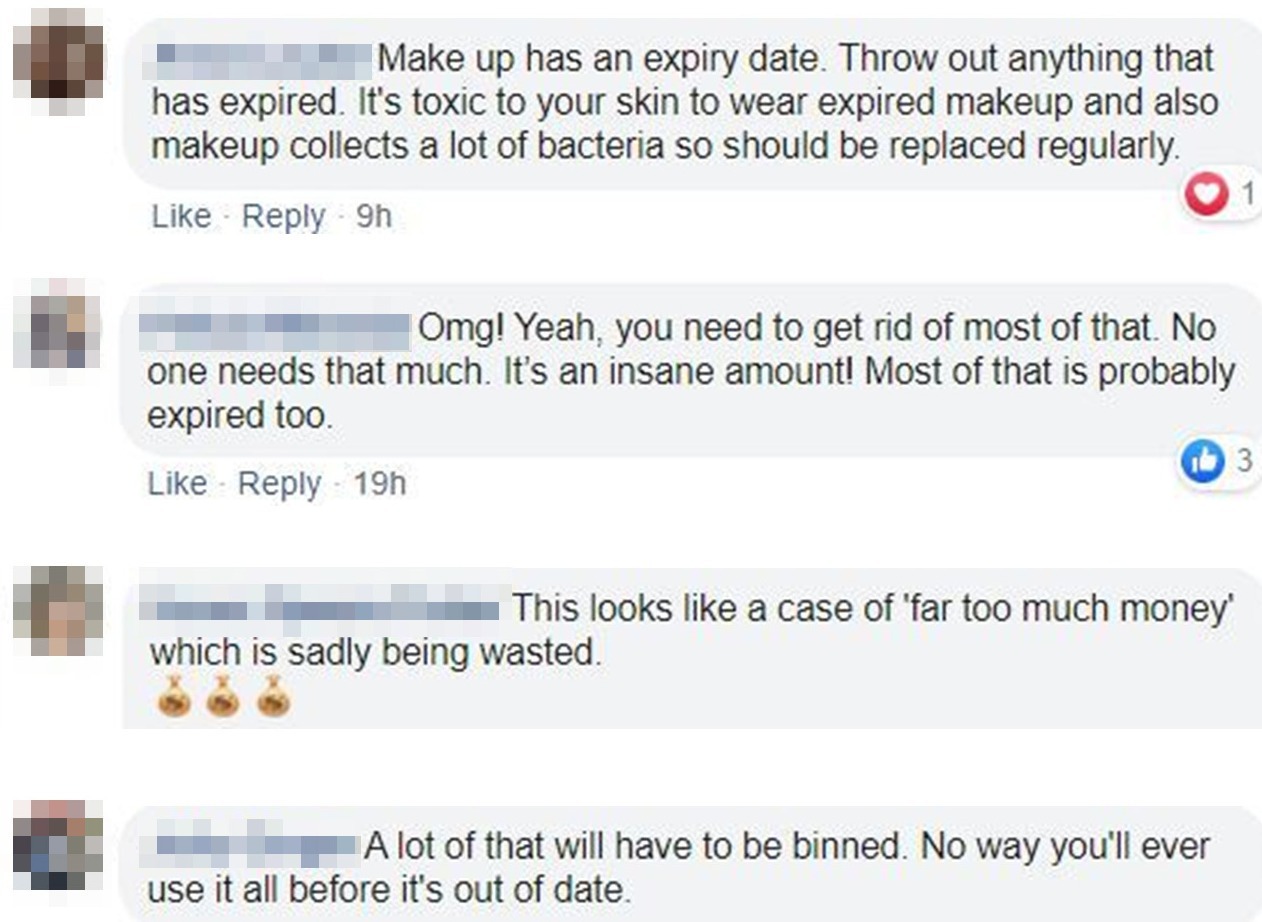 This person thought: “Omg! Yeah, you need to get rid of most of that. No one needs that much. It’s an insane amount! Most of that is probably expired too.”

While this person added: “A lot of that will have to be binned. No way you'll ever use it all before it's out of date.”

But the make-up fan was distraught at the thought of having to bin her collection, claiming most of it was limited edition.

She added: “I can't toss. Clothes, shoes, other things – not so problematic.

“But NOT make-up. In boxes there are mostly Limited Edition treasures.

“That's my collection. I will try to go thru liquid stuff first, I think I can part with that easier.”

Meanwhile this woman nabs £72 worth of Max Factor lipsticks for just £8 from Wilko in mega make-up haul.

Plus Wilko has slashed the price of its Teddy Fleece bedding & it’s the perfect thing for cold winter nights.

And we revealed Ed Sheeran’s baby name for daughter Lyra Antarctica hides a subtle sign about his view of the world, expert claims.