Melania Trump and Donald Trump visited the UK from 3 June to 5 June as part of a three-day state visit. During this time, the couple attended events with members of the Royal Family, including Queen Elizabeth II, and the Prime Minister. For the occasion, the US First Lady had a suitcase full of chic outfits and her wardrobe over the three days totalled an eye-watering £12,652. What’s more, some of her outfits could not be identified which means the total sum is likely to be much more.

As the couple set off for the UK, Melania showed her love of the UK with a midi shirt dress which featured designs of London landmarks.

The green, red and white Gucci dress was nipped in at the waist by a matching green belt and is thought to cost $4400, or £3482.

To land in the UK last Monday, Melania had changed into a navy skirt suit with a white pussybow silk blouse.

The Burberry shirt had a time design and cost £650, and she paired this with Christian Louboutin court shoes, costing £495.

The former model met with members of the Royal Family later that day, and changed into a stunning Dolce and Gabbana dress which she wore with a matching Hervé Pierre hat. 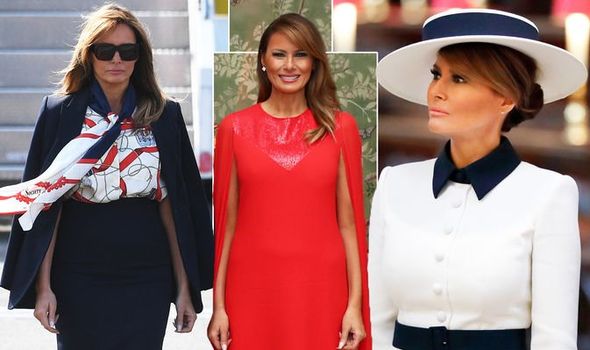 The white fitted outfit had a black belt and white pencil skirt, costing £650, and she matched this with designer Manolo Blahnik heels, and similar pairs are selling for £775.

On the first night of the state visit, the First Lady attended a state dinner where she wore a stunning white gown with sheer panelling.

During the trip, Melania was spotted in an elegant red evening dress, which she wore to attend dinner with Prince Charles, 70.

The red floor-length gown was designed by Givenchy and cost a whopping £5610.

On the last day of the three-day trip, Melania and Donald accompanied the Queen to Portsmouth to attend a service to commemorate the 75th anniversary of D-Day. 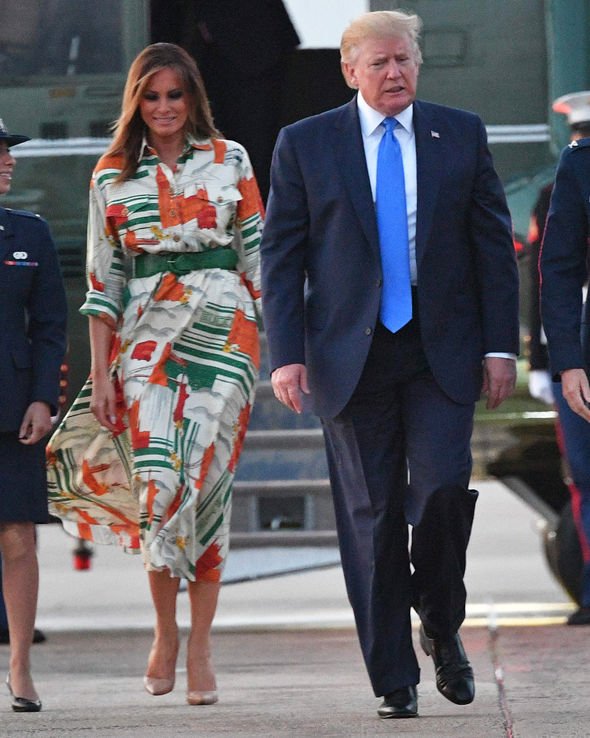 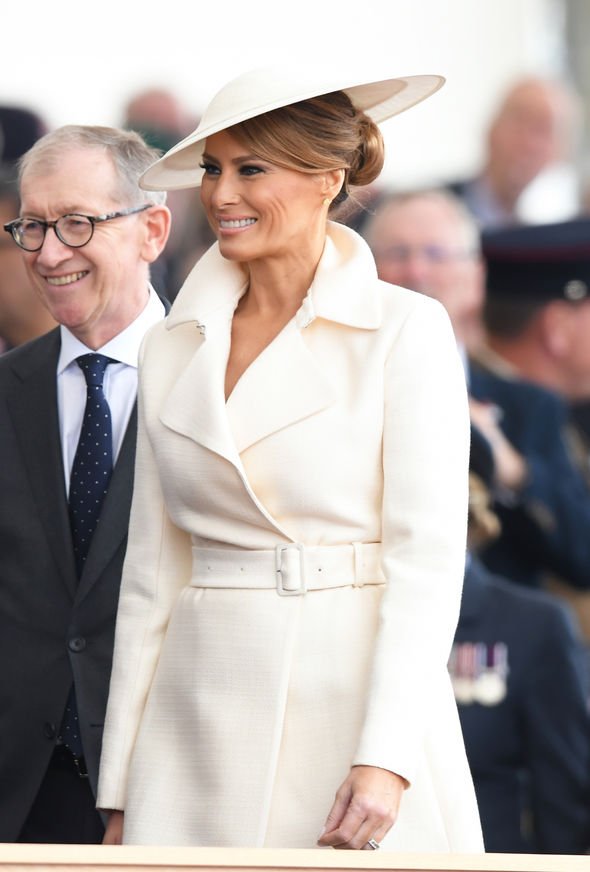 The mum-of-one wore a white wool coat which was pulled in at the waist by a matching belt.

Melania also matched this with an extravagant white hat by Philip Treacy, and similar designs are on sale for £990.

The former model’s love of designer outfits means her state trip wardrobe totalled up to £12,652.

Melania and Donald Trump have been married since 2005, despite having a 24-year age gap.

The First Lady is just 11-years older than her step-daughter, Ivanka Trump, 37.