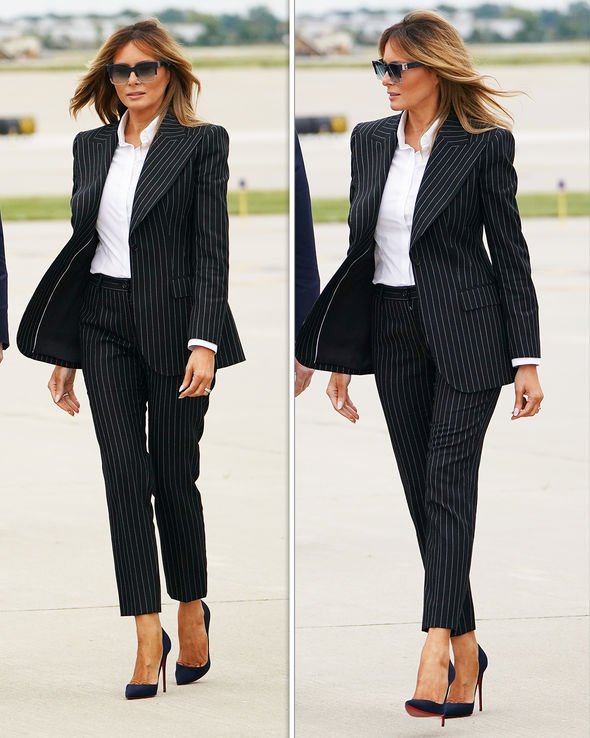 Melania Trump opted for business chic as she arrived at Cleveland Hopkins International Airport. She was spotted with her husband, Donald Trump, as they stepped off Air Force One.

The couple have travelled to Cleveland for the first of three presidential debates.

Donald is set to take part in the debates with Democratic Party candidate Joe Biden.

The debates come just before the 2020 US election which will determine who will serve in office from next year.

Melania was spotted supporting her husband as she travelled with the President. 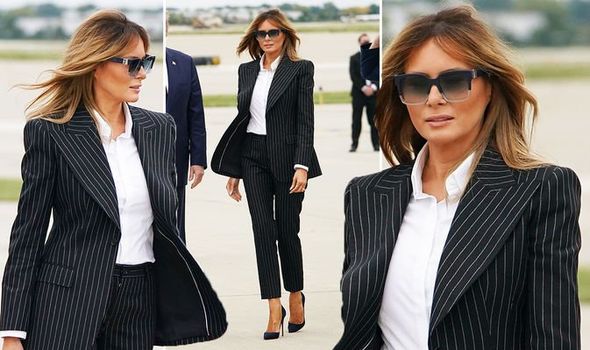 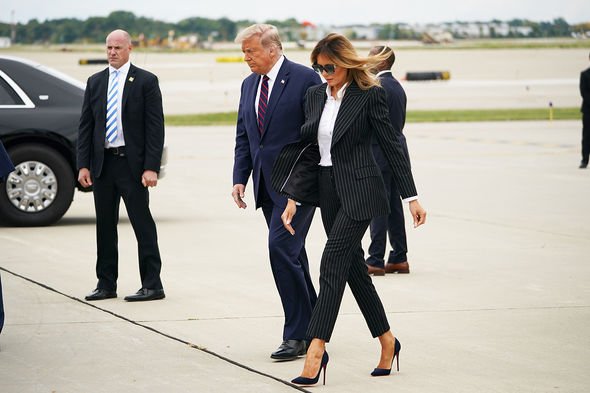 The former model has often been commended for her chic fashion sense while in the White House.

She stepped off the plane looking ready for business in a sleek black suit.

The tailored number had a double-breasted jacket and was cut to show off her slim waist.

The jacket had pockets on either side and she wore the look open.

Melania matched the jacket with a pair of low-rise slim fit trousers.

Both parts of the suit were black and had a stylish white pinstripe design.

Underneath the jacket, Melania was seen to be wearing a fitted shirt.

The white shirt was tucked into her trousers and was slightly unbuttoned, giving it a casual feel. 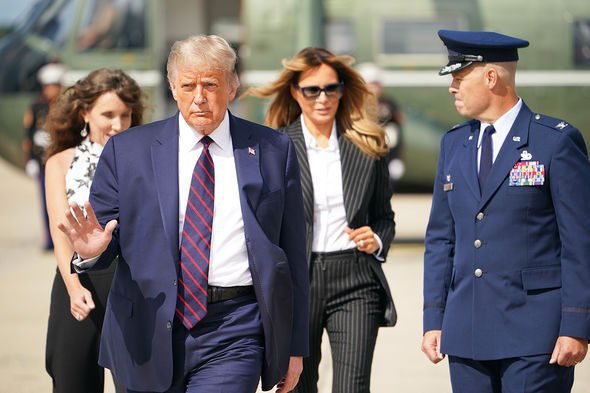 The First Lady styled the look with her go-to Christian Louboutin So Kate pumps, which cost £525.

She covered up with a pair of oversized black sunglasses as she walked across the airport.

Melania kept the rest of her make-up simple and wore a nude lip gloss with a slick of bronzer.

Her light brown locks were styled into a middle parting and she wore her hair straight. 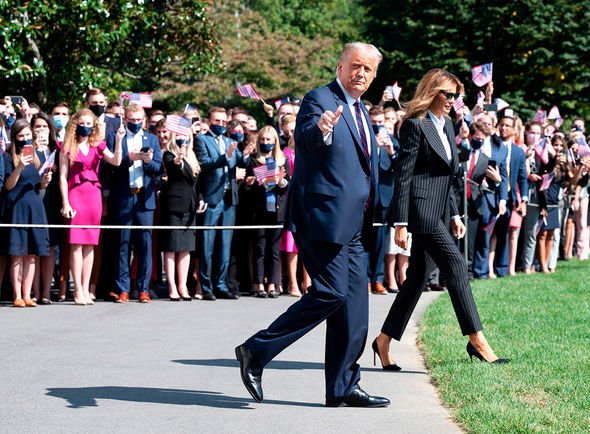 The mother-of-one has been the First Lady of the United States since Donald was inaugurated in 2017.

While Donald has been in office, Melania has embraced the role and will often travel with her husband.

She has also backed campaigns off her own using her political status.