MOST parents will know that keeping a toddler in bed all night is no easy feat, however, one mum has come up with a foolproof way to keep her kids from getting up. 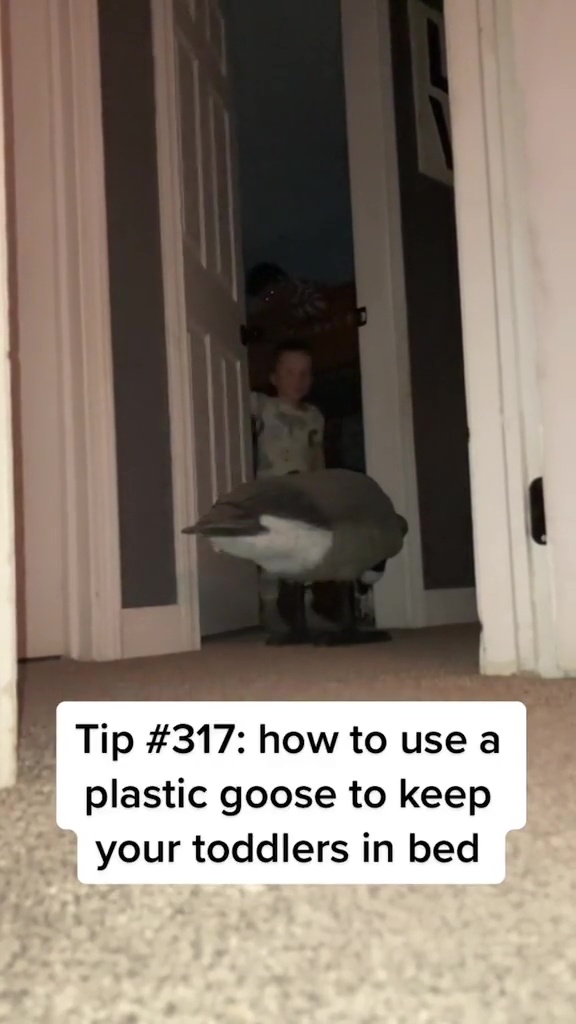 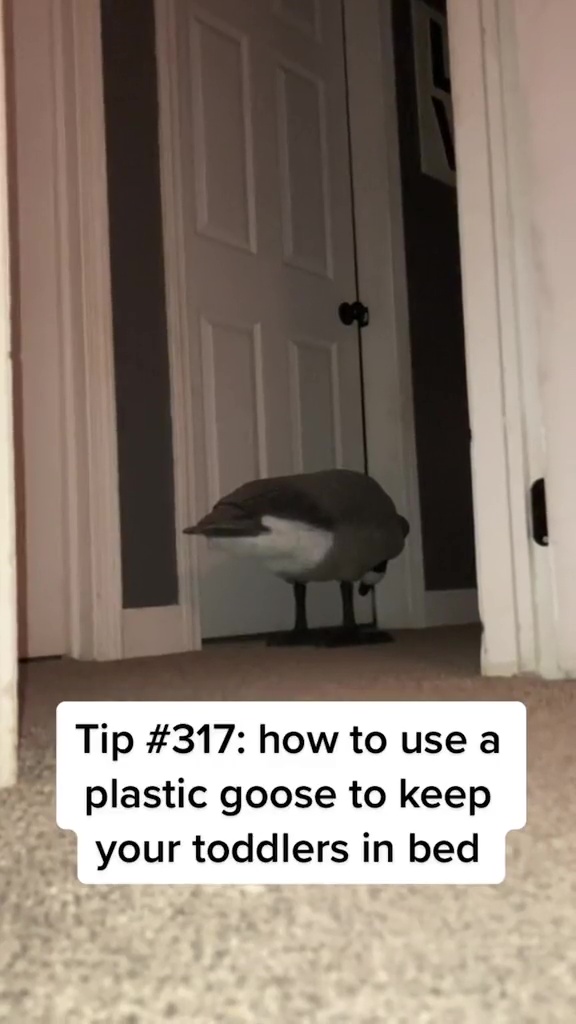 Sharing her hack in a recent video she simply places a life size plastic goose outside her son’s bedroom door, admitting that her boy is so terrified of said goose he refuses to leave.

Taylor then captures her son’s horrified reaction as he opens the door to discover the goose when he attempts to come out after being put to bed, immediately slamming the door.

The video has since gone viral, receiving over 1.3 million views with many agreeing that it was ‘cruel’ of the mum, but admitting they would try it themselves.

"You've heard of Elf on the Shelf, now get ready for goose on the loose," commented one.

"That is so fowl," said another, while a third added, "That's a terrible thing to do to your kids! And also… why didn't I think of this?"

Another wrote: "This is so mean… Where did you get it?"

In other parenting news, this mum was heartbroken when no one came to her autistic son’s party- parents BANNED their kids so she came up with better plan.

And this mum banned her daughter from homework or having friends over as it’s too stressful and insists it’s not neglect.

Plus this mum revealed why she's not buying her baby anything for Christmas – she says it’s a waste of money and urged parents to do the same.