MANY busy mums turn to batch cooking and meal prepping to help things run smoothly around the home each day.

But Amanda Ranit, from Oregon, in the United States, has completely divided opinion after sharing her time-saving method as people reckon her meal idea is disgusting. 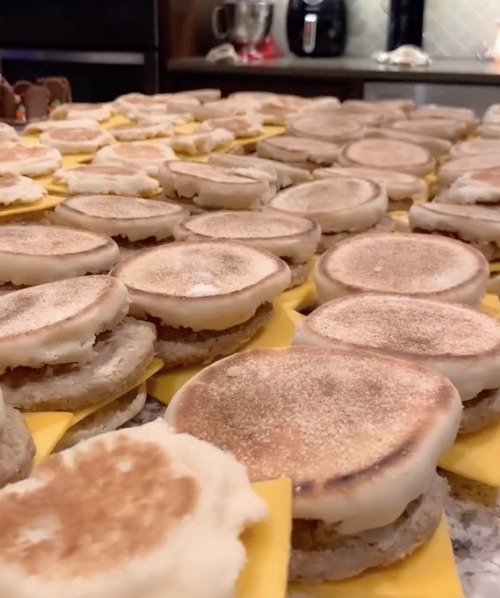 Amanda shared a clip on TikTok demonstrating how she prepares her family's breakfast for an entire month – and showed how she makes up to 100 McMuffin style sandwiches at a time.

After making them, she'll pop them in the freezer and take a few out as required – making mornings a breeze.

In the video, she explained: "I get a lot of questions about how I make these breakfast sandwiches for my family – I make about 100 sandwiches at a time."

She showed a glimpse of her kitchen worktops covered in English muffins as she layered them each with a slice of cheese. 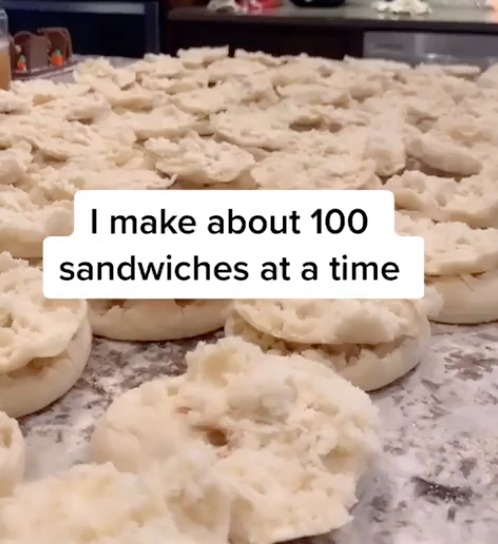 She then explained that she uses pre-cooked frozen sausage patties to mimic the McDonald's version, but sometimes uses "Canadian bacon" instead.

After chucking a patty on each of the muffins, she bags them up and pops them in the freezer, admitting that she stores them for up to three whole months.

She also revealed that the best way to cook them is in an air fryer if you have one, but they can be heated in the microwave if needed. 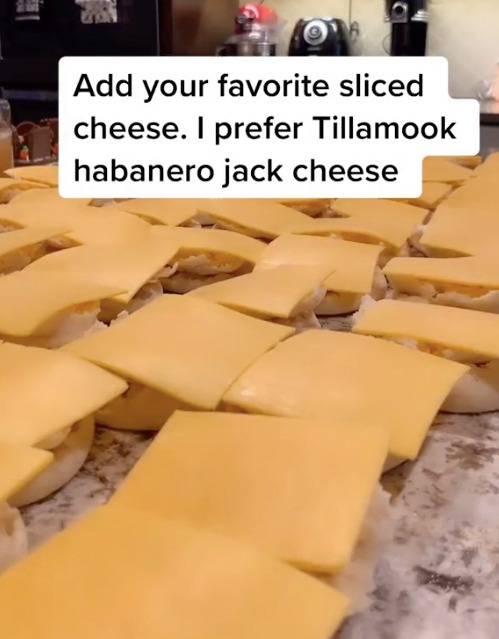 All you have to do on the morning of, she said, is cook up and egg or two if you want the protein.

Some people drooled over the delicious breakfast idea, with other parents particularly impressed by the affordable and time-saving meal.

One person wrote: "A lot more cost effective than the four pack of pre made ones at the store! Love it." 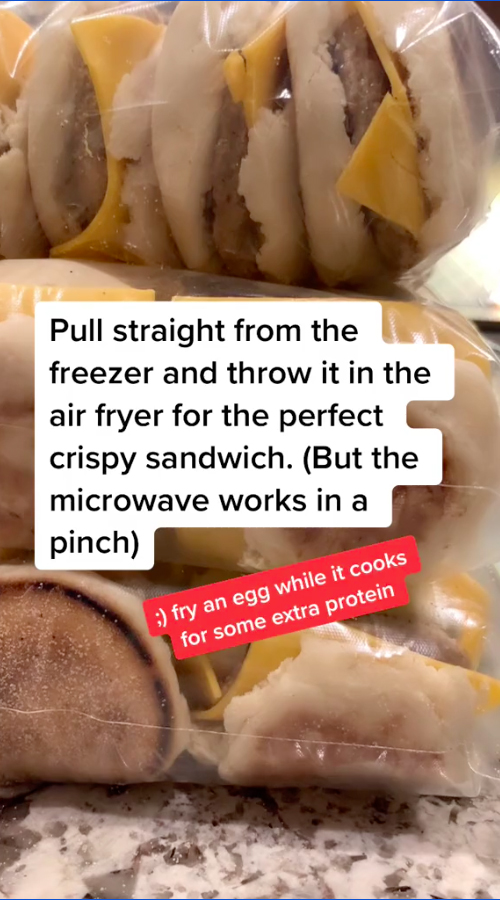 And another wrote: "Brilliant! Having a plan also saves money. Thanks for the ideas!

But the quick and easy meal idea didn't win everyone over as some were disgusted by the food choice.

One person commented: "People really eat this everyday," alongside a vomit emoji.

While another replied: "'Meal prep' what a joke."

Would you eat this everyday? We certainly would.

We also shared how a McDonald’s worker claims that every drink is the same size – but not everyone’s convinced.

And mum shows off her kid’s VERY healthy lunchbox but gets slammed because it’s ‘too grown up’.