If my father had a penny for every mannequin he owned, he would be three cents richer than most, barring those who deal in fashion or fetish. The three lifeless forms that comprise his collection live parallel to the three humans that constitute his real life: my mother, my brother and me.

The first two mannequins came to live with us when I was a teenager. Returning from school one day to our house in the Jamaica neighborhood of Queens, New York, I entered through the garage as I always did, kicked off my shoes at the threshold and opened the door to our basement. After my eyes adjusted to the dark, I stopped in my tracks. Who was standing in front of our basement TV? Guests? No. There was something uncanny in their stillness.

I didn’t ask about them because I didn’t need to. At 16, I was used to my father’s eccentricities. A German immigrant who arrived in New York at 30, he met my gentle, Iranian-born mother at a New Jersey pool party. Their marriage is a strange mix of personalities and cultures but has endured, thanks in part to separate bedrooms.

Minutes after I had shed my backpack, my father poked his head into my bedroom and grinned: “Did you see them?”

I nodded, rolling my eyes.

When my father brought the mannequins into his bedroom, he arranged them as a couple: the female lounging in a beige armchair that matched her trench coat, her pale head obscured by a purple wig that had been trimmed into a French bob, and the male standing by the window in a blue pinstripe suit with the corner of a yellow silk kerchief jutting from its breast pocket.

“That way,” he said, “if anyone looks at our house, they’ll always see the shadow of a man standing by the window and wonder, ‘Who is he?’”

He was referring to the mannequin, but the question also applied to my father, who seemed to crave a legacy larger than the life he’d made.

Over time, the mannequins became part of the bizarre landscape of my father’s bedroom, a veritable fun house cramped with neon light fixtures, paintings stacked like records, leaning towers of books and a small collection of vintage leather purses.

He might have been an artist, but life’s responsibilities led him into property ownership and management. His work clothes were often paint flecked from renovating apartments, his fingernails sullied. On occasion he would treat himself to a manicure, believing that clean hands were the sign of a true gentleman. 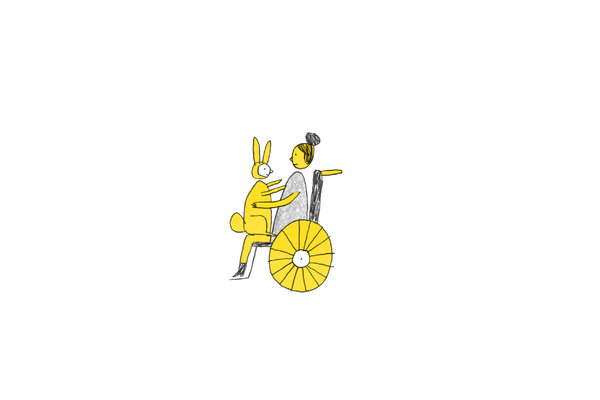 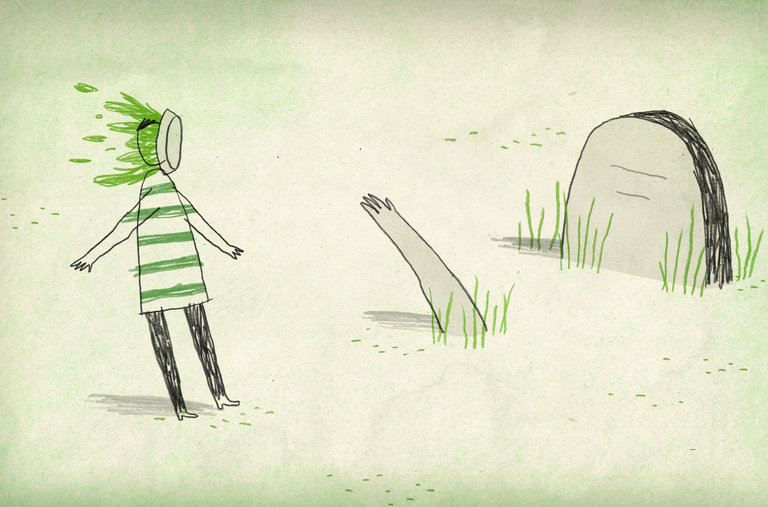 While he channeled his artistic impulses as an avocation, filling rooms with his odd collectibles and outsize personality, my brother and I were privileged enough to turn our artistic endeavors into careers: he a photographer, I a writer.

Even as a teen, I didn’t find any of my father’s strange passions the least bit embarrassing. I relished their absurdity and the reaction from friends when I showed them his mannequins. I recognized the thrill that went with defying convention. To be strange seemed much more exciting than normalcy.

Among his many quirks, my father is famously difficult to shop for, and not one to spare you the blunt force of his honest opinion. I once cut class in college to participate in a bidding war on eBay over a Russian fur cap that I hoped to buy for my father’s Christmas present.

I don’t know why it seemed like the perfect gift. Maybe I had seen an old photo of him wearing one. I sat anxiously at my desk, my trigger finger on my mouse. In a matter of seconds, it was over; I had won. When the cap arrived, I wrapped it and placed it beneath the tree. On Christmas morning, my father pulled out the fur hat and said, “What is this, rat fur? I won’t wear this.”

He kept his word.

The third mannequin was one of my only gifts that he actually liked. One summer I had an entry-level journalism job that was, incredibly, right next to a store that sold mannequins.

One day I wandered in. All around me were hard, lifeless bodies in different shades of skin. Some had heads but lacked facial features; others stopped at the neck. In one corner, arms were piled on top of legs. And that’s when I saw the boy, who looked vaguely like pictures I had seen of my father as a child, in that he was white and blonde.

The boy had a blemish on his left calf, so I struck a deal with the store owner.

“Are you a designer?” she asked.

I smiled and shook my head. As I handed her the $90, I realized I didn’t know how to get it home. I couldn’t carry the mannequin onto the subway with me (though stranger things have happened on the F train), so I made a call.

My brother turned on his flashers and popped the trunk of his car. In broad daylight we gripped the boy and, turning him sideways, attempted to fit him inside, but he was too big to stuff into the trunk whole. We would have to dismember him.

I grabbed an arm. His joints unscrewed, making the task tedious but clean. We shoved the amputated body in headfirst, then tossed in the arms. I shut the trunk feeling victorious and a little sweaty. Wiping my hands, I thought, maybe this birthday would be a success.

That morning, my father ambled into the kitchen, where we had placed the standing mannequin beside the table with his cake. He saw the young, naked mannequin boy across the floor and bounded toward him like a spring doe.

The boy did not move.

We didn’t have clothes small enough, so we dressed him in an old T-shirt of mine: a riff on the common Che Guevara graphic that said “Cher.” It was long enough to conceal the genitalia the boy lacked.

“We don’t want to upset the neighbors,” my father said, but the boy’s spindly legs remained bare for years.

Until one Christmas, when I purchased the second best gift I have ever given my father: a tiny, three-piece suit I found at Macy’s. A week before Christmas, I boldly walked into the mobbed store and up to the children’s section, where I strolled among mothers of real children.

Waiting to pay, I thought how well I must blend in, a young woman holding a three-piece suit for her child. All the while, I couldn’t shake Pinocchio’s voice in my mind: “I’m a real boy!”

When my father opened it, after tearing through his other gifts, he paused for a second until his spitfire brain figured it out. “This is wonderful,” he said, and I felt a thrill creep up my spine.

In his room, he twisted the boy’s arm in unsightly ways to fit the suit, a blue Tommy Hilfiger blazer and pants with a burgundy vest, checkered shirt and bow tie.

After leaving New York for a Texas border town to work as a journalist, I wandered one day into a piñata store in the Mexican border city of Ojinaga that made papier-mâché party favors. Hanging from the ceiling in the back of the store were 5-foot tall versions of Batman, Woody from “Toy Story” and Elsa from “Frozen.” The large ones were $15. Custom orders rarely exceeded $20.

The first time I bought one, I held my breath as I crossed the border at the port of entry. “It’s a piñata,” I told the agent as he peered in, lest he mistake it for a body.

I began to collect them without even meaning to. There was a custom-made Homer Simpson I bought for my brother’s birthday but couldn’t figure out how to get to him without ruining it, a life-size boy with a cardboard guitar as part of a very involved Halloween costume and, finally, Ariel from “The Little Mermaid.”

I told friends Ariel was for a photo project, a commentary on the depletion of water resources in West Texas, but really I just liked riding with her in my car, windows down, wind blowing in her crimson tissue paper hair.

The whole point of piñatas is to destroy them, but I kept mine intact, and they became part of the décor of my house. “Have you seen Sasha’s piñatas?” friends began to ask with raised eyebrows.

One day, after three years of living on the border, I walked into the piñata store clutching a handful of printed photographs.

“Hi Sasha,” said the owner, his hands deep in wheat paste. At this point, we knew each other well. There had never been a project he hadn’t been able to execute.

Squinting at the images of my father, he said, “Who is he?”

Sasha von Oldershausen, a journalist based in New York City, has written most recently about border issues and immigration.

Modern Love can be reached at [email protected]