PEOPLE can’t believe this brother and sister: she’s two years old, but her “giant” five-month-old sibling is the same size as her.

Thousands of viewers were stunned by this picture of a 2-year-old girl holding her baby brother – they’re the same size, and their mum says she thinks her baby weighs more than her toddler. 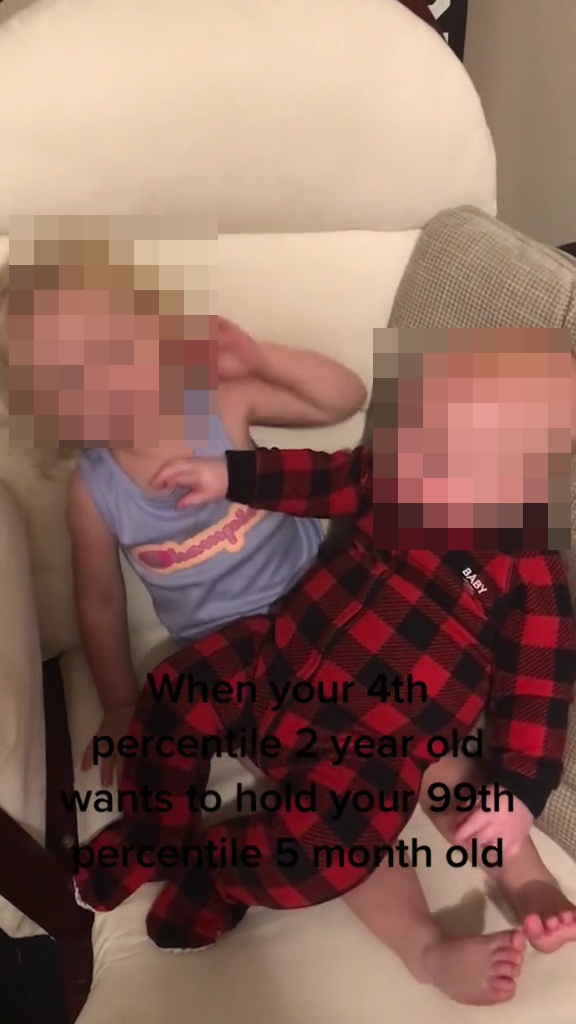 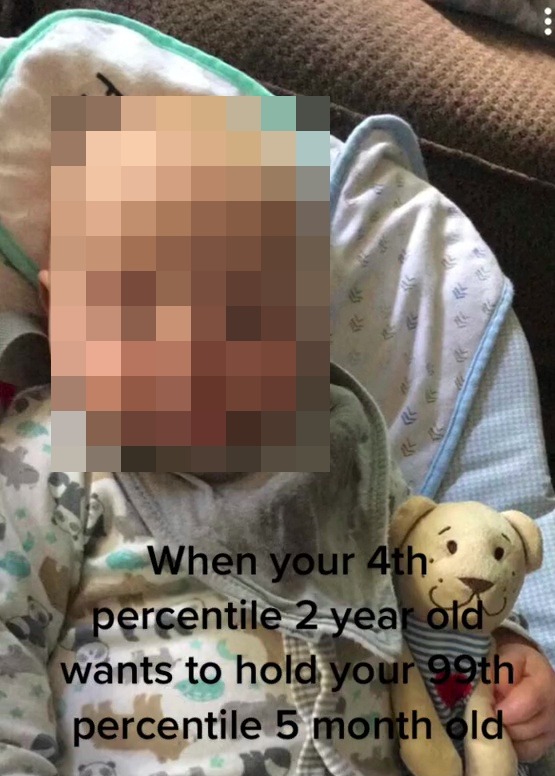 Mum and Tiktok user Megan shared the hilarious clip with her followers and quickly went viral.

Showing her kids in the video, she said: “When your 4th percentile 2-year-old wants to hold your 99th percentile 5-month old.”

Commenters couldn’t believe just how big the five-month-old was compared to his big sister.

”OH MY GOD HE’S MASSIVE I LOVE HIM”, enthused one viewer, while another shocked commenter said: “THEY ARE THE SAME SIZE HAHAHAHA.”

Plenty of viewers were just in stitches at the video.

“I’ve watched this so many times and I can’t stop laughing”, said one entertained commenter, while a second wrote: “I just spit out my water! I wasn’t ready!”

Lots of viewers revealed that they think second-born children are always bigger than their older siblings.

“Haha my two-year-old is almost as tall as his six-year-old brother”, wrote one mum.

Another viewer said: “I swear second babies are coming out as giants.”

A third agreed: “People used to ask if me and my brother were twins but I’m 18 months older than him!”

“My babies have that problem too!” said a fourth.

In other parenting news, A woman confessed to being a "bad mum", and said that other parents hate her because she lets her three-year-old son swear… but it’s always in the right context.

And, another mum shared the genius way she stops tantrums without a time out.

Plus, this mum shared the single word she uses to make her kids immediately stop and listen, tone and volume is key.