AS AN occupational therapist, Jennie Nicholls prided herself on her professionalism, but that all changed when she fell for one of her patients.

Chris was the new face in the acute spinal rehabilitation unit at Sydney’s Prince of Wales hospital where the 48-year-old worked. 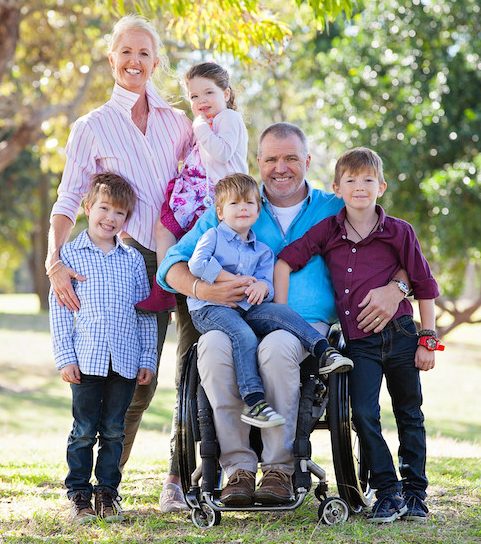 Just days before, Chris, now 51, and his girlfriend had been on a motorbike when a truck smashed into the back of them.

Although both were injured, Chris had taken the brunt of the crash and his spine had snapped.

Aged 33, the project manager, had been due to start a new job but was now permanently paralysed from his ribs down.

Eager to know how he could live an independent life, Chris was full of questions for Jennie, who initially found them a little overbearing. 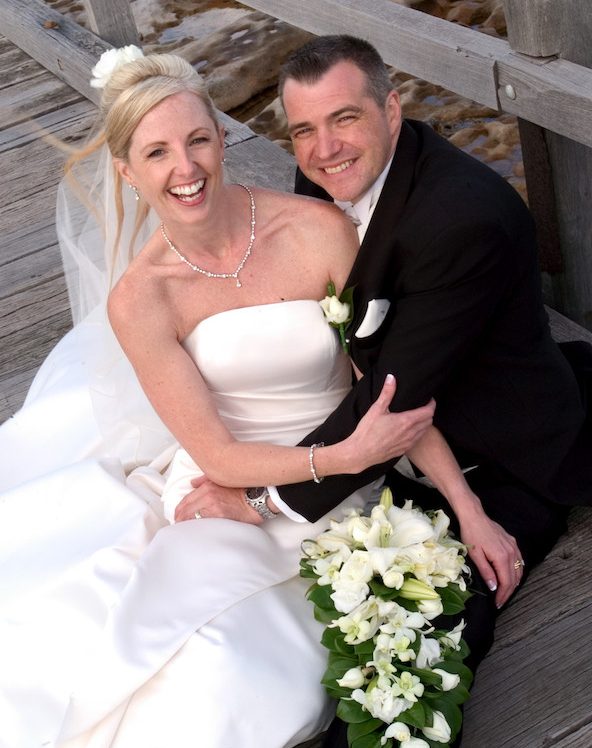 She said: “I thought ‘He needs to calm down and let us do our jobs.’

“But I admired him. Instead of wallowing, he was ‘project managing’ his recovery! Chris had a really caring side, too.

“Both in relationships, we soon became friends.”

Eight months later Chris was discharged and he hired Jennie as his private OT to maximise his rehabilitation. 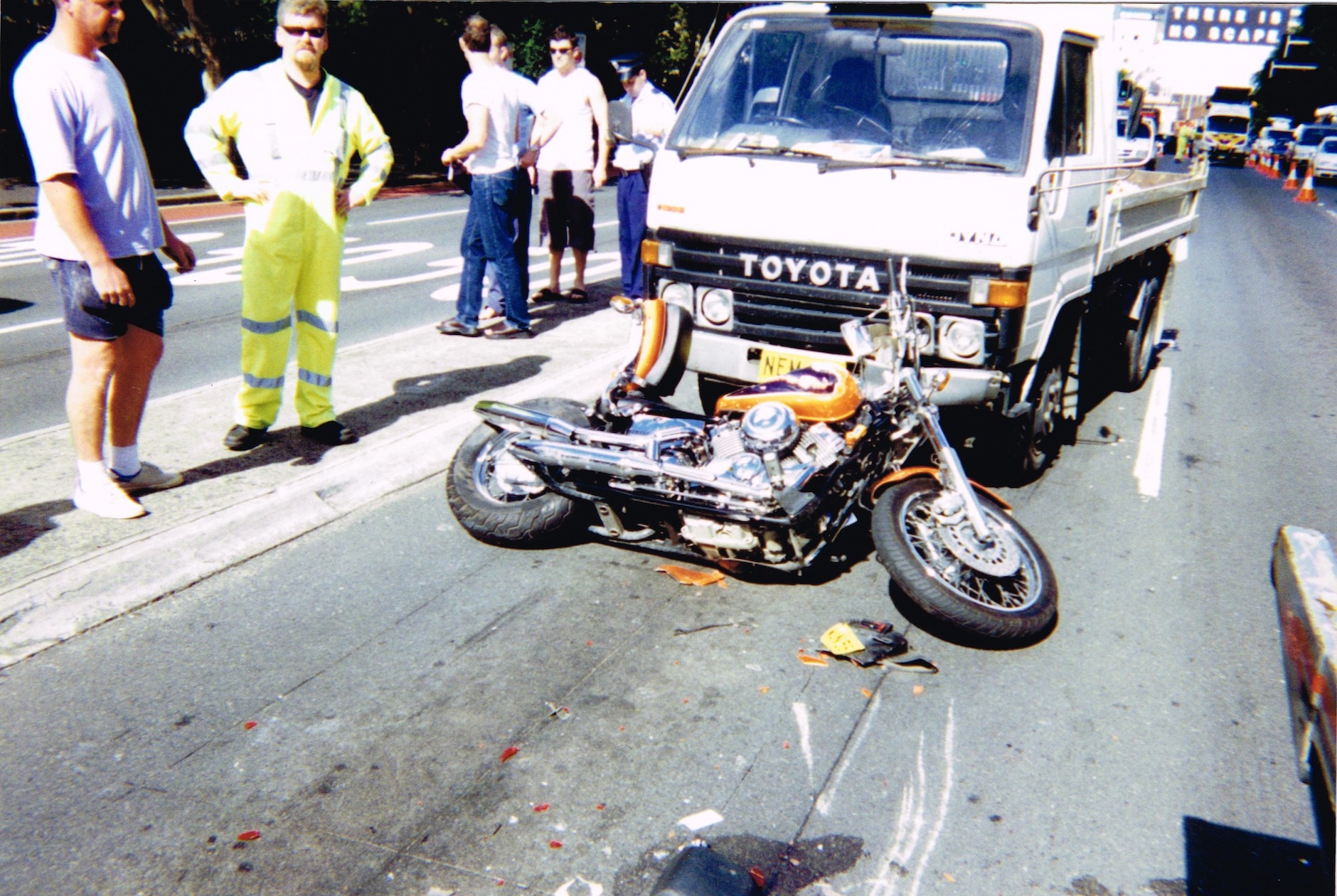 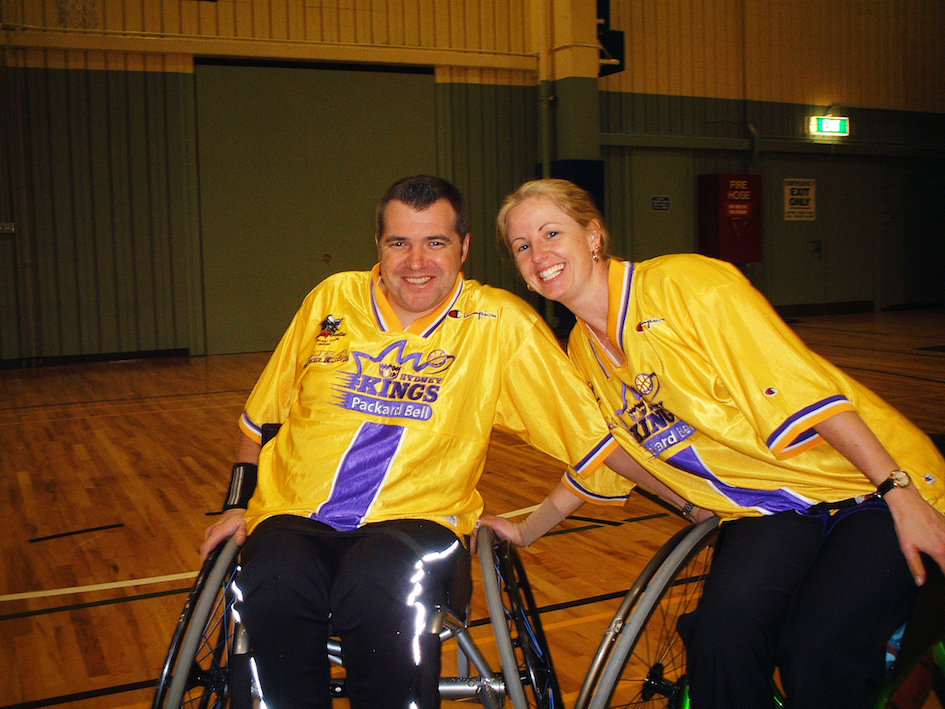 Keen to try wheelchair basketball Jennie took Chris to a session, and she gave it a try too.

“It’ll give me insight into using a wheelchair, I thought” she explained. “Plus, it was fun.”

Soon the pair were playing matches together every weekend, and feelings started to develop.

Jennie continued: “It began to dawn on me that the admiration I had for Chris was turning into attraction.

“By now we were both single, and I felt something in our relationship shift. 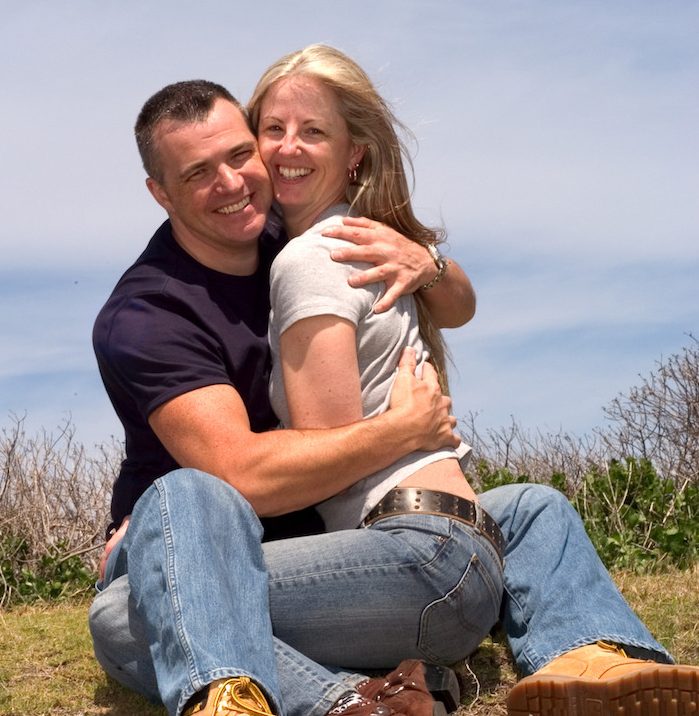 “I’ve fallen for a patient, I realised. This was huge.

“Sitting in his lounge room one evening, I got an urge to tell Chris about my growing feelings for him.

“I kept quiet though, mindful of the professional boundaries.

“Then, one evening after rehab, Chris asked me if I’d like to stay for a drink. I realised he felt it too.

“So the next day, I quit as his therapist.” 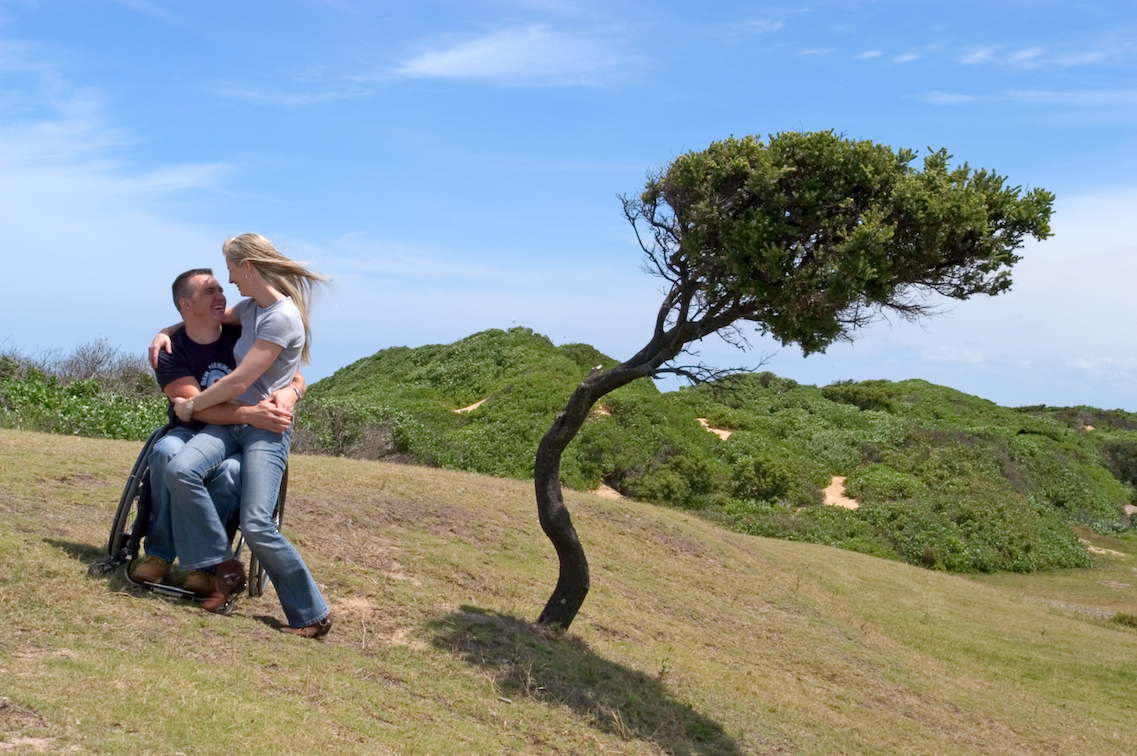 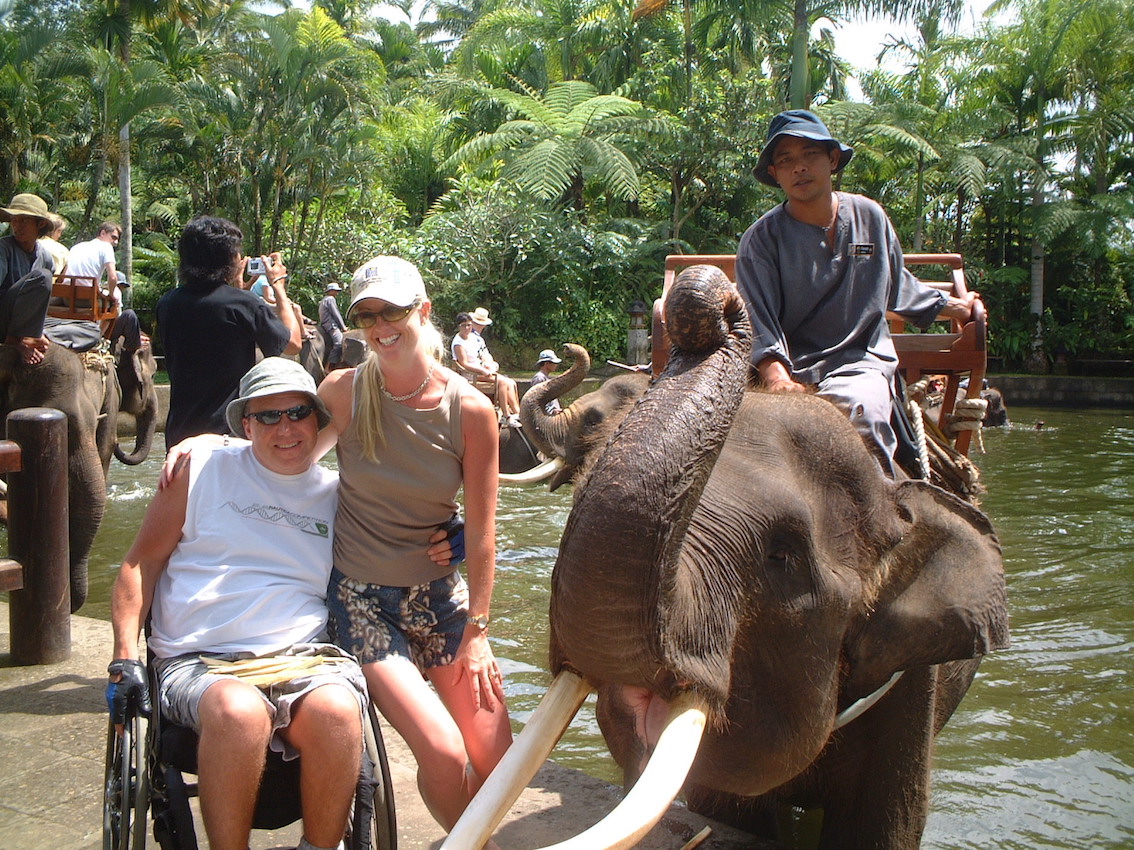 Jennie told Chris that there was a “conflict of interest” and the pair began dating but kept it secret, with Jennie concerned about what people might think.

However, Jennie had nothing to worry about.

She explained: “When we finally shared our news, everyone could see that we were made for each other.

“Together, we found ways to have overseas adventures and even visited Thailand and South Africa with Chris in his wheelchair. 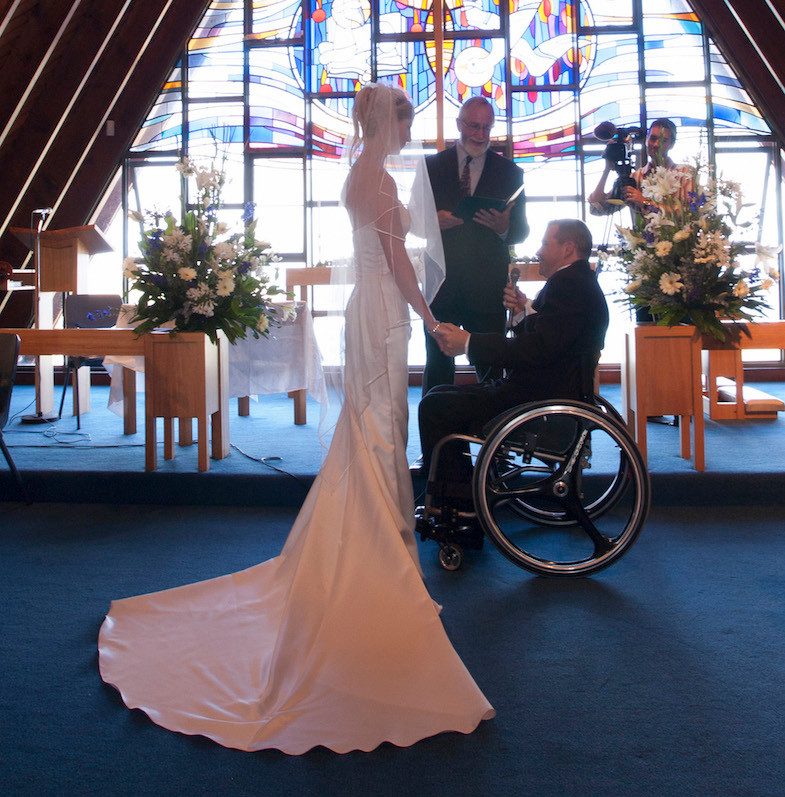 Three years after they first met, the couple were speaking to some newlyweds at the pool of their apartment complex, who were complaining people were pressuring them to have a baby.

Jennie said: “Chris teased them about when they were going to have a baby, but the guy replied ‘when are you going to marry Jen?’”

To Jen’s amazement Chris asked someone to help him out of his chair. 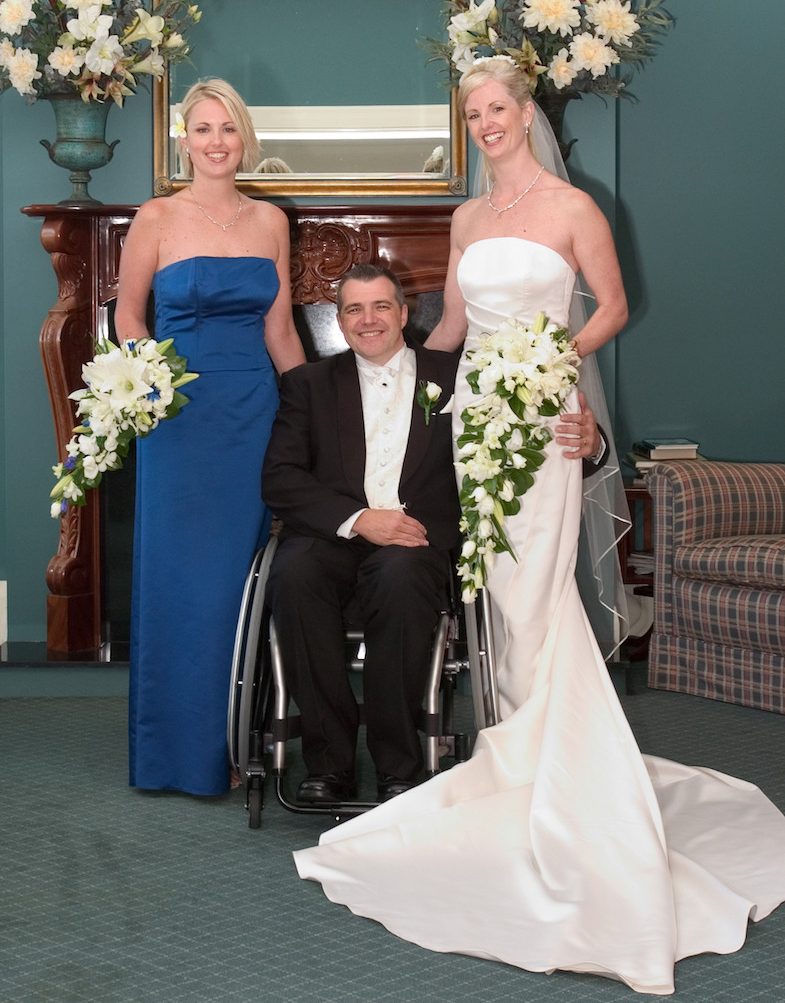 “Then, despite having no feeling in his legs, he somehow balanced on one knee. It was incredible. He asked me to marry him.”

After Jennie agreed a neighbour loaned the pair a diamond ring until Chris had time to buy one himself.

The couple were married the following year at the hospital chapel, and had their first dance to More by Frank Sinatra.

“There wasn’t a dry eye in the house!” says Jennie.

Settling into married, the couple were keen to start a family, and although they couldn’t conceive naturally but IVF could help.

In September 2006, the couple met with Derek Lok, an expert in male fertility. 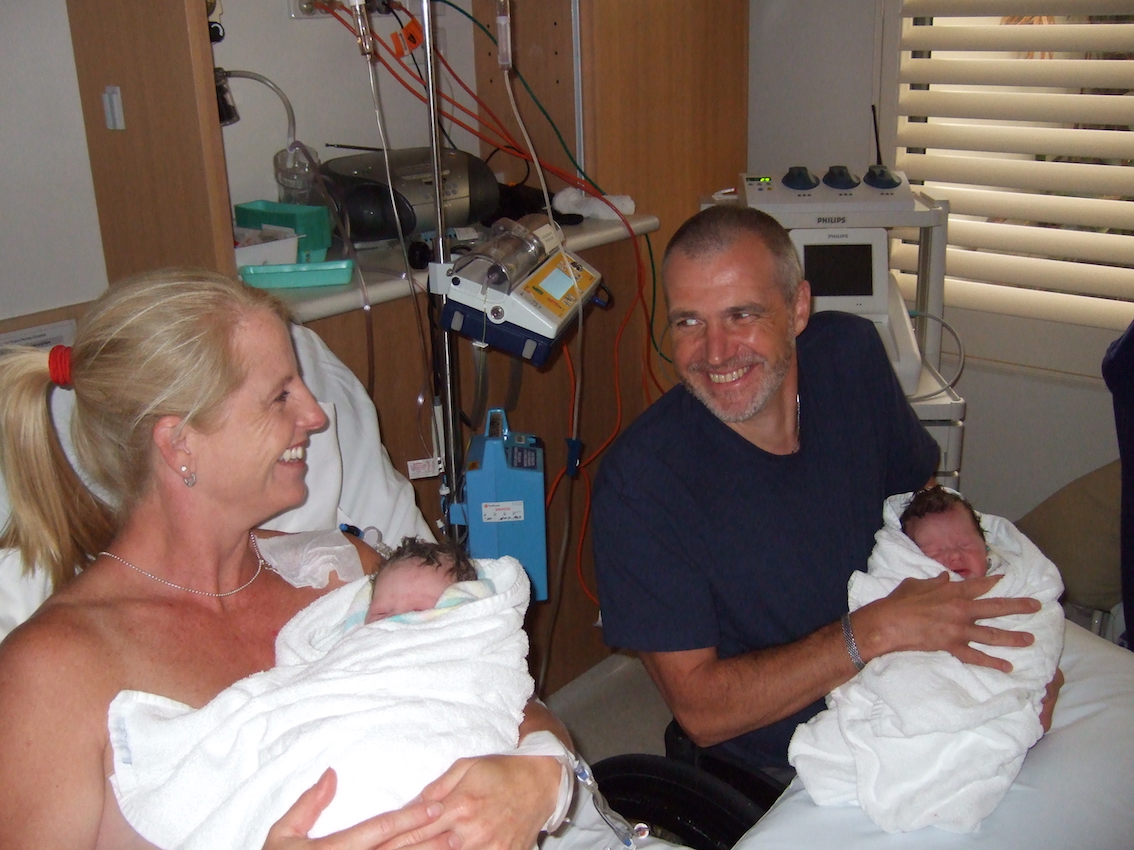 Jennie said: “After only one round of treatment, we got an amazing phone call to tell us that we were expecting.”

Jennie said: “Holding him for the first time was such a precious moment, and when Chris cuddled his son, he had tears in his eyes.

“Bringing Josh home, we quickly realised that – like all new parents – we had heaps to learn.

“I took charge of feeding, while Chris handled winding. 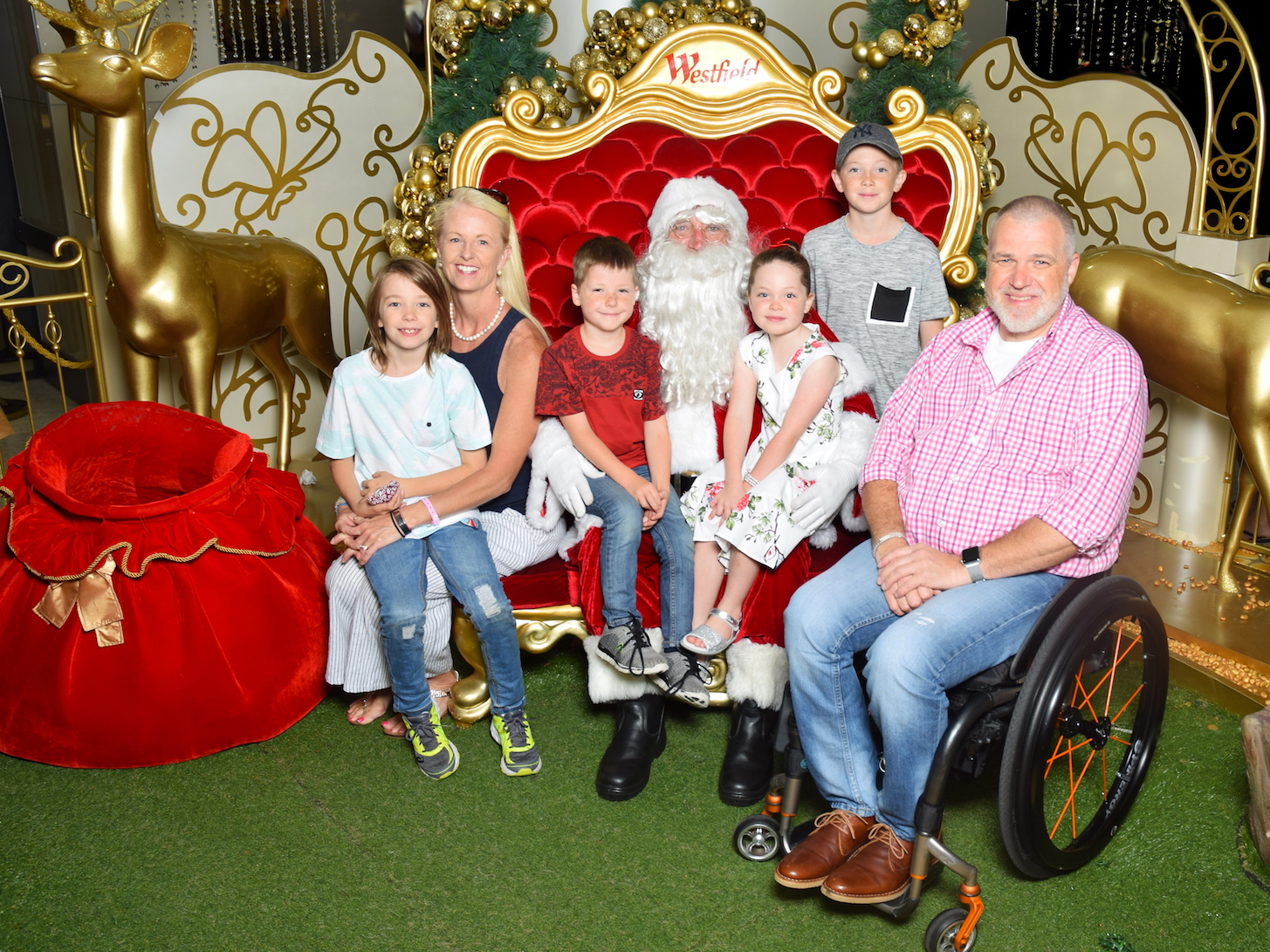 “I bathed our tiny bub, and when he was bigger, Chris washed him in the shower with him.

“And we were both in charge of cuddles.

“Josh would lie contentedly on a pillow on Chris’ lap, and his bassinet had wheels so Chris could move him around.”

Three years later, the couple became parents for the second time when they welcomed Zach.

And two years after that, Chris and Jennie were delighted to welcome twins, Charlotte, and Samuel. 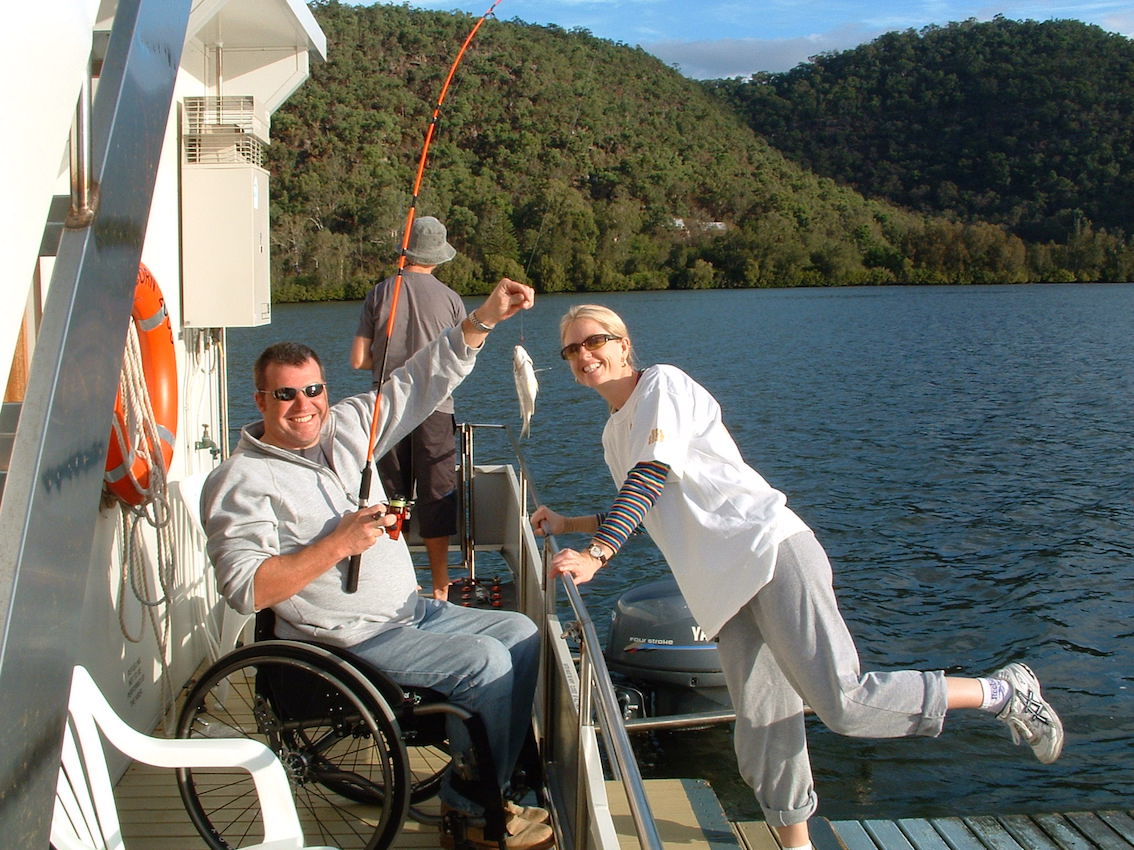 Jennie has continued her work as an occupational therapist alongside Chris, running  a consultancy, to help other people in the community who have spinal cord injuries.

Jennie said: “Much of my hospital work is funded by donations to the Prince of Wales Hospital Foundation –  the place Chris, and I first found each other.

“I never dreamed I’d meet the love of my life in hospital, but we’re proof life is full of surprises.”

Chris said: “When I met Jennie she knew us spinal patients were doing it tough but she always had a laugh with us.

“She would always try to put herself in our position and understand how even ‘the little things’ were important.

“My accident changed my life forever, but in ways I never expected.”

Elsewhere we told you about a woman whose boyfriend had no idea she was bald until she went into labour with their first child.

And in other real life news a woman has revealed how sex with the world's fattest man was "great" but a loaf of bread split them up.